US Air Force loadmasters and pilots assigned to the 816th Expeditionary Airlift Squadron, load passengers aboard a US Air Force C-17 Globemaster III in support of the Afghanistan evacuation at Hamid Karzai International Airport in Kabul, Afghanistan on Aug 24, 2021.
Reuters
PUBLISHED ONAugust 26, 2021 10:55 AM

The United States and allies urged people to move away from Kabul airport on Thursday (Aug 26) due to the threat of a terror attack by Islamic State (IS) militants as Western troops hurry to evacuate as many people as possible before an Aug 31 deadline.

Pressure to complete the evacuations of thousands of foreigners and Afghans who helped Western countries during the 20-year war against the Taliban has intensified, with all US and allied troops due to leave the airport next week.

In an alert issued on Wednesday evening, the US embassy in Kabul advised citizens to avoid travelling to the airport and said those already at the gates should leave immediately, citing unspecified "security threats".

In a similar advisory, Britain told people in the airport area to move away and its armed forces minister, James Heappey, said intelligence of a possible suicide bomb attack by IS militants had become "much firmer". 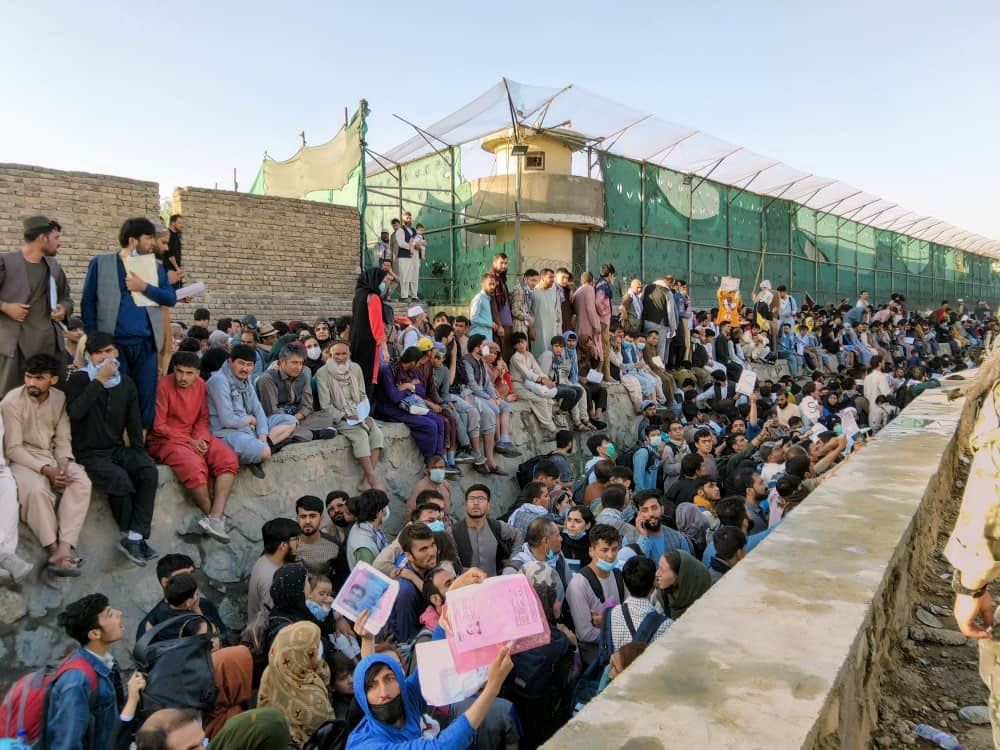 "I can't stress the desperation of the situation enough. The threat is credible, it is imminent, it is lethal. We wouldn't be saying this if we weren't genuinely concerned about offering Islamic State a target that is just unimaginable," Heappey told BBC radio.

Australia also issued a warning for people to stay away from the airport while Belgium ended its evacuation operations because of the danger of attack.

The Dutch government also issued a warning and said it expected to carry out its last evacuation flight on Thursday, leaving behind some who are eligible to travel to the Netherlands.

A Western diplomat in Kabul said areas outside the airport gates were "incredibly crowded" again despite the warnings. 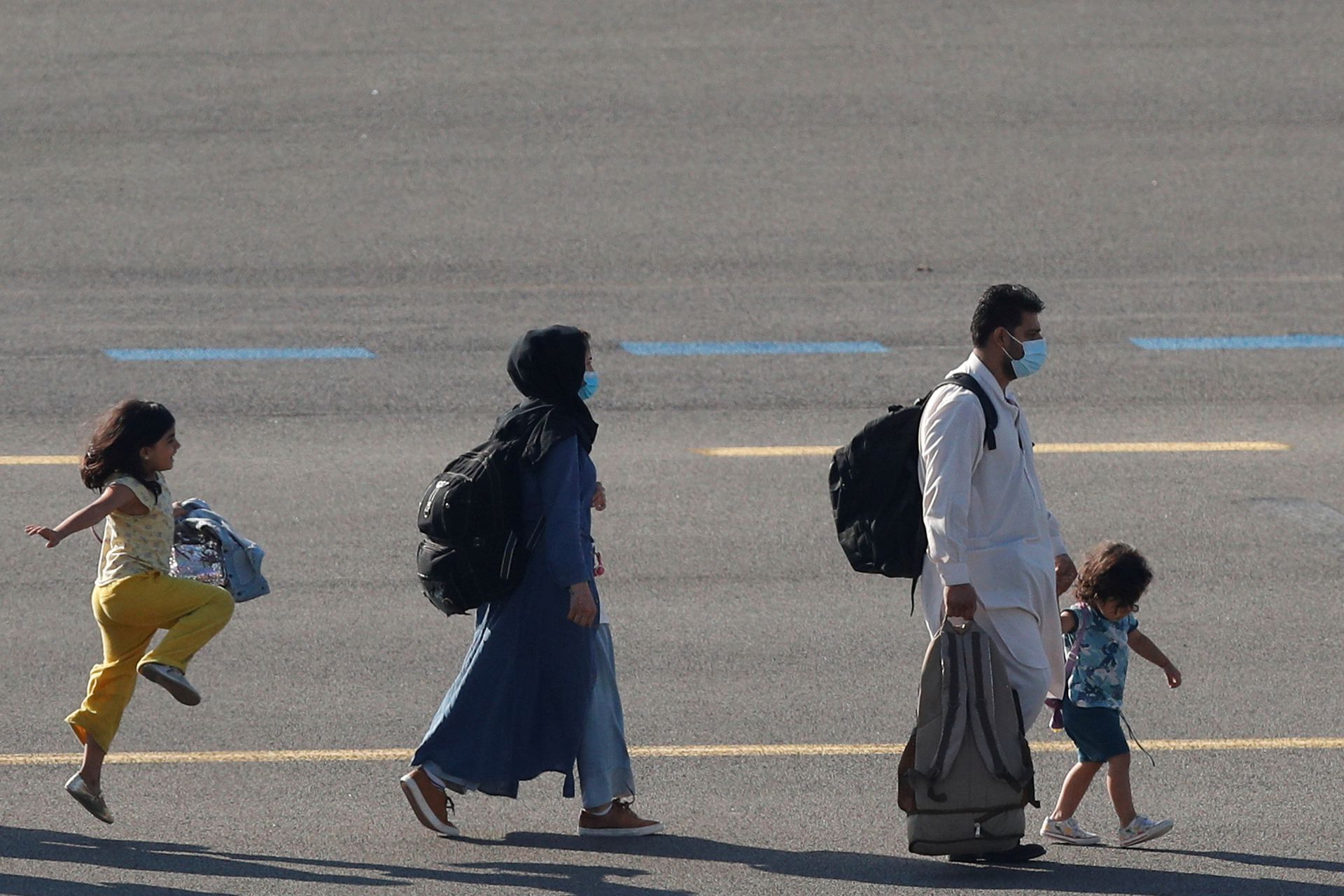 The Taliban, whose fighters are guarding the perimeter outside the airport, are enemies of the Afghan affiliate of Islamic State, known as Islamic State Khorasan (ISIS-K), after an old name for the region.

"Our guards are also risking their lives at Kabul airport, they face a threat too from the Islamic State group," said a Taliban official, who spoke on condition of anonymity.

The warnings came against a chaotic backdrop in the capital, Kabul, and its airport, where a massive airlift of foreign nationals and their families as well as some Afghans has been underway since the Taliban captured the city on Aug 15.

While Western troops in the airport worked feverishly to move the evacuation as fast as possible, thousands of people still thronged outside, trying to flee rather than stay in a Taliban-ruled Afghanistan. Ahmedullah Rafiqzai, a civil aviation official at the airport, said people continued to crowd around the gates despite the attack warnings.

"People don't want to move, it's their determination to leave this country that they are not scared to even die," he told Reuters.

Focus to shift to troops

A NATO country diplomat said that although the Taliban were responsible for security outside the airport, threats from Islamic State could not be ignored .

"Western forces, under no circumstances, want to be in a position to launch an offensive or a defensive attack against anyone," the diplomat added.

It was unclear how many eligible people hoping to travel were left but one Western official said an estimated 1,500 US passport and visa holders were trying to get to the airport.

The White House said President Joe Biden was briefed on Wednesday about the threat from the ISIS-K group as well as contingency plans for the evacuation.

Biden has ordered all troops out of Afghanistan by the end of the month to comply with a withdrawal agreement with the Taliban, despite European allies saying they needed more time to get people out.

In the 11 days since the Taliban swept into Kabul, the United States and its allies have mounted one of the biggest air evacuations in history, bringing out more than 88,000 people, including 19,000 on Tuesday.

The US military says planes are taking off the equivalent of every 39 minutes.

US Secretary of State Antony Blinken said at least 4,500 American citizens and their families had been evacuated from Afghanistan since mid-August.

The US military said it would shift its focus to evacuating its troops in the final two days before the Aug 31 deadline. 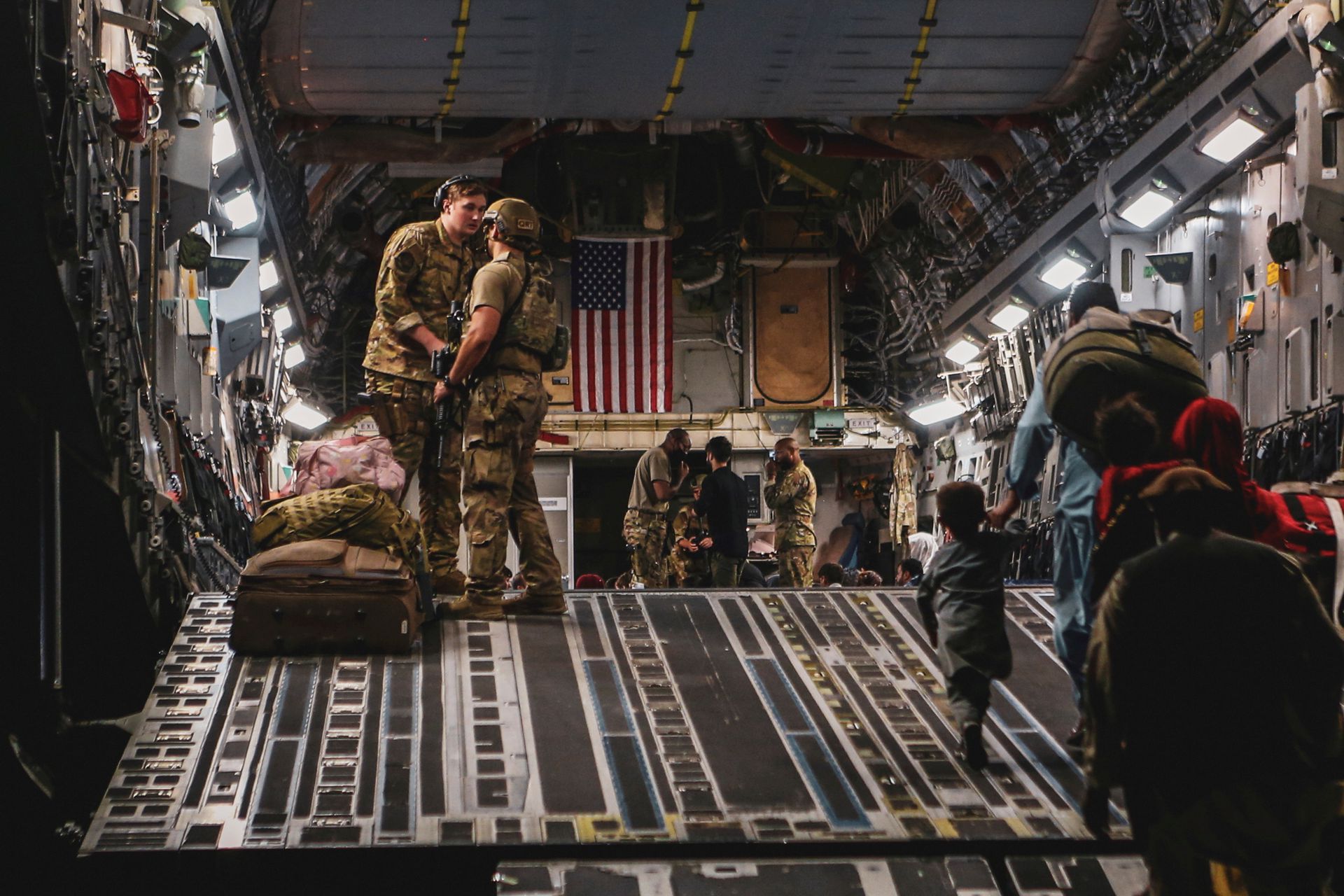 The Taliban have said foreign troops must be out by the end of the month.

They have encouraged Afghans to stay, while saying those with permission to leave will still be allowed to do so once commercial flights resume after the foreign troops go.

The Taliban's 1996-2001 rule was marked by public executions and the curtailment of basic freedoms. Women were barred from school or work.

The Taliban have said they will respect human rights and not allow terrorists to operate from the country.

Italian Prime Minister Mario Draghi said governments of the Group of 20 major economies must be committed to making sure fundamental freedoms and basic rights for women are preserved.