US anti-missile defences intercepted as many as five rockets that were fired at Kabul's airport early on Monday (Aug 30) morning, a US official said, as the United States rushed to complete its withdrawal from Afghanistan to end its longest war.

Having evacuated about 114,400 people - including foreign nationals and "at-risk" Afghans - in an operation that began a day before Kabul fell to the Taliban on Aug 15, US and allied forces are set to complete their own withdrawal by Tuesday to meet a deadline agreed with the Islamist militants.

The number of US troops at the airport had fallen to below 4,000 over the weekend, with efforts to depart becoming more urgent after an Islamic State suicide bomb attack outside the gates on Thursday killed scores of Afghan civilians and 13 US military personnel.

Afghan media reports said Monday's rocket attack was mounted from the back of a vehicle. 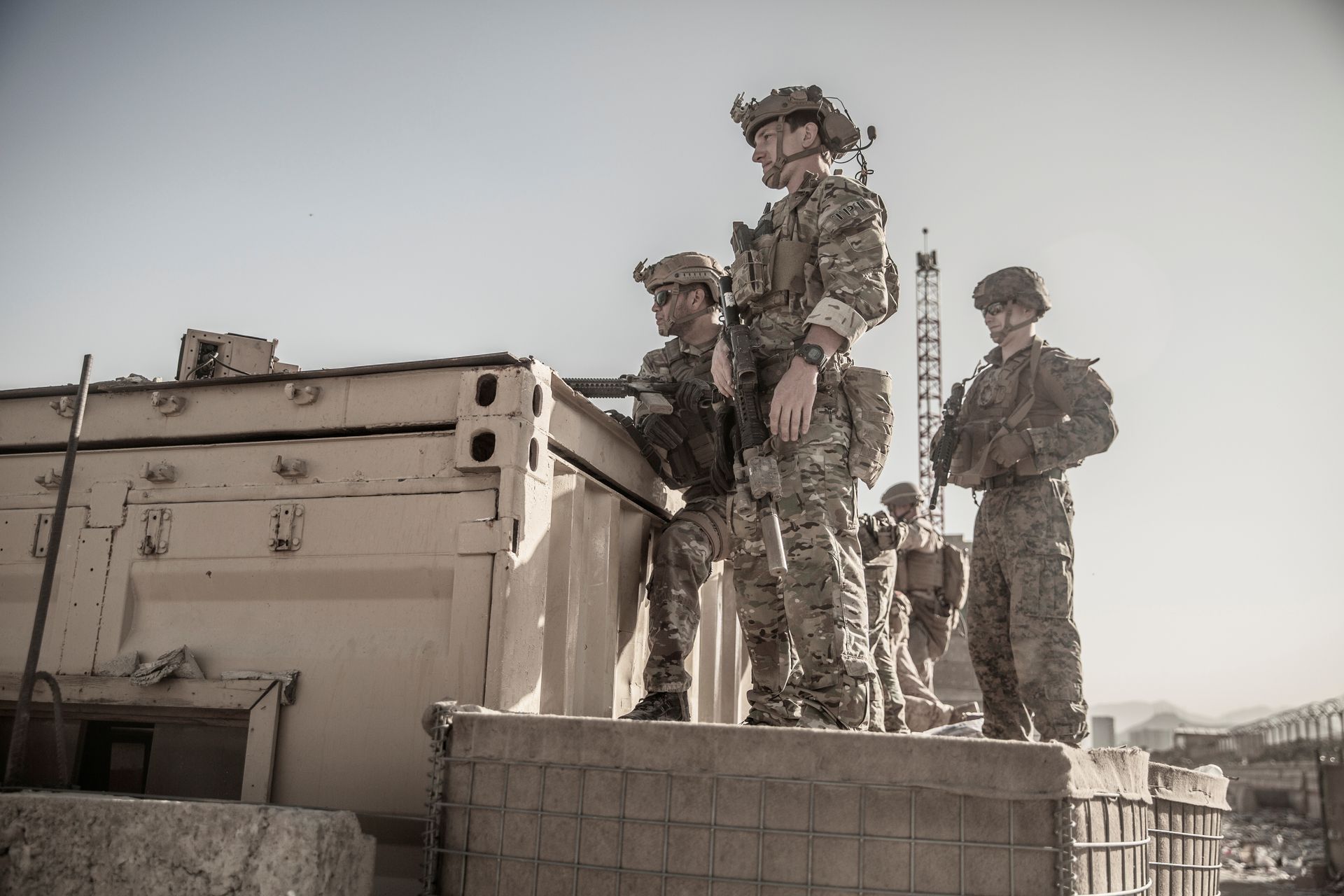 Initial reports did not indicate any US casualties from the latest rocket attack, the US official, speaking on the condition of anonymity, told Reuters.

A White House statement said US President Joe Biden reconfirmed his order that commanders do "whatever is necessary to protect our forces on the ground", after being briefed on the attack, and he was informed that operations continued uninterrupted at the airport.

On Sunday, a US drone strike killed a suicide car bomber who Pentagon officials said was preparing to attack the airport on behalf of ISIS-K, a local affiliate of Islamic State that is an enemy of both the West and the Taliban. 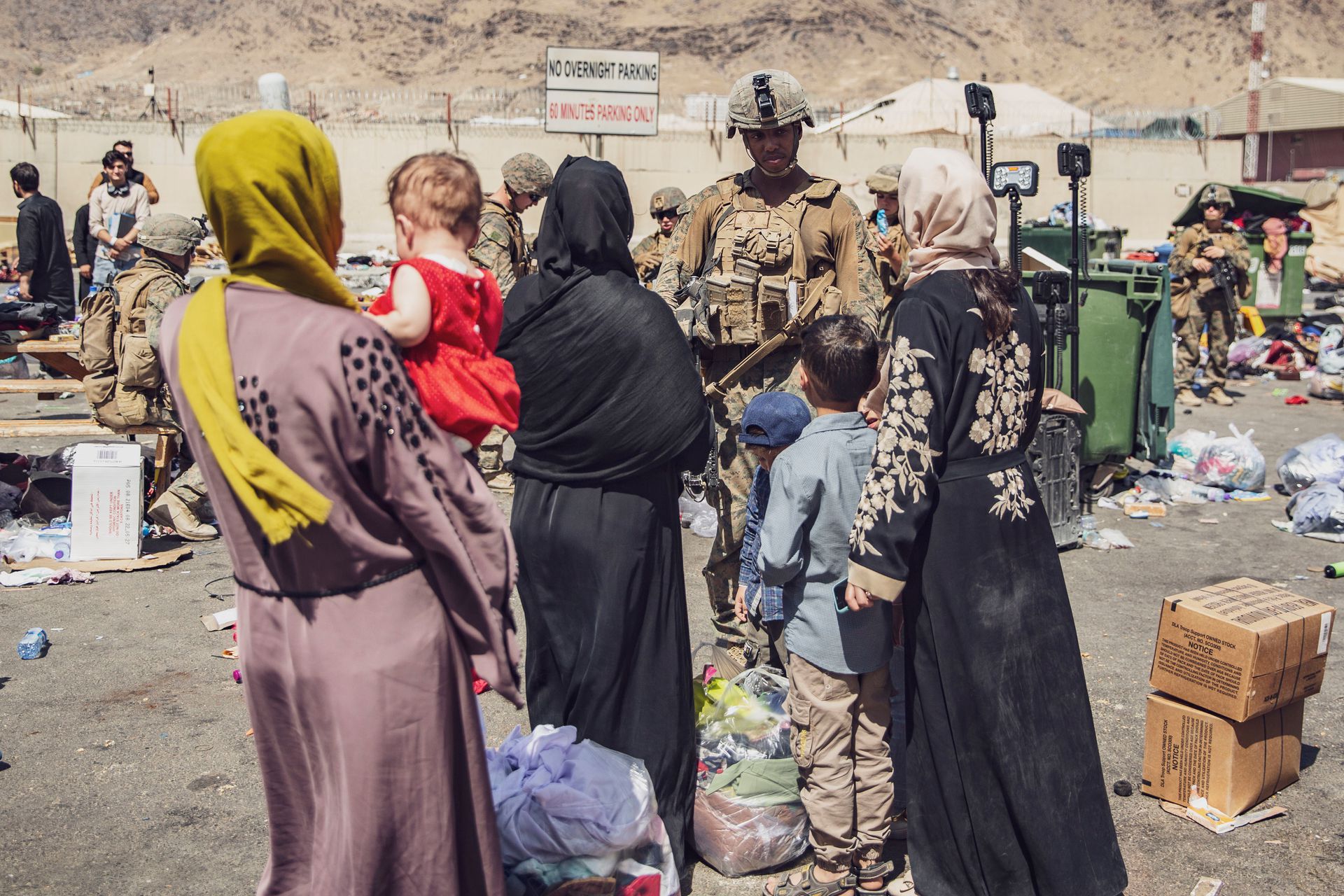 US Central Command said it was investigating reports of civilian casualties from Sunday's drone strike.

"We know that there were substantial and powerful subsequent explosions resulting from the destruction of the vehicle, indicating a large amount of explosive material inside that may have caused additional casualties," it said.

For all the efforts made by Western powers to evacuate as many people as possible, tens of thousands of desperate Afghans faced being left behind.

"We tried every option because our lives are in danger. They (the Americans or foreign powers) must show us a way to be saved. We should leave Afghanistan or they should provide a safe place for us," said one woman outside the airport.

Other countries have also put in last-minute requests to bring out people under that category, the officials said.

Biden attended a ceremony on Sunday at Dover Air Force Base in Delaware to honour members of the US military killed in Thursday's suicide bombing attack.

As the flag-draped transfer caskets carrying the remains emerged from a military plane, Biden shut his eyes and tilted his head back.

None of the fallen service members was over the age of 31, and five were just 20, as old as the war in Afghanistan itself.

Biden has vowed to avenge the Islamic State attack.

The United States said on Saturday it had killed two ISIS-K militants.

The Taliban condemned the US drone strike, which took place in Nangarhar province, an eastern area that borders Pakistan.

The departure of the last troops will mark the end of the US-led military intervention in Afghanistan, which began in late 2001, after the al Qaeda September 11 attacks on the United States.

US-backed forced ousted a Taliban government that had provided safe haven for al Qaeda leader Osama bin Laden, who was finally killed by US forces in Pakistan in 2011 and have been involved in a counter-insurgency war against the Islamist militants for the past two decades.

The Taliban's 1996-2001 rule was marked by a harsh version of sharia, Islamic law, with many political rights and basic freedoms curtailed and women severely oppressed.

Taliban spokesman Zabihullah Mujahid has said the group will announce a full Cabinet in the coming days, and that the difficulties will subside quickly once the new administration is up and running.

But with its economy shattered by decades of war, Afghanistan now faces a sudden halt in inflows of billions of dollars in foreign aid.