Just three weeks ago, Zheng Shaoxiong was crowing to his friends on social media about his latest achievement. "The best player of [online kart racing game] QQ Speed who used to shake the whole school finally got his real-life driving licence!"

But before the 24-year-old had a chance to conquer the roads in real life, his own came to an abrupt end on Tuesday(Nov 9) at the hands of a gunman, who left Zheng lying on the pavement just a few steps from his tiny rented flat and not far from his alma mater, the University of Chicago, where he had recently graduated.

Police said a dark-coloured car had pulled up to Zheng and a man, carrying a gun, had got out and demanded his belongings before shooting him in the chest. Zheng was rushed to the university's medical centre, less than a kilometre away, but died from his injuries.

Zheng had not been home to see his family in the small city of Leshan in Sichuan province, southwestern China, for more than two years. Like hundreds of thousands of other Chinese students studying in the US, he had been stranded by the travel restrictions imposed because of the pandemic.

To his friends, Zheng had always been the "shining star" or "the child of others" — a popular term in China which references the perfect child that Chinese parents usually compare to their own children.

As a top student in Leshan, he was admitted to the prestigious Chengdu No 7 High School in the provincial capital, where he joined a class for elite students in its science stream.

Friends said he was always willing to help. As one of the class leaders, he would often stay and help others with maths problems during breaks, they said. 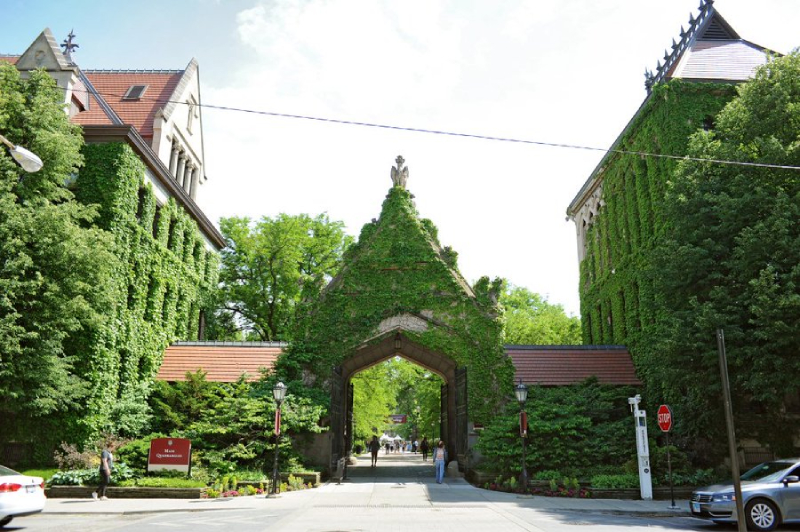 "He is the kind of person that other people always want to look up to," said Rachel Yang, who was in the same class with him during high school. "Now everything about him I think of is his smile. He has big eyes, looks very handsome and smiles all the time."

After acing the National Higher Education Entrance Examination, or gaokao, Zheng went south, to study statistics and finance at the University of Hong Kong, where he was given the nickname Shaozhu, which means "young master".

"We feel Shaozhu is a perfect name for him because he was so perfect that he was just like the typical young master in a rich house in Mary Sue novels," said Gao Yuhe, his friend and fellow statistics student at HKU.

During his four years at HKU, Zheng received seven prizes and awards from the university and faculty and, in his final year, was hired by the department as a teaching assistant.

"He had excellent mathematical talents and he was highly efficient at work as my teaching assistant," said Wat Kam-pui, who taught Zheng in three different courses.

"He was extremely talented," said Eddy Lam Kwok-fai, associate professor and deputy head of HKU's Department of Statistics and Actuarial Science, who in 2017 was invited by Zheng to be his team's adviser in a mathematical modelling contest.

Zheng and his team were picked as one of the 13 outstanding winners out of more than 8,000 teams from top universities including Stanford, MIT, Tsinghua and Peking University.

To most acquaintances, Zheng was perfect, and his closest friends said that was partially because he saved the imperfect side only for himself and them.

"To be honest, there were still statistical problems that he couldn't solve immediately," said Simon Shen, one of his best college friends. "But he was the kind of person who always liked to think things through. I may just give up if I really don't understand something, he would keep thinking about it until he solved it."

There were also dream offers Zheng failed to secure, and courses he could not ace, but Zheng would always review all the steps he took during the process and share the experience with others, Shen said.

East 54th Place, where the shooting occurred, is in the quiet neighbourhood of Hyde Park, where Zheng lived not far away since he arrived in Chicago in 2019 to undertake a Master's degree in statistics. The tiny flat he rented was older and cheaper compared with the living conditions of many other Chinese students at the university, his friends said.

And in 2020 came the pandemic. Like other international students stranded in the country during the peak of the pandemic, Zheng could not stop worrying about his life, studies and future.

In recent months, however, as everything gradually reopened, he finally returned to his original, always optimistic self. He picked up new hobbies, such as surfing and rock climbing. He played in a table tennis tournament. He started to explore other neighbourhoods in Chicago, finding similarities in West Loop to Hong Kong's Sai Wan district.

He was looking forward to Christmas, and the release of The Matrix Resurrections . His last post on social media platform WeChat — on Nov 4 — was a trailer for the latest TV series adaptation of The Three-body Problem by science fiction writer Liu Cixin.

While the University of Chicago is a dream school for many Chinese students, the city's rampant crime and gun violence is also a deterrent. There were 131 shootings from the start of the year to November 7 in Hyde Park and its surrounding areas, according to Chicago police data, a 44 per cent rise on the same period last year, when there were 91 incidents.

Exactly 10 months ago, just a five-minute's drive from where Zheng was shot, another Chinese student from the University of Chicago was killed. PhD student Fan Yiran was shot in the head while sitting in his car in a multi-storey car park, one of multiple victims chosen at random that day by the gunman.

The US has been the top destination for Chinese students studying abroad since 2009, with as many as 372,532 enrolled in the US for the 2019-20 academic year, according to the Institute of International Education.

And the pandemic has not deterred them. A 2020 survey by Quacquarelli Symonds of more than 19,000 prospective international students from around the world found that only four per cent of those in China had changed their study plans and would now stay in their home country.

In a statement on Thursday, the Chinese consulate in Chicago expressed shock and regret at the news of Zheng's death and condolences to his family. "The Consulate-General strongly condemns the violent crimes that brutally kill the innocent," it said.

"We demand relevant parties in the US investigate the case, publish information on it and take practical measures to protect all Chinese nationals, including Chinese international students."

In meetings with representatives from Columbia University and New York University this week, Beijing's ambassador to the US Qin Gang said Chinese diplomatic missions in the US would help guarantee the safety of students in the country.

Just one day before his death, Zheng invited five friends, including his college classmate Zhang Zikuan, also currently in the US, to join his Apple iCloud family sharing plan. The shared account showed the huge extent of Zheng's iCloud storage.

"That might be lots of photos," Zhang said. "No one knows whether anyone would see them again."