As Australia returns Indian antiques worth $3m, many others remain smuggled worldwide India is set to welcome back 14 antiques worth US$2.2 million (S$3 million) from Australia ’s national art museum, in the fourth such repatriation of artworks allegedly stolen by a man described as “one of the most prolific commodities smugglers in the world”.

The National Gallery of Australia acquired dozens of pieces between 1989 to 2009 from the New York gallery of Subhash Kapoor, who is currently on trial in India on several cases of fraud and antique pilferage.

Kapoor is accused of trafficking some 2,600 objects worth US$145 million into the United States with the help of smugglers and art restorers in Brooklyn, Hong Kong, India, London and Singapore.

While the repatriation appears to be a cause for cheer, it will be far from the last, with experts highlighting how India ’s ineffective laws, porous borders and a lack of government accountability have for decades enabled thousands of heritage objects to be removed and sold all over the world.

Apart from Australia, Indian antiques – defined by law as any work of art that is at least 75 years old – have been taken away to dozens of other countries. 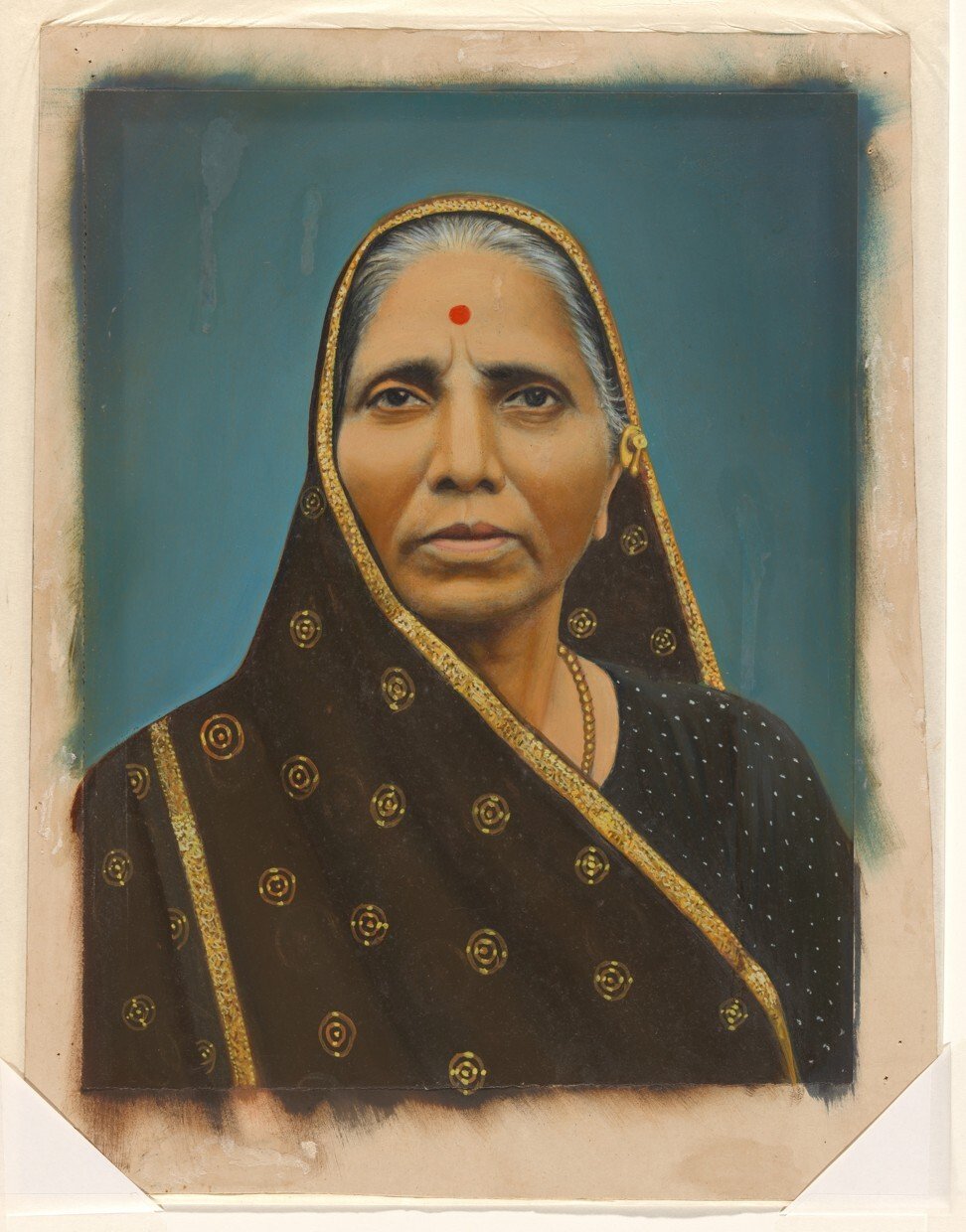 When Modi visited Canada in 2015, former leader Stephen Harper handed over the “Parrot Lady”, a 900-year-old sculpture with an estimated worth of U$10 million, believed to have come from the historic city of Khajuraho in present-day Madhya Pradesh state.

In 2013, France returned a 10th-century sculpture taken from a temple in the northern Indian state of Uttar Pradesh.

Many other medieval objects have ended up in art galleries, museums and private collections worldwide.

Unesco estimates that India had lost some 50,000 artefacts until 1989, although experts suggest the number to be at least three times higher.

Overall, some 2,913 items are feared to have been shipped to dealers and auction houses worldwide. More than 1,200 ancient idols from temples in southern Tamil Nadu state were stolen between 1992 and 2017, according to an audit by the Hindu Religious and Charitable Endowments Department in 2018.

“For a nation that never tires of flaunting its art and culture, we’re quite poor at maintaining it,” said Vijaya Amujure from the non-profit Indian National Trust for Art and Cultural Heritage.

“Low government accountability, underfunded and heavily bureaucratised government agencies, ineffective laws, and a surging demand for antiquities among international buyers and galleries have created a fertile ecosystem for our heritage to be plundered unscrupulously,” said Amujure, director of the organisation’s architectural heritage division.

Agencies such as the Directorate of Revenue Intelligence and the Archaeological Survey of India have been investigating and prosecuting offenders, but cases often involve a complex international network which will take years to dismantle, said Amujure.

“While some antiquities make their way back to the country due to diplomatic relations and agreements, a majority remains untraced,” the conservationist added. 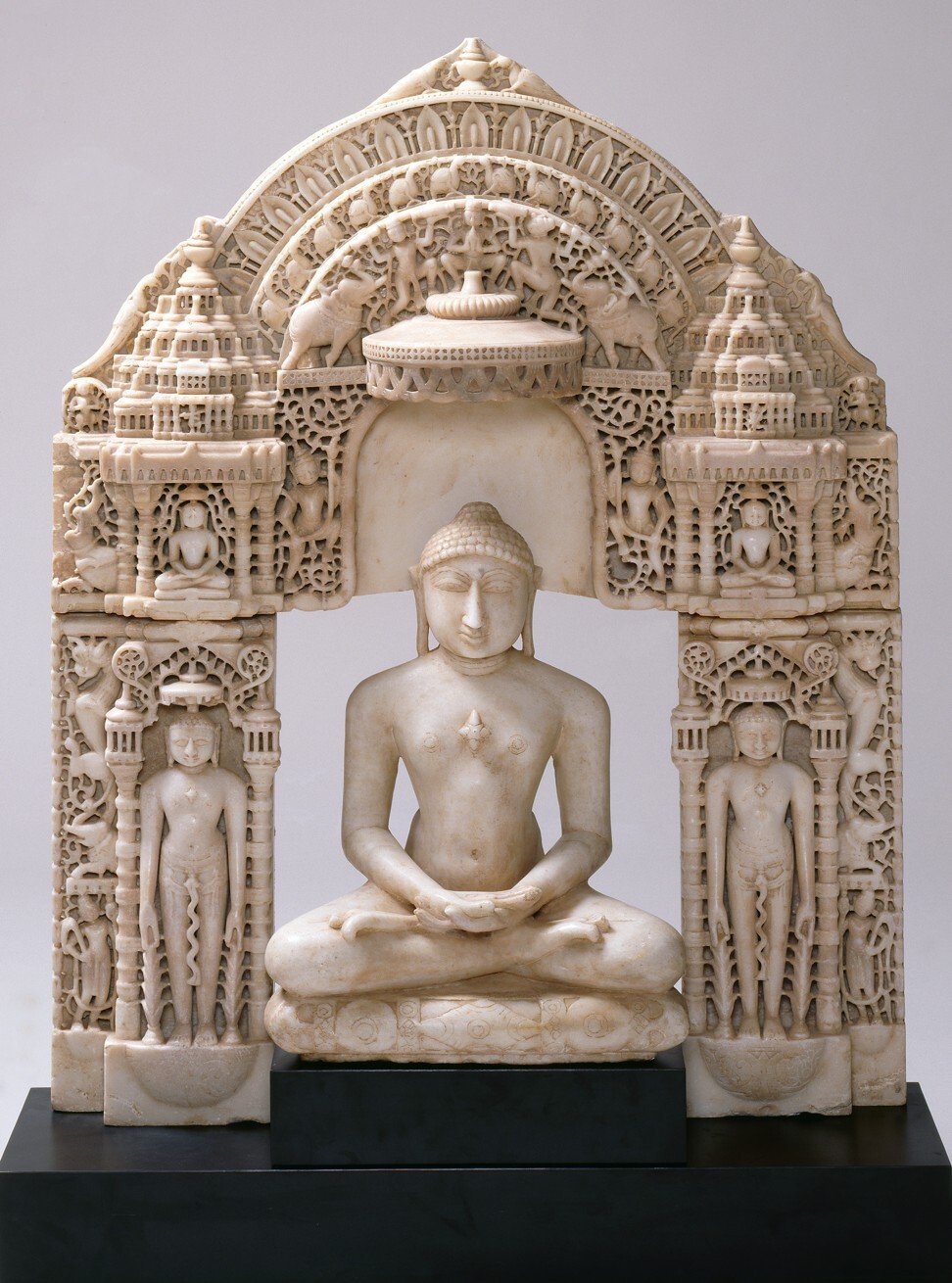 Vijay Kumar, author of the book The Idol Thief, said the pilfering of Indian heritage objects was widespread.

“An estimated 1,000 pieces of antiquities are stolen from Indian temples every year, which find their way to buyers in the international market as well as museums and galleries,” said Kumar, who co-founded the India Pride Project collective that uses social media to identify stolen Indian artefacts and secure their return.

According to Kumar, a lack of governmental commitment has resulted in poor attempts at heritage conservation.

He cited the case of a security initiative in Tamil Nadu, which hired 800 workers in 1986 to keep watch of the state’s treasures. The squad dwindled to just eight members by 2010.

“In Kerala and Karnataka too, there was talk of a Temple Protection Force, but nothing came of the proposal,” said Kumar, who is based in Singapore.

The expert said Italy’s Carabinieri Art Squad, which combats art and antiquities crimes, has helped the country recover over 120,000 pieces from overseas since its formation in 1969.

In comparison, Kumar said India’s Comptroller and Auditor General’s report found that authorities recovered only 19 from overseas museums and galleries between 1970 and 2000, while between 2000 and 2013, there were no recoveries at all.

He noted Kapoor’s court case had been pending for years, along with those of other alleged smugglers.

“Subhash Kapoor’s case has been dragging on since 2011, but nothing has come out of it,” he told This Week in Asia . “Thefts are taking place all over the country with the government turning a blind eye to it.” 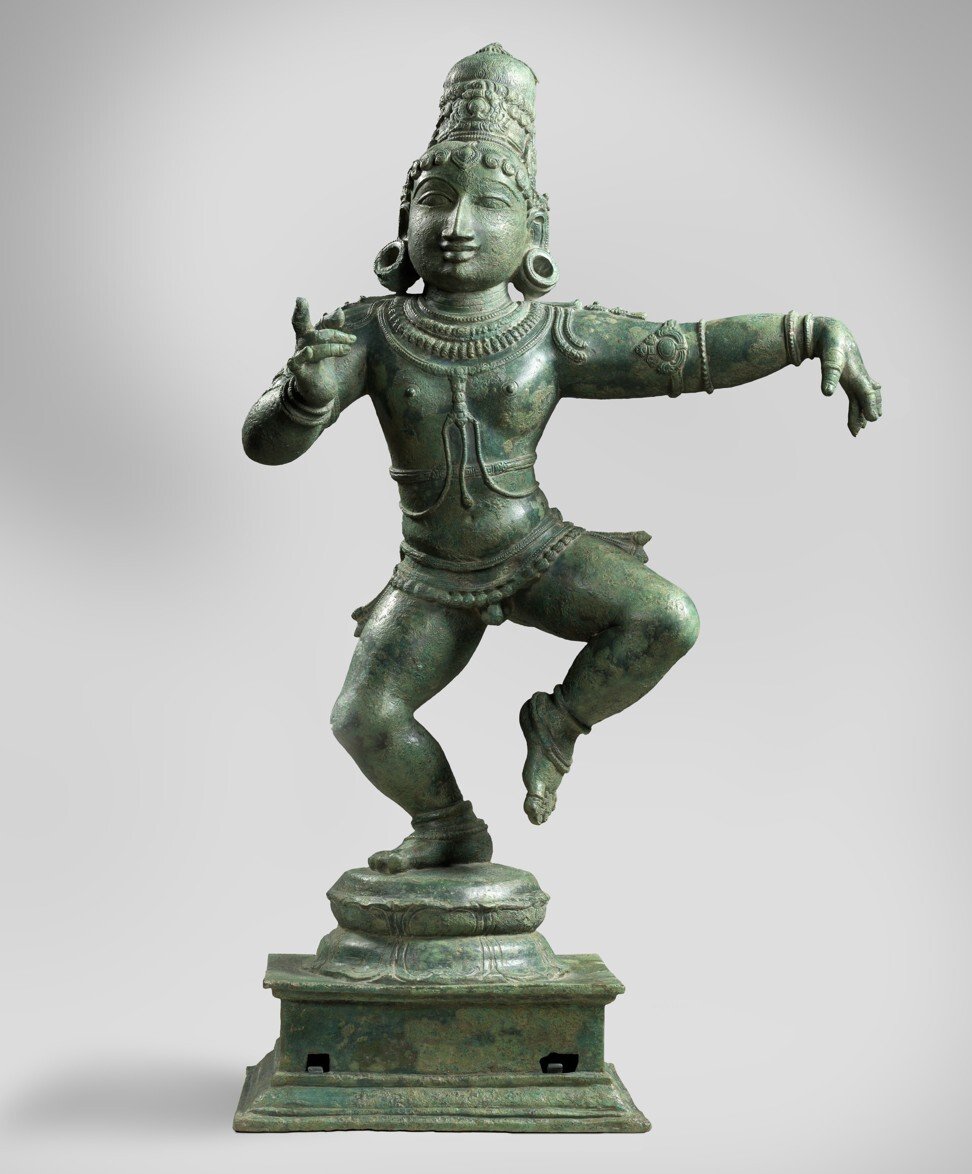 Even though India passed the Antiquities and Art Treasures Act in 1972, critics say the law does not go far enough.

The legislation mandates that owners of antiques register them with the Archaeological Survey of India (ASI), prohibits the export of antiquities, and allows their sale within the country only under a licence. Failure to comply with these rules can result in jail sentences of up to three years, a fine, or both.

But the act does not does not have any protections against heritage thefts.

“Sadly the Antiquities Act has no penalising provisions for heritage thefts. The only section available for heritage thefts is IPC sec 370 which predominantly deals with house breaking theft and carries a maximum penalty of six years and 3,000 rupees (S$55)﻿,” Kumar said. “It needs to be revamped and made more stringent.”

He noted that private collectors had in fact been lobbying the authorities to weaken the law by creating an “open market” for antiquities within India and doing away with the requirement for privately-held antiquities to be registered.

“Considering there are thousands of still-to-be-excavated sites and unarchived antiquities in India, this proposed legislation, if enacted, will be disastrous for India’s cultural artefacts,” Kumar said.

Kirit Mankodi, a Delhi-based archaeologist who runs the website Plunders of the Past , said India’s failure to catalogue and archive artworks, as well as lack of proper documentation “encourages theft”.

“Apart from lodging police complaints, government departments would do well to publicise heritage theft as soon as it takes place through newspaper ads to create public awareness,” he said.

“Once the antique leaves the country, it’s tough to retrieve it and the international buyer doesn’t know it is stolen property,” he added. “However, if we have documentary proof, we have the first important step to repatriation.” 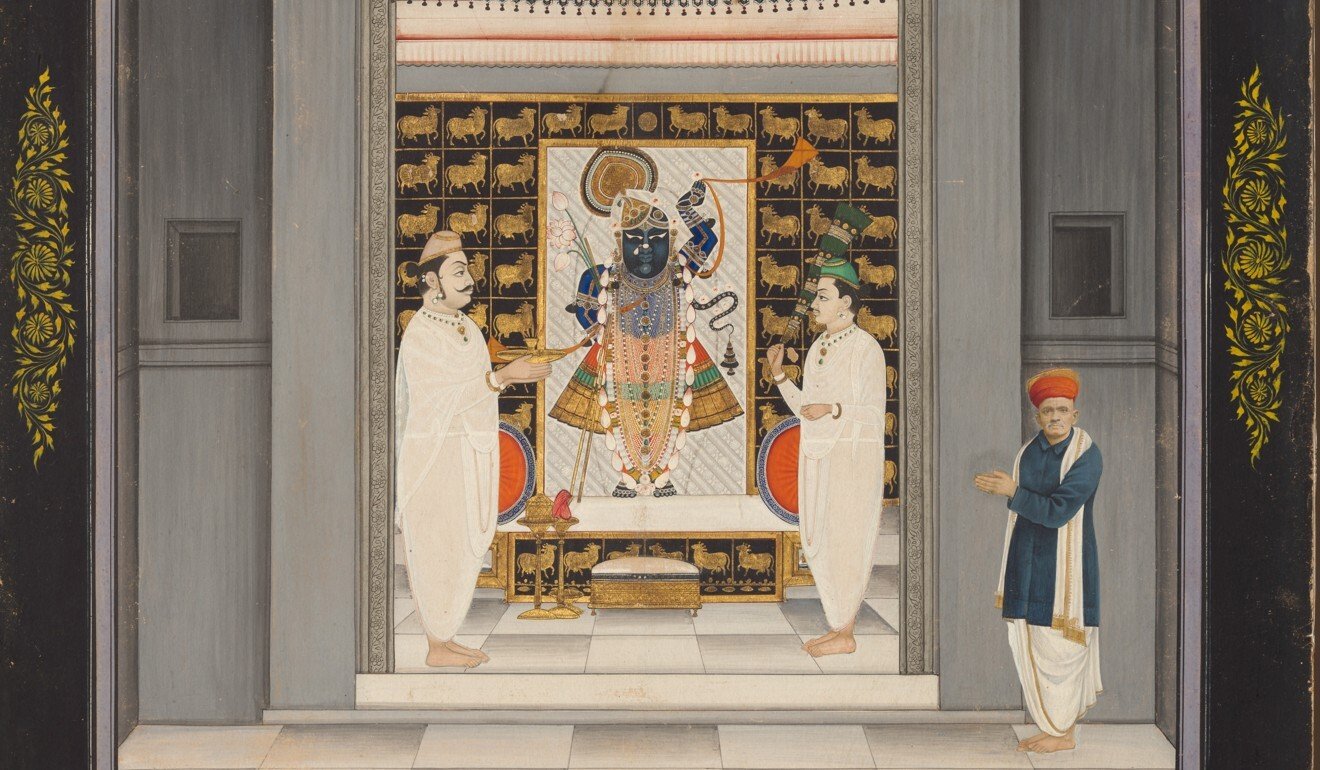 Mankodi said the ASI should create a comprehensive national register of every temple and archaeological site to better protect them.

“Temples should also maintain a property register as well as an image archive. Heritage inspectors should be appointed and trained to secure important premises and conduct periodic audits and inventory checks of antiquities while courts should be more strict in punishing heritage crimes,” he suggested.

Kumar meanwhile said India ought to take a leaf out of the EU and US playbook. Both governments are tightening heritage protection rules to cut off the links between the grey market in antiquities and terrorism-financing and money-laundering.

“We also need to build capacity and revamp the customs export processes to protect our heritage as is evident from the hordes of smuggled artefacts returning home,” he said.