'Your volume is too high': Man attacks elderly commuter for blasting music on train Riding the train can be a stressful experience, especially when fellow passengers blast their music or get into a fight.

In a video shared on Facebook last Sunday (Nov 28), a middle-aged man could be seen attacking an older commuter over the latter allegedly playing music in his earphones too loudly.

He threw punches at the elderly man who retaliated with kicks.

Although the middle-aged man lost his balance and fell, he continued spewing Hokkien vulgarities with his mask pulled to his chin.

A female commuter seated near the men was heard telling off the older one, saying: "When you talk, you must make sense. Your volume is too high!"

Other passengers in the train cabin also tried to break up the scuffle and defuse the situation.

According to the Facebook post, the incident took place near Ang Mo Kio MRT station, but the date remains unclear.

Netizens who watched the video expressed their disagreement with the man's violent and inconsiderate behaviour towards the elderly commuter. 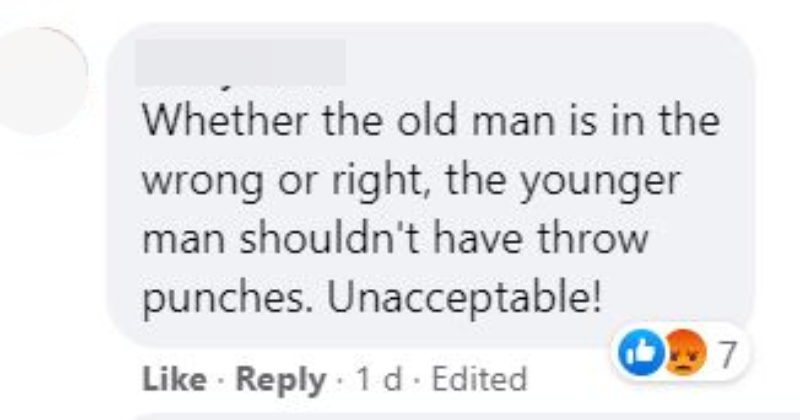 In response to AsiaOne's queries, the police said that the incident took place along the North-South line on Nov 27 at 7.13pm.

Two men aged 67 and 73 are being investigated for affray.

ALSO READ: Man, 40, arrested after he was filmed assaulting fellow commuter on MRT