The bodies of twin boys were found in a canal near the Greenridge Crescent playground in Upper Bukit Timah.
Chong Jun Liang
PUBLISHED ONJanuary 24, 2022 1:20 AMByJean Iau

SINGAPORE - The father of the 11-year-old twin boys who were found dead in a canal in Upper Bukit Timah has been charged with murder.

On Monday (Jan 24), Xavier Yap, 48, appeared before a district court via video link to have the charge read out to him.

He is accused of murdering Ethan Yap E Chern at the covered canal in Greenridge Crescent playground on Friday (Jan 21) between 4.23pm and 6.25pm.

Yap wore a white polo shirt, a blue disposable mask and had his hair combed back as he listened to proceedings without expression.

The police prosecutor asked for Yap to be remanded for one week with permission to be taken out for investigations, including scene visits.

Only one charge was tendered in court on Monday morning.

The offence of murder carries the death penalty.

Yap's lawyer, Mr Anil Singh Sandhu, told the court the family was grieving the loss of the two young children.

He said: "The media is present this morning in court and the victims here are two young children aged 11. (Over) the past few days, the media has been quite active in reporting this matter, but I'm sincerely urging the media to give the family some space and privacy to deal with the loss of two young children."

On Saturday, the police said it had received a call at about 6.25pm on Friday from a man asking for help at the playground.

When officers arrived, the man's two sons were found lying motionless nearby.

They were pronounced dead at the scene by a paramedic.

It is understood the bodies were found in a large and deep canal that cuts across the playground in a corner of the quiet and leafy private housing estate of terrace and semi-detached houses. 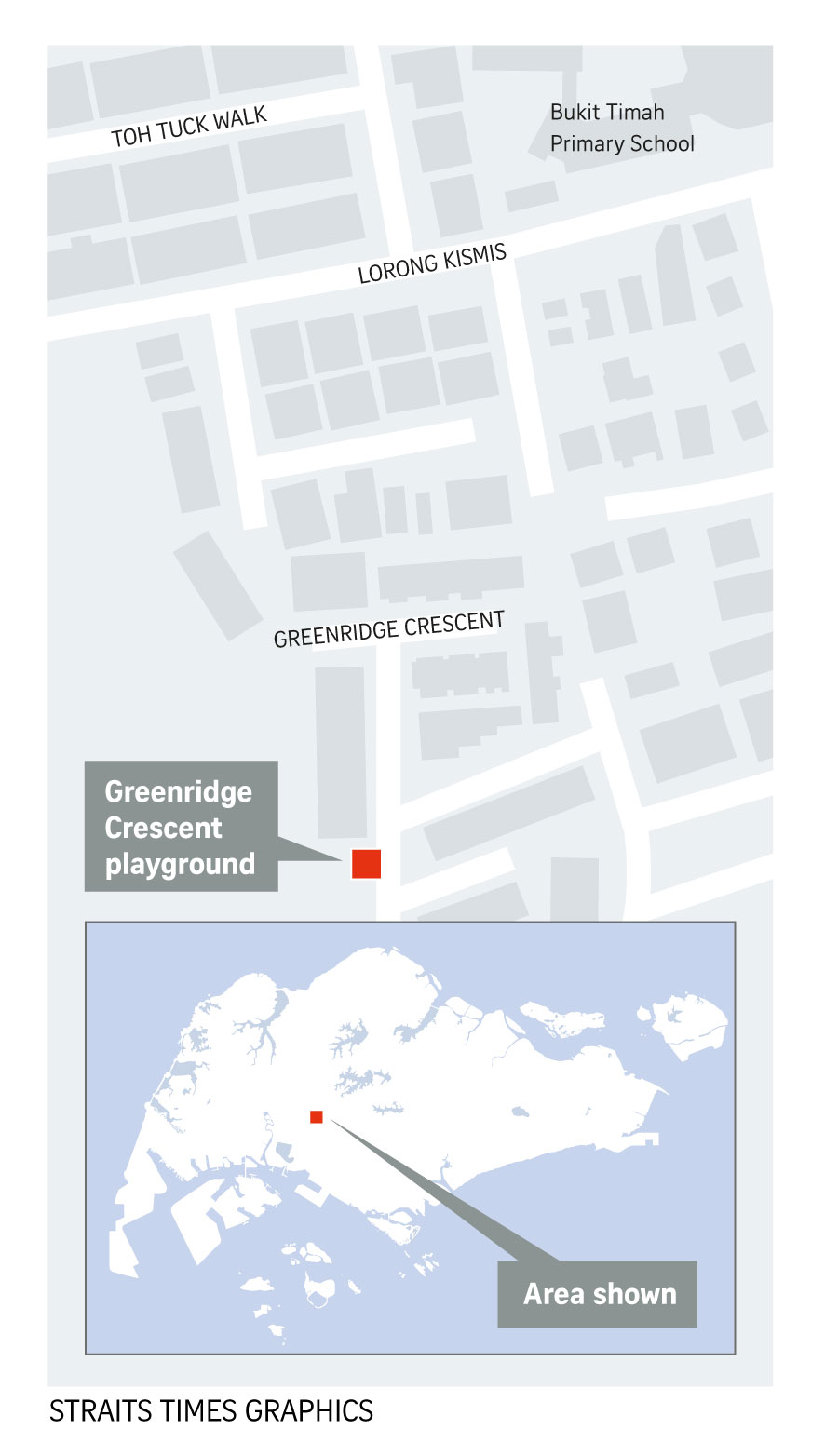 When The Straits Times arrived at the scene on Saturday afternoon, officers from the Gurkha contingent were spotted walking inside the canal, a segment of which was littered with what appeared to be cushions, and combing the forested area behind the playground.

The twins, Ethan and Ashton, were said to have special needs and were believed to be students of a school in the Eng Kong estate area.

Yap's case will be mentioned in court again on Jan 31.