Teen who did backflip in rhino enclosure allegedly cut off electronic tag while out on bail; arrest warrant issued SINGAPORE - A youth caught on video last December doing a backflip inside the white rhinoceros enclosure at the Singapore Zoo was out on bail of $20,000 when he allegedly reoffended and committed acts such as cutting off his electronic tag on Oct 26.

She did not disclose details about these alleged drug offences and charges linked to them have not been tendered in court for now.

District Judge Brenda Tan then issued a warrant of arrest against the Singaporean teenager, who failed to turn up in court on Friday.

Defence lawyer Shashi Nathan told the court that Wee had "difficulty waking up" and his parents tried to rouse him but failed.

Wee is now expected to plead guilty to his charges on Nov 22.

He currently faces six charges - two of mischief, and one each of vandalism, criminal trespass, animal abuse and drug consumption.

Wee is accused of trespassing into the rhinoceros enclosure at around 2.40pm on Dec 17 last year.

He is said to have abused a frog, causing "unnecessary pain and suffering", at a Sentosa Cove property a week later.

Wee allegedly placed the amphibian on a foosball table before directing a ball "at high speed" towards it.

The ball struck the frog, which suffered injuries and died. 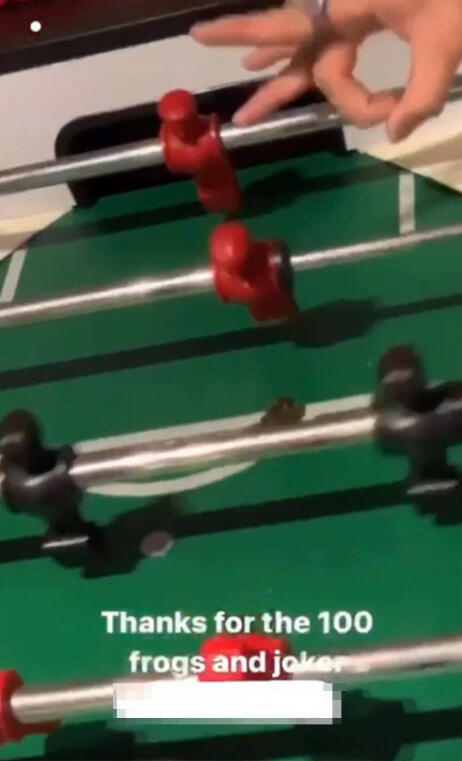 Separately, Wee allegedly committed an act of vandalism at around 2.40am on Oct 9 last year by hitting an information panel at a bus stop in Sixth Avenue, off Bukit Timah Road, causing $900 in damage.

He is also said to have caused damage to two cars in nearby Sixth Crescent that morning by hitting their side mirrors.

In an earlier statement, the police said officers were alerted to the case at the Singapore Zoo at around 5.40pm on Dec 17 last year.

The police added: "Preliminary investigations revealed that the man's companion, an 18-year-old woman, allegedly filmed him before the man posted the video on his TikTok account, using the moniker @ralphwee.

"Through investigations, officers from Woodlands Police Division established the identities of the man and woman on the same evening."

Following investigations and after consulting the Attorney-General's Chambers, the police issued a stern warning to the woman for abetting criminal trespass.

Her identity is not disclosed in court documents.

Wee was first hauled to court in July this year, when he was charged with two counts of mischief as well as one count each of vandalism and criminal trespass.

The Singaporean was out on bail for the first time when he allegedly consumed cannabis in August. 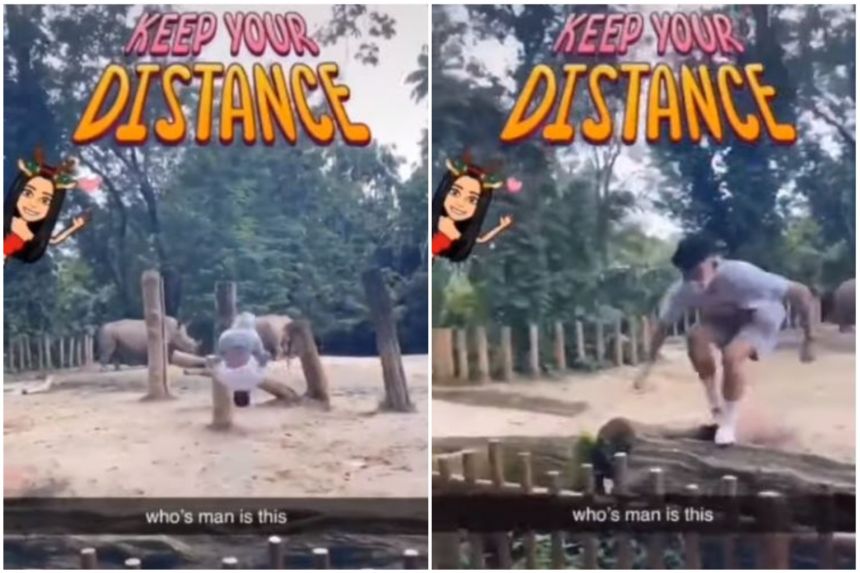 Wee was still in remand when he was charged with one count of drug consumption on Oct 13.

He was later released on bail of $20,000 before he allegedly committed his latest string of offences including cutting his electronic tag.

If convicted of criminal trespass, Wee can be jailed for up to three months and fined up to $1,500.

For vandalism, an offender can be fined up to $2,000 or jailed for up to three years and receive between three and eight strokes of the cane.

For cannabis consumption, an offender can be jailed for up to 10 years and fined up to $20,000.