Singaporeans are increasingly feeling the economic pain of the coronavirus pandemic as the city state on Friday recorded a decade-high unemployment rate among residents, advance third quarter figures from the Ministry of Manpower showed.

Earlier this year, foreigners were hit harder by job losses but the figures indicate residents are no longer shielded from the impact of the pandemic, experts said.

Analysts said unemployment was likely to peak in the third or fourth quarter but slow job growth will continue into 2021, as trade-reliant Singapore’s recovery will depend on global developments regarding the coronavirus.

The Ministry of Manpower on Friday reported that resident unemployment rate increased to 4.7 per cent in the third quarter, up from 3.8 per cent the previous quarter.

The overall jobless rate also rose to 3.6 from 2.8 per cent, surpassing the unemployment rate at the peak of the global financial crisis in 2009 (3.3 per cent) but remaining just short of the record 4.8 per cent during the 2003 Sars epidemic.

There were 9,100 lay-offs recorded in September, up from 8,130 in June. In comparison, there were 5,510 retrenchments during the Sars epidemic in the second quarter of 2003 and 12,760 in the first quarter of 2009. Total employment, excluding foreign domestic workers, also contracted by 26,900.

“Retrenchments are expected to rise over the quarter in manufacturing and services sectors, and primarily in arts, entertainment and recreation, and air transport, which continues to be affected by Covid-19 and the need for safe management measures,” the ministry said.

“Weakness in the labour market is likely to persist as companies and workers continue to operate in an uncertain economic environment. Conditions for travel-related sectors continue to remain challenging.”

The ministry noted that employment cuts in the construction and manufacturing sectors were mostly attributed to non-residents but Maybank Kim Eng economist Lee Ju Ye said Singaporeans could increasingly bear the brunt of the job losses after foreigners felt the effects earlier this year.

The Monetary Authority of Singapore (MAS), the city state’s central bank, indicated in its October macroeconomic review that foreign work pass holders accounted for 55 per cent of the decline in employed individuals in the previous quarter, significantly more than their share of the workforce.

A handful of high-profile companies have announced retrenchment plans in recent months. Resorts World Sentosa, for example, reportedly cut about 2,000 jobs in July and national carrier Singapore Airlines expects to lay off about 4,300 staff.

Earlier this month, Singapore reported a third straight quarter of gross domestic product (GDP) contraction , although the more gradual decline offered cause for optimism about the path to economic recovery.

Still, the MAS cautioned in its October macroeconomic review that prospects were still largely gloomy.

“Prolonged weakness in the travel-related sector is expected to spill over to some of the adjacent industries, while the shift in consumption away from labour-intensive services could also keep overall labour demand muted,” it said in its October macroeconomic review. 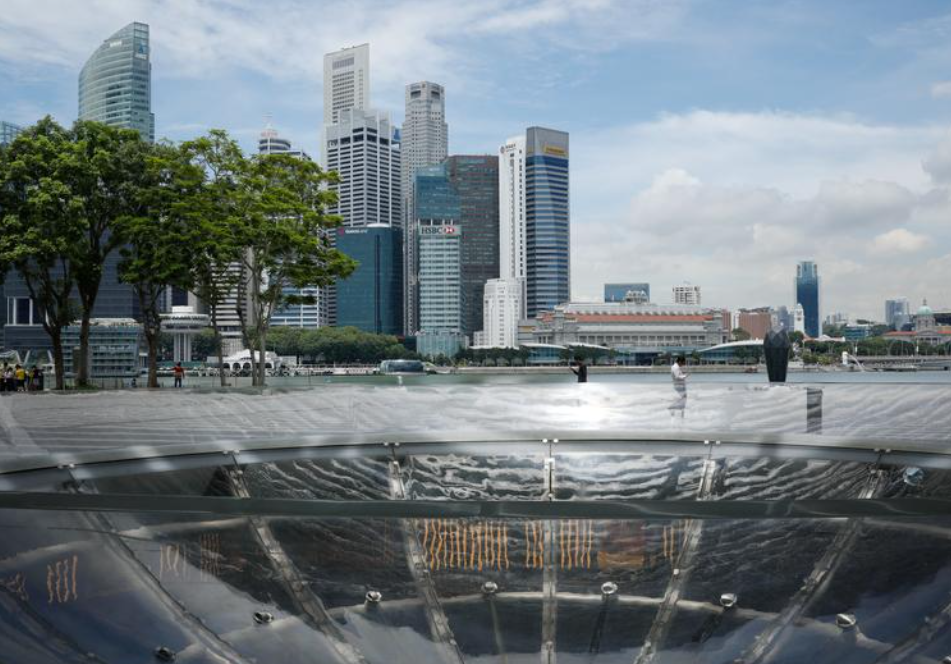 Jeff Ng, senior treasury strategist at HL Bank, expected the labour market recovery to be “uneven” and suggested some sectors – including financial services, information systems and manufacturing – would rebound more quickly while the travel and nightlife industries would take longer.

The MAS highlighted segments that depend on tourism and have been acutely affected by the absence of international leisure and business travellers, creating a shortfall in the incomes of land transport operators such as taxi and private hire car services.

“Employment in these segments is unlikely to pick up significantly in the near term,” it said.

Lee from Maybank Kim Eng said that even though the government has encouraged firms to hire, sentiment remains “very cautious” due to prolonged global economic uncertainty. Wage subsidies provided by the government will also expire next year, Lee said.

Manpower Minister Josephine Teo this month announced that about 33,000 jobseekers have secured jobs or training positions under the government’s scheme to create about 100,000 opportunities.

But the MAS noted a “mismatch” between the demands of the labour market and the skills of available workers. The pandemic could accelerate structural declines in demand for low- and mid-skill services jobs that require a high degree of in-person tasks, already under way due to increased automation, it said.

“New labour demand could derive mainly from the modern services sector, where the jobs may be more intensive in cognitive and ICT [information and communication technology] skills,” the MAS said.

Song Seng Wun, an economist at CIMB Private Banking, said the recovery of the labour market also depends on external demand, which could be curtailed by new waves of infections or political events such as next week’s US presidential election.

Song said a spike in coronavirus cases could affect consumption and household spending, while Donald Trump’s re-election could create anxiety among business owners about additional tariffs or taxes.

“In contrast, Joe Biden is seen as less combative and less unilateral, hence lower risks for companies and countries,” he said.

“And so people would have greater confidence to put money on the street, and could mean improvements in the labour market situation worldwide.”