When Jay, a photographer, saw a family of five at Pasir Ris Park in the early morning of Nov 16, he did not think much of it at first.

The family only started to catch his attention when he realised that they were holding trash bags and metal tongs.

Turns out, they had decided to spend their Monday morning cleaning up the beach. 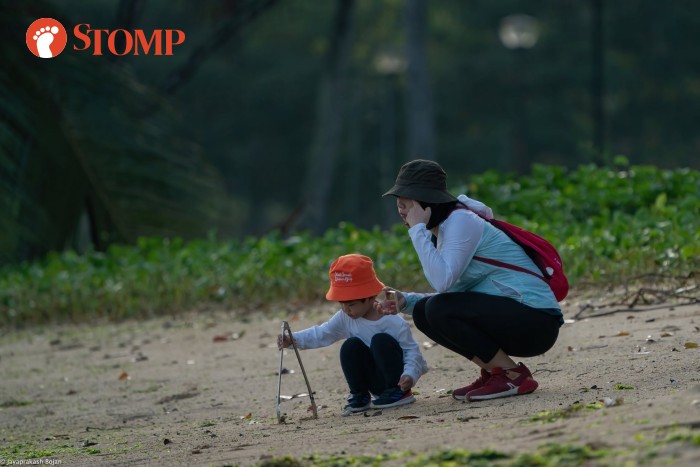 "I usually head to Pasir Ris Park every morning at about 6am to capture shots of birds and nature," Jay shared.

"But on that day, I was shocked when a family of five came to the beach in the early morning and started picking up trash.

"I started a conversation with the mother, and she told me that her family was at the beach the day before and was appalled at the amount of plastic waste and trash left on the sand.

"So, they decided to return the next day with trash bags, gloves and tongs to do a beach cleanup.

"I was so touched and happy to see the kids picking up trash and their parents leading by example."

Jay told Stomp that this incident really struck a chord with him as he is a father to a two-year-old boy.

"I decided to share this on social media to inspire others and encourage parents to be a good example to their children," Jay added