Robinsons store closures: Company to do its best to transfer affected staff to other retail brands Department store Robinsons said it is doing its best to transfer staff to other brands under its parent company, after it announced on Friday (Oct 30) that it will be closing its last two stores in The Heeren and Raffles City Shopping Centre.

"Any staff movement will depend on the circumstances. We are doing our best to see how we can accommodate Robinsons staff in other brands," it told The Straits Times.

Robinsons on Friday said it was liquidating the two stores in Singapore, as well as two stores in Malaysia. The Malaysian stores employ 125 people.

"All store operations staff under Robinsons Singapore and Malaysia will remain in the employment of Robinsons until further notice," the company said.

The retailer said its employees were informed on Friday of the stores' liquidation, adding that the liquidators will work to maximise returns to creditors, including employees.

Robinsons said its management has ensured that employees are supported with payments in keeping with the Insolvency, Restructuring and Dissolution Act. They will be made to workers in the next payment cycle.

"(This) is well in advance of the usual liquidation process timing which would usually take months," the company added. 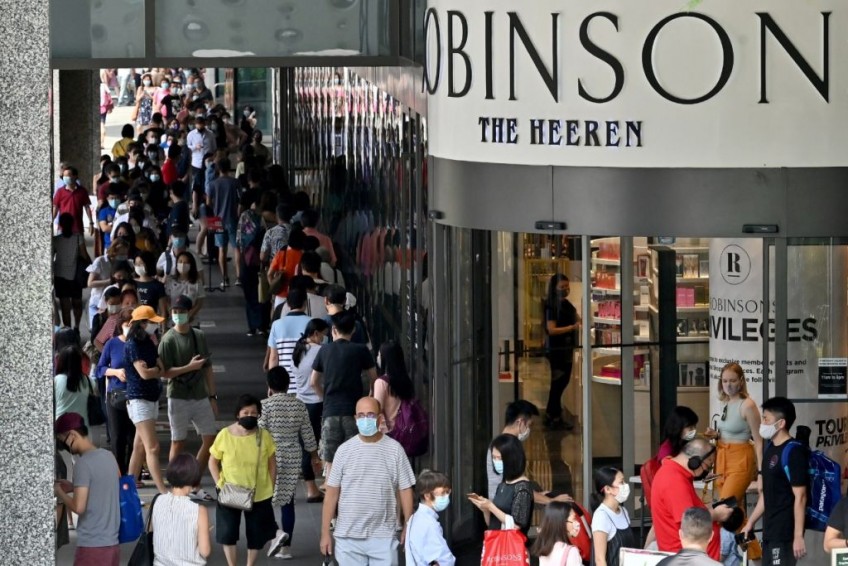 The payments will be on top of employees' salaries, which will be paid in full, in line with the number of hours worked, said Robinsons.

Liquidator KordaMentha will work with the Singapore Manual and Mercantile Workers’ Union (SMMWU) and relevant union bodies to support employees. It will also tap existing government schemes such as the SGUnited Jobs and Skills Package.

SMMWU secretary-general David Yeo said the union was informed of Robinsons’ plans to close ahead of time and will work with the National Trades Union Congress to help affected workers with training and job matching. “We are also in touch with other unionised companies to place affected workers in other jobs.”

Employees past and present lamented the impending closures.

Former Robinsons employee Donna Chua, who headed the store’s marketing department for 19 years, said: “I have known many wonderful people in my team, staff from the store and suppliers. Robinsons is a household name that is iconic in Singapore.”

A retail assistant, who has been with Robinsons for over 10 years, teared up as she said: “We are all like family here, like brothers and sisters. We usually pack meals and eat lunch together in the pantry. Everyone is very saddened by the news.”

The last day for the Singapore stores is not clear. Robinsons said the appointed liquidators are in negotiations with the landlords, but "we hope that the stores will stay open for the coming weeks".

The company's online shopping platforms are also no longer operational, but shoppers can visit the Heeren and Raffles City stores to make purchases in the meantime.

Following Robinsons' announcement on Friday, OCBC Bank said it will be cancelling its OCBC Robinsons Credit Card from April 15 next year.

Mr Vincent Tan, head of cards business at OCBC, said: "We are grateful to have been able to partner Robinsons in a successful co-branded credit card platform in Singapore over the past 18 years."

Robinsons also encouraged all customers holding on to Robinsons gift cards and vouchers to redeem them as soon as possible.

"The stores in Singapore will accept Robinsons only gift cards and vouchers during the liquidation process and for as long as the stores remain open," it said.

Customers at Robinsons stores here were also told on Friday that vouchers can be used only for purchases at least double the value of the vouchers. This means that a $20 voucher, for example, can be used only with a minimum spend of $40.