Roads not straight? Australian explains Silver Zone features that even Singaporeans might not know Have you ever wondered why the roads at some housing estates appear to be curved?

This is not a mind trick. The roads are deliberately designed to make them more elderly-friendly — as explained by an Australian content creator who makes entertaining videos about design, cities and interesting places.

In a TikTok video shared on Tuesday (Jan 4) — with almost 80,000 views — Julian O'Shea said that the roads in Bukit Merah View are not straight to "slow cars down".

Explaining how chicanes and speed humps are installed, he added: "This is called a Silver Zone and it is designed to make it a better place for elderly residents on the road."

O'Shea also shared more "clever designs" that are present in Silver Zones. These include two-stage crossings that allow senior pedestrians to rest while crossing the street, and the Green Man Plus.

Introduced in 2014, Silver Zones are located in housing estates with a large population of seniors. These include those in Potong Pasir Avenue 2, Lengkok Bahru and Redhill Road.

In March 2020, the Land Transport Authority (LTA) announced that they will bring the total number of Silver Zones islandwide to 50 by 2023.

The upcoming 15 Silver Zones will be implemented in estates such as Tampines, Ang Mo Kio and Hougang.

In the comments, some netizens, who appear to be Singaporeans, are impressed by this Ang Moh's knowledge on road designs in their country. 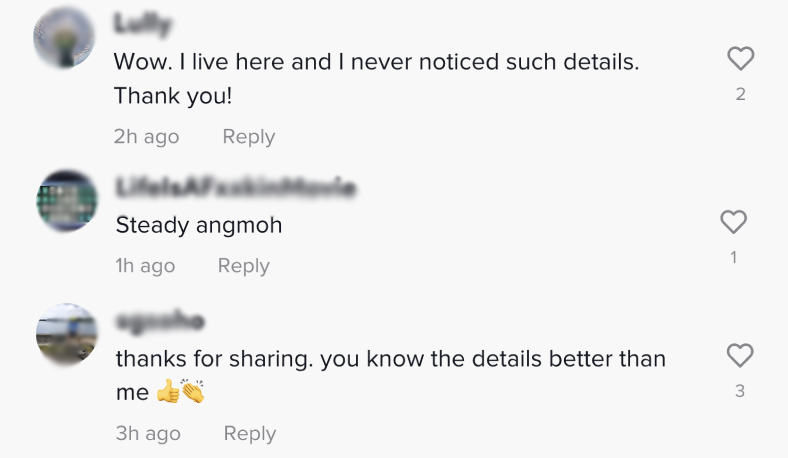 While most of his videos are made in Melbourne, he has created a video on the multi-language signs at Changi Airport and on the "informative" Covid-19 safety measure posters at Kampong Glam.