A rapid Covid-19 test returning results within 30 minutes and currently on trial at Hong Kong International Airport could miss some infections with very low viral levels, one of its developers has admitted.

The University of Oxford designers of the test say it can correctly identify more than 90 per cent of positive cases, but medical experts warn more trial data is needed to determine its sensitivity rate.

According to data presented by its developers on Friday, the test’s sensitivity rate ranges from 92 to 100 per cent.

Professor Cui Zhanfeng, who led the Oxford research team, said cases of very low viral load might not be detected, referring to a trial at a university-affiliated hospital involving 69 samples, 30 of which were positive but not all were identified as such by the test.

Most of the patients tested in that trial were recovering and their viral load was very low, which is indicated by a high cycle threshold (Ct).

“In terms of the cycle threshold number, it’s very high,” Cui said on a video call. “Our test would probably, in that range, miss some [positive cases].”

The test can yield results within 30 minutes, as opposed to the four- to six-hour minimum return currently required for a PCR test, which is highly sensitive and considered the gold standard for coronavirus screening.

The lower the Ct value, the higher the viral level and more infectious the person could be. Cui said a swabbing method used to collect samples in that trial could also introduce errors.

In a separate 527-sample trial performed in a Prenetics lab, there were 83 positives, but three were missed. The Ct value of the tested cases was below 38.

RT-LAMP is a more promising rapid testing technology for Covid-19, compared to other methods such as tests for antigen or antibodies. Hong Kong health authorities accepted RT-LAMP as a nucleic acid test done before coming to the city from a high-risk country.

A two-week trial on the effectiveness of the fast-track test started at Hong Kong airport on Wednesday. London’s Heathrow Airport officially rolled out the method last week.

Dr Ho Pak-leung, a microbiologist from the University of Hong Kong who was not involved in developing the test, said trials should be performed by third-party agencies to ensure the credibility of the figures recorded, and samples gathered using different methods.

“We would need more data,” Ho said. “Now we don’t have enough data to tell [whether the test is good enough].” 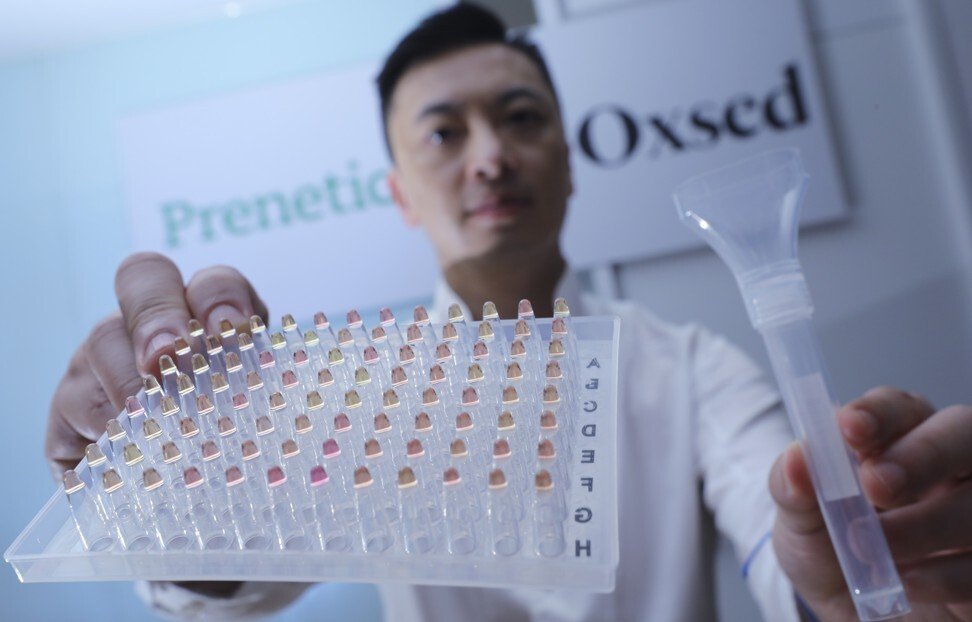 Danny Yeung, group CEO of Prenetics, did not reveal how many tests had been taken so far in the Hong Kong trial, but said about 600 to 700 were performed at Heathrow.

Rapid-testing capacity at Hong Kong airport allowed more than 12,000 tests to be carried out in 24 hours, and overall the company could process 500,000 of them in a month, he added.

Yeung said the company had contacted the consulate of Singapore, which aims to form a travel bubble with Hong Kong next month, about the testing method.

He said the parties involved were looking at offering the test at the airport to people arriving from Singapore, at a cost hopefully set somewhere between HK$250 (S$45) and HK$300.

For Singapore, the company estimated that if a PCR test were conducted before departure to Hong Kong, and a rapid test done upon arrival, the chance of missing an infected person would be one in 2 million.