Suspicious-looking letter in the mailbox — to open or not?

An envelope with "Do not ignore this letter" stamped in bright red block letters on the front, as well as the Singapore Police Force's logo at the corner, recently gave a man major Squid Game vibes.

He snapped a photo of what he received in the mailbox and shared it on Reddit on Tuesday (Jan 11).

Reddit users amused by the image started to crack jokes, with some questioning if it was sent by scammers.

One wrote, "This is as shady as it gets, there is no postmark, there are no addressees."

Another Reddit user was reminded of the frightening chain letters they used to receive.

A similar letter was also posted on the Hardware Zone forum with the caption: "Chio anot?", and some forum users appeared to be wary of it.

For those wondering whether these letters are legit, the police confirmed with AsiaOne that it is not a scam.

Both netizens who posted photos of the letters shed light on what was inside the envelopes — an anti-scam leaflet. 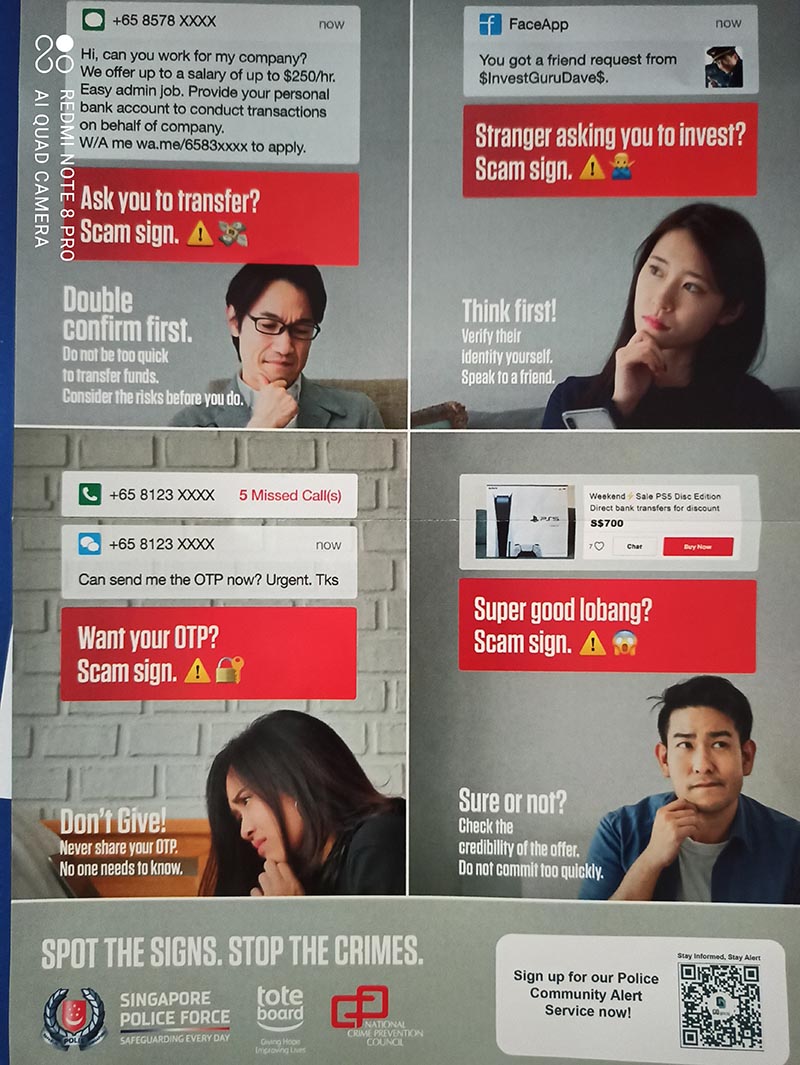 This is part of an anti-scam campaign "Spot the signs, stop the crimes" that was launched in August 2020.

Since then, the police and National Crime Prevention Council have been distributing advisories through various media platforms in order to educate the public on how to spot the tell-tale signs of a scam.

In the first half of 2021, Singapore saw a 16 per cent increase in the number of reported scam cases where a total of $168 million was lost to conmen.

And yes, the police are in on Squid Game: