SINGAPORE - Facebook users have expressed concern after seeing photos of a technician servicing an air-conditioning compressor on the highest floor of an HDB block without using a safety harness.

The photos, posted on Facebook group Singapore Home DIY on Tuesday (Jan 11), show the worker sitting atop an external air compressor resting on its brackets on the 11th or 12th storey.

Comments on the post called it an unsettling sight, with one user saying "his life would be gone forever" if things were to go awry.

The Ministry of Manpower (MOM) declined to comment when contacted by The Straits Times on Thursday, but provided statistics on workplace injuries and deaths caused by falls from height.

There were 35 reported falls from height in that period, a rise from 32 in the second half of 2020.

On Sunday (Jan 9), a 28-year-old Bangladeshi worker was taken to hospital after he fell from the fourth storey of Chinatown Point and landed on the second storey while carrying out waterproofing works.

Mr Han Wenqi, a registered workplace safety and health officer, said employers are responsible for putting in place measures for their workers' safety while working at height.

He said risk assessment steps should be taken before starting maintenance works on compressor units on suspended brackets in older blocks without an air-con ledge.

These steps include conducting a pre-work survey of the location layout, and risk assessment based on the scope of work with reference to available work at height regulations and code of practice.

The bracket's load-bearing capacity to carry both the technician's weight and the compressor unit's weight must also be considered, and a fall prevention plan must be made known to all workers on site.

Mr Han said that in places without anchorage points, like some HDB flats, deploying a transportable temporary anchor device like a door jamb anchor is an alternative. A door jamb anchor is placed against the door or window frame and adjusts to the vertical sides to provide a temporary but secure anchor point.

A self-retracting lifeline would allow the worker to move around and stop falls.

ST contacted several air-conditioning contractors for comments on their safety practices but did not receive any reply. 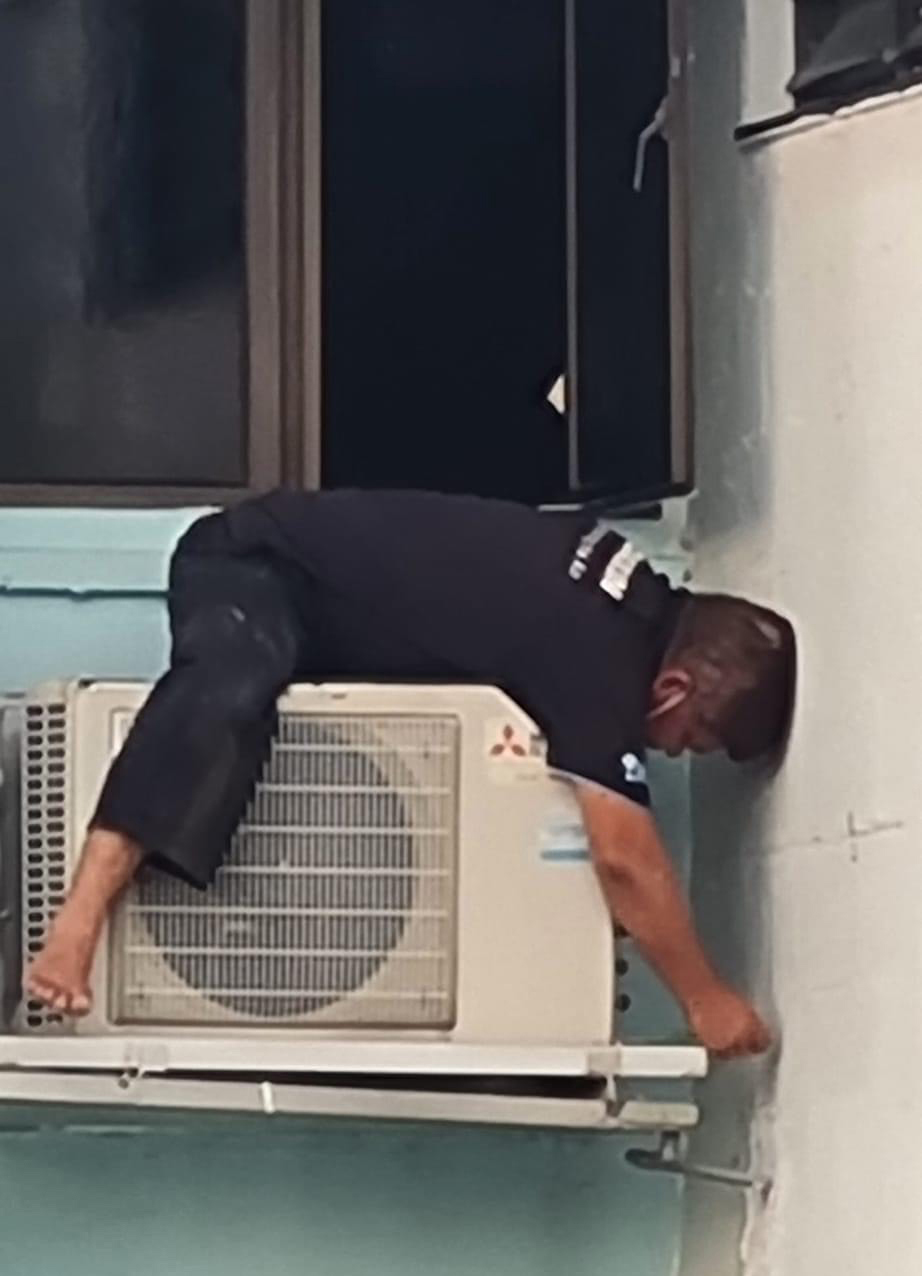 Dr Goh Yang Miang of The Institution of Engineers, Singapore, said more needs to be done about safety by air-conditioning maintenance contractors.

He said: "This is a perennial problem to which there are solutions like temporary door or window opening anchor, but not all contractors adopt them due to lack of awareness and cost considerations.

"Home and building owners can help to improve the situation by selecting contractors which have suitable fall protection solutions."

ministry of manpowerWorkplace safety and healthHDB
Share this article
This website is best viewed using the latest versions of web browsers.