Mishel Maryam Nasir was the top scorer among the 275 madrasah students who sat the O-level exams in 2021.
MUIS

SINGAPORE - Mishel Maryam Nasir put immense pressure on herself for the O-level exams because she felt she had to do well again after emerging as the top PSLE student at a madrasah four years ago.

Never in her wildest dreams did she expect to score eight A1s and an A2 to become the top scorer among the 275 madrasah students who took the exams last year.

She is also now one step closer to achieving her dream of becoming a doctor.

Mishel, 16, who is from Madrasah Al-Arabiah Al-Islamiah in Toa Payoh, got eight A1s for subjects like pure physics, pure chemistry and pure biology, and one A2 for additional mathematics.

She said: "There was a drive in me to make my school and community proud, which I think propelled me to put as much effort as I could into my O levels. But I could not have done it without the support of my parents."

Mishel and her two siblings - a 19-year-old sister and a 15-year-old brother - live with their parents in Tampines.

Her 49-year-old mother is a former accountant who is now a housewife, and her 53-year-old father, who was a commercial pilot in Australia for 15 years, is now self-employed.

In December, Mishel finished a six-week internship at the NanoBio Lab at the Agency for Science, Technology and Research or A*Star, and now plans to sign up for a bio-medical course at a polytechnic.

Another pupil who got his O-level results on Wednesday was Tyler Tan Yi He, 16, who passed all six subjects he took.

He said: "It was beyond my expectations and I am satisfied to have passed all my subjects well."

Tyler made the switch in 2018 from Pathlight School - which takes in children with autism - to Serangoon Garden Secondary but kept mostly to himself and did not socialise much. 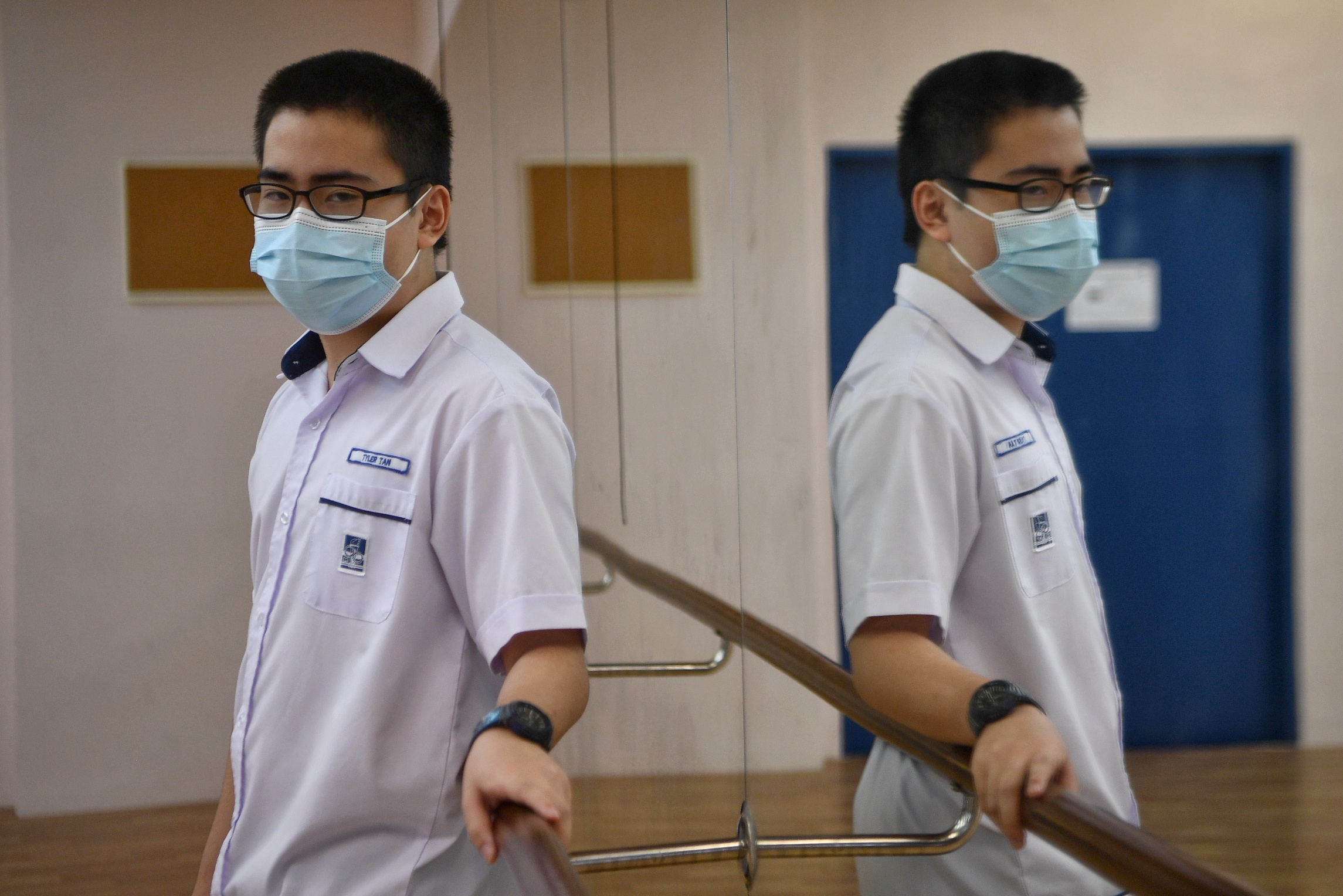 He slowly opened up and began forging friendships after his classmates made the first move and approached the quiet boy.

Apart from his teachers, most people in the school did not know about Tyler's autism until he chose to tell them about it when he was in Secondary 3.

"They made me feel comfortable and I knew I could trust them. Besides, I can't hide this secret forever. They allowed me to gradually become who I am today, someone who is much more open."