No exemption for those unvaccinated to bring children to tuition, enrichment in malls, unlike childcare, pre-school SINGAPORE - Exceptions will not be made to allow unvaccinated caregivers of children attending tuition or enrichment classes to enter the malls, unlike those going to childcare centres and pre-schools.

A spokesman for Enterprise Singapore (ESG) told The Straits Times on Thursday (Oct 14): "Childcare centres or pre-schools are key services typically required by parents who need to return to work."

Unvaccinated caregivers can make alternative arrangements, such as for a vaccinated person to take the child to the class.

They can also choose to obtain a valid negative pre-event test (PET) result to enter the shopping centre, the spokesman added.

Unvaccinated people will be barred from entering malls and large standalone stores from Oct 20 under the new vaccination-differentiated rules. Large standalone supermarkets are exempted.

Exceptions will be made for those who need access to childcare or medical services within the malls, provided they show proof such as an appointment card or a letter of support.

Children up to age 12, unvaccinated people who have recovered from Covid-19, and those with a negative PET result will also be permitted entry for the duration of the activity or service.

Some parents have found the new rules inconvenient. One housewife said she faces at least six weeks of dropping off and picking up her two daughters, aged four and seven, at Bukit Timah Plaza for their art and ballet lessons.

The 37-year-old, who did not want to be named, told The Straits Times: "My husband can take my daughters to school but not to their ballet and art lessons. It’s inconvenient since only I can come to malls to drop my daughters off or shop for groceries now."

She said other malls have also denied her husband entry, though the unvaccinated are still allowed to enter malls during the one-week grace period from Oct 13 to 19.

When ST visited United Square on Thursday, unvaccinated persons were allowed to enter.

But not wanting to risk his unvaccinated wife being denied entry, Mr Nicholas Lee told her to wait in the car while he bought lunch. She ended up waiting an hour and a half. 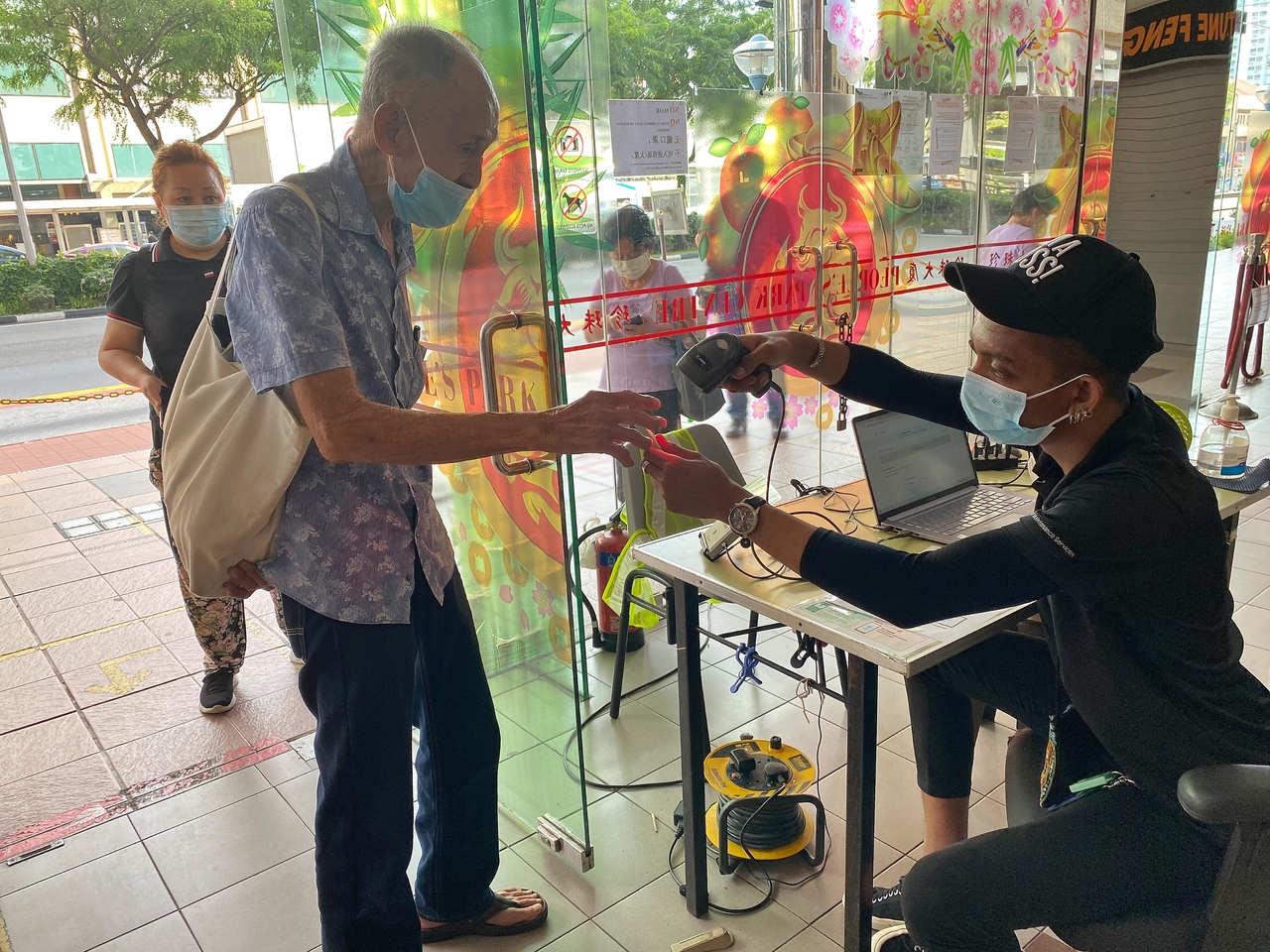 Mr Lee, who was with his brother, nephew and son, said: "My wife has just got her first jab but will have to wait three weeks for her second jab, and then another two weeks to be considered fully vaccinated. So she can go to malls only after more than a month later."

The helpdesk specialist, 34, added that he will have to be the sole caregiver of  their three children, aged four and under, when they go out.

He said: "It's not easy as the kids like to run around... The kids will sometimes want their mum, but she can't be with them in the malls now, and it'll be hard to pacify them.

"My wife feels left out. It's inconvenient, especially when we need to get necessities in malls, but it can't be helped."

Mall operators said they are helping tenants and the public familiarise themselves with the new processes.

UOL, which manages United Square, Velocity @ Novena Square, and Kinex, said it has distributed a circular to all its tenants on the new requirements and have made alternative arrangements for tenants with unvaccinated staff, and those who may need to pick up their children under 12.

More staff have also been deployed at key entry points of its malls during peak periods, and it is also working with tenants to see if a fixed format is needed for proof of entry that some unvaccinated people need to show before entering the malls.

The spokesman said: "While the roll-out period has been challenging, we will continue to work closely with the authorities to implement the new policies as part of efforts to curb the spread of Covid-19 in the community."

Lendlease Singapore's head of asset operations, Ms Jenny Khoo, said it aims to implement the full set of measures from Oct 20, and is deploying additional manpower at entry points of its malls, which include Parkway Parade, 313@Somerset and Jem.

Mr Ng Yihang, head of marketing and communications at The Learning Lab, said some of its students and parents may face challenges with the new rules.

The tuition and enrichment centre offers programmes for those as young as pre-schoolers, and has branches in malls such as United Square and Jem.

He said: "We are currently fine-tuning options that we hope will be helpful to these students and parents as we work towards keeping our students' learning as well-supported as possible."

New rules barring unvaccinated people from dining in at hawker centres and coffee shops kicked in on Wednesday (Oct 13).