There are joggers who stick to running trails, and then there are those who prefer to take the road less travelled — literally.

A man, who remains unidentified, sparked some concern after footage of him running along the middle of Penjuru Road, mere metres away from a number of moving vehicles, was shared on Facebook group SG Road Vigilante today (Oct 28).

"Almost daily this jogger [can] be spotted running in the middle of Penjuru road or AYE (Ayer Rajah Expressway)," SG Road Vigilante said.

"This area is frequently used by lorries and trucks. Can the authorities reach out and assist to prevent a fatal accident?"

In the minute-long clip, the shirtless jogger was shown running at a steady pace along the white line which divides the two-way road, located in an industrial estate in Jurong, on Tuesday morning (Oct 27).

Also visible in the video were footpaths on both sides of the street.

Clad only in black shorts and running shoes, the man was spotted running on the road as early as 6.30am, while it still appeared to be dark. 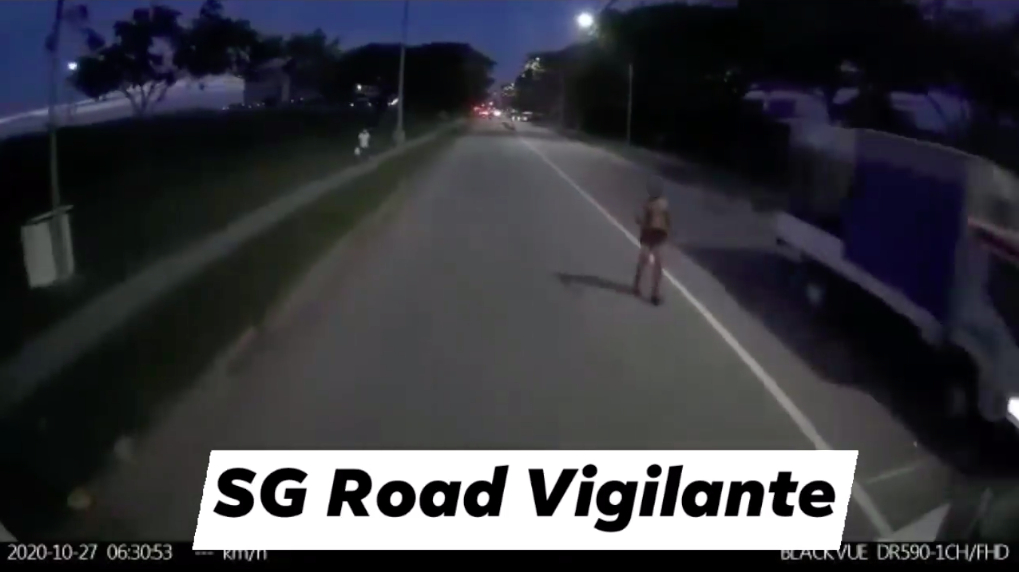 While concerning, his behaviour doesn't appear to be new.

One commenter claimed he has seen the man "doing that over the years", while another apparently "saw him running on AYE last week".

According to the Highway Code, a code of conduct for all road users, pedestrians who have to walk along roads should walk as close as possible to the road's edge.

If walking along a dimly lit road, it is also good practice to wear something light-coloured or reflective.

Pedestrians can incur a fine of $50 for general offences such as jaywalking. They can also be fined $75 for offences at an expressway.

AsiaOne has contacted the police for more information.