Malaysian not tempted, turns in $1,000 spotted at Singapore ATM 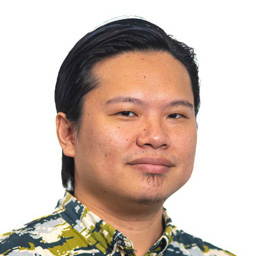 It is not often that we withdraw $1,000 from the ATM, let alone find one grand lying at an ATM.

What would you do? Thank your lucky stars?

One Malaysian man, having seen an ATM user rush off to catch an MRT train, decided he should attempt to reunite the stack of $50 notes with its rightful owner.

Photographer Jackson Lee, 32, turned in the cash at Yishun North Neighbourhood Police Centre yesterday evening (Dec 2), and shared the incident on Facebook, stating that the money was now with the police.

The incident happened on Thursday (Nov 29) at around 9pm at Admiralty MRT station, when Lee was shuttling between Johor Bahru, where he lives, and Singapore, where he works.

In the police report, he noted the owner of the $1,000 to be a "tan-skinned man". He tried chasing after him but failed to locate him.

"The money isn't mine, so I didn't keep it," Lee told AsiaOne rather matter-of-factly.

"I really wanted to find him there but there were too many people. Giving it to the police is better," said the honest man.

Lee works pretty much every day and explained that he only found time on Sunday to visit the police after chancing upon the money on Thursday.

ALSO READ: Good samaritan returns wallet to owner and has a moving chat about Islam

In his post, Lee reminded the ATM user to bring the receipt to claim his $1,000 from the police, although if you ask us, we're not confident that someone who'd forgotten about the money would still hold on to the receipt.

Naturally, once the story got out, the internet exploded in praise.

User Sammi Siek wrote that Lee's actions light up our society, while Yng Ah remarked that the world is still filled with love.

However, many commenters noted this would only happen in Singapore and not Malaysia partly due to the laws and surveillance cameras here.

User Shi Ng even implied that when in Singapore, everyone is a good citizen.