'Let's help our brothers by not dressing in a provocative way': Netizens take issue with pastor's remark on sexual temptation On Tuesday (Feb 23), Chow said on Thir.st's Facebook page that she realised that her remark angered many people and apologised for the hurt it has caused.

Acknowledging that her message could have been better framed or phrased, Chow explained that it was meant to be "an appeal for consideration, with the best of intentions" and that the purpose of her article was not to address "sexual predation or how to avoid it" but "to encourage the Christian community to help each other avoid sexual temptation".

"It was not my intention at all to insinuate victim blaming or excuse predatory behaviour and I apologise if it came across that way."

Social media can either make you or break you, and a pastor in Singapore is bearing the brunt of her remark on sexual temptation.

On Monday (Feb 22), Christian youth-oriented website Thir.st came under fire for publishing an article by Pastor Joanne Chow where she appealed to women to avoid dressing "in a revealing or provocative way" to help men "control [their] lustful thoughts".

In her article, Chow, a pastor for youths at Pasir Panjang Hill Brethren Church, recounted her own difficulties dealing with sexual temptation when she was in a relationship with her then-boyfriend who is now her husband.

The pastor also offered three tips to help youths from falling into such a temptation.

However, it was a particular remark that sent social media into a frenzy.

Shortly after her article was reposted on Instagram, many took offence with a particular paragraph that appeared to hint that a woman's dressing is to blame for a man's lustful thoughts: 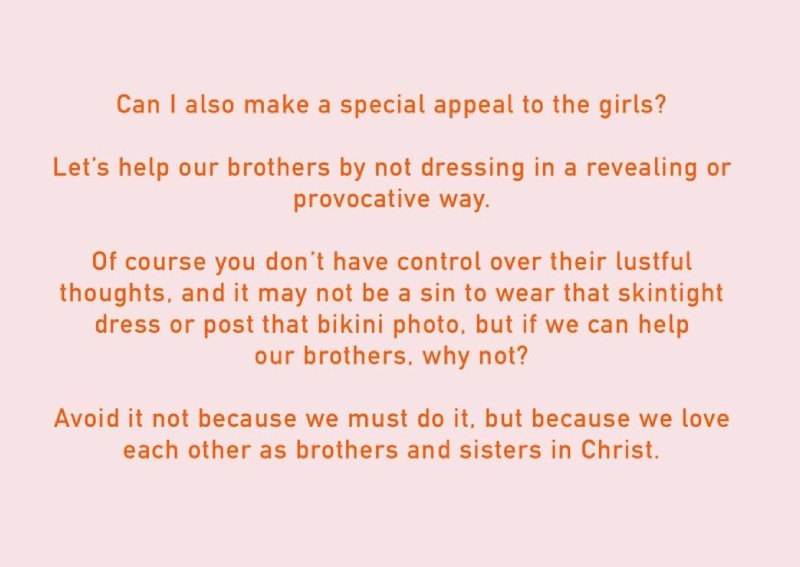 Responses from netizens were largely negative. Many commented on how Chow's suggestion reiterates the traditional role of women in the sexual sphere. 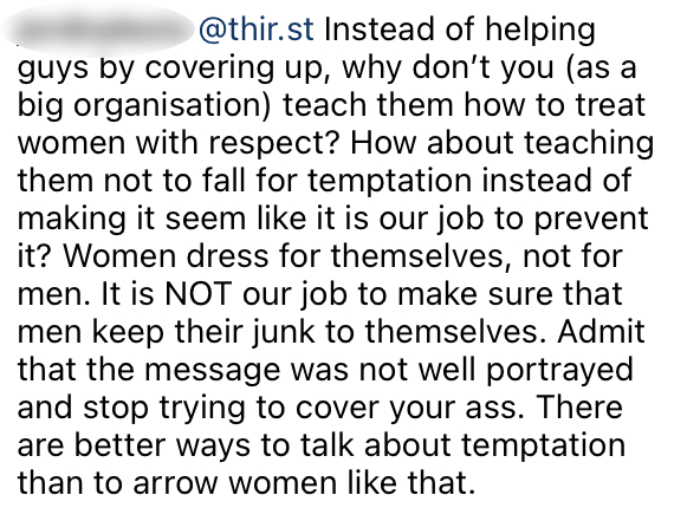 A few others shared their own experiences of being sexually abused.

Others called for the removal of the Instagram post, with some netizens pointing out that it has shone a bad light on the Christian faith.

A few also stated that while the intention of the writer seemed clear, they felt that it was framed wrongly. 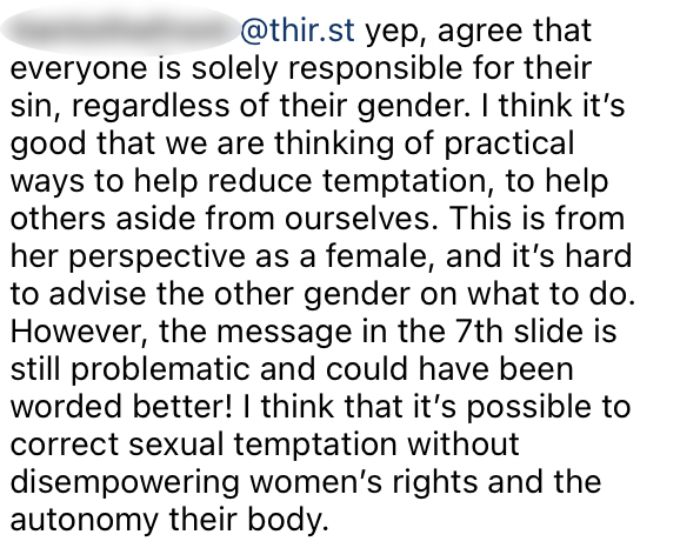 In response to the backlash, Thir.st said that the purpose of the article was to "offer practical advice on how Christians can avoid falling into sexual temptation", due to a recent case of a global Christian leader being accused of sexual misconduct.

Chow's article is part of a series called 'How not to fall', which focuses on the temptations both men and women face.

Her acknowledgement that everyone is "ultimately responsible for their own thought life" and her suggestion of "girls helping guys by dressing modestly" are "true at the same time and not necessarily in conflict", Thir.st explained. 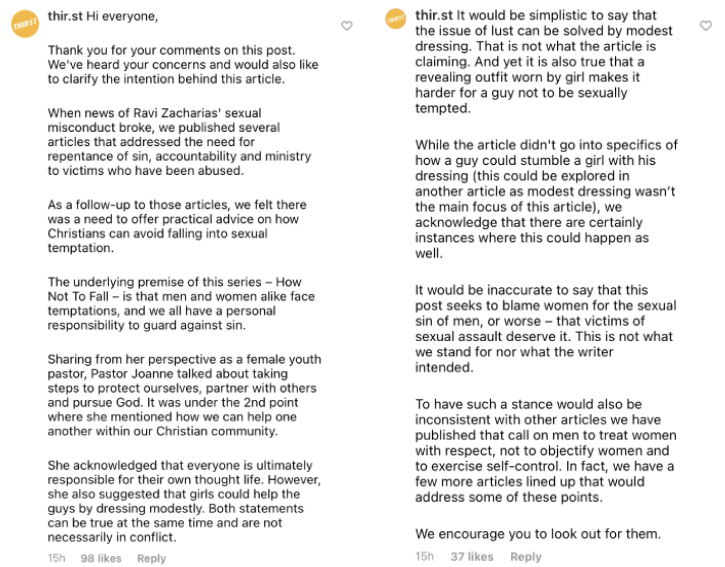 In another comment, Thir.st said that the article does not condone sexual misconduct and added that both the website and the pastor do not intend to victim-blame women who have experienced sexual assault.

They also agreed that it is "simplistic to say that the issue of lust can be solved by modest dressing".

However, their explanation did not sit well with netizens, who pointed out the contrasts in their responses. 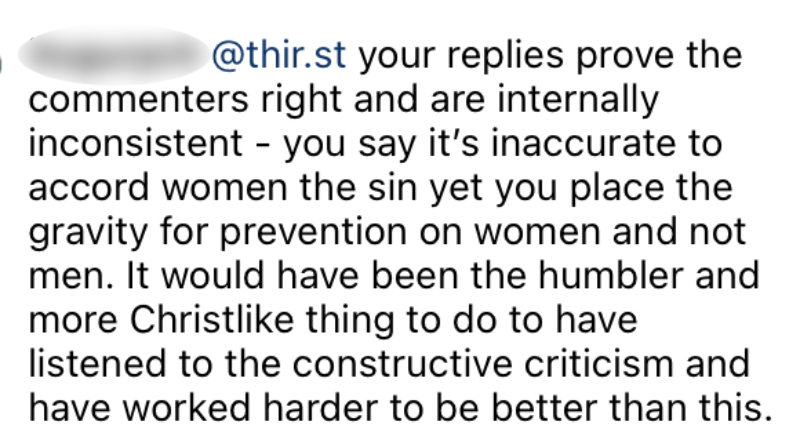