'It went straight into my face': User turns to Reddit for help on neighbour's leaking pipe Tanjong Pagar Town Council told AsiaOne on Tuesday (Feb 23) that they have found the unit that has installed the illegal water pipe. According to the town council, the unit owners are an elderly couple who will be asked to either remove or redirect the pipe.

A user has taken to Reddit to plead for help against the rain of terror from her elderly neighbours.

In her Sunday (Feb 21) post, user @HelloPeopleImDed attached a video of a pipe sticking out through a wall from her elderly neighbour's flat. A trail of dirt follows back to the pipe, near the user's window.

The user, who declined to be named, said that her elderly neighbours allegedly have been spilling water into the pipe, which drips into her room.

The 22-year-old student told AsiaOne that she has been facing this issue for a couple of years, which has escalated recently over a year.

Living on the fourth floor at Telok Blangah Crescent with her family, it all began when water started dripping into her room from the couple cleaning the windows every few weeks she said. Yet she brushed it off. 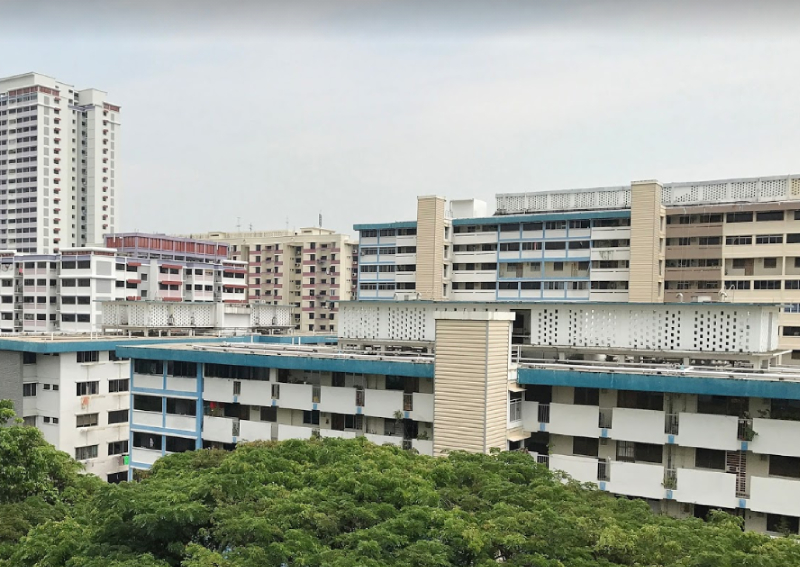 "My family tried to just let small issues go since we were afraid that a big fight between neighbours would happen," she explained. She and her family migrated from Myanmar to Singapore eight years ago.

Now "small streams" of water would drip frequently into her room almost daily between the afternoons and early evenings according to her. With the air-conditioner not working, this left her no choice but to leave her window open in the evenings.

There were numerous times when she woke up from her nap to water splattering on her face.

She finally decided to confront them herself, however they allegedly became hostile. They continuously denied her claims and refused to talk, she said.

"The old woman in the wheelchair said, 'go home' and treated me like I was wrongfully accusing them", she told AsiaOne.

Unsatisfied with the response, she returned again, bringing along a photograph as proof. The elderly couple allegedly refused to talk, but she said she decided to wait. The husband then came out and talked to her. He promised her that the hole would be fixed, she said.

It finally hit breaking point for her last Saturday (Feb 20). At about 6.40pm, while she was studying, a large amount of water suddenly gushed down and bounced off the ledge.

"[It went] straight into my face, drenched my phone, into my water cup, my notes, basically everywhere," she added.

Her post has been upvoted almost 600 times, and has garnered more than 110 comments.

Many Redditors sympathised with her plight and offered some suggestions such as using the OneService application, which is used for reporting municipal issues in Singapore.

She received an update from the app that the issue is currently being looked into.

She also plans to contact the town council soon. AsiaOne reached out to Tanjong Pagar Town Council, which is in charge of the user's housing estate, for further comments.

According to HDB, floor slabs and walls must not be tampered with should a resident wish to install a discharge pipe. Such work is discouraged as it may cause water leakages to units below if pipes are not installed properly.

Things may start to look up for her. "Today, they seemed to have stopped the flow," she said. "This has been the first time in a long while."