'I was wordless': Ong Ye Kung after learning he would move from Transport Ministry to Health SINGAPORE - Transport Minister Ong Ye Kung was left "wordless" when Prime Minister Lee Hsien Loong told him over a phone call that he would be moved to helm the Health Ministry at last week's Cabinet reshuffle.

"At most you can hear, 'Huh?' in my brain, because nobody expects to be moved after like eight months, nine months, (in) Transport. I was all ready to stay five years, the whole term," he added.

Mr Ong and Education Minister Lawrence Wong were both appointed to new posts in the reshuffle announced on April 23, about nine months after they took up their current portfolios following the general election last July.

The latest reshuffle will see Mr Ong helm the Health Ministry from May 15, with Mr Wong moving to head the Finance Ministry and Minister for Trade and Industry Chan Chun Sing replacing him at the Education Ministry, among other changes.

On his new role, Mr Ong quipped: "At least I didn't learn about it from the press release. The Prime Minister was really nice, he called up every single one of us, I was number three or number four, and then he told us about our posting, he explained what he expects of us, we spent 45 minutes or so chatting."

During the 30-minute radio interview on topics ranging from his favourite songs and bands to how he relaxes after work, he also spoke about his time at the education and transport ministries.

As education minister, Mr Ong said he made "one of the toughest decisions in my life" - keeping schools open when the coronavirus hit Singapore's shores.

Describing the situation in the early days of the pandemic last year as "panic stations", Mr Ong recalled that no one knew how the Covid-19 outbreak would play out.

"In most countries, the education minister said better just close school because if there's an outbreak in school, his job is on the line, they probably have to resign," he said.

"But I just felt that if we closed schools, we're going to have a whole generation of kids missing out. I don't mean those who are graduating, but those in primary school, in secondary school, maybe they come from fairly vulnerable families. So you're going to keep schools open to give them that environment to learn, if not you may have a lost generation."

On transport, he explained why he gave the green light for the North East Line (NEL) to close early on Friday and Saturday nights to speed up replacement works of insulators along the line. A faulty insulator on the NEL's overhead catenary system had caused a disruption on March 28.

Describing the rail maintenance teams as "fantastic", he said: "They are up while we sleep, they are in the tunnels doing the maintenance. So one of the things I thought at the very least as Minister I can do for them is that when they need more time, you appeal to commuters to say, 'Can we close the MRT earlier on certain days or open later on certain days?'"

He acknowledged that it had not been easy for commuters and people were upset when the trains had to stop early or start later by 1½ hours.

But he added that it provided maintenance staff with twice as much time to do their work, and helped improved efficiency. 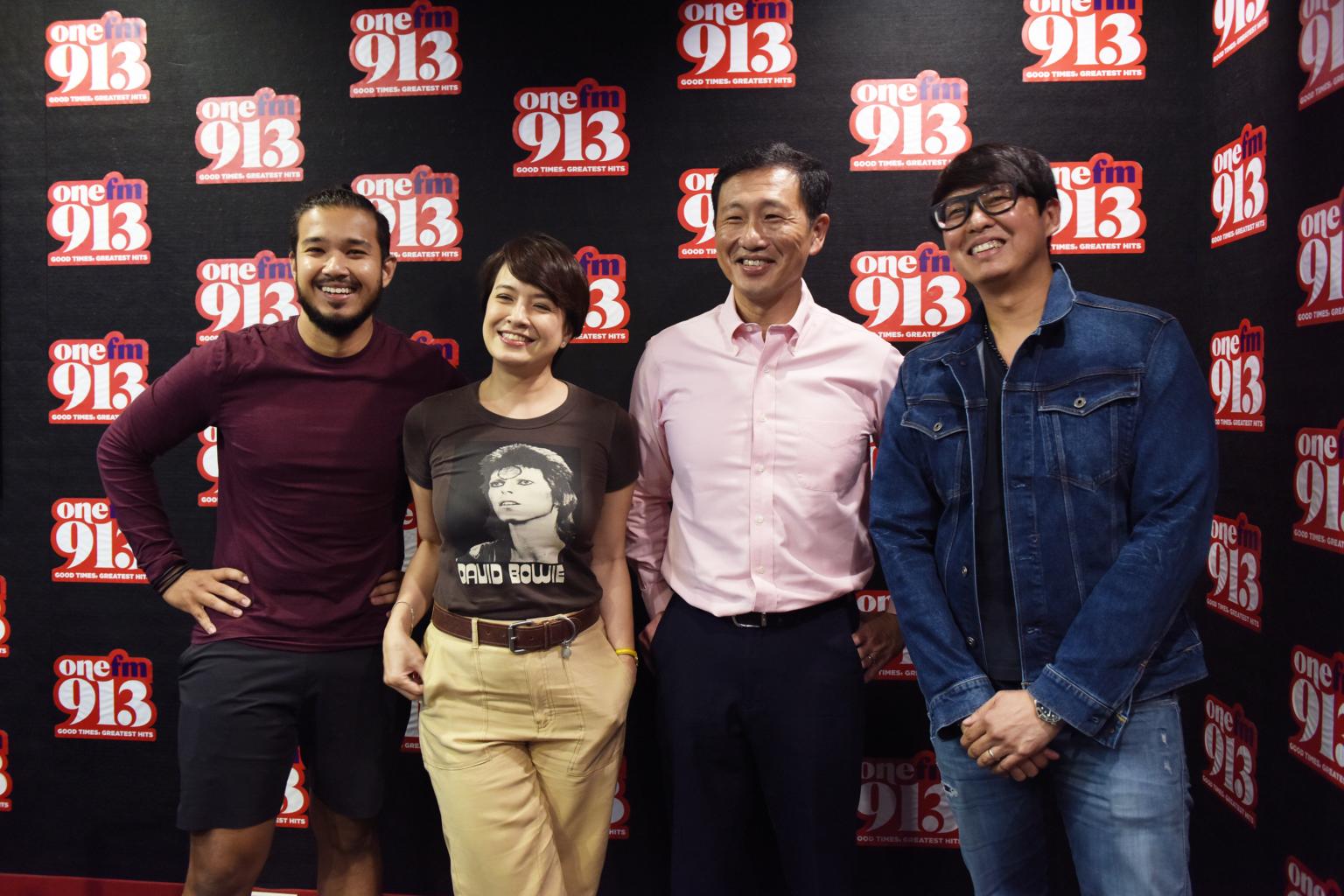 The replacement of insulators along the NEL was completed earlier this week, five months ahead of schedule.

Asked how he unwinds at the end of the day, he said he used to put on vinyl records to listen to music while writing his speeches and clearing his e-mail messages, then turned to reading books. "Reading puts me to sleep straight away," he quipped.

These days, he prefers to just read his e-mails and write his speeches in bed next to his wife, as she reads e-books through the National Library Board app.

Asked about comments from netizens about his unfinished work as transport minister, Mr Ong said: "I suppose you can never complete your work."

He noted that he had hoped to remain in the Education Ministry for a longer time before he was appointed transport minister.

Ministry of TransportRadioOng Ye KungMinistry of Health
Share this article
This website is best viewed using the latest versions of web browsers.