'Hello my friend': Man crows about his friendship with bird Friendship can happen between the unlikeliest of creatures.

A man in Singapore recently befriended a crow and showed off his feathered friend in a Facebook video on Thursday (Jan 13).

James was seen walking up to the bird perched on his window sill, saying, "Hello, hello!".

The bird then slipped through the window grilles and offered its back to James for rubs.

"This young crow has been coming to my house every now and then for the past few months... Recently he [has] trusted me more and allowed me to rub him," James wrote in the video's caption.

The clip made its rounds on social media, enthralling netizens who can't seem to get enough of the crow. 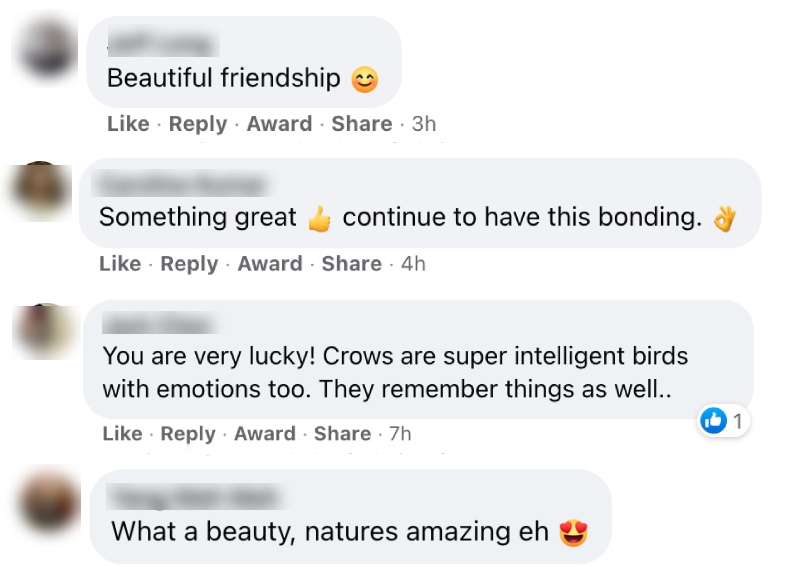 Responding to netizens' requests for more videos, James also created a TikTok account for the crow, which he has named Ah Chiang.

On Friday, he uploaded a video of the bird tucking into its favourite treat — a speculoos biscuit.

In the same video, Ah Chiang appeared to be able to puff up its feathers on command, earning praise from James.

According to the National Park Board's advisory on crows, they are one of the most intelligent animals on Earth and are able to recognise and remember human faces.

As for crows puffing up their feathers and bowing, there's a variety of reasons for the behaviour, a corvid researcher explained. 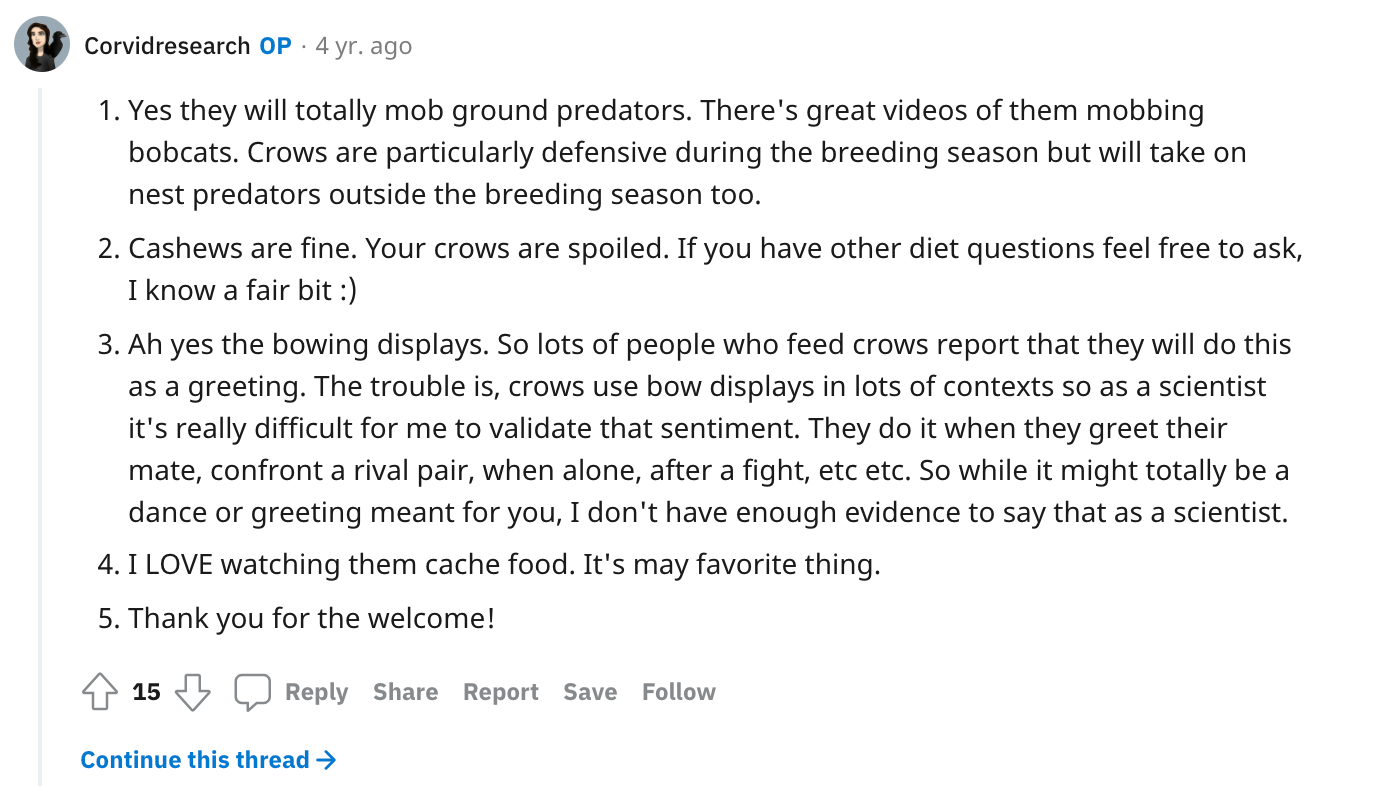 While Ah Chiang and James share a special bond, it appears that not all birds that pay house visits are as adorable.

In 2020, Facebook user Ho Xiang Tian recounted his crappy experience with two hornbills who paid him a visit in his Pasir Ris flat.

The birds flew into his home on the 10th floor and left their droppings all over his house.

"We spent the evening cleaning up, but I think a tinge of s*** smell still hangs over the living room," he wrote.