As Covid-19 cases spike abroad, Singaporean students in US and Europe prep for long, harsh winter

It is turning out to be a winter of discontent for thousands of Singaporean students who returned to campuses in Europe and the United States between August and October.

That was when the pandemic had looked to be stabilising. But there has been a rapid resurgence of the coronavirus across Europe and the US since.

This comes as the cold season approaches, with experts warning of a spike in cases during winter.

The students' expectations of a full university life have been undermined by heightened tensions between them and housemates who are blase about the disease's risks, choose to party and ignore recommendations such as mask usage.

The governments in Europe and the US are also struggling to put in place safeguards, even as they deal with political blowback from a populace tired of restrictive measures.

The Straits Times spoke to students in Britain, France, Germany, the Netherlands and the US in the past week. They said they are worried, have taken precautions but are unable to predict how bad the situation will be. With their parents in Singapore, they have to make their own decisions.

"I'm actually very scared to use all my hostel amenities," said Ms Claire Zhou, 23, a student at the University of Oxford in Britain.

"I only stay in my room and I refrain from cooking."

Mr Xu Jiaxin, 22, in his second year at the Menton campus of France's Sciences Po Paris University, said: "Even if you stick to small and responsible social circles, you can't control what other people are going to do."

For instance, one student in Europe said her housemate has been playing rugby despite having been identified as a close contact of a confirmed Covid-19 case.

Europe went from six million cases to seven million in just 10 days last month, according to the United Nations. In the US, cases surpassed nine million on Friday (Oct 30).

It is lockdown time again in France and Germany, while the US is bracing itself for an unpredictable presidential election on Tuesday that could see people who are not satisfied with the results take to the streets, in violation of coronavirus rules.

Mr Kwan Jin Yao, 29, a final-year PhD student at the University of California, Los Angeles, said there is also Thanksgiving on Nov 26, the biggest family holiday in the US.

"It will be a super-spreader event, with people flying all over the States. It will get worse before it gets better."

The Ministry of Foreign Affairs had earlier in the year advised all overseas students to return to Singapore, in view of the pandemic.

Some of those on government scholarships have been forbidden from flying back to school, and have stayed in Singapore to do remote learning instead.

Students who prefer the full experience are among those who flew back between August and October when school terms began. 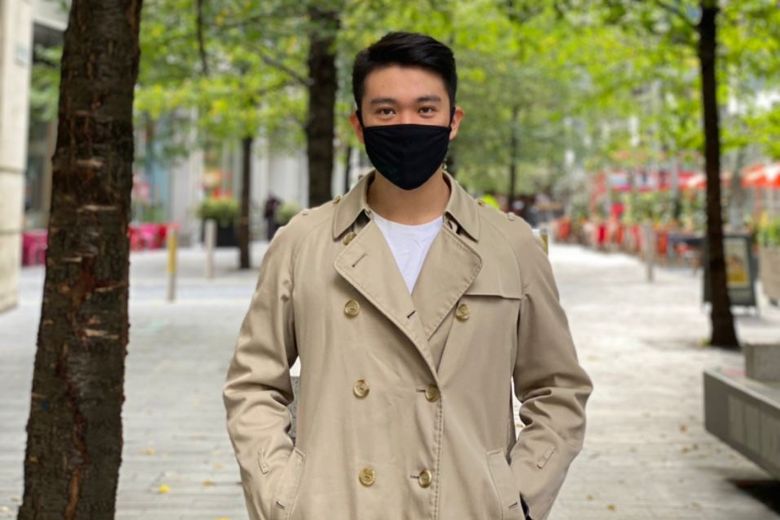 Mr Shaun Ang, 21, a London School of Economics (LSE) student in his first year, did so in September to "maximise my experience" in that city.

He added: "I am paying university fees and did not want to just be doing online classes.

"Back then, the situation was improving so I also didn't expect the cases to spike."

Master's student at Delft University of Technology in the Netherlands Liaw Su Xin, 25, is back on campus as her course in landscape architecture requires her to be on site for some activities, with others held online.

She said: "The pandemic is definitely affecting my education experience. Online discussions always have some miscommunication and a lack of connection and spontaneous interaction."

Students have had to adapt to cumbersome communication and more in Europe under the cloud of the virus.

They said their European counterparts have taken less to the rules, and that some continued to book clubs for parties, where there is a risk as social distancing is often not observed.

Ms Kelly Yeo, a 20-year-old student at the Philipps Universitat Marburg in Germany, estimates that only one in five people wears a mask when they go out.

Many European countries stipulate mask-wearing only in indoor areas like supermarkets.

The rules are in any case difficult to enforce, the students said.

"It's very hard to regulate because of the size of Britain and there aren't any social distancing ambassadors around," said Mr Ethan Cheng, 22, of University College London. 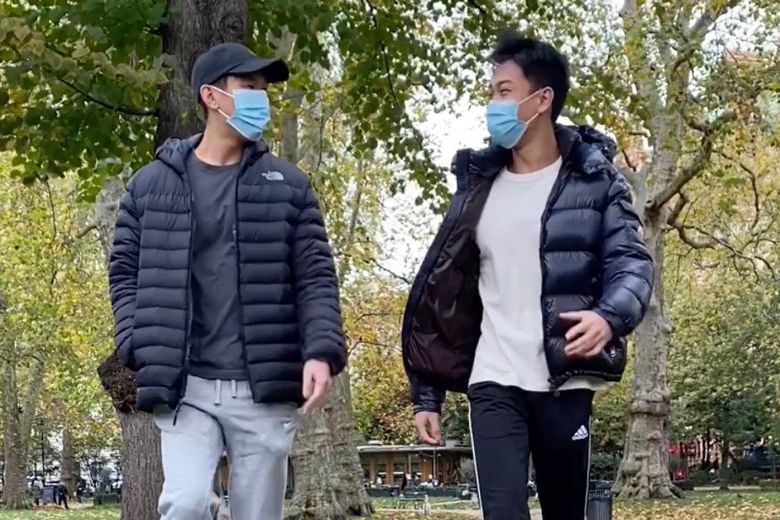 Students are making the adjustments and gearing themselves for a harsh, long winter.

Ms Elizabeth Tong, 22, a student at Heidelberg University in Germany, said returning to Singapore is not a viable option, citing quarantine costs as a factor.

She is optimistic about staying on though, noting Germany's renewed efforts to tackle the virus.

"A difficult and gloomy winter stands before us, but I feel that if we adhere to the newly imposed restrictions dutifully, we will be able to" see virus cases go down, she said.