Receiving handwritten notes is often seen as an act of love.

However, one motorcyclist didn't feel that way after reading a note he found placed on his motorcycle at 757A Pasir Ris St 71 multi-storey carpark.

On Monday (Oct 11), this motorcyclist took to Facebook to share the incident which happened on the same day — and posted a photograph of the note, which has garnered over 400 comments and 500 shares.

"Looks like you are new here. I did not see your motorbike before," the note said. "Can you kindly parked [sic] at other motorcycle parking lot[s]?"

The note — believed to be written by a motorcyclist occupying the adjacent lots where the note was found — said these lots were already taken up by "permanent owners".

This suggests the writer, and the other motorcyclists, were season parking holders who regularly parked at that Level 3A area.

It added: "When you started to park here we don’t have a parking lot to park."

In the Facebook post, the person who received the note revealed that he was a probation-plate rider and new to the carpark. 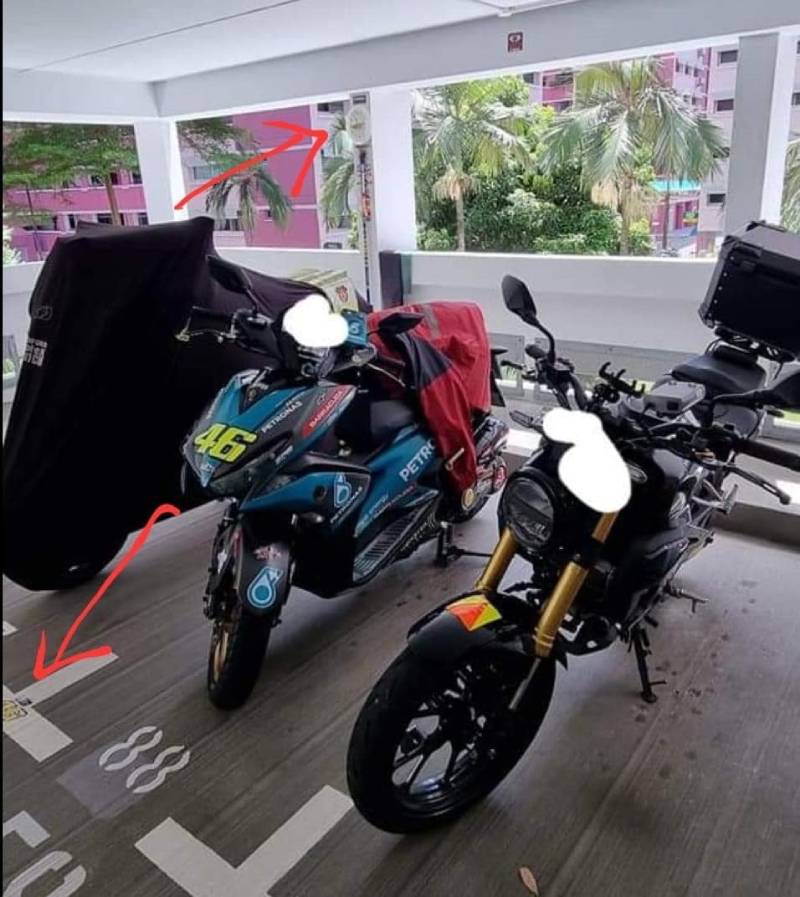 In the post, the motorcyclist uploaded two more photographs showing how these other motorcyclists have personalised their parking lots as well. Stickers were placed on the walls and floors of the surrounding area, and even a plastic clock was put up behind lot 87.

Netizens were not pleased at this behaviour and called out the motorcyclist writing the note for being "self-entitled" in thinking that reserved lots were allowed at HDB carparks. 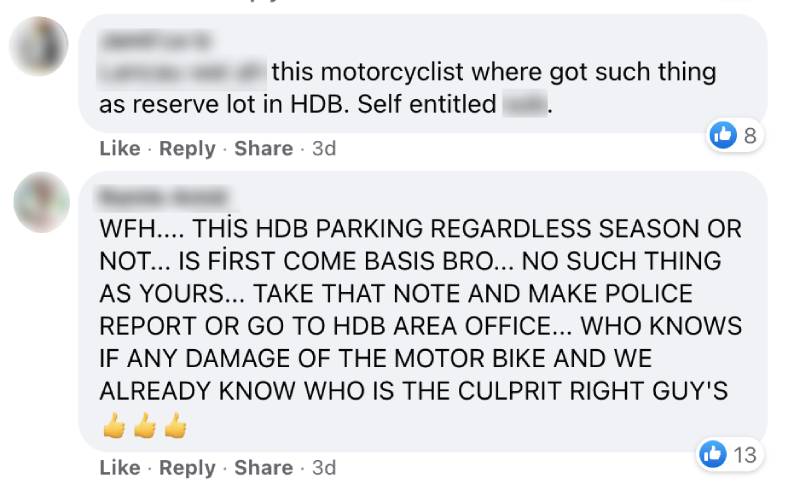 Other netizens had a different take. One pointed out that the legible handwriting could be put to better use while another suggested an alternative location (in Mandai) to park instead.

According to HDB, season parking is for road users who are looking for long-term parking in a HDB carpark group at any time.

Once successful, the road user is not required to display parking coupons. There is no mention of reserving parking lots.