SINGAPORE - When they died, none of their family members may have known - or cared.

A 74-year-old, known to neighbours as Lily, who lived alone with two cats, had left a light on in her Bedok North Avenue 2 flat. She had not been seen feeding stray cats in her neighbourhood or hanging out her laundry as she used to.

When worried neighbours opened Lily's unlocked door on Sept 4, they were hit by a rotting smell. Lily was found dead, with one of her cats lying alive near her body.

Here are five other cases of the elderly who lived alone and were found dead in their homes. 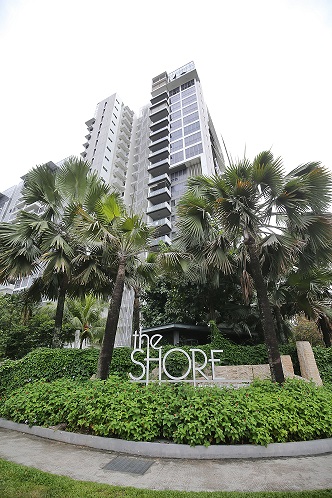 After an elderly woman living alone was not seen outside her condominium unit for months and letters began piling up at her door, the condo management was notified.

But her fate was discovered only more than a year later in 2020, when police officers entered her flat and found her remains.

The woman, believed to be Madam Lily Loh, who was around 80, was a resident at The Shore Residences, a condo in Amber Road near Katong Shopping Centre.

A resident said Madam Loh lived alone and had only a dog for company. She did not appear to have family members nor any visitors.

After returning from an overseas trip in January 2019, the resident stopped seeing Madam Loh at the condo.

At one point in February 2019, there was also a "weird smell" in the common hallway.

But it was gone later, after the resident returned from another overseas trip.

Later, mail began to pile up in front of Madam Loh's door, including court documents that appeared to have involved her and the condo management.

The management was notified about Madam Loh's disappearance, but nothing appeared to have been done.

It was only many months later that her missing status was relayed to Mr Lim Biow Chuan, the MP for Mountbatten.

Mr Lim notified the police, who then found remains of a human and a dog in Madam Loh's flat. Police investigations did not suspect foul play.

Hoarder found dead in flat with piles of rubbish 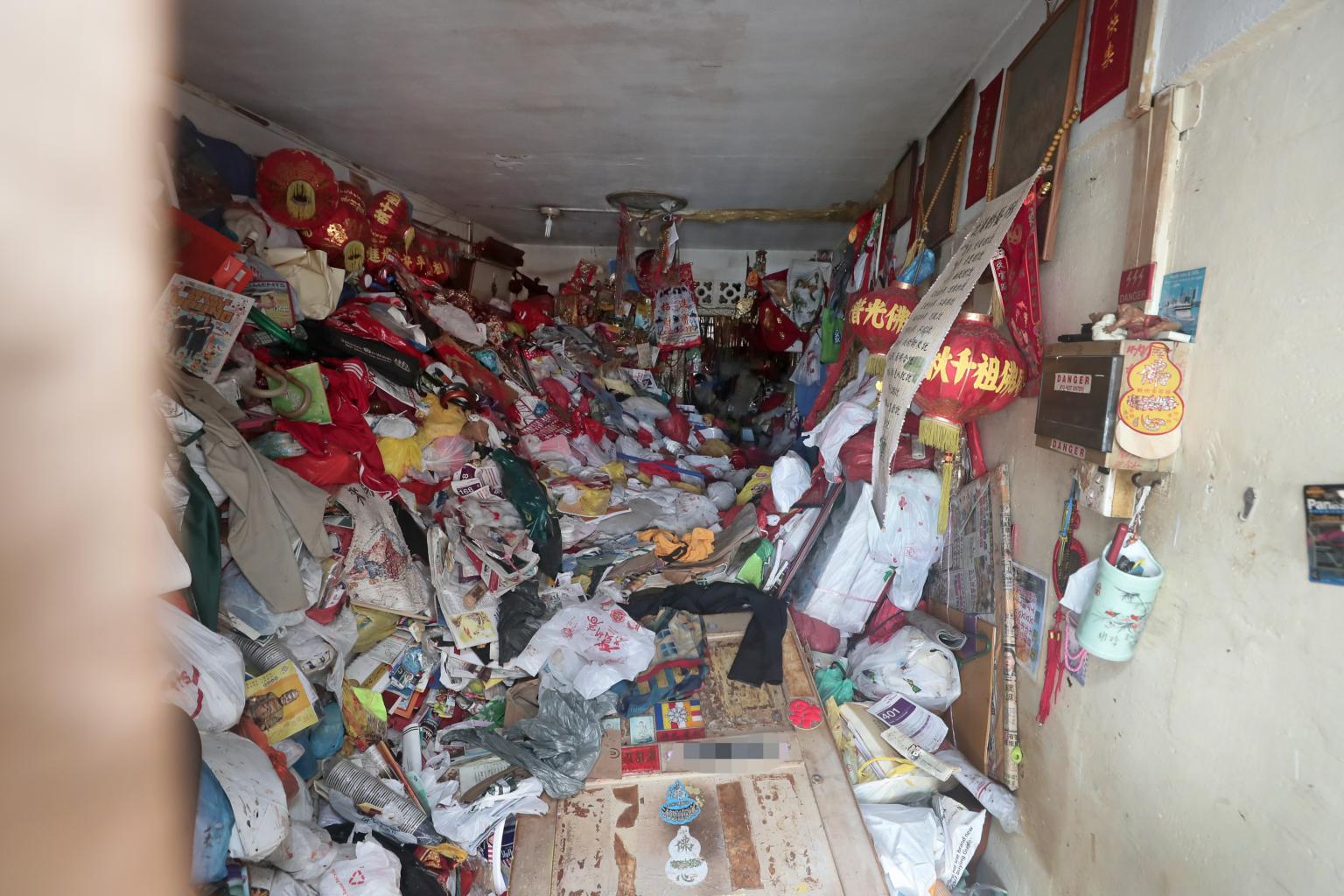 In 2019, a hoarder, 68, was found dead in a Bedok North flat full of rubbish. Singapore Civil Defence Force officers forced their way into the flat after a neighbour complained of a stench, and found an elderly man lying motionless among mounds of rubbish.

Neighbours said the man lived alone after his wife and two children, fed up with his hoarding habits, moved out years earlier. He kept to himself.

An elderly woman on the 11th storey said he would walk by her flat regularly, without even nodding in friendly acknowledgement.

She added that before his death, "he had lost a lot of weight and looked quite sick. He had to hold his pants up as he walked".

He would leave the trash he brought home outside his door and neighbours would ask the authorities to clear it.

In the weeks leading up to his death, neighbours noticed that the pile stayed untouched and did not grow.

Then a foul smell came from the flat, leading a neighbour to call the police. 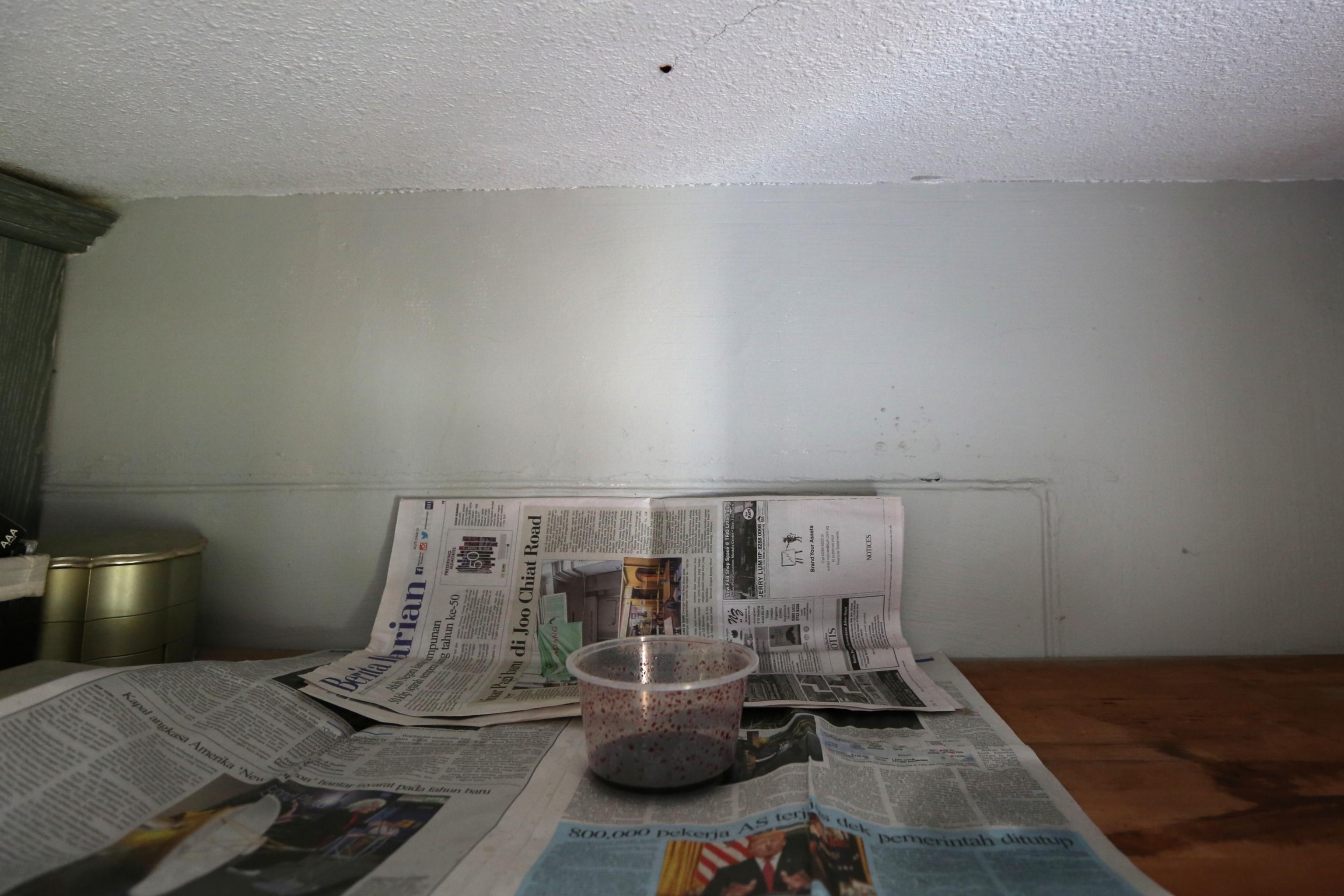 In 2019, a 77-year-old was found dead in his Tampines flat after blood dripped through the ceiling of the unit below.

A Tampines resident noticed a strange smell in her flat one morning.

The 62-year-old eventually traced the smell to a dark red liquid which was dripping from the ceiling in her master bedroom.

Suspecting that the liquid might be blood, the woman asked her son-in-law to call the police.

The police said investigations revealed that the man had died of natural causes.

A neighbour said he had not seen the man for a few days before his death. However, he did not suspect anything unusual as the man did not socialise with anyone and was usually home only in the evenings.

Blood seeping out of front door

In 2018, a 79-year-old man was found dead in his Beach Road flat after blood was seen seeping out of the flat.

In an attempt to figure out what it was, a neighbour, Mr Luo, 70, used his finger to touch the dark liquid and sniff it.

The smell of the liquid made him worried, and he started knocking on the door.

With no response from his neighbour, Mr Luo sought help from Keeping Hope Alive, a private volunteer group that looks out for the underprivileged and elderly in rental estates.

Members from the group said they were preparing for their usual door-to-door visits in the estate that morning when they were approached by Mr Luo.

Two of the volunteers accompanied him up to the flat and saw the blood trail. They immediately called the police.

Mr Luo said the man was a cleaner at a hospital and that he had last seen him three days earlier.

Volunteers from Keeping Hope Alive said the man had not been to work for five days.

Mr Luo added that his neighbour had difficulty walking, and usually kept to himself.

Another neighbour said the man moved into the estate about a decade earlier and was reclusive.

He was isolated with mobility issues 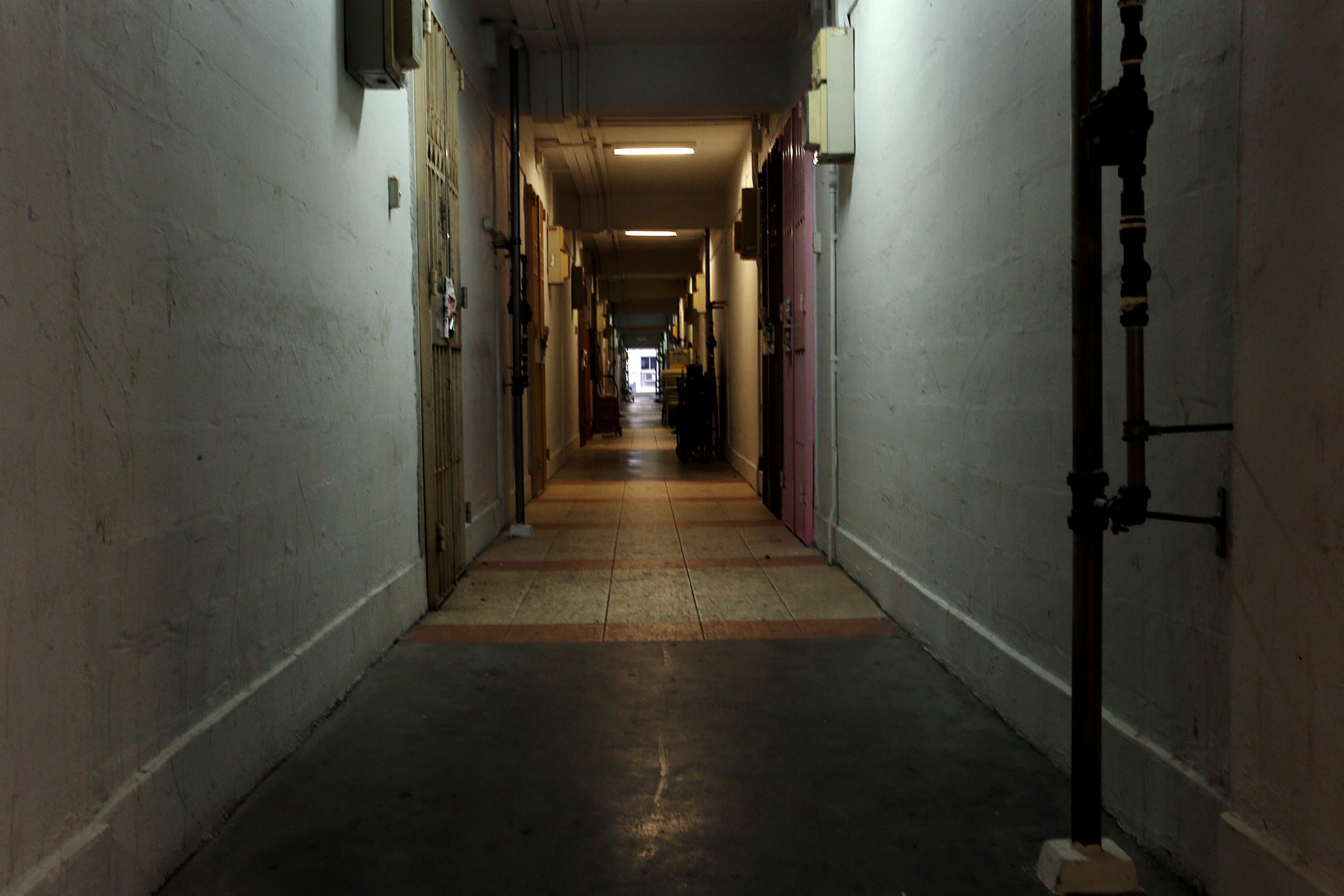 Mr Soh Ah Seng, 82, was frugal and kept much to himself. He was divorced and his children never visited. He was already dead for at least two days before his neighbour called the police. Living alone, Mr Soh usually left the door of his one-room flat in Geylang Bahru slightly open during the day.

Community workers who paid regular visits to senior citizens in these rental flats stopped to chat with the 82-year-old from the corridor. His next-door neighbour said "hi" almost daily, venturing inside when invited. It was a privilege that Mr Soh extended to few.

But one day in 2016, his neighbour, 54, noticed that the blue door was shut. The grille gate was also locked.

The next day, another neighbour from a few floors below knocked on the door. The neighbour, 64, wanted to hand over the coffee powder that Mr Soh had requested. Mr Soh, who had difficulty moving around, used to ask him to buy groceries every few days.

The neighbours pounded on the door, to no avail. They began to feel uneasy, but thought that maybe Mr Soh had gone to the hospital.