SINGAPORE - A man was found dead in a bedroom after a fire broke out in a Housing Board flat in Jurong West, the Singapore Civil Defence Force (SCDF) said on Friday (Oct 8).

Preliminary investigations revealed that the fire was of electrical origin from a personal mobility device (PMD).

The SCDF was alerted to the blaze on the fifth storey of Block 978 Jurong West Street 93 at 2.25am on Friday. Two people were seen standing on a ledge outside a unit.

The firefighters broke into a bedroom of the flat to rescue them.

The fire, which involved the contents in another bedroom, was extinguished with one water jet.

A 22-year-old man was found in that bedroom and pronounced dead at the scene by a SCDF paramedic, the police said.

A 24-year-old unconscious man had been evacuated from the flat before the SCDF arrived and was taken to Singapore General Hospital for burn injuries, said the police.

About 60 residents from the neighbouring units were evacuated by the police.

Two firefighters were assessed by paramedics to have experienced heat exhaustion and taken to Ng Teng Fong General Hospital. They have since been discharged.

In the Facebook post, SCDF reminded the public on the prevention of PMD fires with safety tips in an infographic.

It added that non-UL2272 PMDs pose a fire risk and owners are strongly encouraged to dispose of their devices at recyclers. 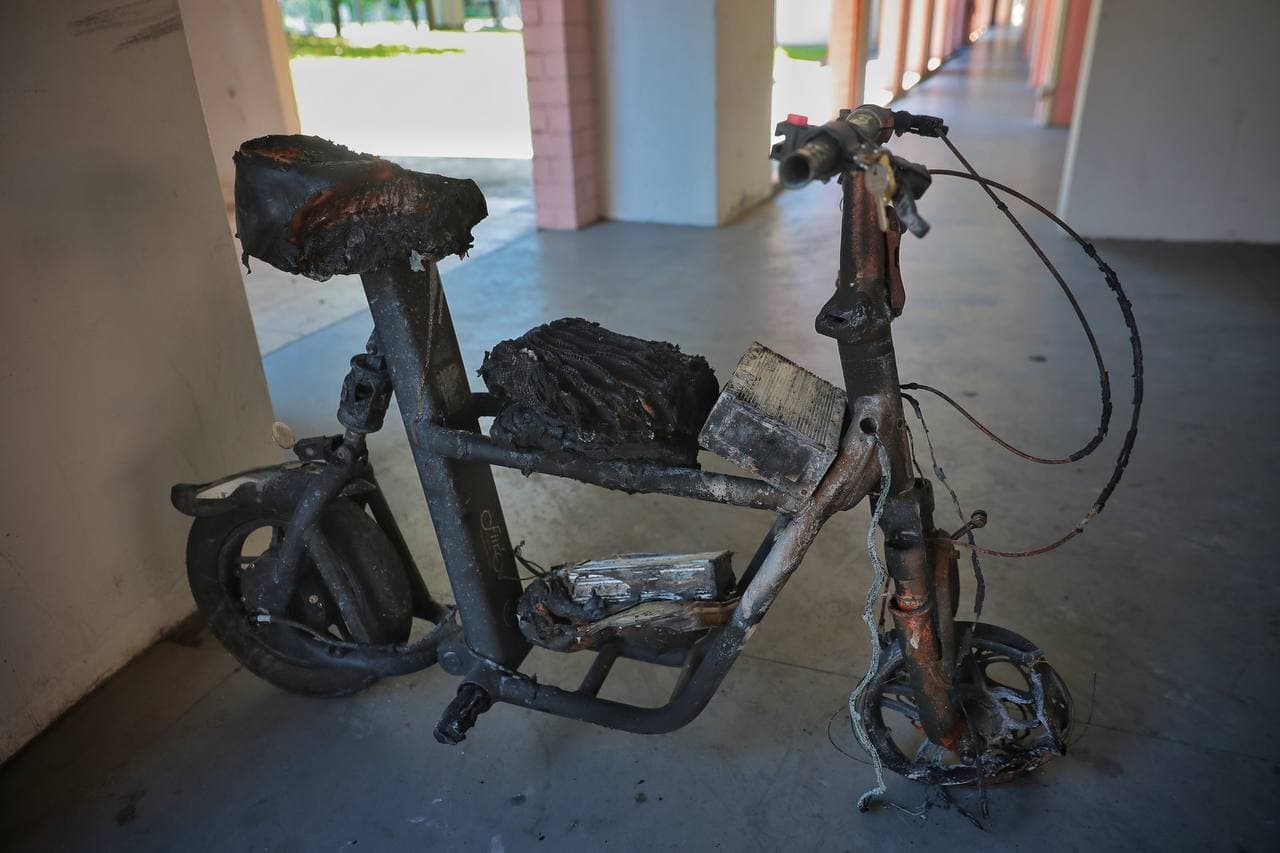 Mr Ang Wei Neng, an MP for West Coast GRC, said in a Facebook post on Friday (Oct 8) that he had been at the scene of the fire in the morning.

“I also visited the neighbours in the same stack of the block and they were mostly okay, though many of them had to be evacuated briefly at 3am in the wee hours of the morning. I hope that this incident will serve as a solemn reminder that we should only use licensed and approved PMDs,” he wrote.

Visit this website to find out the disposal locations.

Only UL2272 motorised PMDs are allowed on cycling paths.