Moving from a public rental flat to home ownership is not easy. Here's what it takes In his recent National Day rally speech, Prime Minister Lee Hsien Loong highlighted the increased number of people moving into public rental flats. While the number was highest in the Malay community, it’s worth noting that the number of renters also went up in the Chinese and Indian communities.

And while we agree that it’s a good idea to try and move from public rental to home ownership, it may be a tougher process than many of us expect:

More Singaporeans are living in public rental flats, compared to a decade ago

The PM said that “We must help more households in rented flats recognise that renting is only a temporary housing solution, and to encourage them to stabilise their income so that they can move towards home ownership, and progress with the rest of society.”

A good goal for any community; but it’s a move that’s tough to manage. For many who are renting, home ownership is not a goal that can be attained in a short time; and there’s a real risk of some waiting for decades, and reaching their 40’s or 50’s before managing the move.

Here’s what it takes for many to make the leap:

Note that for the following, we refer to those who are in rental flats due to low-income or related situations (under HDB’s Public Rental Scheme), not those who are just waiting for their flats to be completed and renting from the secondary market!

1. Qualify for the Fresh Start Housing Scheme (if a second-timer) 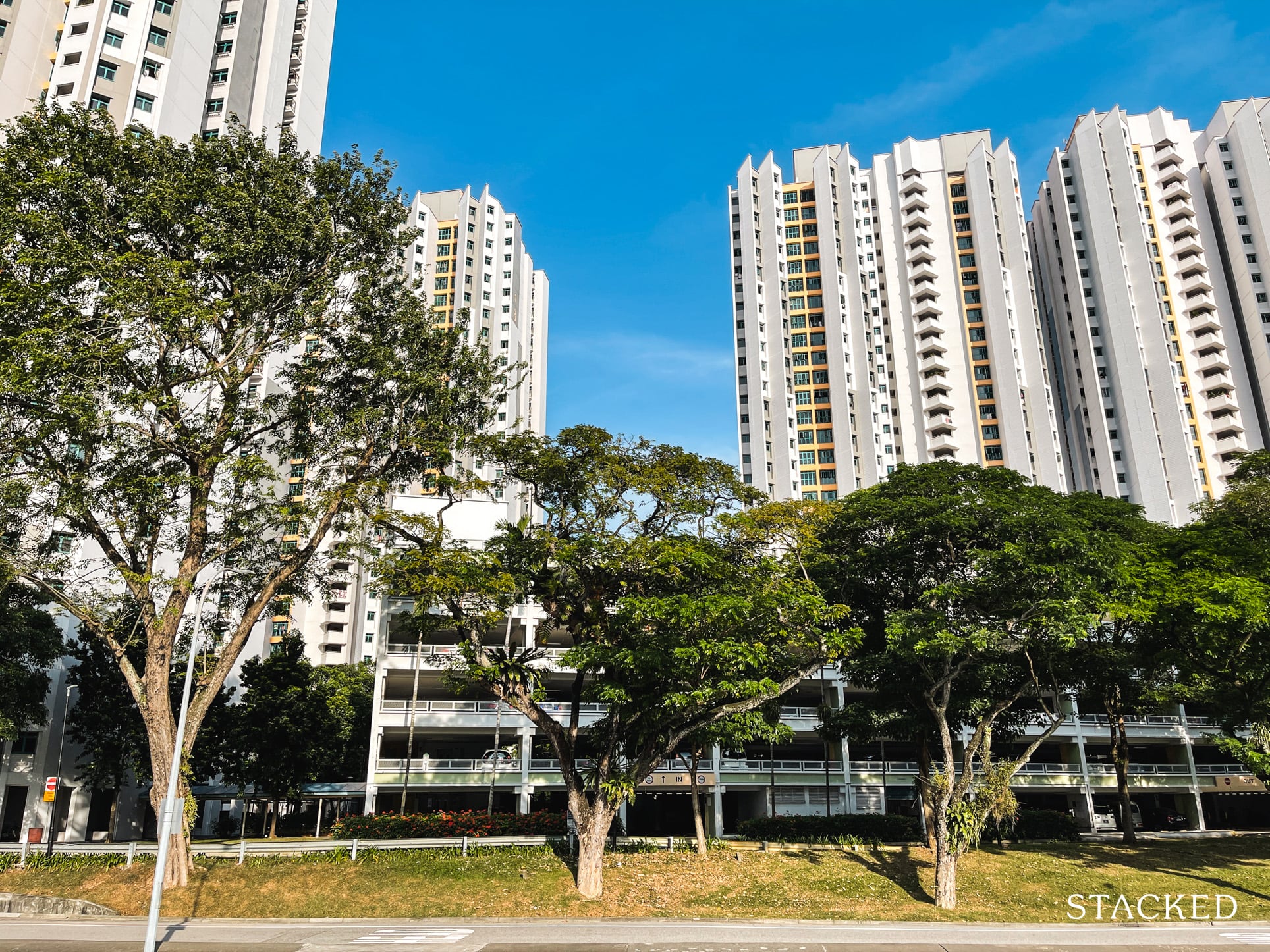 This scheme is for families with young children, who once owned an HDB flat before, but are currently living in a public rental flat. It allows you to buy a 2-room flexi flat with a shorter lease (45 to 65 years), instead of the usual 99-years. Due to the shorter lease, the flat will be a lot cheaper than the typical BTO flat.

However, you can only use this scheme have lived in a public rental flat for at least 12 months, and one of you (you or your spouse) has been employed in the past year.

In addition, you must get the Letter of Social Assessment (LSA) from the Ministry of Social and Family Development (MSF). This is to ensure you’re financially stable, the children are going to school, etc. We’ve been informed this is not a one-off process, and you actually need to get the LSA every year for the next five years.

(We’re not familiar with how MSF does the assessment though, so you’ll have to speak to them directly for this).

It is sometimes cheaper to buy the 2-room flexi flat, than to keep paying for a public rental flat.

The interest rate of an HDB loan is 2.6 per cent per annum.

However, note that a 2-room flat on a short lease will never be an investment. The Minimum Occupancy Period (MOP) is 20 years, not five; and you cannot rent out any rooms, even if you somehow feel you could squeeze in a tenant. Your flat must be a 3-room or bigger unit, to rent out rooms.

Nonetheless, for second-timers, this could present a more realistic shot at home ownership.

2. Maxing out the housing grants

One helpful aspect of the grant is that it can be used for the down payment of your flat. Here’s an example from the HDB website:

This is important because the minimum down payment, using an HDB loan, is usually 10 per cent of the price or value (whichever is higher). As such, getting the maximum EHG means you won’t be short on CPF monies, have to pay out of pocket, etc.

3. It’s not just about your income level, but the source of your income

Certain lines of work provide variable income. Examples are gig economy jobs like food delivery. Variable income is a drawback for home buyers, as lenders typically instate a “haircut” of 30 per cent.

So if you make $1,500 a month in variable income, lenders will consider you to be earning as little as $1,050 per month. If you’re using a bank and not HDB*, this is a major problem.

This could mean the loan amount is too small, even for a 3-room flat. It could also mean having to look into different lines of work, to get a more stable income source (either that or really boost the earnings from your existing labour).

*You can only ever take two HDB loans in your lifetime. If you’ve used both, you’re stuck with using the bank. 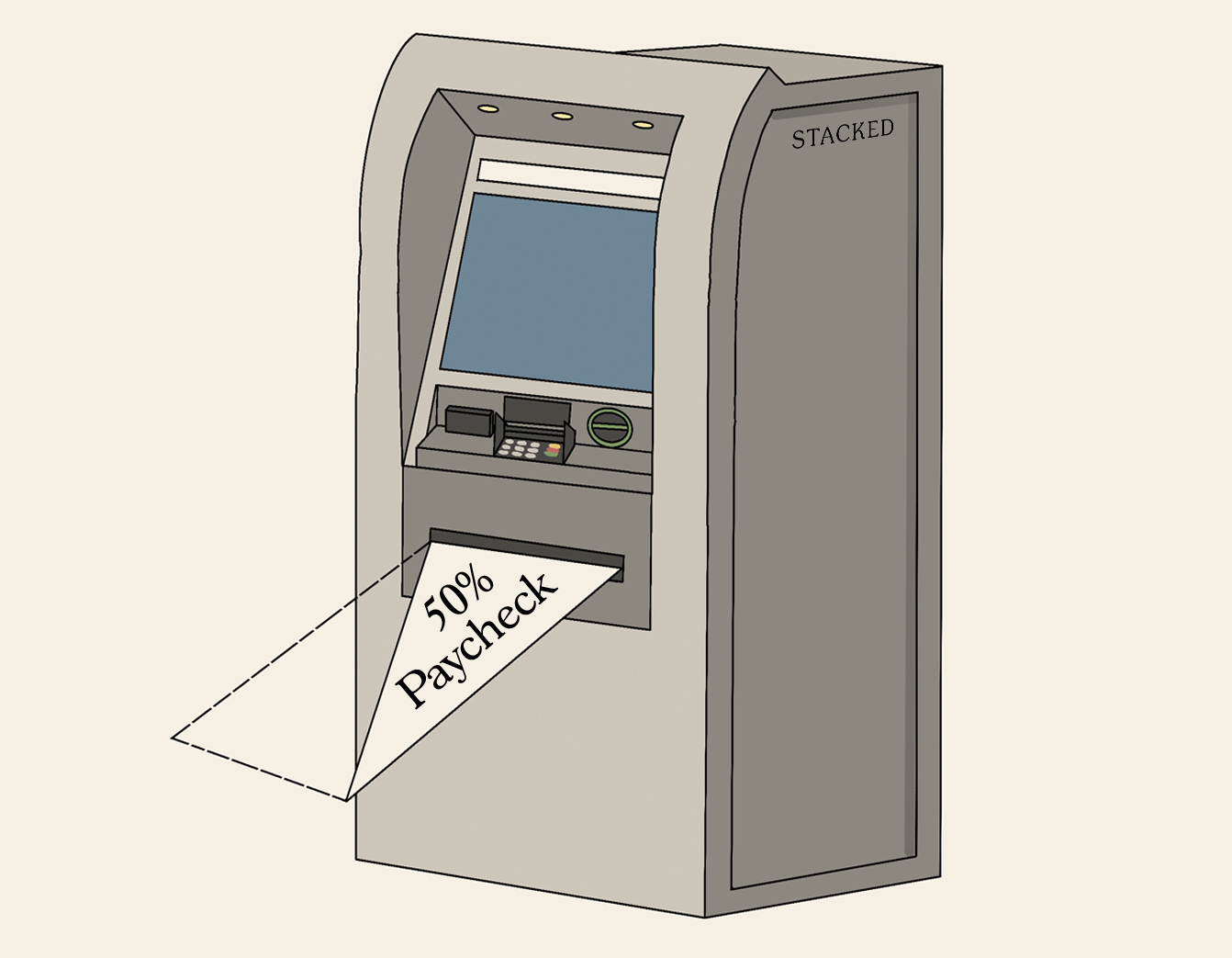 The main problem, in switching to home ownership, is the extent of the commitment. It’s not easy to undo your mistake if a few years later you decide you can’t actually afford your flat.

For example, say you bought a 3-room flat, and a year later you realise you can’t afford it. You would still be within the five-year MOP, so you can’t sell it on the open market.

What happens then would be up to HDB. But even in a best-case scenario, where you’re given special permission to sell, you may not get a good price. You don’t know what the resale market will be like at the time, and you may have to take the first offer that comes along.

For this reason, it’s best to save up at least six months of expenses before buying a home. However, at an income level of $1,500 per month or below, this is much easier said than done.

Whether you go to banks or HDB, creditworthiness is a factor. Those who are in public rental flats due to debt have an uphill struggle – they need to also pay down existing obligations, while waiting for their credit score to recover.

This can mean that – even after the debt is cleared – they won’t be approved for a home loan. For example, in cases of bankruptcies, you would first need to receive a letter of discharge (you will receive this when you’ve paid off most or all of your debts).

ALSO READ: Still waiting for your BTO flat to be ready? Here's how you can rent an interim flat under PPHS

However, many lenders will want you to wait five to seven years after the letter of discharge, before you qualify for a home loan.

(HDB may be more lenient; you’ll have to contact them and explain your situation).

In the meantime, you’ll be getting older – and this reduces your maximum loan tenure once you’re finally ready to get the home loan.

That said, we should be especially wary of single versus dual-income households making the leap

When a household switches from renting to owning, it’s sometimes due to becoming a dual-income family. These situations are more precarious, compared to a sole breadwinner making the leap.

In a dual-income family, there is a risk that one spouse may lose their job, or be medically unable to work. If this happens, can the sole breadwinner still manage the cost of home ownership?

At least in a single-income family, the other spouse could start working, as a desperate measure.

We should also consider the ramifications on children, if both parents decide to work, just to switch from renting to owning a flat.

We don’t know how many families who “move up” from public rental flats did so by going dual-income; there’s no data on this. But we do hope it’s not the only reason many families can afford to step up.