When Singapore's central bank gave the green light to three entities to offer digital payment token services including cryptocurrencies earlier this year, the news was met with much fanfare.

Observers at the time said the move would cement Singapore's status as the leading crypto-financial hub in Asia and likely herald a wave of crypto-related businesses moving to the city state. That prediction came true as some firms, including Huobi, the group behind China's largest crypto exchange, set up shop in the island nation.

Although Singapore is viewed largely as a crypto-welcoming place with regulators open to experimentation, analysts suggested that a major trading platform's decision to wind down its operations in the republic may have shifted sentiments slightly.

Last week, the Singapore unit of Binance said it has withdrawn its application for a licence to offer crypto services and would shut its platform for fiat and crypto trading by mid-February.

Binance's chief executive Zhao Changpeng indicated in a tweet on Dec 13 that the firm's investment into a regulated exchange made its application "somewhat redundant".

But reports later suggested that the world's largest cryptocurrency exchange was not able to meet Singapore's criteria for safeguarding against money laundering and terrorism financing.

The pull-out hinted that the regulatory barriers in Singapore's crypto industry were much greater than what companies had initially imagined, analysts said.

"They thought the regulatory landscape is simple but once they started getting into it, they realised it's very onerous," said Sumit Agarwal, a professor of finance and economics at the National University of Singapore (NUS).

"They thought it was a good idea, but now it doesn't work for them."

With Singapore's stricter criteria, analysts said firms may look to other Asian economies, such as Indonesia, or opt for places with more relaxed rules to the likes of the Middle East.

Antonio Fatas, a professor of economics at Insead, believed Binance's exit could be due to Singapore's strict regulations - noting that the firm allows investors access to "complex assets that are riskier than other platforms".

Singapore, he said, provided clear but stringent requirements on its crypto licence, including factors like track record, sustainability of business model and key personnel.

"I'd imagine the competitive landscape or the value proposition that they originally thought they had were not working out for them," added NUS' Agarwal.

For instance, some firms are able to tap into a customer's phone and view the applications they use, which in turn help them to analyse the risk profiles of their consumers.

"Now they have to explain to regulators why they are using it, what are the requirements around that data, and what is the value they will get by using this data from their customers," Agarwal explained.

"They realised quickly that they can't use some of the data because it's not legal or authorised, so they have to redo their thinking."

The professor also pointed out that there may have been a shake-up in Singapore's cryptocurrency scene.

Initially, the Monetary Authority of Singapore was "very much open" to exploring the space. But now with developments surrounding its own central bank digital currency, the regulator is in "direct conflict and competition" with private crypto firms.

"As a result, the central bank is saying that it needs higher scrutiny of what these firms are doing and issuing, how the portfolio is managed, and who can buy and sell," Agarwal said.

Insead's Fatas also echoed Agarwal's views, saying that regulation so far has been "scattered and possibly not strict enough", prompting Singapore to broaden its scrutiny of the sector.

The sustained volatility of cryptocurrencies also shed light on how it should be used more as an investment vehicle rather than a means of exchange.

This has also shaped how regulators behave, as they are wary that consumers could lose their savings if they invest too heavily in crypto, Agarwal added. "That makes the central bank pause a little bit and ask if they really want these things." 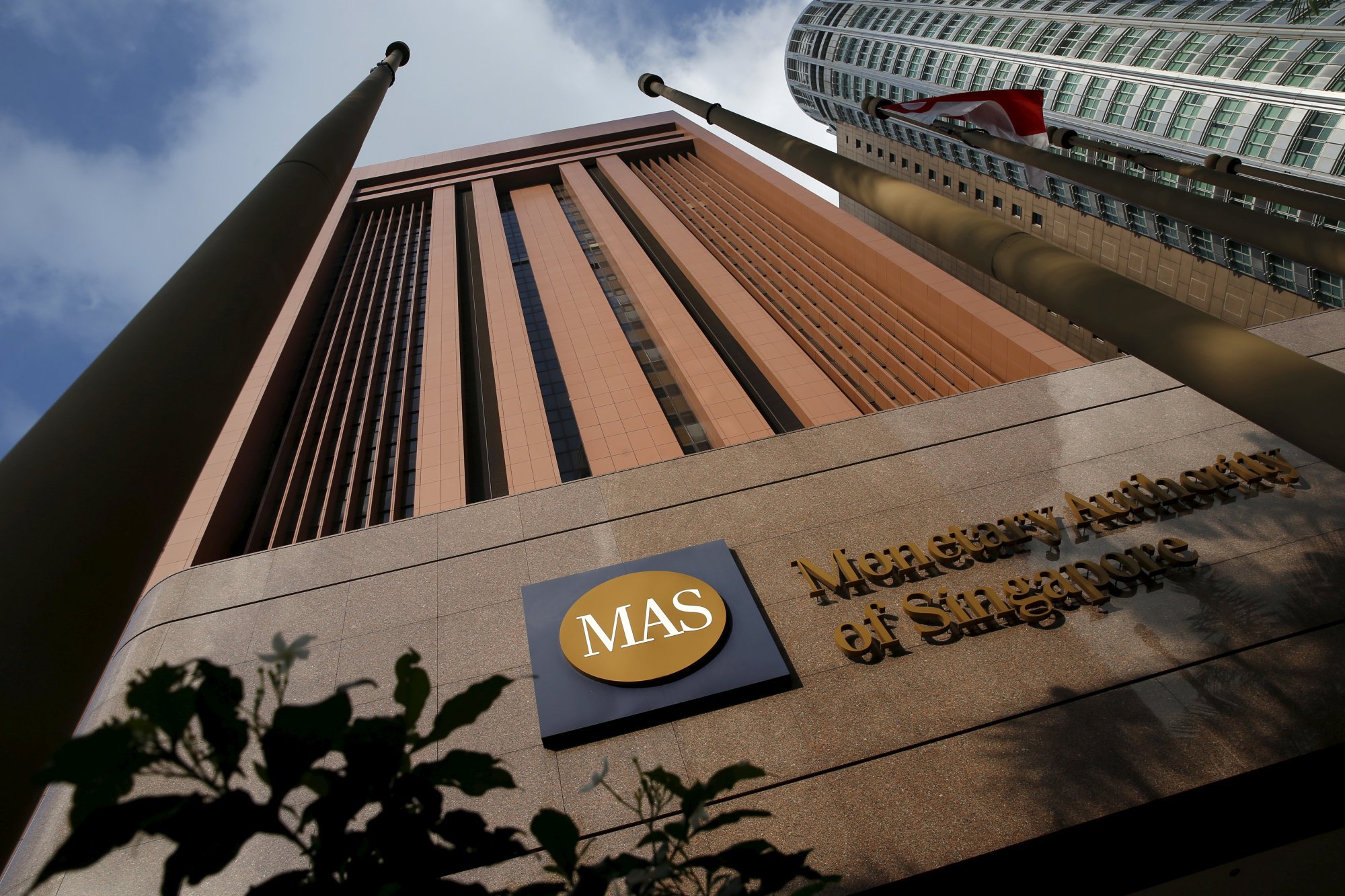 Currently, only three entities - DBS Vickers, fintech firm Fomo Pay and Australian crypto exchange Independent Reserve - have been granted the licence to offer digital payment token services. Some 170 firms applied for a permit last year but according to the Monetary Authority of Singapore website, there are only 70 remaining applicants that are operating with an exemption while their application is being processed.

Chia, from the Blockchain Association Singapore, said that Binance's retreat might dent the perception that the city state is crypto-friendly.

But he stressed that Singapore - which offers one of the best regulatory clarity for crypto activities and benefits like low taxes and access to talent - still had its appeal.

He added that not all crypto activities, including non-fungible tokens, blockchain gaming and the metaverse, are regulated.

Fatas said Singapore was not being hostile toward the crypto ecosystem but there were limits as to how much exposure to risk and fraud it would tolerate.

Regulatory setbacks notwithstanding, Binance is trying to foray into the Indonesian market which has seen a rise in the number of crypto traders.

The Cayman Islands-based firm had in last May acquired a controlling stake in local crypto exchange company Tokocrypto for an undisclosed sum but Binance's own platform was forced to stop activities in October that same year due to a lack of operation permits.

The government has laid out a raft of rules for blockchain businesses to operate in Indonesia as a limited liability company, including registering their legal domicile in the country and possessing tax registration number. Foreign-owned firms should own a minimum capital of 10 billion rupiah (S$955,000).

Responding to Binance's plans, Tongam Tobing, head of the Investment Alert Task Force at the country's Financial Services Authority (OJK), said that the authority will "support all business activities that legally contribute to boost Indonesia's economy."

According to data from OJK, there are currently 13 registered crypto exchange platforms in Indonesia.

Media Wahyudi Askar, researcher at the Centre of Innovation and Digital Economy, a Jakarta-based think tank, said that Indonesia is a "significant" market for Binance, as it has seen a big jump in crypto trading in the past few years.

"Indonesia is part of Binance's long-term growth plan, as crypto traders' growth has been exponential in the last few years," Askar said.

"More than half of the population remains unbanked, which fits well with cryptocurrency [companies] as they are trying to remove the barriers [for more people to access] traditional banking or conventional financial services."

Data from the Commodity Futures Trading Supervisory Body showed there were some 7.4 million crypto traders in Indonesia from January to July 2021 - a twofold increase from the same period last year. Cryptocurrency trading transactions worth 650 trillion rupiah (USD 45.3 billion) took place till September.

Despite the potential, Askar said Indonesian banks and financial institutions are likely to adopt a wait-and-see stance before entering the world of cryptocurrency.

"There are many hypotheses where crypto would significantly impact the economy and banking sector stability," he said. 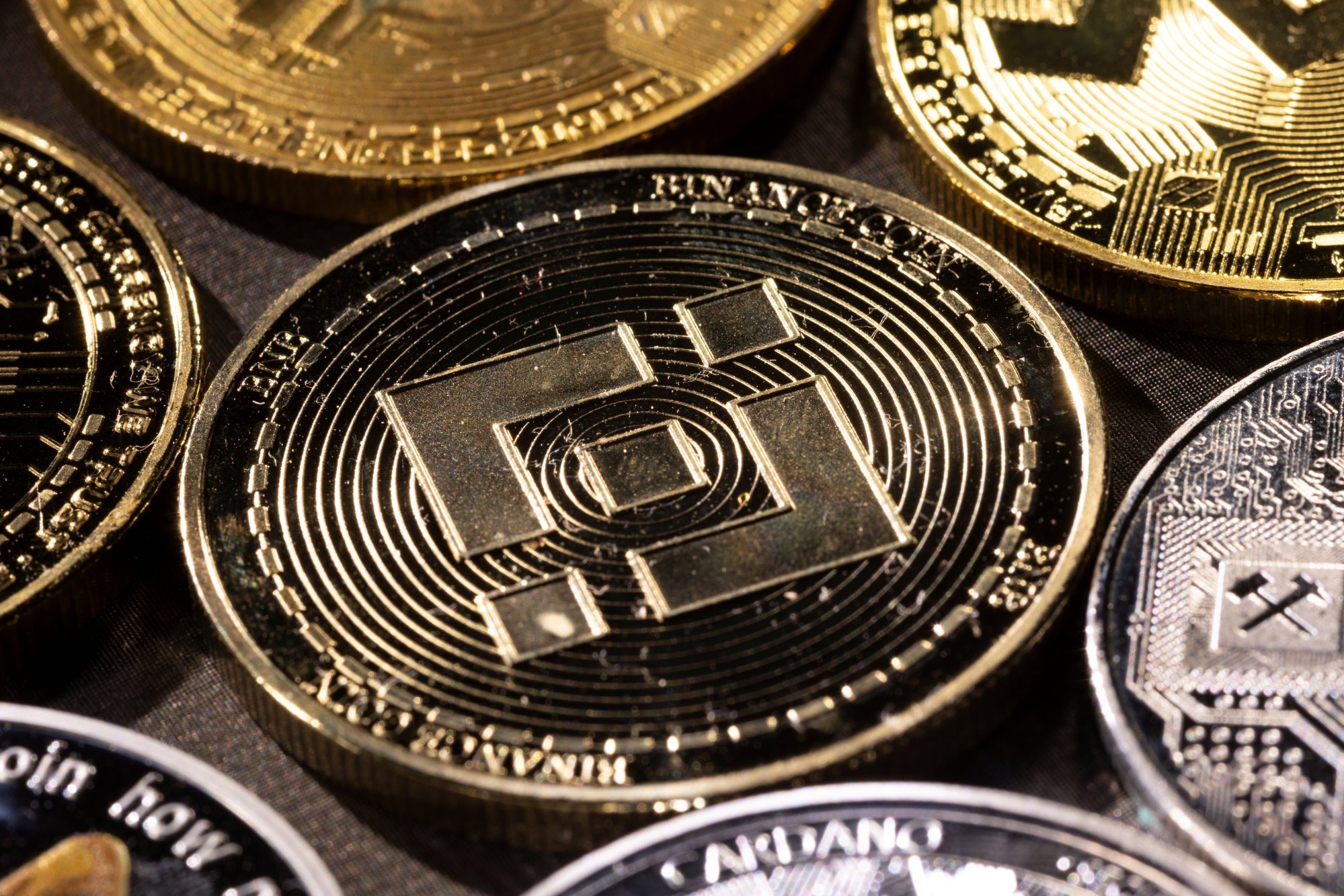 Earlier, Binance boss Zhao said his Indonesian tie-up could transform the country into "one of the leading centres of the blockchain and crypto ecosystem in Southeast Asia."

But for the sector to grow, Askar said the government needed to look at other countries' flexibility in balancing blockchain-based innovations with existing regulations.

Unequal internet access could also impede the widespread adoption of cryptocurrencies in Indonesia, where only around 73 per cent of the population is currently online.

Askar also played down the impact of a declaration from Indonesia's top Islamic scholars body that investing in cryptocurrency is forbidden.

"But policymakers would consider the public debate about cryptocurrencies, as many people are now asking about the safety of [crypto investments]."

While Asia grapples with finding balance between regulatory reforms and investment, the attention is turning to the Middle East.

Binance's Zhao said last month he had bought his first home in Dubai, a city he described as "very pro-crypto".

He added that crypto players moving to Singapore and passing the regulatory tests would be deemed "more legit" than those who opt for the Middle East.

Chia from the Blockchain Association Singapore suggested that the two jurisdictions present unique value propositions and could complement each other rather than engaging in competition.

Still, Agarwal stressed that the crypto space and its rules remain fluid, as policymakers continue to assess the fast-growing market.

"Governments are still evaluating if this is the marketplace they want to be in and because of that, the regulatory environment in many countries will still change," he said.