We previously looked at how various buyers and sellers are affected by cooling measures; but what about property types? Will landed homes, for instance, be affected more than condos?

And is there a wider impact on resale than new launches? Not all property types are affected in a uniform manner – and here’s a rundown on the potential effects:

In case you haven’t heard, the last round of cooling measures is detailed in this article. In quick summary, the key changes are a reduction in Loan To Value (LTV) ratio for HDB loans, a decrease in Total Debt Servicing Ratio (TDSR), and an increase in Additional Buyers Stamp Duty (ABSD).

There isn’t anything new in the latest round of cooling measures; it’s just a tightening of existing measures. It will be a while more before we grasp the full range of effects, but they’re not likely to be uniform. The changes will likely have a deeper impact on properties such as: 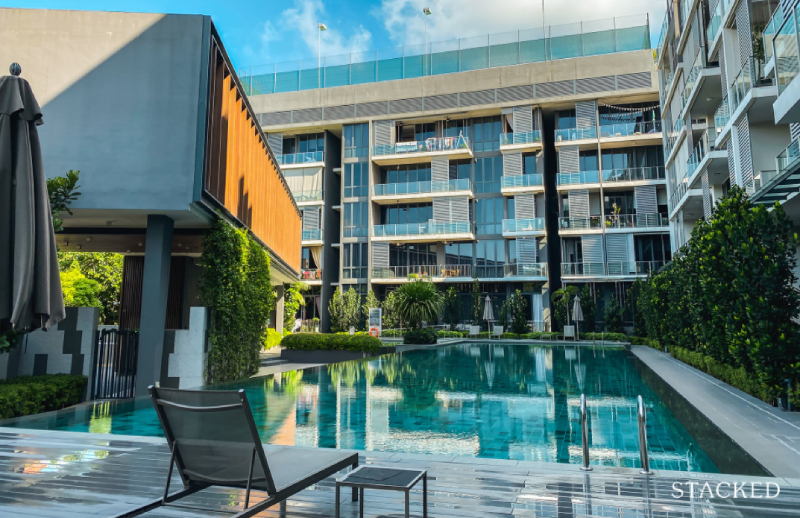 One key issue to note is that the ABSD, like all stamp duties, applies to the higher of the price or valuation.

So for properties where there's a large disparity between asking price and valuation, buyers should stay cognisant of the full price difference. When you buy a $1.3 million condo for $1.4 million, you're not just paying $100,000 more; you're paying $117,000 more, after factoring in the difference in ABSD charges.

While new launch properties are still subject to ABSD, they don't have any discrepancy between price and valuation; both price and value are considered the same, for properties bought directly from developers.

Besides this, new launch properties have one other advantage:

When you buy a new launch property, you can deduct the ABSD directly from your CPF. With resale condos, you need to pay the ABSD first, and then apply for a one-time reimbursement from your CPF.

Given that ABSD rates are higher, some buyers may struggle with cash flow issues.

Due to the higher ABSD, investors seeking rental income are likely to move away from high quantum units. At the time of writing, there are still new launches in the Outside of Central Region (OCR) where 500 sq ft. shoebox units fall under $1 million.

It's also worth noting that the rental market for condos is at a six-year high . With foreigners now facing 30 per cent ABSD on residential property purchases, more are likely to defer to renting for the time being.

Besides foreign tenants, we also have more locals - including young couples - who are renting while they wait for their new homes.

(Covid-19 has caused delays both in construction, as well as renovation).

Even locals can be incentivised to rent, due to rising home prices and cooling measures; these may require buyers to save up for longer or to take a wait-and-see approach even when they have the capital. 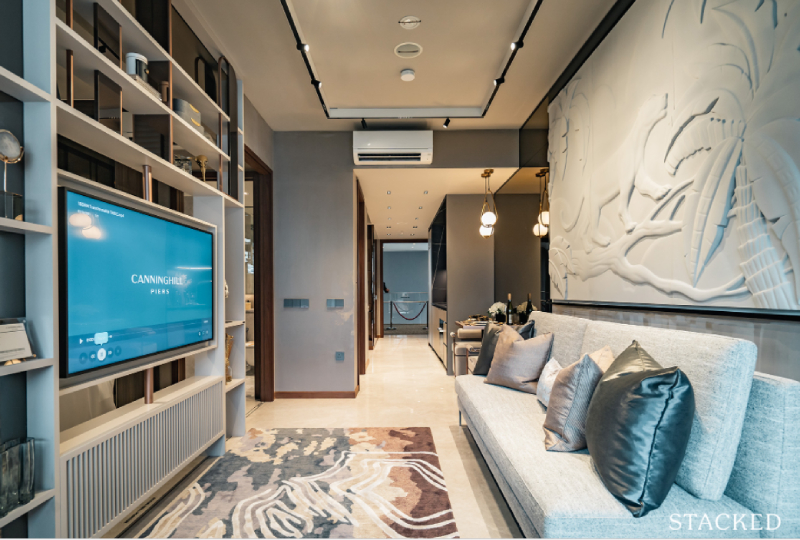 As such, aspiring landlords may want to keep an eye on smaller 500 to 700 sq. ft. units, ranging from shoebox units to two-bedders. These represent a smaller risk than the usual three or four-bedders, which are likely to reach the $2 million mark after including ABSD (even in non-central regions).

Homebuyers, however, are unlikely to see the same appeal. Most buyers in the current market are HDB upgraders. For these families, one or two-bedder units are too small for long term owner-occupancy.

While it's probably not intentional, the new cooling measures are a boon to older, smaller developments, such as those with 300 units or fewer. 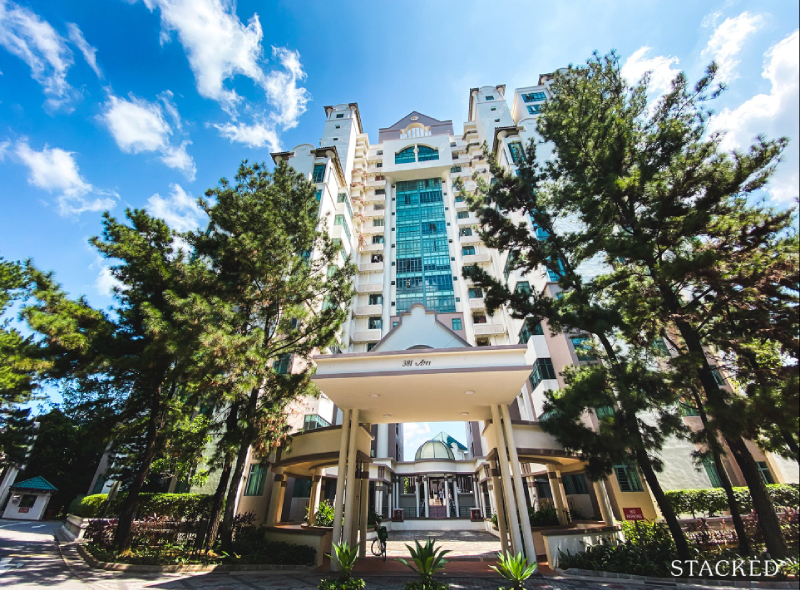 The highest ABSD rate currently applies to developers who are taxed 35 per cent of the land price unless they complete and sell all units within five years (even then, five per cent is not remissible).

While the government did promise to ramp up land sales sites after the cooling measures, many developers are still struggling with depleted land banks. There is a five-year cycle at work (for reasons explained above), and all the properties from the last bout of en-bloc sales in 2017 have been completed or sold.

Given the much higher stamp duties and ongoing Covid-19 issues, more developers will be hesitant to take on large projects. They're more likely to set their eyes on smaller land plots, which they can finish and sell fast even with potential delays; and for which the consequences will be less severe, should they miss the ABSD deadline.

This improves the en-bloc prospects for smaller and older projects, and we expect more owners to be approached with offers this year. Conversely, larger projects may receive less generous offers, or find en-bloc attempts flounder, given the immense pressure on developers.

We could also see more joint ventures for the bigger plots as developers look to mitigate their risk, but sometimes that could result in a situation of too many cooks spoiling the broth. 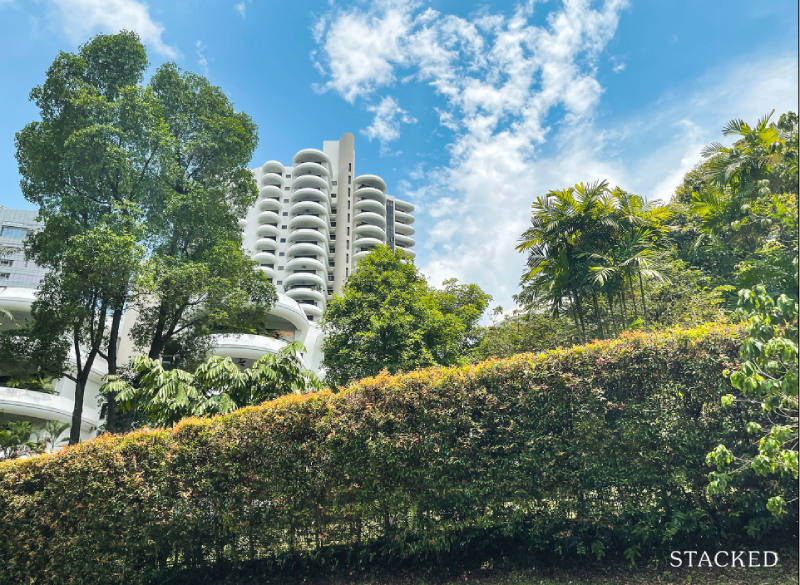 The most obvious reason for this will be the 30 per cent ABSD, on foreign buyers. Dissuading foreign property buyers affects prime regions the most, as this is the preferred area for most of them.

Aside from this, a greater portion of Core Central Region (CCR) properties are typically purchased by investors, rather than pure homeowners. With the ABSD now increased, investors are likely to switch to lower quantum units like OCR properties (see point 1), to preserve their yield.

The difference in rentability, between central and fringe regions, has also been diminished of late. Work From Home may be the new norm, even after Covid-19. This mitigates the need for working near the CBD, making tenants willing to rent even in the outskirts.

Overall, changes to the cooling measures have worked out in favour of non-central properties, while prime or luxury properties are likely to bear the brunt of "wait and see" attitudes. 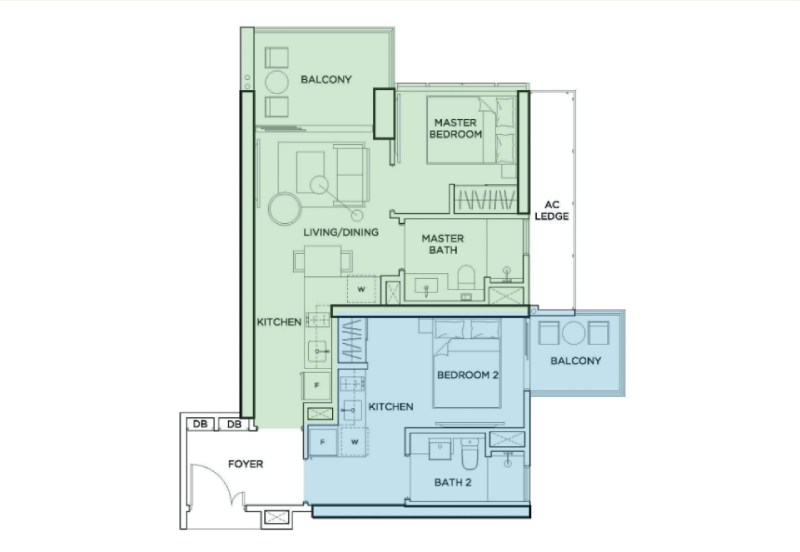 One of the main draws of dual-key units is avoiding ABSD. As it's technically a single unit that's subdivided into two, Singapore Citizens don't pay ABSD for these. At the same time, however, they can still rent out the other sub-unit, or stay with parents in the sub-unit, with no loss of privacy.

Dual-key units dipped a bit in popularity over recent years, as they offer a bit less living space (per sub-unit), and tend to be priced higher per sq ft. However, the hike in ABSD rates - particularly if it's to be the third property - more than makeup for these differences.

As such, we wouldn't be surprised to see owner-investors or landlords reconsidering their perspective on these layouts.

The article was first published on Stackedhomes.