With Prime Minister Ismail Sabri Yaakob not commenting publicly on the saga as it continues to escalate, political observers have suggested public and investor confidence in his already beleaguered administration will probably take a hit.

But faced with anger from the public and government critics over its failure to offer further details about the investigation, the Securities Commission on Wednesday issued a fresh statement saying it had in fact arrived at the decision that there was "no breach" of the law.

It said Azam was in fact the "named account holder and had control of the said trading account". The top graft-buster also operated the account "in that he had given instructions to buy, sell and transfer securities from the said account", the Securities Commission said.

That pronouncement stood in contrast to Azam's claims that it was his brother, and not him, who had been responsible for the share purchases at the centre of the controversy.

The regulator had initiated the investigation after Azam, head of the Malaysian Anti-Corruption Commission (MACC), revealed that the shares that he had purportedly bought between 2015 and 2016 were actually purchased by his brother with his trading account.

Azam had offered that explanation on Jan 5 amid an outcry following whistle-blower reports that showed he owned shares and warrants of publicly listed companies valued at close to one million ringgit ($322,000). Rules prohibit civil servants from owning more than 100,000 ringgit in any company.

The saga has dominated national headlines, with critics of Ismail Sabri's government angered by what they see as the 62-year-old leader's lackadaisical attitude towards the allegations.

Opposition figures charge that aspects of the official response to the saga have parallels with the way the bureaucracy and political leadership initially reacted with nonchalance in 2015 and 2016 when details emerged about the now-infamous multibillion-dollar plunder of the 1MDB state fund.

Key officials at the time absolved then prime minister Najib Razak of wrongdoing and offered little transparency of how they came to such a conclusion.

Najib, defeated in 2018's elections, is facing multiple criminal trials over the scandal and has been convicted to 12 years in prison in one of these cases.

On social media, Azam's opponents painted the Securities Commission's latest statement as a smoking gun implicating him in breaching the civil service code of conduct and lying during his Jan 5 press conference. Azam has insisted that the saga has been concocted as a means of "political revenge" against him, and has filed a defamation suit against the whistle-blower who initially revealed his shareholdings in the two companies — Gets Global and Excel Force MSC.

Opposition lawmaker Kelvin Yii said the latest Securities Commission statement suggested Azam had "clearly lied to the public" about his brother's involvement in the share purchase.

"He himself had full control of the account thus made the purchase himself," Yii wrote on Twitter. "If the main graft-buster is willing to lie to the public, he needs to be removed immediately," Yii wrote. 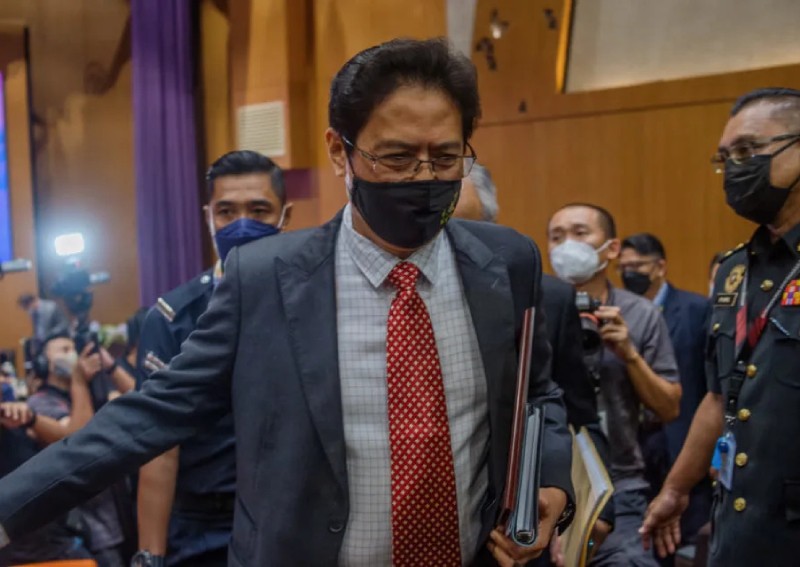 "Prioritising protecting those in power rather than protecting rule of law erodes confidence, provokes anger and undermines needed investment," said Welsh, adding that the decision — in the aftermath of the 1MDB scandal — reinforced the view that there was lack of integrity in the country's leadership.

Civil society groups and the youth wings of the country's main opposition groups have said they will stage a protest on Saturday to call for Azam's arrest.