When fresh isn't best: Why dry-aged fish is making a splash in Singapore's top restaurants When it comes to fish, we tend to think of fresh as best. In a growing handful of Singapore’s most illustrious restaurants, though, it isn’t the catch of the day you should go for – it’s the catch that was left hanging in the fridge for a week. Meet dry-aged fish, an age-old culinary technique that’s making waves in fine-dining once more.

“In my opinion, a fish that’s dry-aged actually tastes better than fresh fish,” says Chef Michael Wilson. At his newly relaunched concepts Hortus and Marguerite at Gardens by the Bay, a dry-ageing cabinet houses gems like Ōra King Salmon, which gets aged for two weeks before being poached in olive oil and crowned with finger lime fried kelp.

Over at three-Michelin-starred Zén, dry-aged turbot appears on the menu in various exquisite iterations, including being grilled over binchotan and seasoned with brown butter. So why are chefs so hooked on this technique?

Getting better with age

Like the more familiar dry-aged beef, fish that is dry-aged develops richer and deeper flavours. “The process helps break down connective tissues and fibres into amino acids like glutamate, which is what gives an ingredient savoury or umami flavours,” explains Chef Isaac Tan, Head of Culinary & Product Innovations at Commonwealth Concepts. At the same time, this process tenderizes the fish, making its texture denser – due to water loss – yet creamier to the bite.

Prior to the ageing process, Chef Isaac shares, “the fish has to be thoroughly cleaned in cold salted water to remove any blood traces and slime.” This removes the strong ‘fishy’ odours that make us turn up our noses at raw fish, and often achieves a cleaner taste as well. “When cooking,” he adds, “the fish is also cleaner as it doesn’t produce blood protein.”

That time improves fish is nothing new, at least to the Japanese. In Edomae sushi, an ancient method called kombujime involves ageing fish by pressing it between two sheets of kombu, drying it while delicately flavouring it with kelp. In our modern times, dry-ageing typically takes place in a fridge with controlled temperature and humidity levels to remove moisture.

ALSO READ: Heat it up: Where to go for Chongqing grilled fish

If you’re dining at Commonwealth Concepts’ Bedrock Origin , the dry-ageing fridge is certainly a sight to see. This recently launched sister to Bedrock Bar & Grill runs an impressive meat dry-ageing program, and the fruits are visible in a gleaming alcove just beside the entrance: Rows of colossal hunks of beef and whole fish. 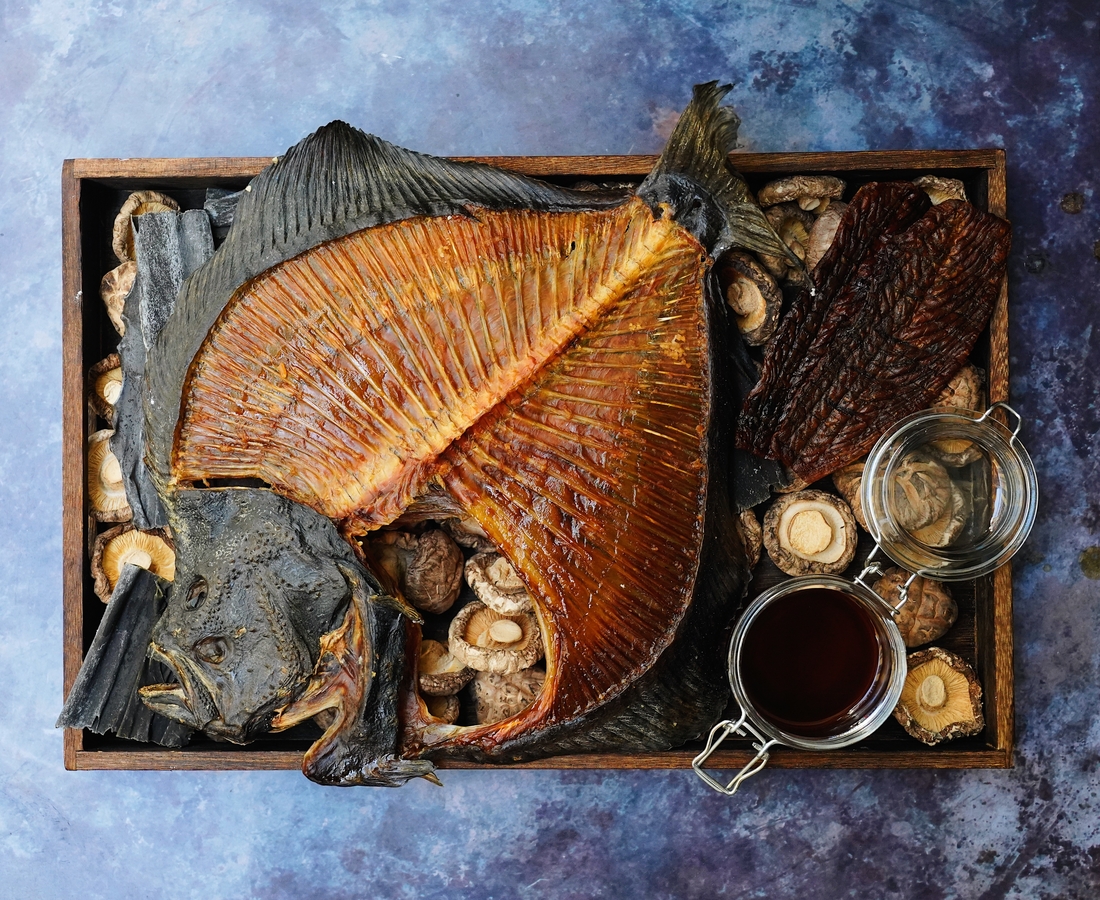 Certain kinds of fish age more gracefully than others. Those that start life with delicate flavours and more connective tissues to chew on – such as Bedrock Origin’s snapper and barramundi – mature best.

Another popular choice is turbot, already a highly prized catch in the fine-dining world. Aged turbot takes pride of place in Salted and Hung’s latest tasting menus, dubbed The Journey of Sustainability (from $138++).

And it makes quite the journey indeed from dry-age fridge to dish indeed – the turbot fillet is aged for five days, then rolled and slow-cooked. Its liver is made into a sauce with vin jaune, while its bones are dried for 14 days to make dashi broth. It’s a triumph of zero-waste dining, and a gloriously umami one at that. 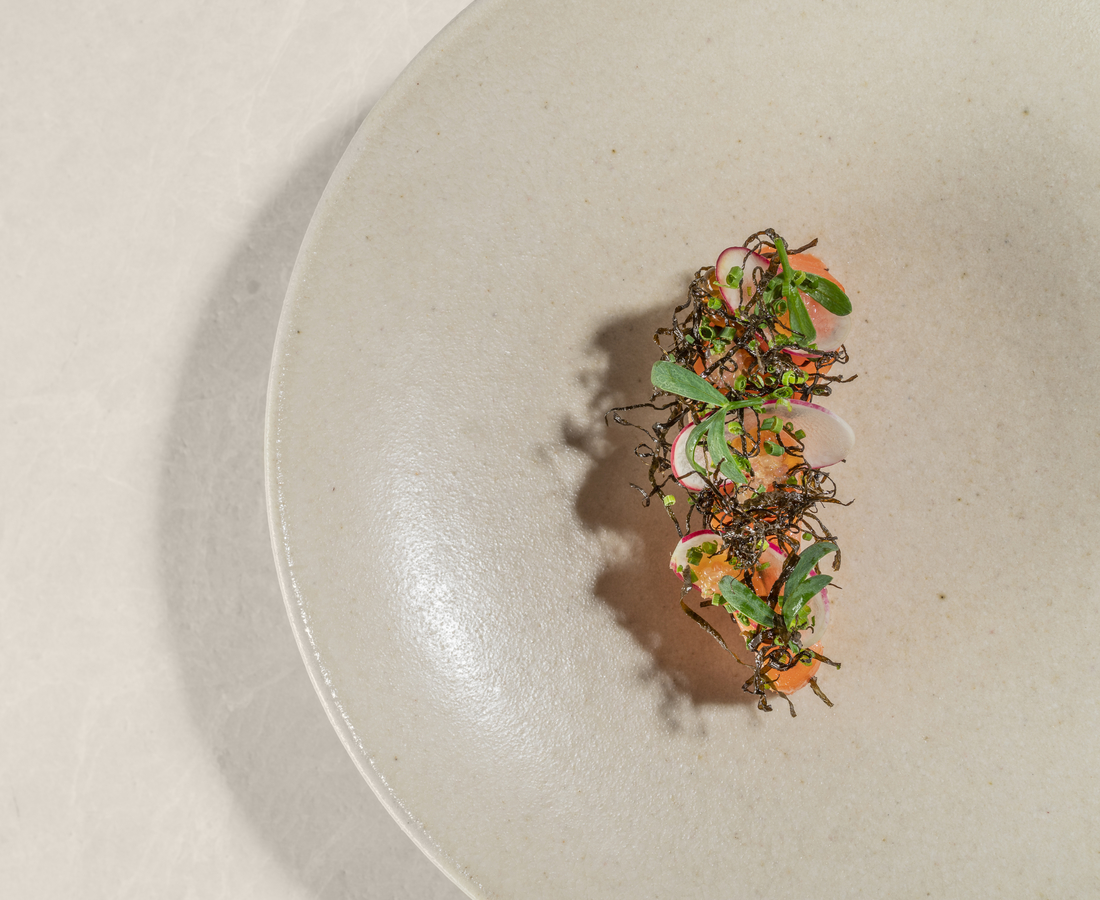 Whereas beef is often dry-aged for a month or more, the upper limit for dry-aged fish tends to be around two weeks. You’ll find Chef Michael Wilson pushing the boundaries with two-week-aged Ōra King Salmon at Marguerite, a luscious yet clean-tasting course in his Chef’s Menu ($228++).

Into his dry-ageing cabinet also goes otoro, first cured in fennel pollen for two days and dried for a further four days wrapped in cloth. After a sprinkling of espelette pepper and Amalfi lemon juice, the tuna is then frozen and sliced to form rich tuna lardo.

For Chef Michael, another advantage of dry-ageing fish comes with grilling. His menu at Hortus , the laidback sister concept of Marguerite in the Flower Dome, features whole Mediterranean seabass popped into the dry-ageing cabinet for just a few days. This drying stint gets rid of the seabass’ outer layer of moisture, allowing for a thorough cook on the wood grill without it sticking.

While many steakhouses in Singapore now run their own dry-aged beef programs, dry-aged fish remains a relative rarity – for now. Is time-seasoned fish set to reel in more attention from restaurants and diners? Only time will tell.

Chef Michael points out that dry-ageing has its practical merits for chefs: “Dry aging increases shelf life since kitchens can store fresh fish at optimum conditions for a few weeks, instead of freezing fish or being forced to use the fish before it spoils.” But, he notes, “the outlay and investment required for dry-aging cabinets is really high. For restaurants who don’t already have an ager, it’d be challenging and costly to employ.”

On the other hand, Chef Isaac of Commonwealth Concepts foresees aged fish hooking in more diners in Singapore. “Consumers are always looking to explore and try this new ‘old food’ that’s hard to replicate at home,” he says. “Dry aged fish will have a fair share of interest and space on the menu as dry-aged beef.”

Food and Drinkscuisinerestaurant
Share this article
This website is best viewed using the latest versions of web browsers.