For Matt Olver, that's the greatest perk of his job. Olver, 43, has been a suit performer for the most part of the last 10 years. More specifically, he leads the small dinosaur ensemble in Walking With Dinosaurs - The Live Experience.

Based on BBC's mini-series by the same title, the show features 18 life-sized dinosaurs that are currently taking centre-stage at the Singapore Indoor Stadium. 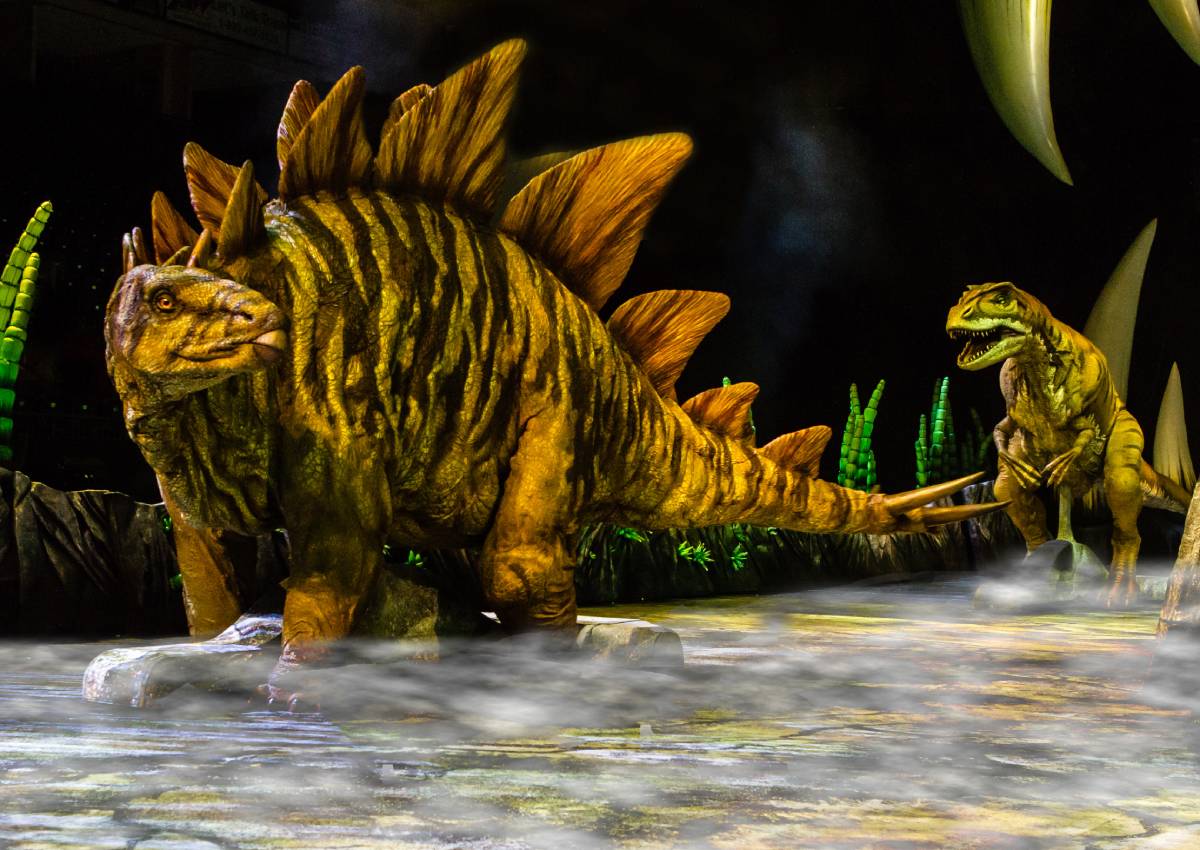 Follow as fictional palaeontologist Huxley brings you on a journey through 200 million years of dino-history, all the whilst providing commentary that would make David Attenborough proud.

As the dinosaurs lumber about and loom closer to the audience, it almost feels as though you could reach out and touch them. For safety's sake, we don't advise it — dinosaurs are hungry creatures after all.

All things considered, we'd say this is probably the closest you'd get to getting up close to the real thing.

The dinosaurs, each worth around $1 million, are incredible pieces of engineering. Far from the regular run-of-the-mill inflatable T-Rex costumes that you can find online, the suits meld hydraulics and animatronics together, fusing engineering with puppeteering.

The bigger dinosaurs each require at least three people to pilot it. They are, after all, monumentally huge. The Tyrannosaurus Rex stands at a whopping seven metres tall, dwarfed only by a pair of Brachiosaurus that tower at nine and 11 metres each. 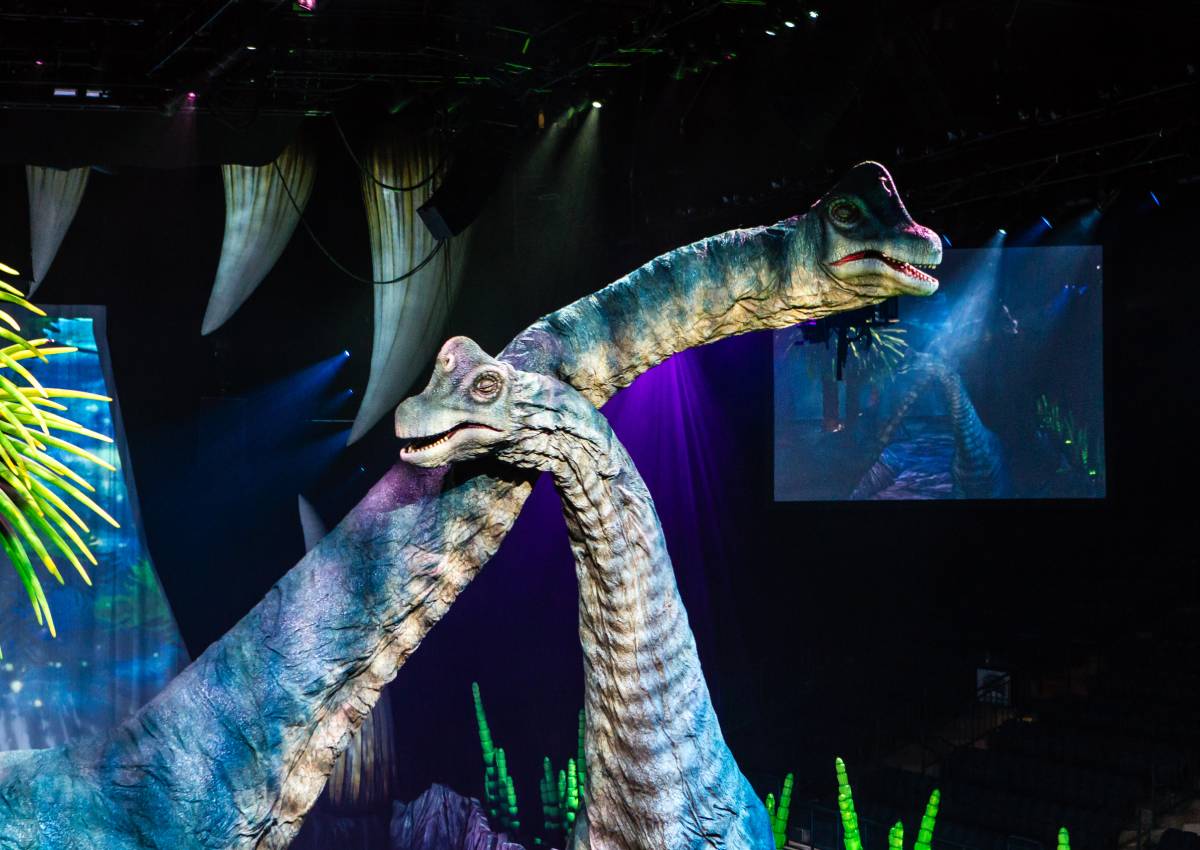 A driver sits in the cab of the bigger dinosaurs to steer the beast, while a pair known as the voodoo puppeteers control the dinosaur from the voodoo lounge - a control room of sorts.

One puppeteer controls the lead rig to manipulate the main body, head and tail, while the other handles the auxiliary rig to control the mouth, eyes and sound. How's that for teamwork?

The smaller dinosaurs, on the other hand, are a whole other ball game. 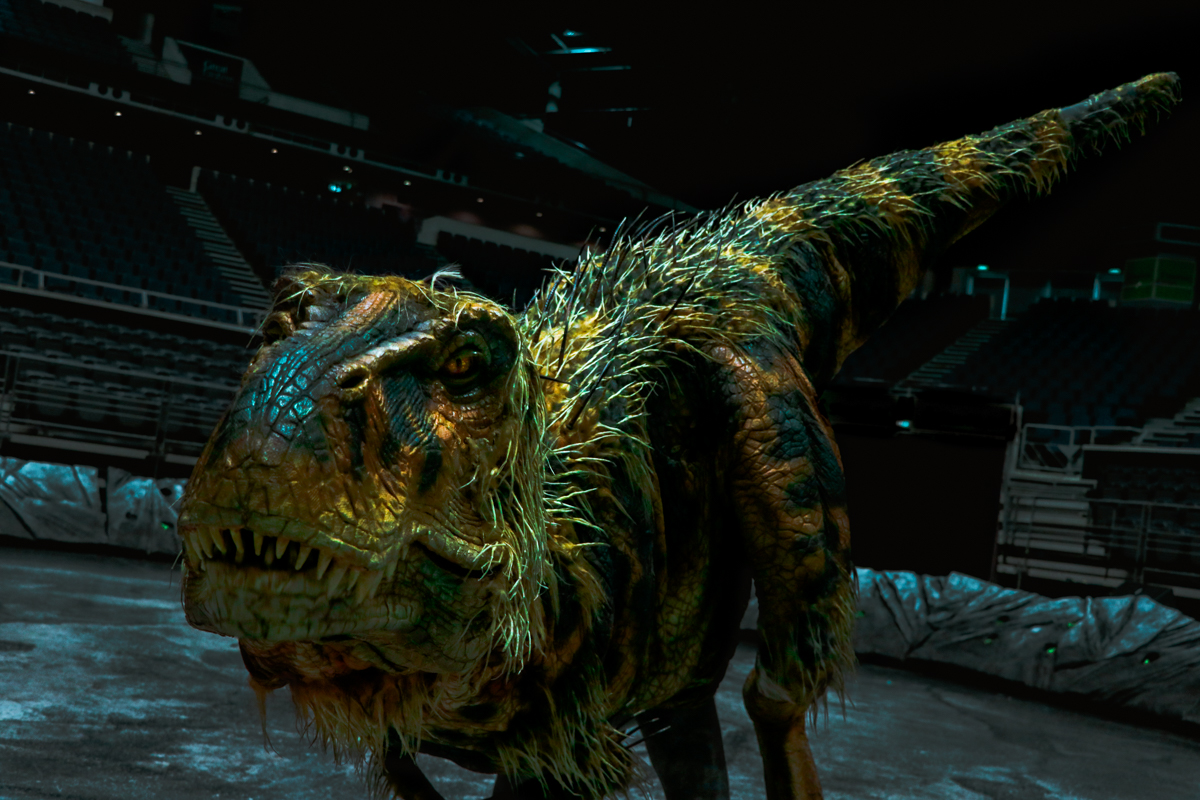 Piloting the suit is no mean feat.

The baby T-Rex costume alone weighs approximately 39kg (about the weight of a 12-year-old) and the actors control the puppeteering, sounds and expressions of the dinosaur from within the suit, all whilst running around the arena.

With the amount of physical strength required to manipulate the suit, it's plain to see why each actor can only remain in costume for roughly three to 15 minutes.

Even as we circle around the baby T-Rex the team kindly brought out for our interview, the suit performer's heavy breathing was clearly audible from outside the suit. 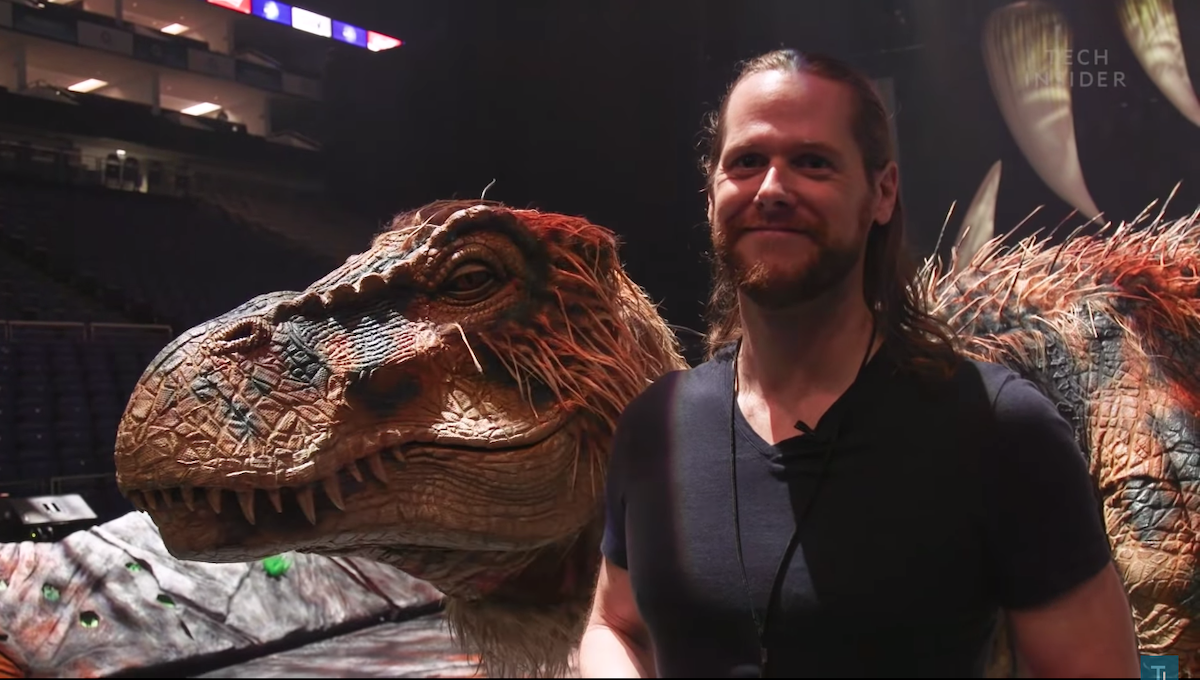 As a suit performer (and suit captain) of the small dinosaur ensemble, Olver's usual weekly routine consists of working out, group training sessions with the other suit performers, and working out some more.

In fact, the Vancouver native shared with us that for his audition, he was made to do one-legged squats and burpees. Fun.

From cardio to core exercises, the team do what they can to remain in peak physical condition in order to manipulate and puppeteer the suits to the level they expect.

"We don't master the suit." Olver shares, because the team constantly have to keep up with the latest palaeontological findings to make sure the dinosaurs' appearance and behaviour are as accurate as possible.

Olver explains that there's always something new to learn in order to give the audience something extra each time they perform.

Their efforts definitely show. Having had the opportunity to step into the arena ourselves, we got to watch the baby T-Rex skulk about the area. It truly felt as though the scientists in Jurassic Park had succeeded in bringing dinosaurs back to life, and there wasn't a Dr Ian Malcolm to advise otherwise.

Our face-to-face meeting with the rumbustious puppy-like carnivore might have come to a rather hard-hitting end with a headbutt, but that's a memory we'd gladly relive again.

Want to watch Walking With Dinosaurs? Tickets are available at Singapore Sports Hub's website, with special discounts available for closing week. This is your last weekend to catch these prehistoric legends so don't miss out!