One of the best ways to get drivers to conserve fuel is to get them to switch to a petrol-electric hybrid, which can be twice as efficient as an equivalent petrol-driven car.

However, switching to a hybrid should also be coupled with adopting a more efficient driving style. Getting a hybrid but constantly driving it hard defeats the purpose of owning one.

But it’s hard to resist doing this when the hybrid in question willingly submits to such demands. That is what I found in the pre-facelift Hyundai Kona Hybrid.

The car was inexplicably shod with high-performance tyres, which undoubtedly improved its cornering ability and stopping power. So, during my stint with the car, I only averaged about 16.5km/L.

I was determined to do better with the updated Kona Hybrid. 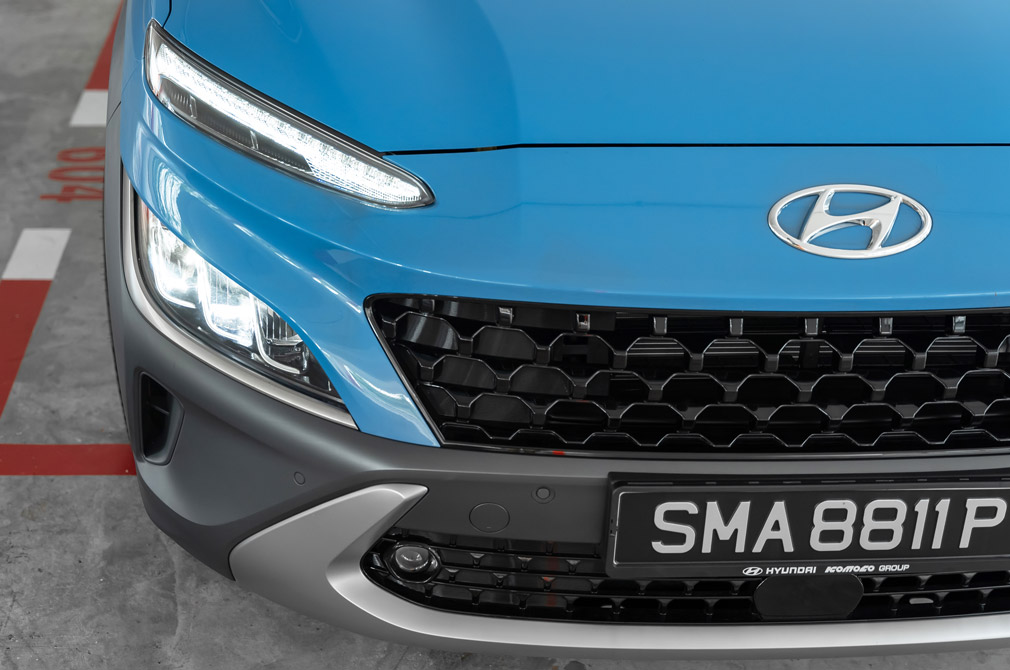 Most updates usually feature minor styling changes, but the latest Kona Hybrid could be mistaken for an all-new model.

The crossover now looks more refined than before. It has a new bonnet that now stretches over the bumper (which is also new), a wider grille and revised headlights.

The Kona Hybrid’s rear end, on the other hand, more closely resembles the previous model. There is a new bumper and tail-light cluster with stretched graphics. Five new paintwork options are now also available.

The sleeker exterior is matched by a more modern interior. Gone are the analogue gauges – in their place is a digital instrument panel identical to the one in the Avante.

Much as I like digital clusters, I also want them to have “analogue” metres, which are replicated here. They have selectable colour themes as well. 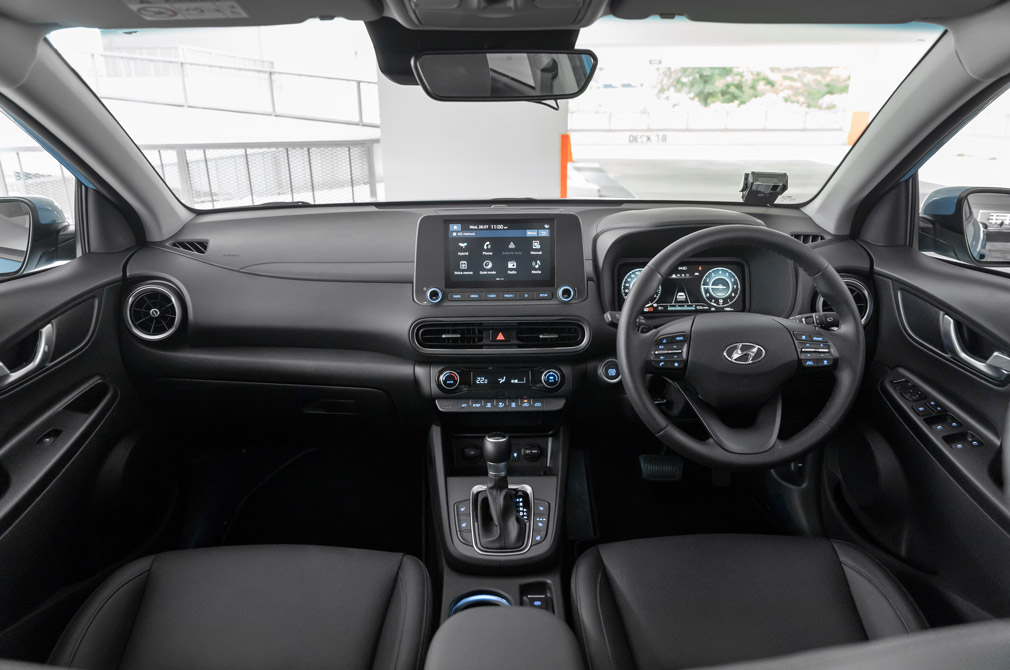 The infotainment display is also slightly bigger, but the menu loading times do not seem to have gotten quicker. At any rate, pairing my phone so that I can use Apple CarPlay remains a cinch.

If there was one improvement worth having, it would be the option for a better audio system. But I’m no audiophile, so this is okay.

At any rate, the improvements made to SmartSense (Hyundai’s suite of safety and convenience features) are more crucial. Some of the features now available in the Kona Hybrid include Rear Cross-Traffic Collision-Avoidance Assist, Rear Seat Alert and Safe Exit Warning.

The car’s Forward Collision-Avoidance Assist can now also help detect pedestrians and cyclists. This could come in handy, especially given the growing number of cyclists on the road. 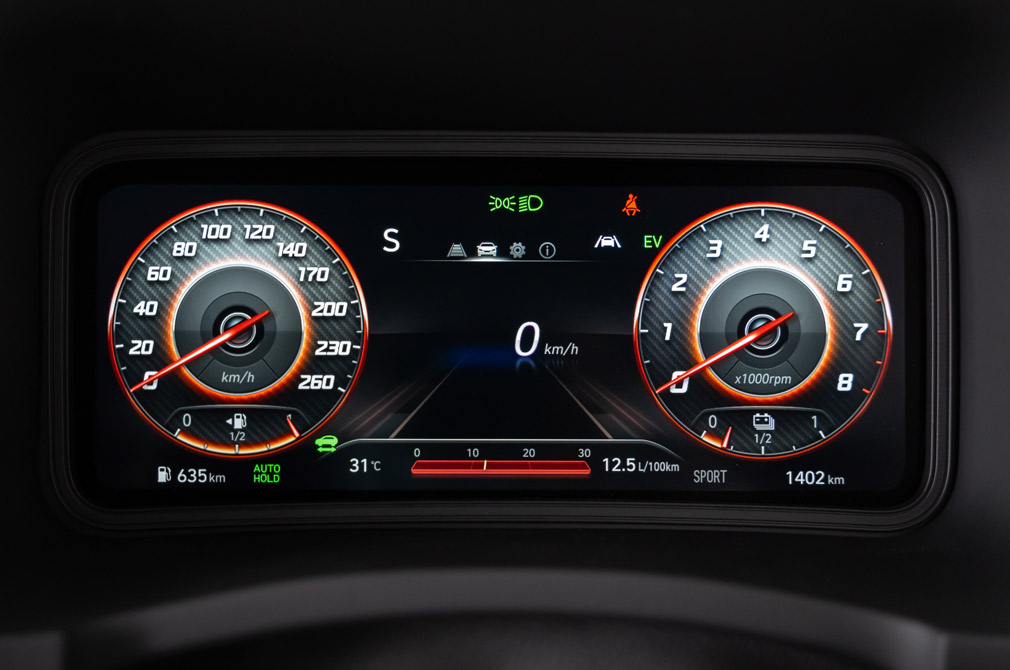 What hasn’t been upgraded, though, is the Kona Hybrid’s petrol-electric drivetrain. Carried over from the preceding model, it still delivers 130hp, 265Nm of torque and a century sprint time of 11.6 seconds.

But this time, I was determined to drive the Kona Hybrid the “right” way, which means avoiding full-throttle acceleration and hard stops. It helps that the car now has touring tyres instead of high-performance ones.

I left the drive mode in “Normal” and well, drove the car as normally as I could. No hypermiling techniques here. The ventilated front seats were activated and the air-con was set to 20 degrees.

Two days of mixed driving conditions – 60 per cent urban and 40 per cent expressway – yielded an average of 23.5km/L, which was better than the Hyundai’s stated figures. 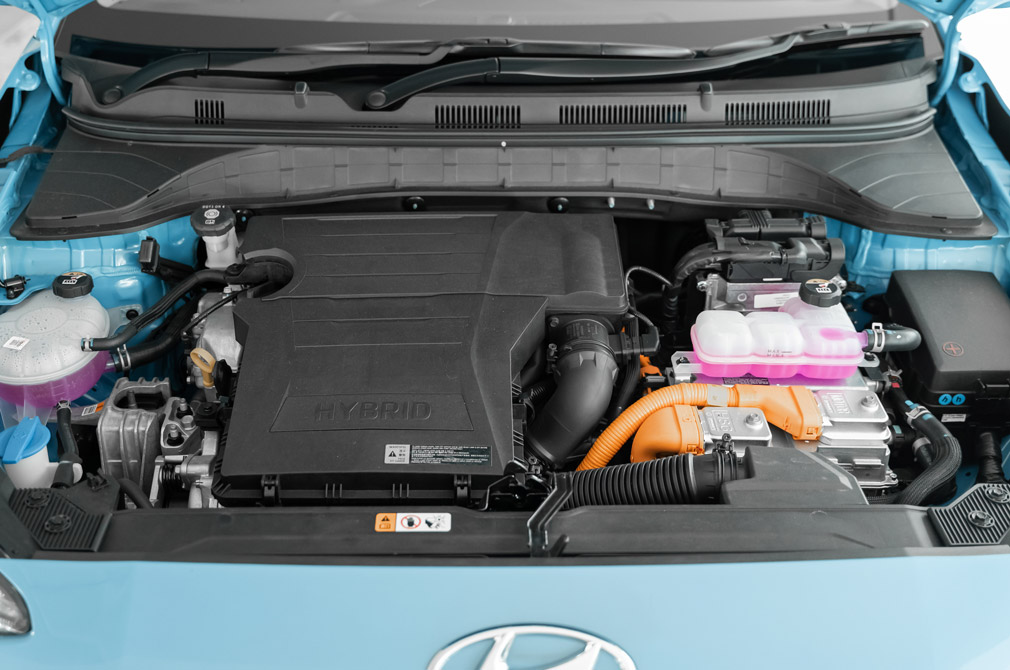 In heavy traffic, the average hovered between 19-20km/L.

I could only conclude that my result in the previous Kona Hybrid (16.5km/L) was a reflection of my impatience.

That said, although the Kona Hybrid excels at efficiency, it doesn’t seem to have its predecessor’s perkiness. There seems to be a bit more inertia this time around.

On a positive note, engineers re-worked the suspension to improve the crossover’s ride comfort, which is palpably better. The modified bump stop and rear stabiliser bar contribute to a smoother ride and enhanced body control, making the vehicle more stable when cornering. 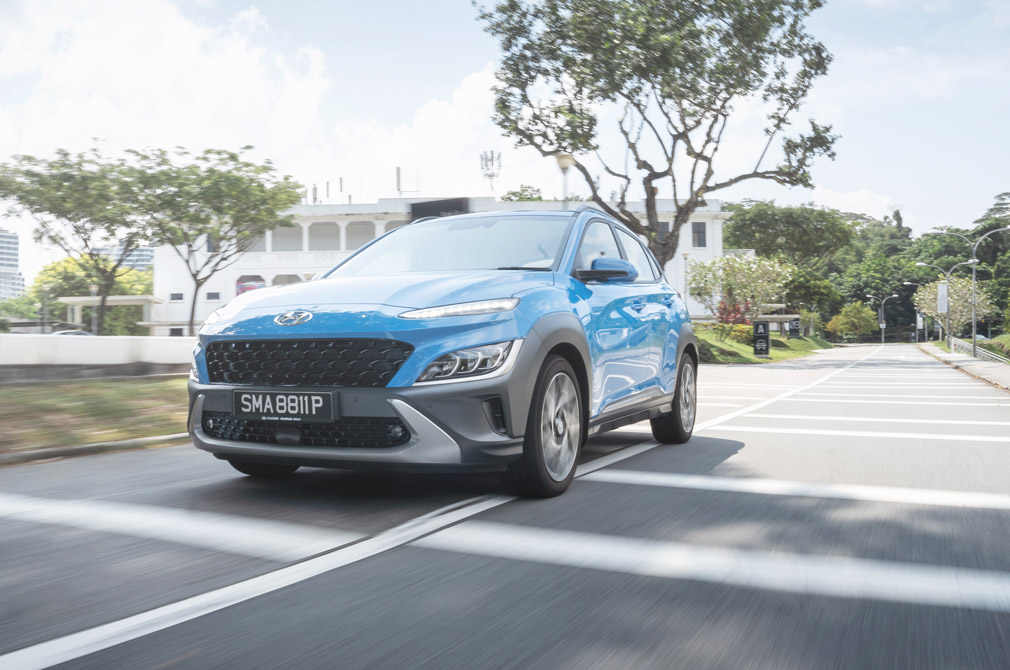 The Kona Hybrid’s numerous upgrades make it even more attractive than before, especially to buyers who want a fuel-efficient compact crossover for city driving.

But if there’s one thing that the Kona Hybrid is really good at, it’s rewarding drivers who maximise its potential. And it doesn’t even require you to try too hard.

That will go a long way towards convincing drivers to adopt more efficient driving habits. It might be the Kona Hybrid’s best feature yet. 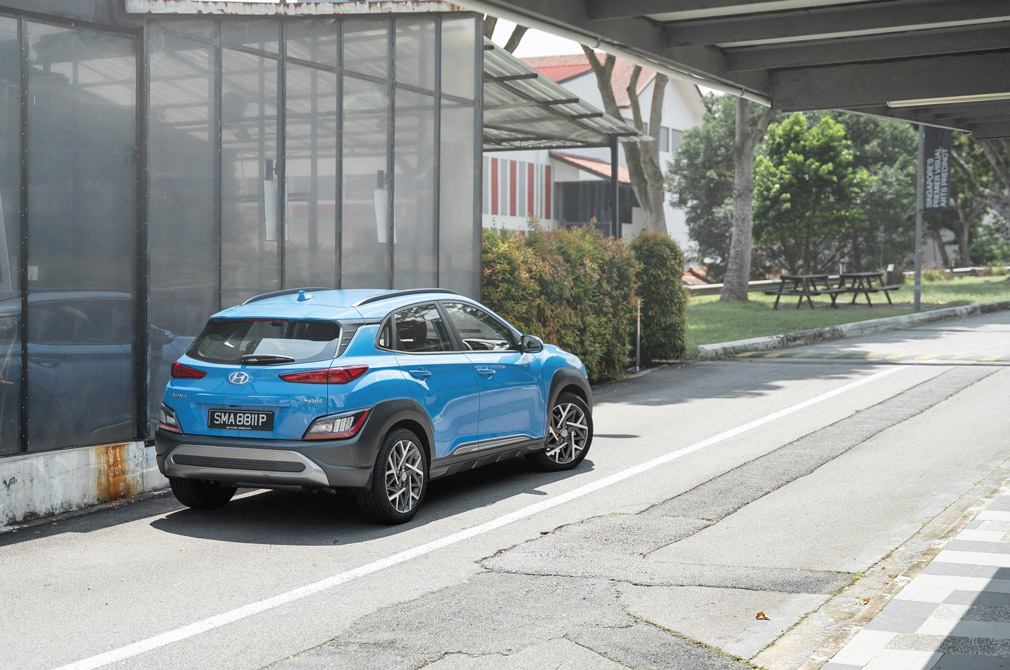 HyundaiElectric and hybrid vehiclesCar reviewEarthOne
Share this article
This website is best viewed using the latest versions of web browsers.