Stories often get passed down through word of mouth. While they tend to have an immense reach, the information is often obfuscated in the process, leading to the conception of the myths that we are all familiar with.

Surely you would have heard of countless myths surrounding cars and driving, but which of them are facts and which are simply myths?

In the following list, we fact-check some of the most common car-related myths, most of which are unique to Singaporeans. Let's go mythbusting!

Myth 1: Road hogging is not an offence 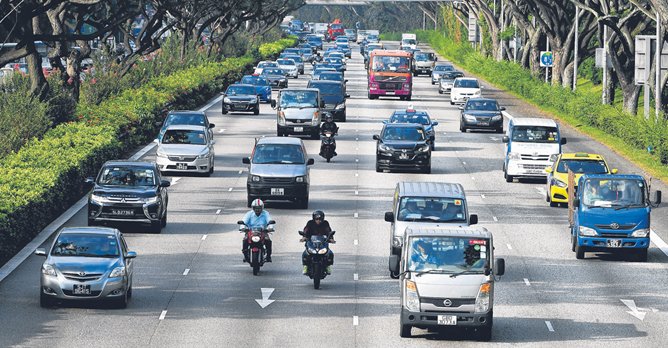 Whenever dashcam footage of cars overtaking on the left is shared online, the comments section will be divided into two distinct camps. At one end of the spectrum, there will be those condemning the one overtaking for speeding.

At the other end, there will be the ones who berate the car cruising along on the first lane, seemingly unaware of the car approaching at a higher speed.

While speeding is an offence, road hogging is one as well, which you can be fined $1,000 and/or subjected to a jail term of three months and four demerit points for the first offence.

Simply put, if there is a vehicle travelling at a higher speed than you, move to the lane on your left and let it pass you. With this simple gesture, everyone will be happier.

Myth 2: You are not committing any drink driving offence as long as the car is not running 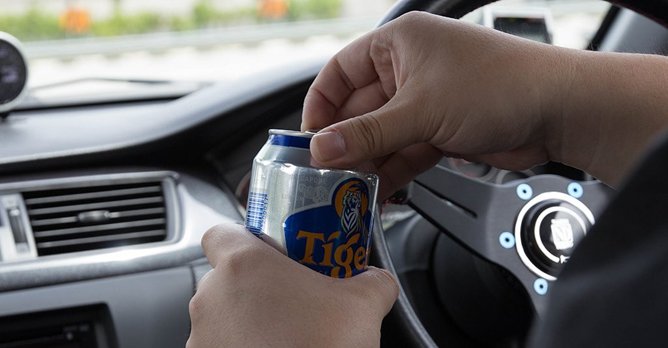 After a drinking session, you are totally wasted, and decide to take a nap in your car. "I'm not drink driving, just resting in my car.

There's nothing wrong and I did not break the law." Wrong. As long as you are sitting in the driver seat of the car, you can still be punished, not exactly for drink driving, but rather for being 'in charge of a vehicle while intoxicated'.

Unless you have definite proof that you did not operate the car, and have no intention to do so, the odds are stacked against you. So here's our suggestion, just leave your car at home and take a Grab or taxi to your drinking session and save all that trouble.

Myth 3: Rear passengers do not need to use a seatbelt 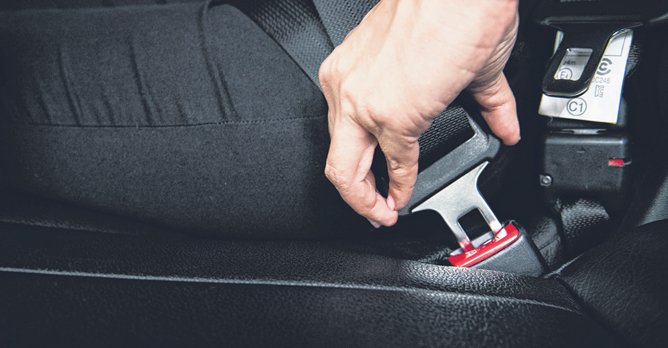 "Seatbelts are only needed for those in the front seat. Some old cars don't have rear seatbelts." Do you agree with that statement? While it feels like there's no need to buckle up in the rear (what's the worst that can happen? Smashing into that soft and cushy back of the front seat?), it really is necessary.

There are countless examples of serious injuries or even death that arise from unbelted rear passengers.

If that is not enough to dissuade you, keep in mind that any passengers who do not use a seatbelt while travelling in a car can be fined $120, repeat offenders can be fined up to $2,000 or imprisoned for up to six months. Stay safe and out of prison, buckle up. 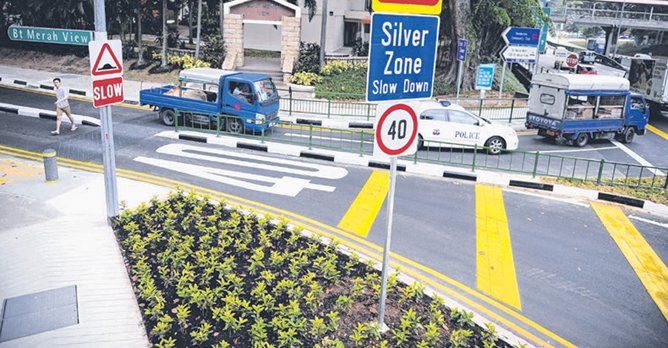 While you might think that the 10km/h difference is negligible, it can make the difference between a suspended driving license and 18 demerit points. So think twice before you decide to blast down the street at high speeds.

Myth 5: Doesn't make sense to own an electric car in Singapore unless you have a landed property 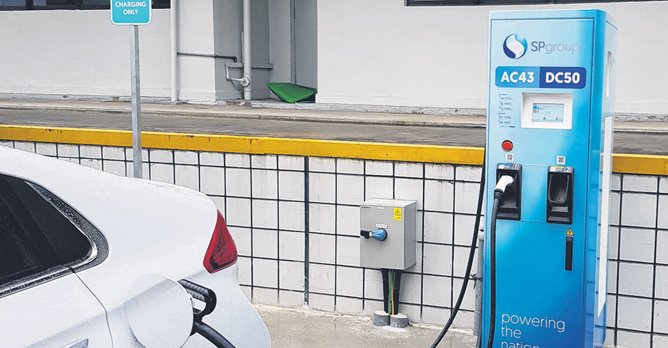 For the longest time, electric cars seem like a ludicrous suggestion for people who stay in HDB flats. There are no charging points in multi-storey carparks. Hence, short of an insane contraption of dangling extension cords, there's simply no way to charge your oversized toy car.

SP Group also aims to launch a total of 1,000 charging points in Singapore by 2020. If you ask us, the future is pretty much electrified!

Myth 6: Shaking and rocking your car to pump more fuel 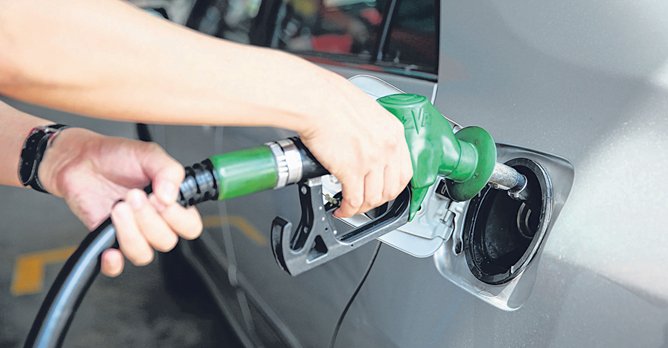 Singaporeans like to get their money worth. With the insane petrol prices here, you can often spot us filling up with the considerably cheaper petrol across the border. Many believe that by rocking their cars, they can pump in a larger quantity of fuel, making the most out of their trip to Johor Bahru.

This is, unfortunately, a hilarious misconception. Should you want to fill the fuel tank up to the brim, you should wait for the foam and air bubbles to settle instead. Now you know that your efforts to save a couple of dollars really only serve to make you look like a clown.

Myth 7: Pump premium high-octane fuel once in a while to 'clean' the engine 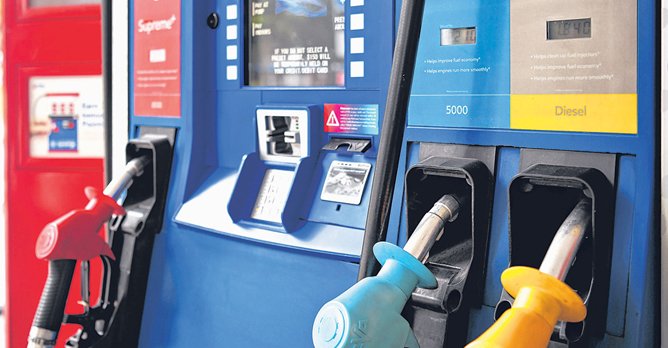 Nope, running high-octane fuel does not clean your engine. That is achieved with the additives which are found in the entire range of petrol that is available - regardless of octane rating. So, why then do petrol stations offer high-octane fuel and what good are they for?

Higher octane fuels have a lower propensity to pre-ignite under immense compressive forces, which is why sports cars and the likes stand to benefit from them. Meanwhile, your econobox isn't designed to take advantage of high-octane fuels, so don't even bother. There's no benefit to be found here.

Myth 8: Using your mobile phone at petrol stations will cause an explosion 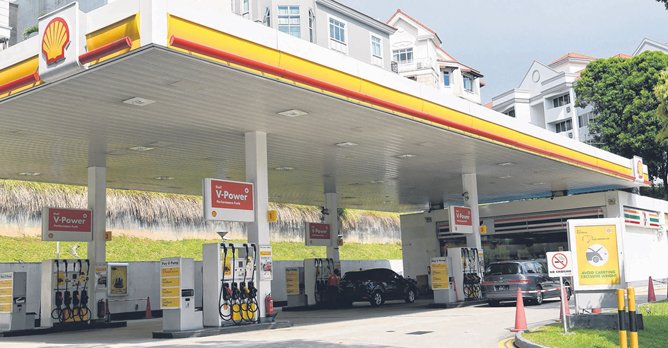 Notice that sign you find in all petrol stations, telling you to turn your mobile phone off? It's a lie. Many outlets have experimented with the theory, with attempts to ignite petrol vapour with the radiation from a mobile phone and yet not one succeeded.

Truth is, while microwaves emitted from mobile phones could possibly generate a spark that could ignite petrol fumes. The waves emitted from phones in normal circumstances are actually far too weak to create an explosion.

Chances are, as long as you are not doing something like lighting up a cigarette with a lighter at the pumps, you should be safe. Petrol really doesn't combust or explodes spontaneously at the ring of a mobile phone.