The accident occurred at the junction of Clementi Road and Ulu Pandan Road yesterday morning. It involved a taxi, two cars and a lorry.
The Straits Times

Accidents can happen anywhere. From junctions with discretionary right turns and chain collisions on major expressways to even roundabouts and carparks.

But even so, there are particular roads in Singapore that are prone to accidents due to their inherent designs.

There are many steps that you can take to drive safely on the roads. Staying out of accidents also means that you won't have to fill up a pesky insurance report after an accident. So here's a list of accident-prone roads in Singapore where you should take extra care when driving through them.

The Pan Island Expressway is long and winding, and is known for its traffic snarls during peak hours.

There are many tricky bits of the expressway. Perhaps the trickiest of them all is the Jalan Anak Bukit section on the PIE.

If you're heading west on PIE towards Tuas, it gets tricky before even reaching the flyover. You'll be faced with the Dunearn Road / Clementi Road exit - the only expressway exit in Singapore that sits on the right lane.

Heavy vehicles will have to filter to the right-most lane just to get to that exit. Some drivers may slow down before entering the exit - so those unfamiliar may be caught off guard as traffic slows down here.

Once traffic clears up, you're faced with Anak Bukit flyover. With a long sweeping left that goes uphill, it can get tricky for those who aren't familiar.

The LTA is currently working to improve this segment of the PIE and will be doing resurfacing works, as well as broader lane markings. Also, works are currently ongoing to finally move the exit to the left, where it should be. 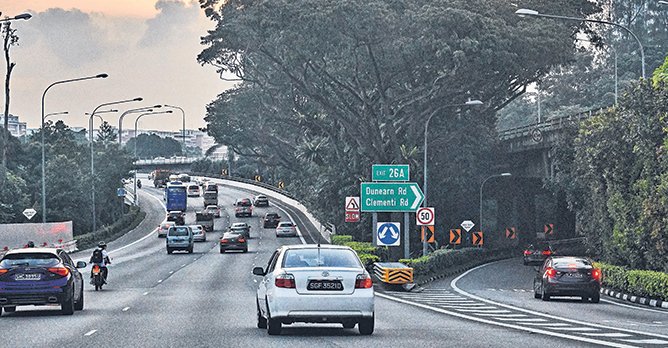 Braddell road is a major arterial road that is part of the Outer Ring Road System. Connecting from East to West, one good feature of taking it is to avoid Electronic Road Pricing charges.

But certain sections and exits can get confusing. And while it isn't an expressway, the road almost encourages you to go faster thanks to its long stretches of tarmac. Thus, it is more of the well-known speed trap hotspots in Singapore.

But when it comes to accidents, the better-known accident-prone junction here is the right turn to Bishan road from Braddell road.

The cause for confusion here is mainly due to the traffic lights placed in close proximity. Once completing the right turn, you're faced with another set of traffic lights.

Many assume that all the lights will be green from the moment they turn right, leading to accidents. There are a few more junctions which have such traffic lights, but this junction takes the cake as one of the more confusing ones. 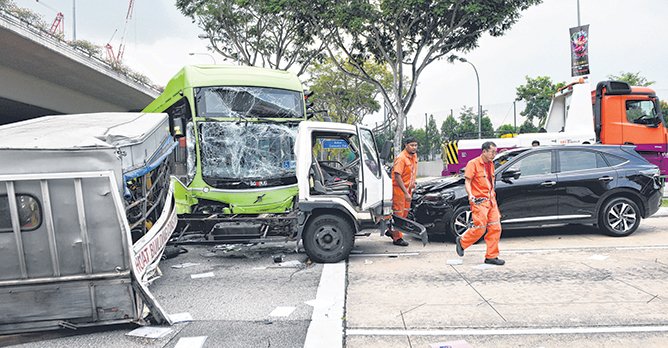 Lets face it, we rarely have to deal with roundabouts here in Singapore. And therein lies the problem.

We don't even learn much about roundabouts in driving school. It might be a theory test question, but never do we actually deal with roundabouts during our practical lessons or tests. Thus, we only learn the right (or wrong) way to handle roundabouts once we're out on the roads as a licensed driver.

Most drivers either continue going round in the incorrect lane, or exit dangerously from the wrong lane. Plus, most do not know the correct signals to use when in a roundabout.

Unfortunately, accidents happen frequently in roundabouts. A major roundabout in Singapore is Newton Circus - and it is pretty confusing to say the least.

To add to the confusion towards roundabouts, Newton Circus features traffic lights within the roundabout. Even so, many drivers form up in the incorrect lanes, or choose to enter and exit incorrectly, causing accidents.

Thus, our advice is if you are in the wrong lane in a roundabout, just continue going around. Eventually, you'll reach your exit again. 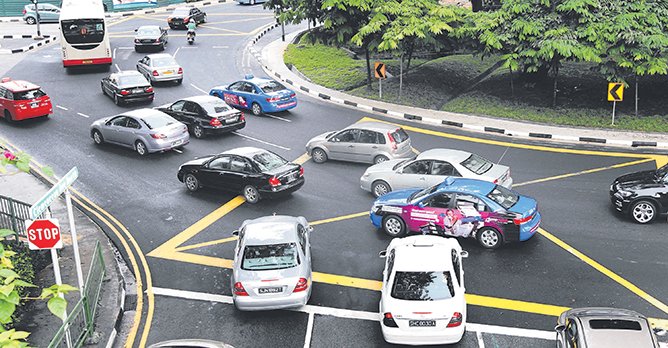 For what sounds like a minor road in the neighbourhood of Clementi, those who frequent this stretch will know it is an important road that links from PIE to Ayer Rajah Expressway (AYE).

It also serves as an exit for Clementi and Toh Tuck areas, as well as connecting to Commonwealth Avenue West.

This stretch of road then sees heavy traffic most of the day. Speeds here are also high as drivers see it as a connection to two expressways, and turn offs and exits are short.

A dangerous section is southbound through the Clementi Avenue 6 underpass. Once you exit the underpass, the entrance to AYE towards the city arrives quickly on the left. With drivers slowing down, you have to be extra careful here. 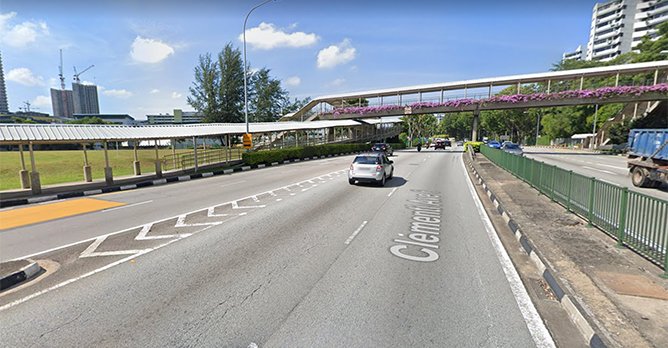 Rochor road is a tricky road to navigate. And it starts from the moment you exit the East Coast Parkway (ECP).

Many will know the sweeping right-hander through the Rochor road exit on ECP. Yes, it might be a little fun to take a corner a little fast, but here is where many spin outs happen.

You then head down to Rochor flyover. While you go over the crest of the flyover, you're soon met with a set of lights. Those not familiar with this stretch might be caught off guard by the sudden need to slow down due to a red light or traffic building up.

Once you head into the Bugis area, things may get a little confusing too. As traffic junctions here are close to each other, drivers may instead look at the wrong traffic lights.

You might remember the fatal Bugis accident back in 2012, where a Ferrari 599 GTO beat a red light and crashed into a taxi, leaving three dead. The accident happened at the junction between Victoria Street and Rochor Road. 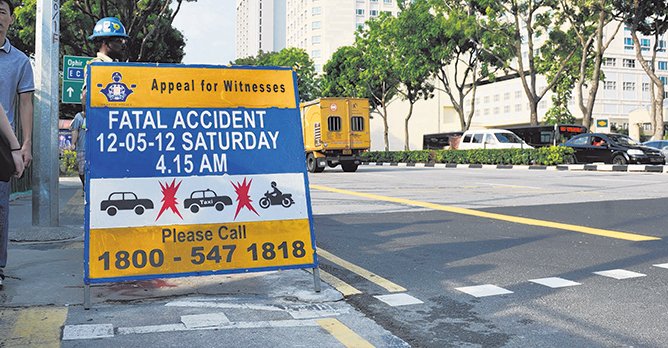