Repeating outfits is no longer a fashion faux pas: Shiloh Jolie-Pitt (left) wore an altered version of Angelina Jolie’s Dior dress that she wore at a media event for Maleficent in 2019 at the premiere of Eternals in London in October 2021
Twitter/PageSix
PUBLISHED ONNovember 09, 2021 2:39 AMByAnnie Brown

Imagine being asked if you could borrow from any megawatt celebrity’s wardrobe and the answer you give is: My mother, and I already do.

That’s what members of the Jolie-Pitt clan could rightly say. In recent weeks they have accompanied their mother, Angelina Jolie, on her press tour for Eternals wearing pieces taken from her wardrobe (and in some cases, altered).

“My kids are all mixed with vintage, and in my old Oscars dress. We did all vintage and upcycled my old stuff,” Jolie told Entertainment Tonight on the red carpet.

While most of us cannot repurpose our mother’s Oscars gown, the Jolie-Pitt clan’s fashion choices speak to some important parts of the sustainability conversation – circular fashion, upcycling (reworking or repurposing existing pieces), the rising appreciation of vintage, and keeping and re-wearing clothes.

Central to this is busting the perception that re-wearing a dress in public (or online) is some kind of sartorial or social faux pas. Look to Kate Middleton, the Duchess of Cambridge, for proof. The duchess is known to “recycle” her dresses – a deliberate and important choice, given photos of her will always be beamed around the world.

Last month, the British royal attended the inaugural Earthshot Prize awards ceremony, an initiative founded by her husband, Prince William, to recognise those working to combat climate change, in an Alexander McQueen dress she had worn to a Bafta dinner in 2011. The dress code for this event? “Consider the environment.”

Let’s not forget that Kate wears her late mother-in-law, Princess Diana’s, engagement ring or that Meghan Markle, the Duchess of Sussex, is often photographed wearing Diana’s gold Cartier watch, a gift from Markle’s husband, Prince Harry. It is the pieces handed down, imbued with memories and sentiment that are often the most precious anyway.

Jolie-Pitt and Kate Middleton aren’t alone in giving pieces in their wardrobe a second life. Take Kaia Gerber, who, for her 18th birthday in 2019, wore a version of the leather and lace outfit her supermodel mother, Cindy Crawford, had worn to the 1992 MTV Video Music Awards.

Gerber has also posted a snap of herself wearing one of her mother’s Roberto Cavalli numbers.

Other children to take style inspiration from their famous mothers include Coco Arquette, who borrowed a purple dress her mother, Friends star Courtney Cox, wore in 1998, and Brooke Shields’ daughter, Rowan Henchy, who wore the strapless red dress her mother had worn at the 1998 Golden Globes to her prom.

Melbourne-based Josephine Cafagna, who sells one-off vintage and handmade pieces via her Etsy store VintageCaf, says many of her clients wish they could wear their mother and grandmother’s clothes.

“I tend to sell to women who wish they had their grandmother’s wedding dress or mother’s gown. There’s a worldwide trend now in vintage fashion, for the beauty and the sustainability of it,” she says. “Instead of being ‘fashion conscious’, women are now developing a ‘fashion conscience’.

“Through the generations, women did it with their jewellery, an heirloom ring or necklace. Now we are doing it with our clothes. It’s long overdue.”

Cafagna is a firm believer in the quality of vintage pieces, too. “I find the old, restore it and give it a new life. Vintage pieces tend to be very well made, mostly hand stitched, of natural fibre and therefore better at withstanding the test of time,” she says.

It isn’t only the offspring of celebrities trawling through familial treasure chests or appreciating the craftsmanship and uniqueness of vintage fashion. When the sustainability minded fashion designer Gabriela Hearst was appointed creative director at luxury French fashion house Chloé, she bought and repurposed 50 of the brand’s Edith bags from eBay for her debut collection.

Hearst has also implemented sustainable practises such as upcycling fabrics and using materials with less harmful environmental impact since starting in the role. 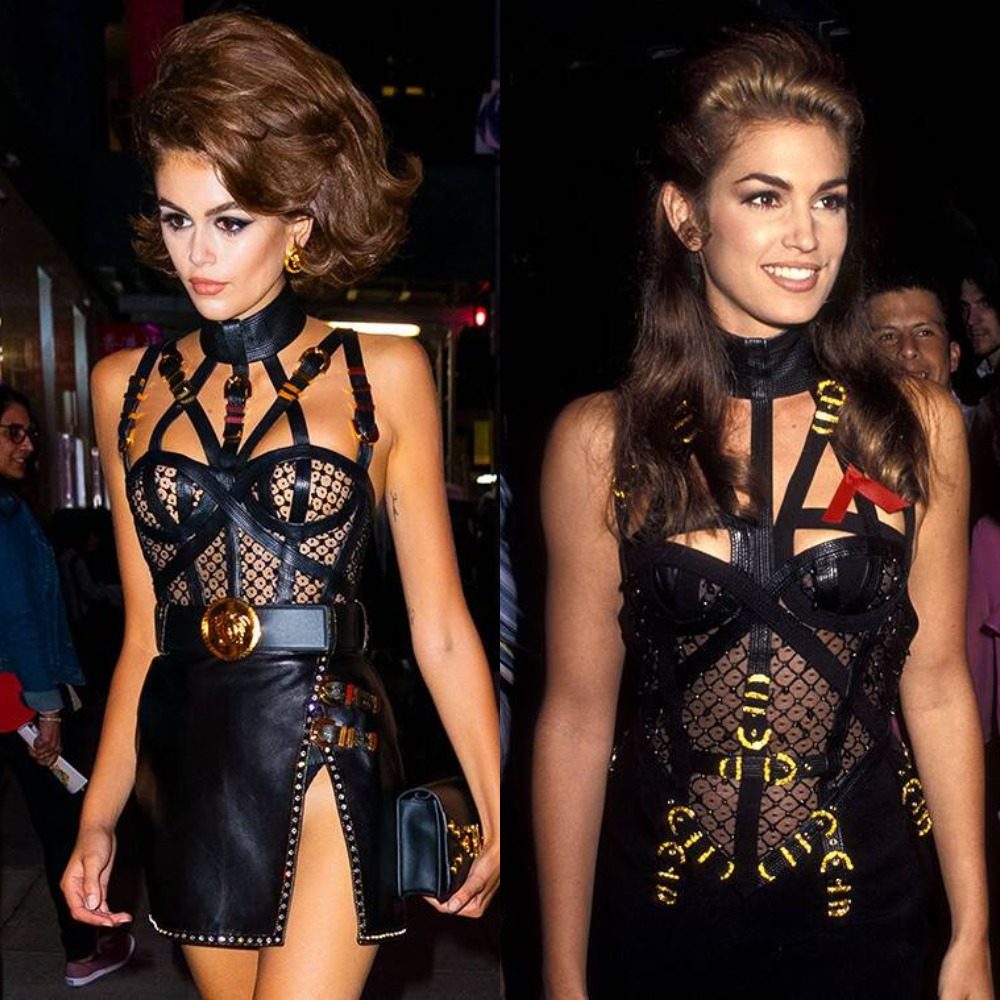 Miu Miu, Coach and Gucci have also looked to the archives to bring back pieces in recent seasons, or style vintage pieces in with new collections. Miu Miu recently released a line of 80 dresses made with reworked archive pieces from as far back as the 1930s.

During Milan Fashion Week, Gucci launched its Vault e-commerce site, on which it will sell refurbished vintage Gucci pieces, as well as collaborations between creative director Alessandro Michele and artists and designers of his choosing.

Meanwhile, luxury group Kering, owner of Gucci, Bottega Veneta, Alexander McQueen and more, took a 5 per cent stake in French consignment e-tailer Vestiaire Collective this year. The resale market is expected to hit US$64 billion (S$86 billion) by 2025, up from US$28 billion in 2020, with much of this growth being led by Generation Z.

This sense of passing something down is something I think about for my own daughter. She’s nearly four, covetous of my jewellery (“I love your sparkle, Mummy”) AND a fellow shoe lover – though she prefers a sparkly jelly sandal to a Chanel slingback.

I sincerely hope she, one day, has the same foot size as me. I’d like her to borrow from my wardrobe, I want all of my special things to have a second life (and beyond).

Perhaps at the heart of pillaging clothes from your mother’s wardrobe, even if you are not a celebrity, is a reminder that they can be more than simply pieces to wear, but also moments and memories to treasure too.