This couple's love for bubble tea was so strong, they decided to incorporate it into their wedding day.

On Dec 8, 25-year-old Leonard Pang and 22-year-old Gina, who only gave her first name, tied the knot at a Gong Cha outlet in Brisbane.

To share the joy of the special day, Leonard uploaded photos of the occasion onto Facebook group Subtle Asian Traits, where commenters absolutely loved their unique nuptials.

The videographer, who is currently based in Australia, told AsiaOne that he met Gina in 2019 while they were both studying in Brisbane. The pair had got to know each other through events held by the student's accommodation they were staying at and eventually fell head over heels in love. 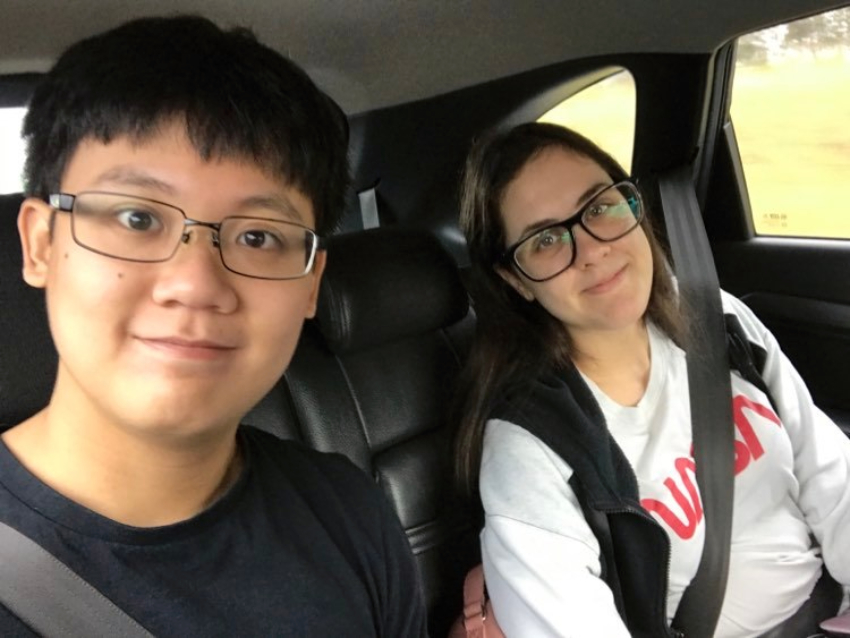 One of their regular dating spots was Gong Cha as it was a short two-minute walk away from where they lived, and over the course of their relationship, they made many fond memories there.

Leonard's family couldn't fly over for the wedding due to Covid-19, so he and Gina, who is Australian, decided to have a small, low-key ceremony as there was "not much at stake".

Apart from Gong Cha, the couple had considered other options such as Roma Street Parkland in Brisbane or their home. However, as they wanted to "make it a bit more personal", they eventually settled on Gong Cha.

Keeping to their wish to have a small wedding, Leonard and Gina only invited nine guests to the two-hour event. During the ceremony, Gong Cha cordoned off a part of the store for the couple while business carried on as per usual. 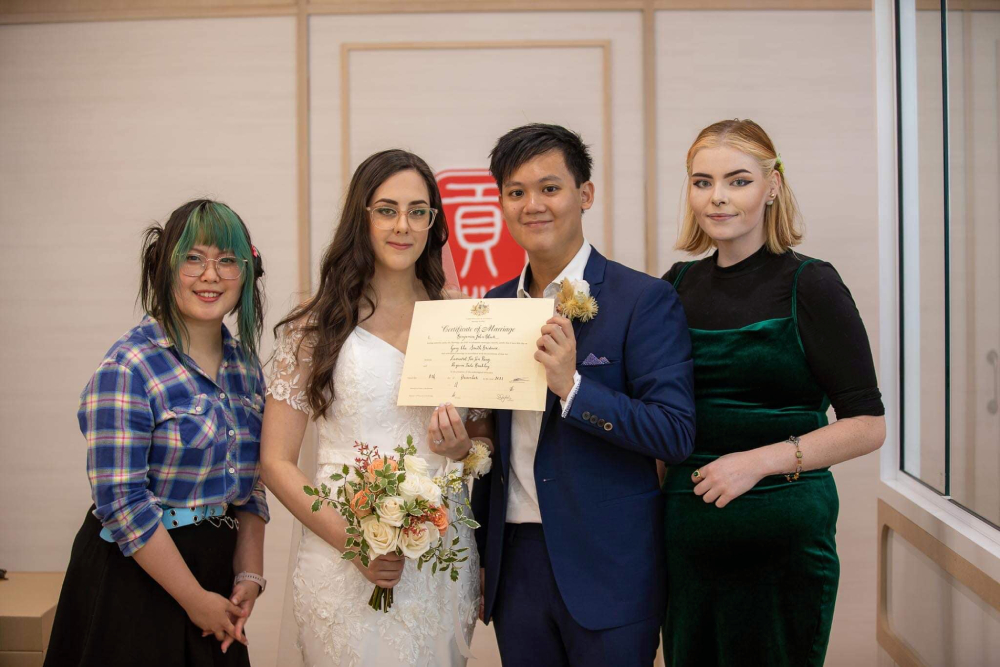 Guests also got to sip on cups of bubble tea from Gong Cha and chow down on bread and cake by Australian bakery chain Breadtop. 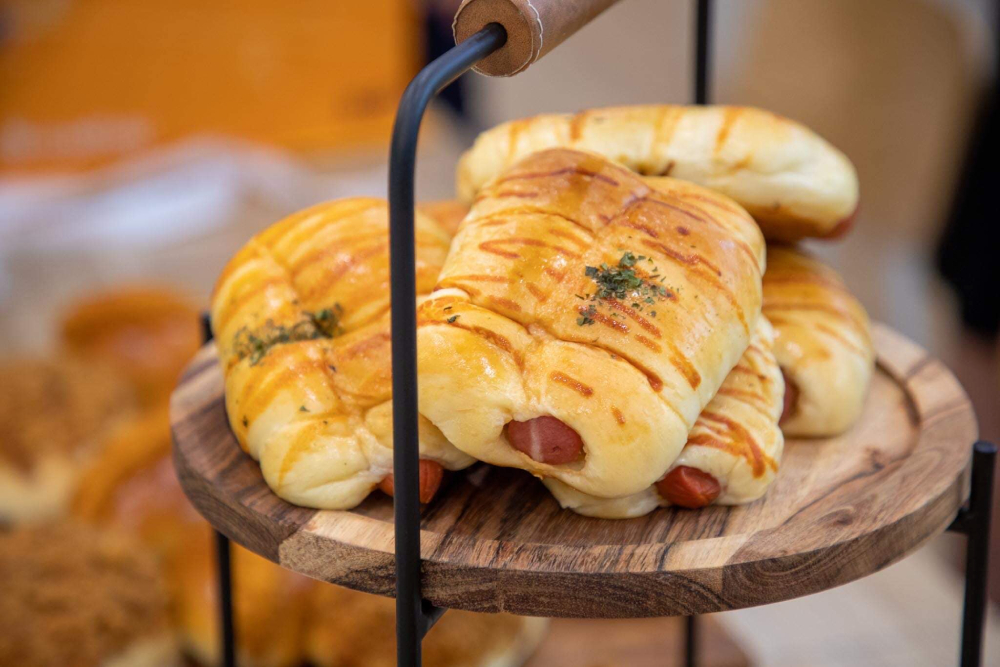 Leonard tells us that in total, the bill for food and drinks came up to around AUD$200 (S$195) while the total cost of the wedding — including the dress and suit — added up to be less than AUD$1,500.

The unconventional ceremony has attracted quite a bit of attention online — as of the time of writing, Leonard's post has over 2,800 likes and more than 580 comments. 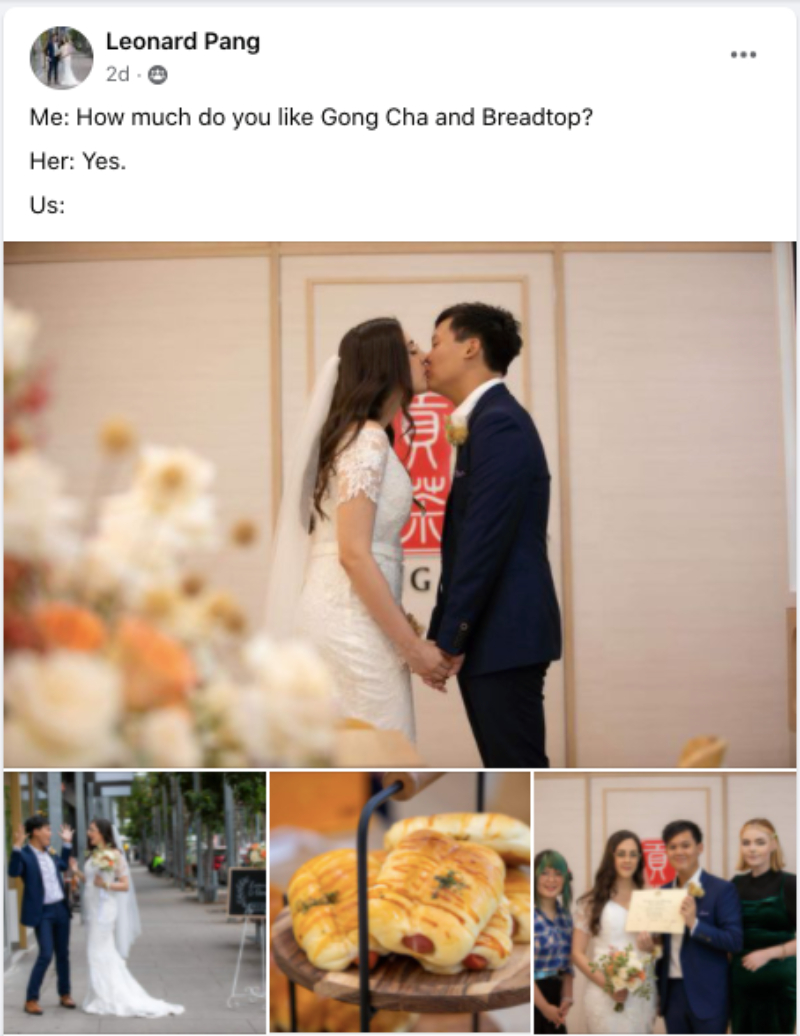 Netizens flocked to the comments section to congratulate the love birds. 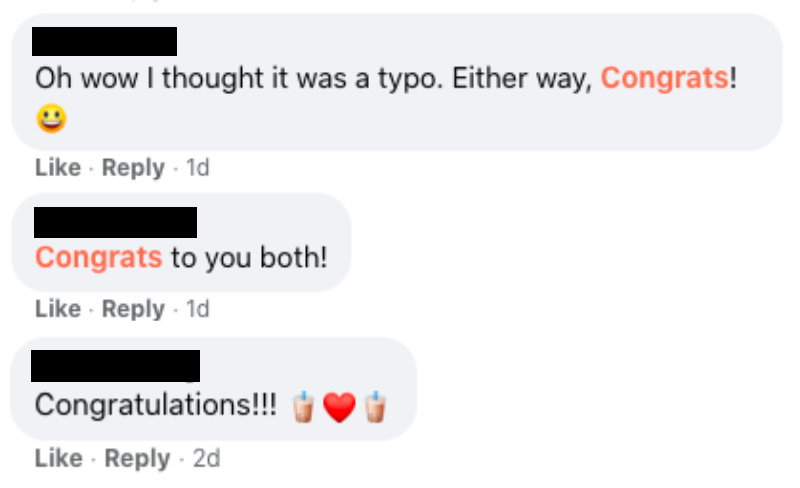 Some also shared that they were inspired to do something similar for their own big day.

This isn't the first time a Singaporean has expressed their love for their partner in an unconventional way. Back in May, a man executed a mahjong-themed proposal for his girlfriend.

And in February, another man decided to profess his love for his KFC-obsessed partner with a fried chicken bouquet.