The bespoke Rolls-Royce Black Badge Ghost has finally made its debut in Singapore. Priced from $1,468,888, it sports an edgier look with updated performance parts.

Rolls-Royce's Black Badge line has always been the pinnacle of luxury. With the addition of the Black Badge Ghost, the marque hopes to further "push boundaries, redefine what's possible and challenge established convention." 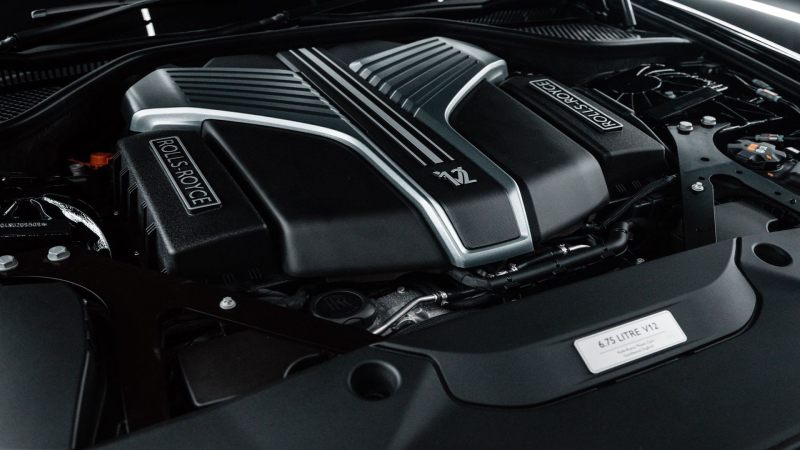 With the mantle of Black Badge comes various performance upgrades to make for a more "vivid driving personality."

The twin-turbocharged V12 engine has been amped up to produce 591hp, an increase of 28hp from the base model. Additionally, Rolls-Royce has engineered the engine to produce an additional 50Nm of torque, bringing the total to 900Nm, allowing for a smoother ride.

Despite its unladen weight of 2,490kg, the Black Badge Ghost can complete the century sprint in a mere 4.7s. 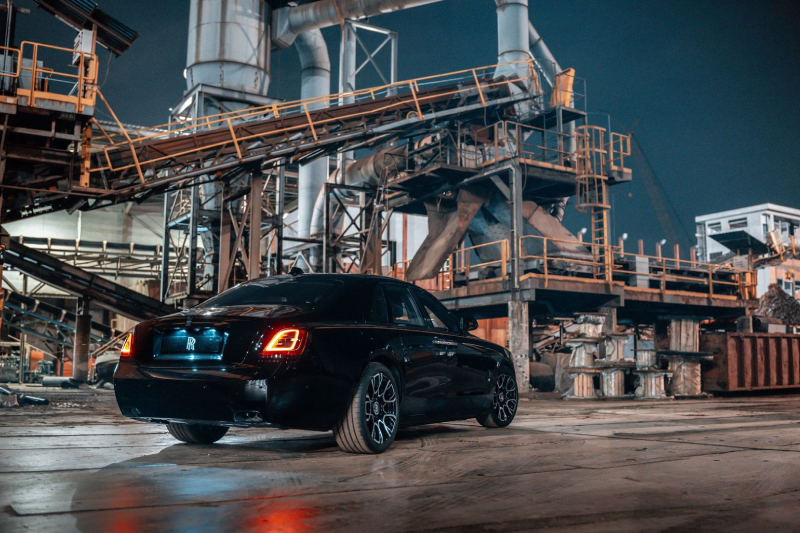 The brand kept the all-aluminium spaceframe structure that debuted in the Phantom for extraordinary body stiffness. Other parts such as its all-wheel drive and its award-winning Planar Suspension system have been reworked to alleviate body roll from harsh cornering.

The upgrades don't stop there as Rolls-Royce opted to add a Low mode under the gear selection stalk. This unlocks all 900Nm of torque from just 1700rpm and significantly boosts gearshift speed and throttle response. 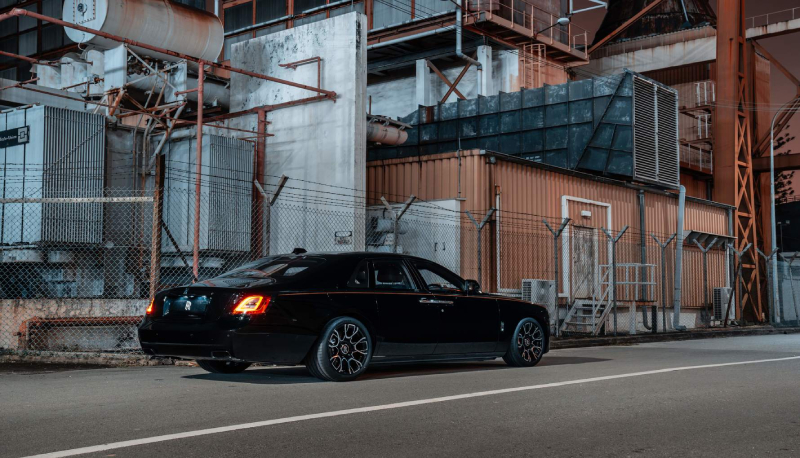 The braking bite-point has also been increased to reduce brake travel to complement all the performance upgrades.

Additionally, for a better driving experience, every driver input, be it the throttle or the steering, will be adjusted when the 8-speed ZF gearbox and the front and rear-steered axles work in tandem. 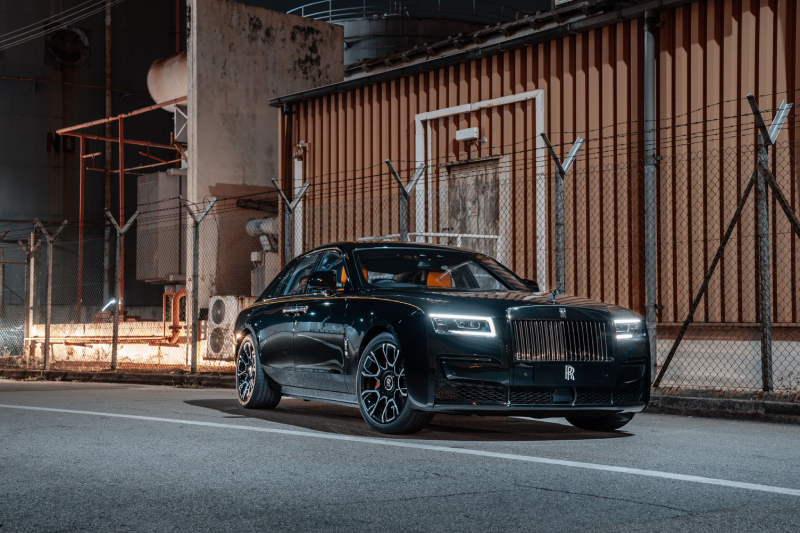 The bespoke exterior of the Ghost has received a makeover in one striking colour. Black. Rolls-Royce themselves stated that black has been associated with power, strength, authority and elegance.

And they've done a good job conveying those traits. Rolls-Royce has opted to use the motor industry's "darkest black" which when applied to the car and polished, creates a more "black and neon" aesthetic than most of their previous Black Badge cars have.

Of course, the clientele can choose from over 44,000 different colours to create their own unique and bespoke hue on their Rolls-Royce. 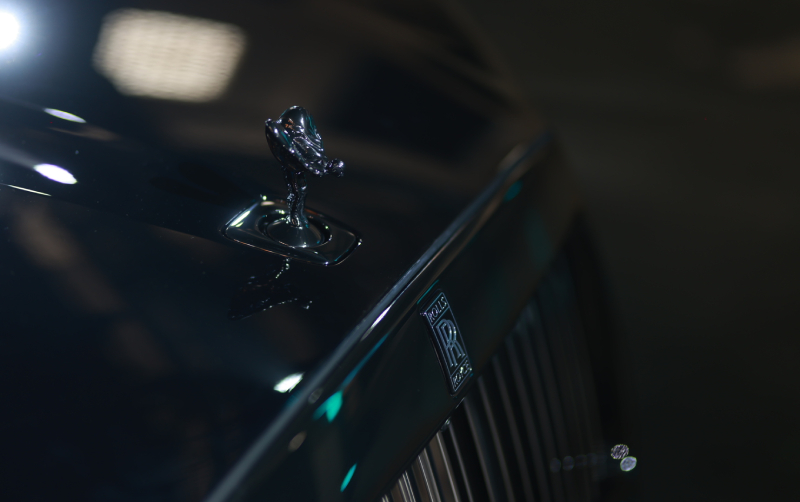 44 layers of carbon fibre and aerospace tighteners were used to make the wheel, creating a black aesthetic whilst still retaining incredible strength. Of course, the hubcaps with the Rolls-Royce logo stays upright.

The hallmarks of a Rolls-Royce, the Spirit of Ecstasy and the Pantheon grille, have been chrome coated in a mirror-black chrome finish before being fitted onto the car, creating a very edgy front end.

What is most well-known about Rolls-Royce, and especially their Black Badge cars, is that they manage to take luxury to a whole new level in terms of the interior. 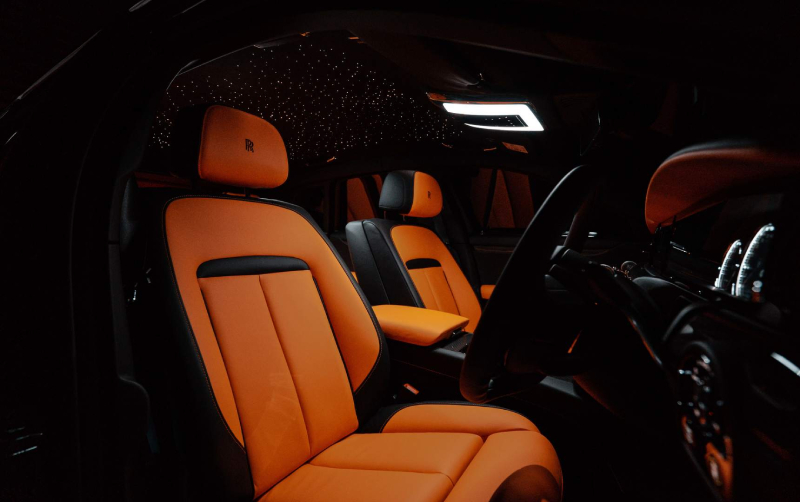 The Mandarin coloured leather gives a huge contrast against the darkness that permeates the rest of the car.

The Black Badge seats five people on what is basically thrones made for royalty. Simply put, the seats are inlaid with multiple wood layers and a black bolivar veneer along with other technical fibres. 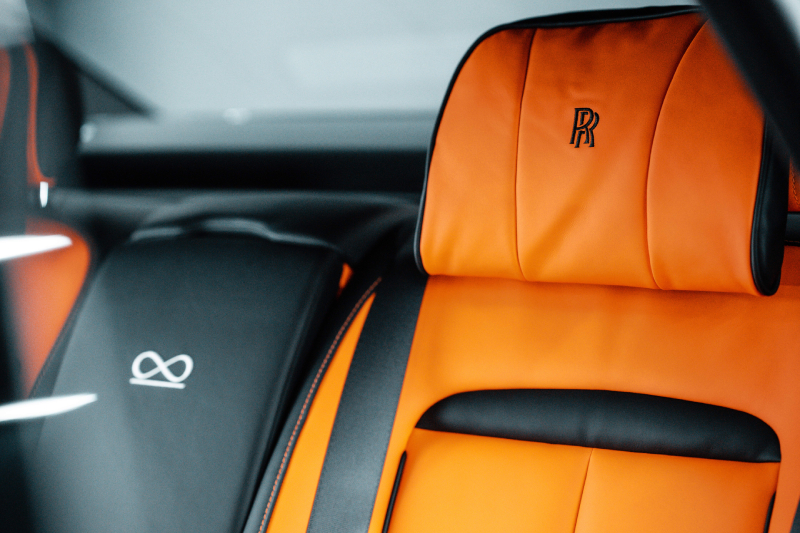 To add more ambience to the whole car, a three-dimensional diamond pattern was made using leaves woven from resin-coated carbon. The rear seats can be stitched with the Black Badge family motif, should the client request it.

Their timepieces only use four markers in a subdued chrome finish to make the clock look as minimalistic as possible. Customers are able to request for more if they'd like. 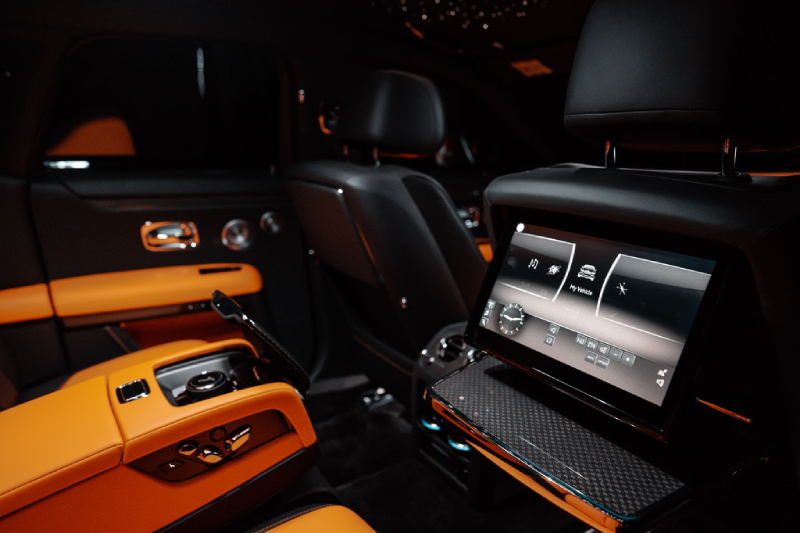 The Rolls-Royce Black Badge Ghost is now available for $1,468,888 before COE. Depending on the commission, prices may increase.