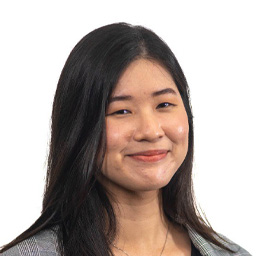 Growing up, his mother's thosai was a breakfast staple for local rapper Yung Raja. Now, he's putting a new spin on the tradition with his new cafe The Maha Co, serving up what he calls the world's first 'thosai taco'.

The cafe, which had its soft launch at the end of last year, marks the 26-year-old's first steps into the F&B industry. But it's been a long-time dream of his to open up an eatery of his own, he tells AsiaOne.

"We didn't want to just open up an F&B business to make some money or whatever," he enthuses. "The goal was to create something organic, authentic, honest to who we are as people and who I am as an artist."

Sure enough, the cafe is "vibey as hell", as Yung Raja — whose real name is Rajid Ahamed — puts it. Walk in and you'll hear hip-hop beats. The walls are plastered with both Mexican and Bollywood posters, and the counter put together from a dismantled food truck is the pièce de resistance. 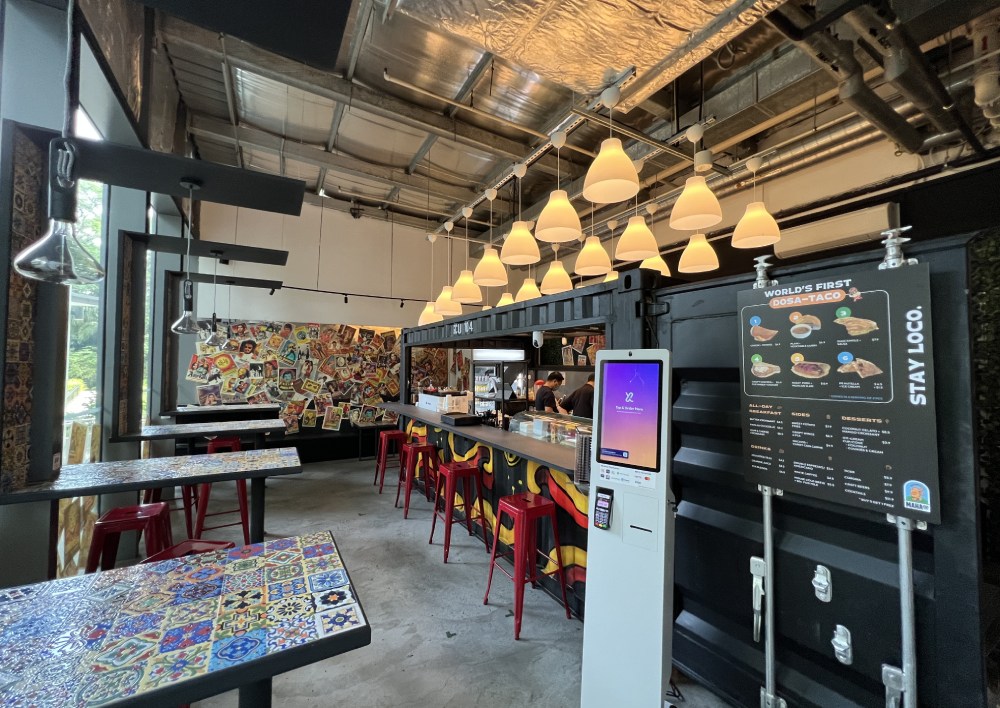 Located in the heart of Fusionopolis, the Indian-Mexican fusion joint is meant to be a place for him and his inner circle to hang out, as well as a watering hole where office-goers can grab a craft beer or two after knocking off. 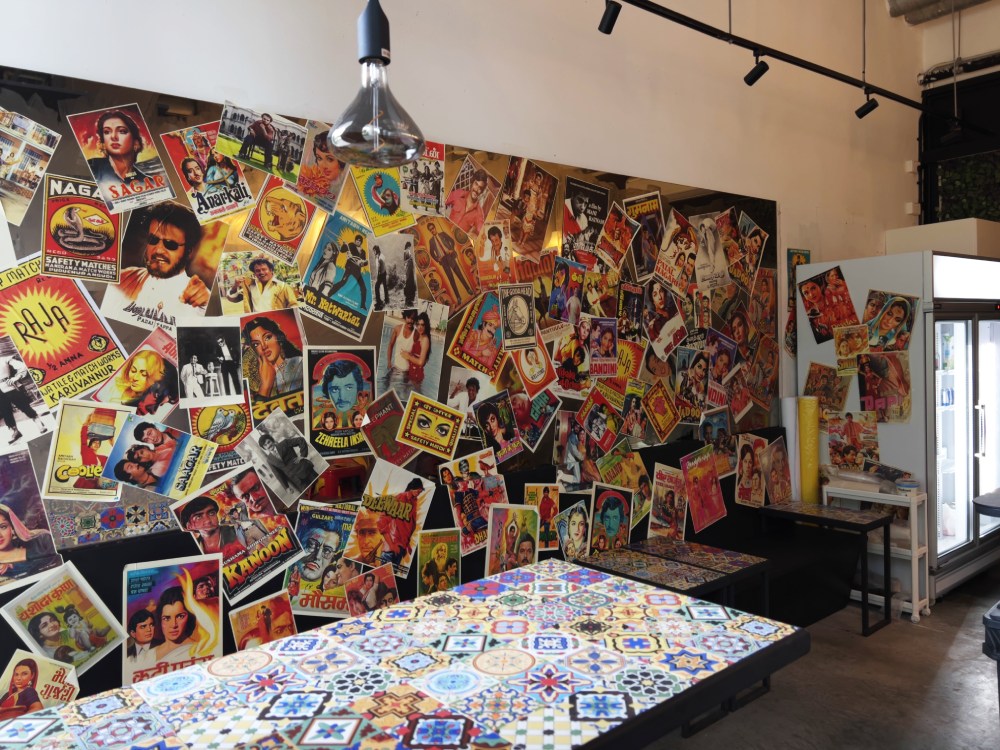 The idea for Maha Co was hatched some eight months ago with Ong Weiquan, 40, a longtime friend and founder of cold-pressed juice brand Gorilla Press, says Yung Raja.

During one of their many R&D sessions at his home, the pair stumbled upon a winning formula.

"Weiquan came over to my house and the first thing that we tried was peanut butter and nutella with banana in a thosai and I can I swear to you right now, I remember my mind getting blown to pieces."

They began pairing his mum's traditional thosai recipe with all sorts of fillings, and the rest is history.

For the purists who enjoy their thosai the traditional way, there's also the plain thosai with vegetable curry ($6.90 for two pieces). 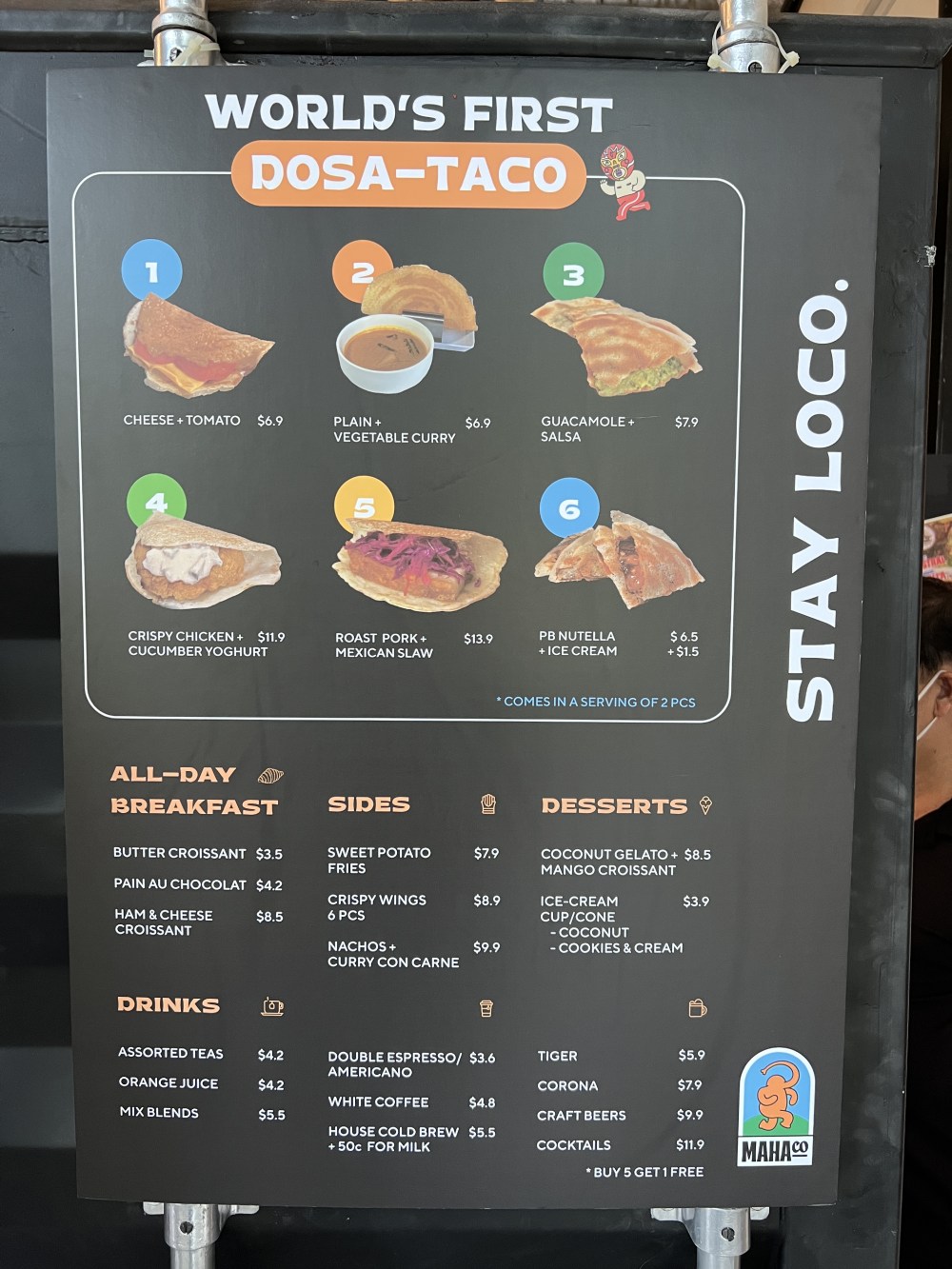 You'll also find the usual cafe fare with a fun twist, such as croissant with creamy coconut ice-cream and mangoes ($8.50).

Beyond the novel food combinations, another of Maha Co's selling points is the fact that its thosai batter is handmade, says Yung Raja.

Instead of the pre-packaged batter that some eateries use, each thosai is made from scratch, with his mum's very own recipe that she's been using for decades.

His parents hail from South India and are as traditional as it gets when it comes to food. So the fact that his fusion creations have received their stamp of approval means a lot, he shares.

"I was so happy to know that that my parents were as excited as me — or even more excited — about the fact that they can pass down the family recipe to me for my business.

"My heart was filled with so much joy to know that my parents were so game."

In between the cafe, his non-profit organisation Maharaja and streetwear label Peace Oeuvre, and an upcoming non-fungible token launch, Yung Raja certainly has his hands full. Not to mention the fact that he's "doubling down" on music-making, which remains his main focus.

But if any fans are hoping to visit Maha Co, you "just might" catch him there, he teases.