There is a saying that a man has two lives, and the second one starts when he realises he only has one. This is particularly appropriate for men dealing with prostate cancer.

With the month-long Movember campaign under way, couples who battled prostate cancer together dressed in colourful traditional wedding robes and gathered at the Hong Kong Cancer Fund's (HKCF) North Point office to celebrate their love for each other.

Two prostate cancer survivors described how the illness affected their relationships with their wives and families.

Chui Kui-fan, 71, and his wife Chui Lui Ling, 68, donned traditional red wedding gowns that day for the first time — despite having been married for 42 years.

The pair came to Hong Kong in 1988, but got married in Guangzhou in 1979, where they could not wear bright festive robes for the ceremony.

"It's like proposing for the first time again. It's like being just married," Chui Kui-fan says. "I feel even happier now than when we got married more than 40 years ago, because when we first got married it was just after the Cultural Revolution so we could not wear any costumes like this."

"We could not wear anything in bright colours. All my wife had was a piece of red cloth, which we used to help bring us luck. What we are doing here today is even more special for us." 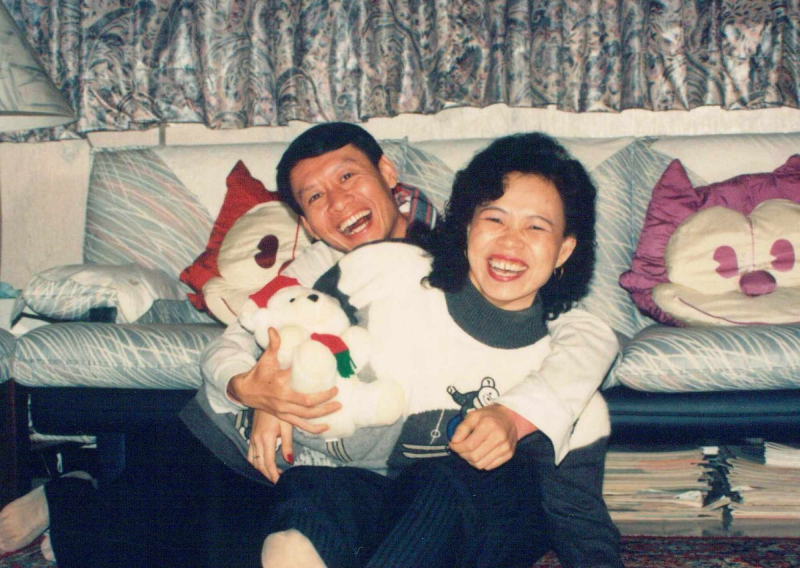 When Chui was diagnosed with prostate cancer in 2011, he turned to the HKCF's free services for cancer patients, including peer support groups and programmes on healthy eating, wellness, self-care and more.

Through its support centre in Wong Tai Sin, he attended music therapy and hiking sessions . "I met a lot of patients and I learned how to take care of myself," he says.

His diagnosis also brought the couple closer together.

"It was like the end of the world when I heard about my husband's diagnosis, but now it's like having life after death," his wife says. "We appreciate every day together and treasure our relationship now."

Chui admits that before his cancer diagnosis he worked far too hard and took a lot for granted.

"Thanks to the love and care my wife and family showed me during my illness, I now know the true meaning of life," he says. "It doesn't matter about the past or the future. You make the most of today." 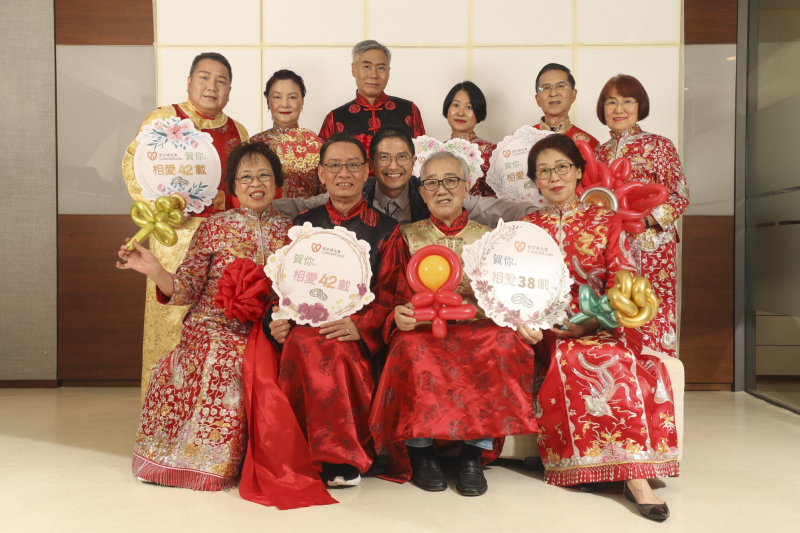 Married for 39 years, Donald Mok, 64, and his wife Rebecca, 61, had their lives thrown into chaos when he was diagnosed with advanced prostate cancer and was given only two years to live. More than six years on, his cancer is in remission. He credits the support of his wife and family.

"Suddenly I had to stop my job and my wife had to become my caregiver. It was a big shock for both of us," Mok says. "Our moods were very up and down, but as a couple, we worked together closely to get through it."

Before his diagnosis, Mok's work as an engineer consumed him. It was only through his battle with cancer and the help of his wife that he saw there were more important things to concentrate on.

"I was very busy working before cancer. Now my wife and I regularly go to the cinema and go hiking together. We must have been to every bit of Hong Kong hiking. I would never have thought about doing this before I got ill," he says.

For decades he worked in mainland China and would be home only one day a week, which put a strain on his relationship with his wife and family.

"Back then, when he came back home he was very tired and in no mood to communicate with anyone," Rebecca explains.

"Now we have more time and space together. We share a lot. We have become more intimate not only as a couple, but as a family. It's a new chapter of our lives."

Because of his illness, Mok's priorities changed from focusing on work and money to his family.

"Life is about more than work. Now I treasure my relationships. Every morning I greet my wife and say, 'Hello honey, how are you?', because we don't know what tomorrow will bring. I've learned to cherish every day," he says.

The couples were taking part in an HKCF activity, sponsored by Movember, as part of a marriage-enrichment project. Programme leader Tommy Liang believed it was a chance for each couple to celebrate their love as they fought cancer together.

"We asked them to wear their wedding gowns to show their commitment to their marriage and their commitment to each other," Liang says. "The idea behind the project is to help reduce the emotional distress couples feel and to increase the couples' quality of life. Cancer is a family illness, not an individual illness." 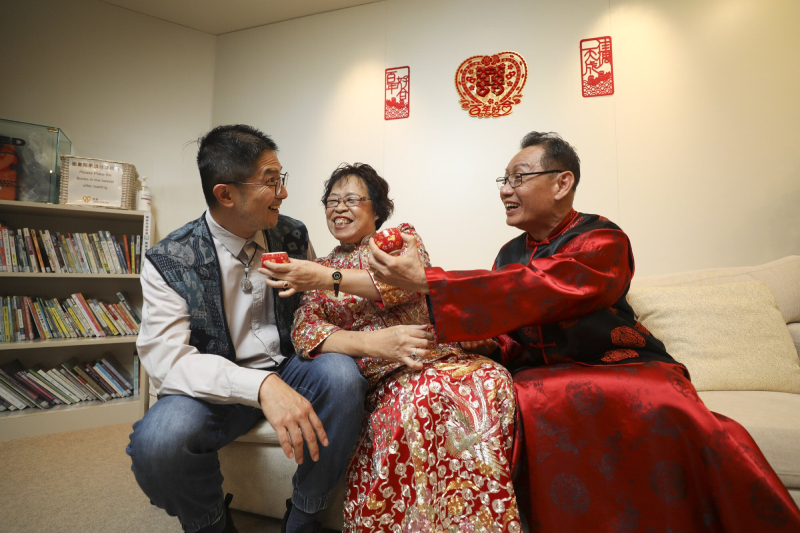 The project was developed in 2013 to support survivors and loved ones through cultural, physical and psychosocial challenges.

Movember is a global awareness and fundraising campaign that runs during November, a drive synonymous with growing moustaches to get people talking about men's health issues, such as prostate cancer and mental health. The charity began in Australia in 2003, and the campaign is in its 10th year in Hong Kong.

In the past decade, 13,880 Movember supporters in Hong Kong have raised more than HK$26 million (S$4.4 million) to support male mental health education and awareness programmes, and the campaign has partnered with the HKCF to invest in prostate and testicular cancer services.