Project Hills: While fasting, they fed their neighbours living in rental flats Daughters Of Tomorrow, a charity that trains, empowers, and helps find sustained employment for underprivileged women, recently celebrated its 7th anniversary by showcasing stories of resilient women in a campaign called Twenty One Daughters.

On their website, you’ll find 24 stories of women who overcame tough circumstances, who are enabling change in their communities, and who are giving to those who need extra support. All finalists were given a makeover, along with family portraits and digital CV headshots to support their efforts to enter (or reenter) the workplace.

Among these stories is that of 27-year-old Zulayqha Zulkifli, a final year student pursuing her bachelor’s in social work at the Singapore University of Social Sciences. But Zulayqha’s passion for the subject extends outside the four walls of the classroom.

A neighbour to those in need

In April 2020, when Zulayqha was forced to work and study at home due to the Circuit Breaker, she saw how badly the circumstances affected those around her.

“The minute I stepped out of my unit I saw a row of young children all seated outside their unit to tap on each other wifi connection. Our neighbours also started walking up to our unit to check with my dad on what is the latest measurements and had expressed their concerns on whether they will be left behind given their financial means.

Burdened by what they saw, Zulayqha and her siblings started Project Hills, an initiative that provides assistance to residents of rental flats.

“We raised funds and procured the items for our beneficiaries almost every evening during the circuit breaker period,” recounts Zulayqha. “Coincidentally, it also coincided with the fasting month period, leaving me and my siblings having not much to do during lunch hours.” 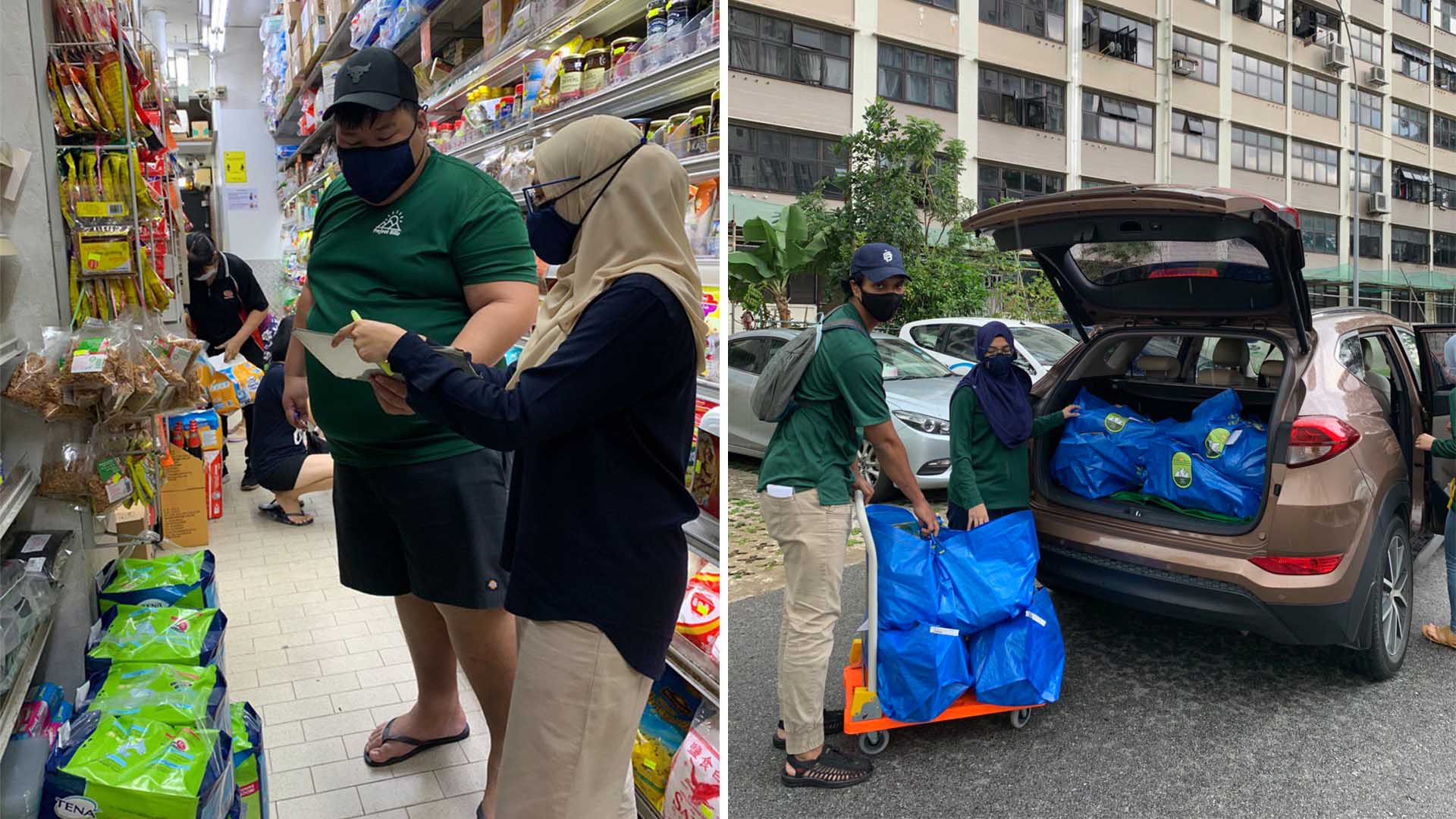 “It was difficult seeing neighbours being retrenched,” she says, after describing how she and the other volunteers, who mostly consisted of family and friends, would purchase perishable items in batches.

“Our small group of no more than ten was resolute in identifying those who were hit hard and offering help by providing them with essential household items to alleviate some of their financial woes.”

What started in Queenstown with just handful of volunteers has since grown into a group of about 107 volunteers supporting families living in public rental housing estates around Mei Ling Street, Stirling Road, and Kim Tian Place. Volunteers range from youths, to working adults, to even those pursuing their Master’s degrees and PhDs.

She hopes that in the future, Project Hills will be able to bring its services to other neighbourhoods, allowing volunteers to be embedded in the rental estates near where they live. But for now, with a team of 50 carrying out various roles and responsibilities, Zulayqha and her siblings are focused on raising funds for projects, which include providing food and cleaning services to those in need. 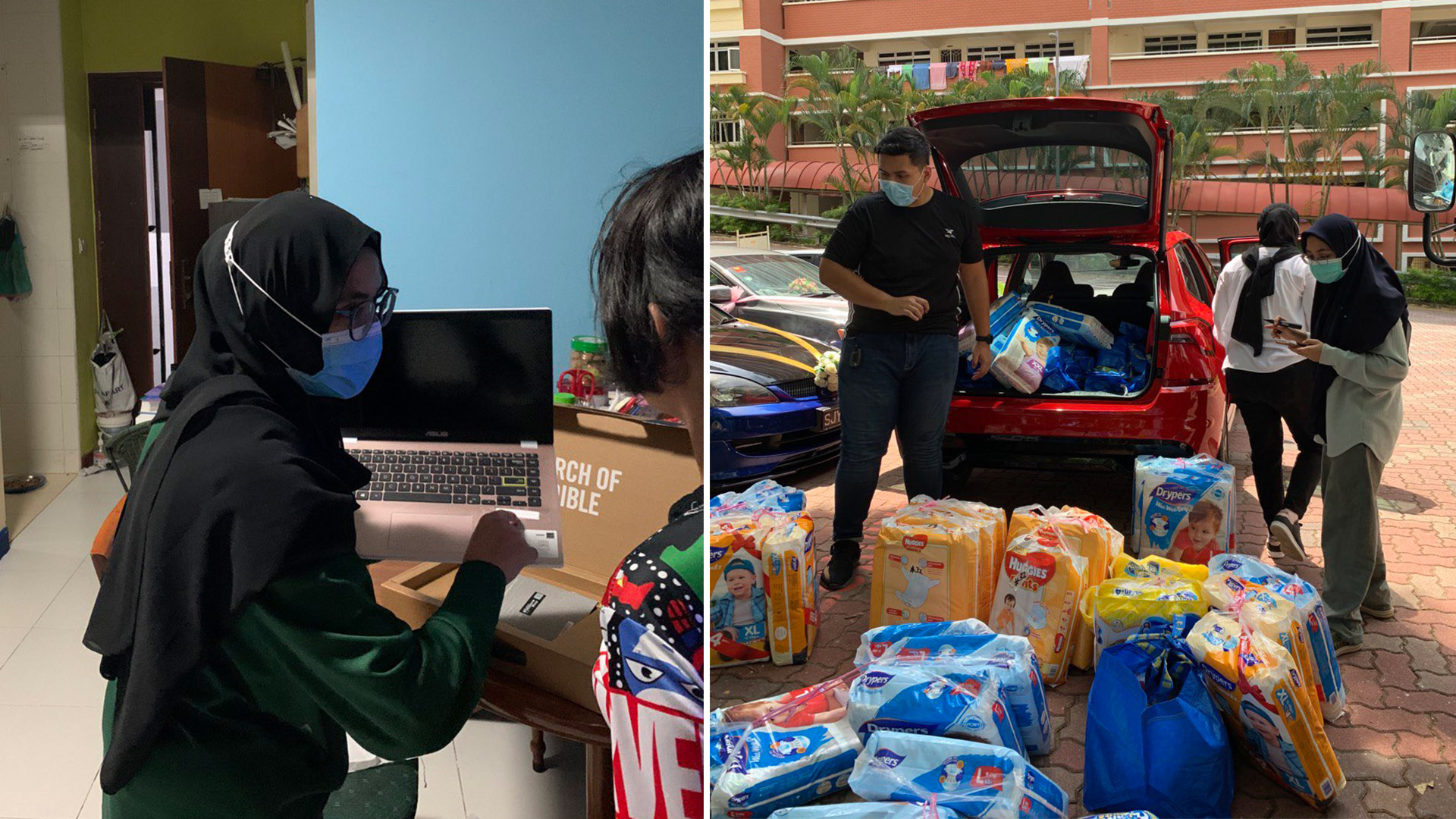 Zulayqha’s passion for helping others started long before 2020. In fact, she’s been involved in grassroots work since she was nine years old.

“This was made possible because my mother was a grassroots leader herself for over 15 years,” Zulayqha explains. “She never fails to bring my siblings and I for any sort of community engagement to expose us to volunteer at a young age. At that point of time, my mum brought us to several rental flats within the area that she serves, and we saw how privileged we are to be properly clothed despite our financial struggles.”

But things took a challenging turn when Zulayqha’s parents divorced. Although she was still a teenager, Zulayqha and her three siblings were temporarily left without a place to live. They also had to support themselves financially. For a period of time, Zulayqha took up the mantle as her household’s sole breadwinner.

“I decided to pursue social work because I did not want those who face the same or similar situation as me to go through what I had to go through in life,” Zulayqha says. In spite of the day-to-day challenges, Zulayqha worked hard in her studies, using the scholarship allowances she earned throughout ITE and polytechnic to help provide for her family.

As the co-founder of Project Hills, Zulayqha works hard to not only support other families in need, but to build people’s trust in the organisation.

“Raising funds and getting people to understand our social causes was hard because we are not a registered charity/entity, leaving people to doubt our credibility,” Zulayqha says. “What did not help either is the fact that my siblings and I are often viewed as a bunch of rebels or anti-government. This was not the case because all we wanted was to be the bridge to people and social service agencies.”

During one outreach event, Zulayqha saw a mother hanging a disposable diaper outside of her unit. Soon after, she learnt that the woman didn't have the finances to purchase new diapers, meaning she would have to rinse and reuse the disposable ones. Incidents like this taught Zulayqha to grumble less, and yet have clearly invigorated her sense of urgency to do something for the families around her.

At the same time, Zulayqha doesn’t want to impose. She and her team offer resources to their beneficiaries, but they provide them more as an alternative to what they already have, than as a forcible replacement. “For me personally, I do not see myself as someone who brings in change, but rather, works around their means to allow them to progress at their own pace.”

Daughters Of Tomorrow is currently raising funds to help empower more women and families in Singapore. Visit their Giving.sg site to learn more