If the Porsche Macan is the gateway to sporty SUVs, then the more powerful Macan S is one of the surest ways to lure drivers searching for a high-performance machine.

In Singapore, the S variant is the “middle child” of the Macan family, sitting between the base Macan and range-topping Macan GTS.

But as we shall soon see, there is nothing “mid-range” about this mid-tier model. 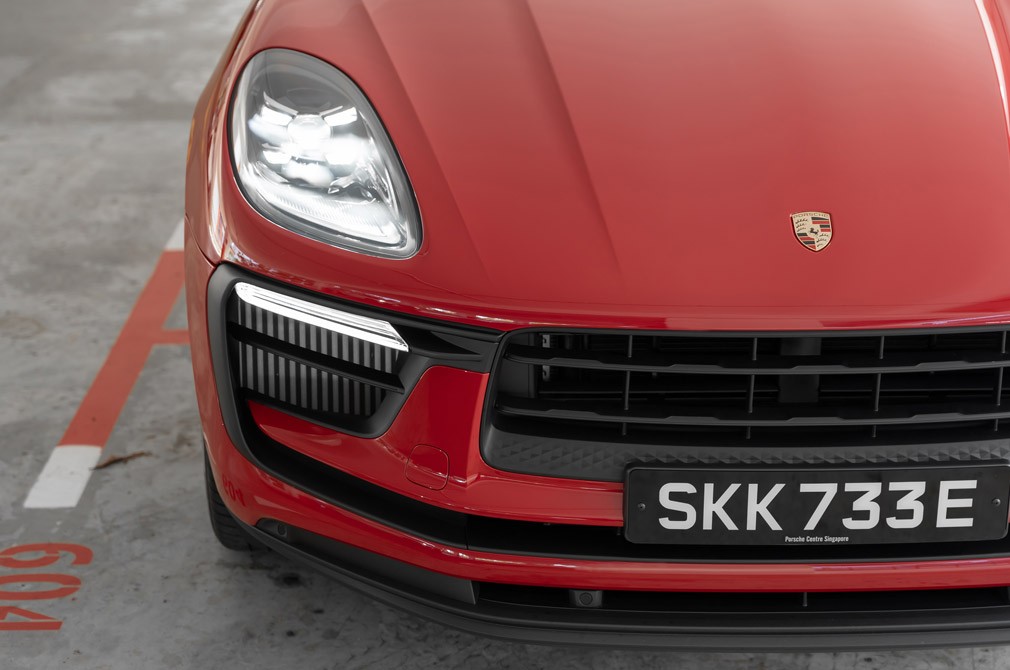 Like the Macan, the Macan S has been facelifted. Its new equipment includes revised front and rear bumpers, and standard LED headlights equipped with Porsche’s Dynamic Light System.

You can tell that there’s something special about this model even before you see its badge.

Compared to the Macan, the S model has much larger front air intakes – indicating its greater need for cooling – and quad-exhausts instead of twin exhausts. 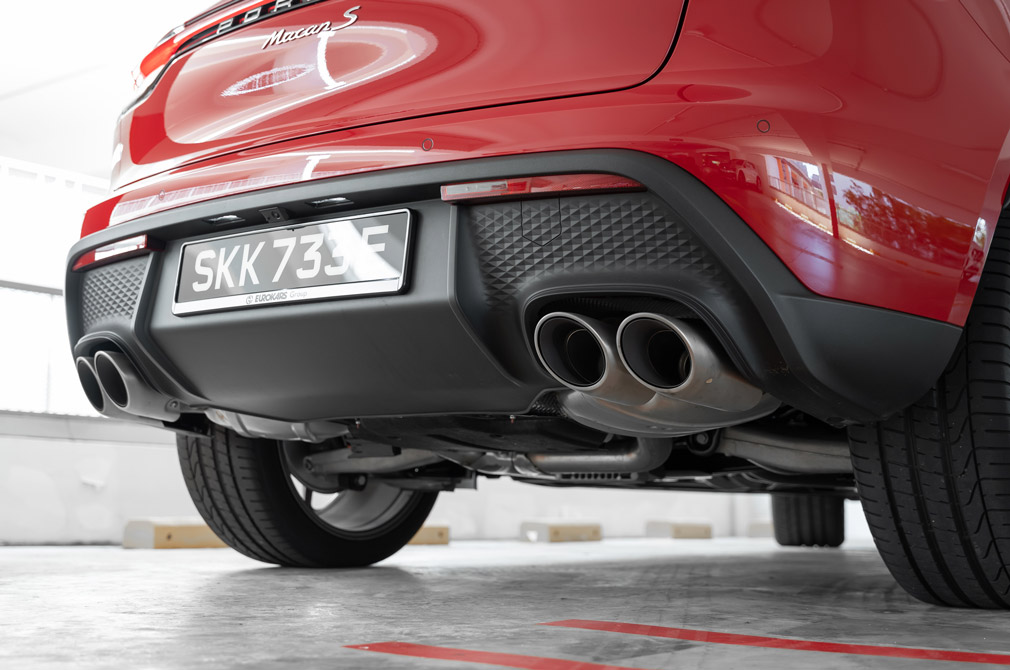 Along with larger standard 20-inch wheels, the Macan S hints at its capabilities, even while standing still.

Slide behind the wheel, however, and you might wonder where the added sportiness has gone. I expected to at least see alloy pedals and perhaps some Alcantara, but there were none.

What you will find, though, is a snazzier-looking centre console with touch controls replacing actual buttons, and the same steering wheel as the 911, which comes with a drive mode dial.

This dial makes switching between drive modes instinctive, and its placement means you can reach it without needing to move your right hand too far. 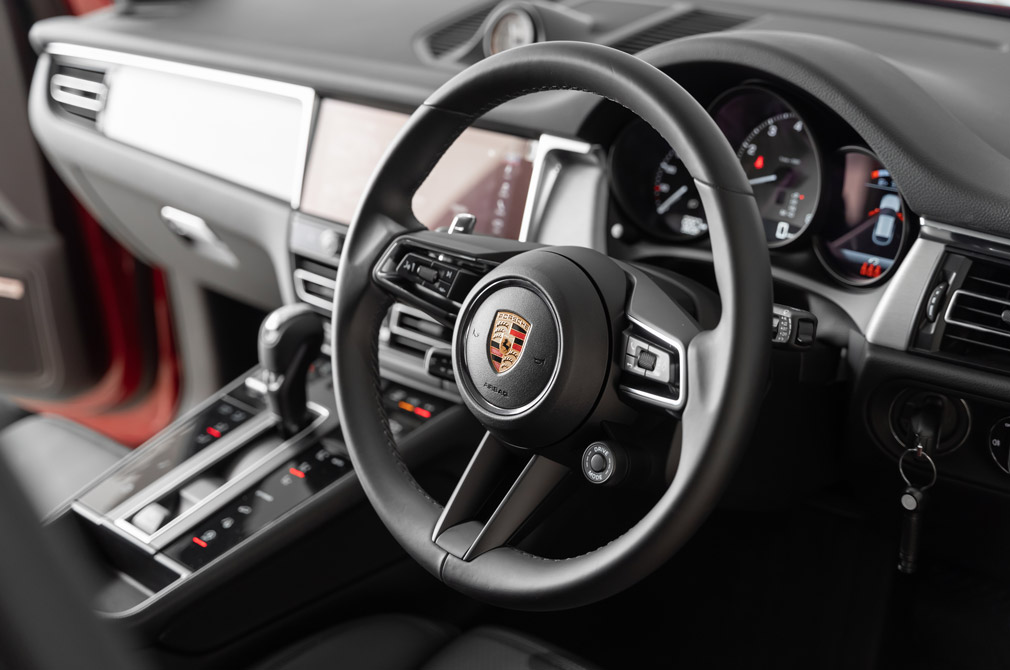 Keeping both hands on the wheel is key to enjoying what the Macan S offers.

Its twin-turbocharged 2.9-litre V6 now kicks out an additional 26hp for a total of 375hp (380PS), which arrives at 5200rpm. And with 520Nm available from 1850rpm, there’s enough low-end oomph to overcome the Macan S’ rather portly two-tonne mass.

This is part of the so-called “magic”. Porsche engineers have somehow been able to stretch the laws of physics, for the Macan S behaves like a smaller hatchback instead of an SUV. 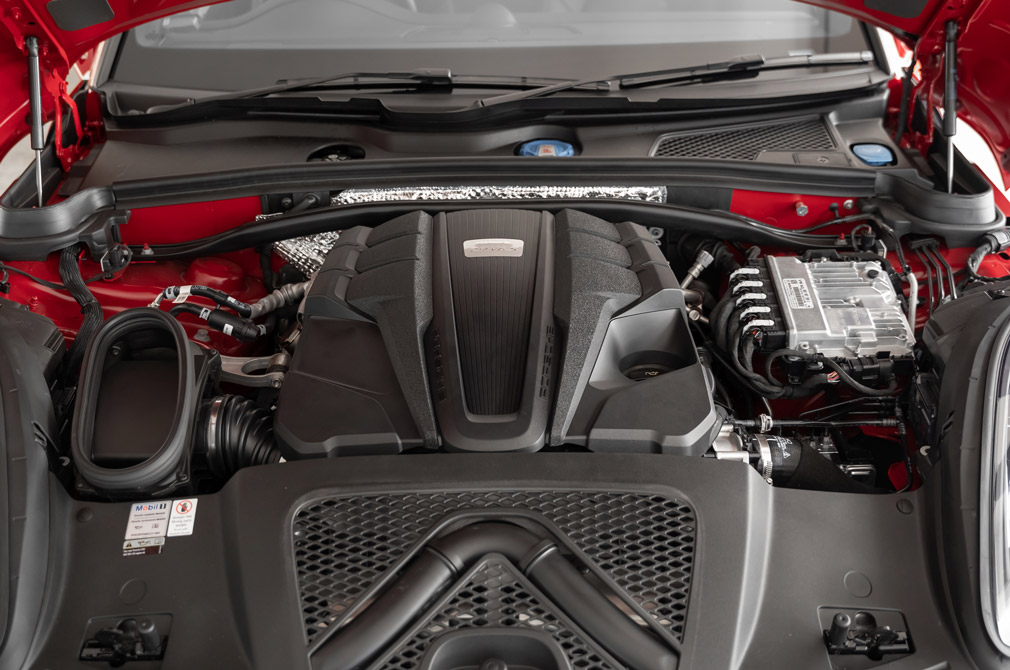 It goes from a standstill to 100km/h in 4.8 seconds – 4.6 seconds if you’ve paid extra for the optional Sport Chrono Package. And unlike the quieter 2-litre Macan, the S model sounds the business, with throaty vocals to accompany the acceleration and gearchanges.

With the drivetrain and dampers in their sportier settings, the Macan S dives into corners, eagerly displaying its dynamism to the driver. Yes, the taller ride height means the car leans, but it’ll stick to your chosen line with little fuss.

While less-sporty competitors might be running wide at this point, this Porsche still feels surefooted – almost as if it’s egging you on and asking for another round. With controlled movements, both the car and the driver feel more confident.

Complementing this is the weighty helm, which offers decent feedback, along with the strong brakes and sticky Pirelli P Zero tyres, which help enhance braking. 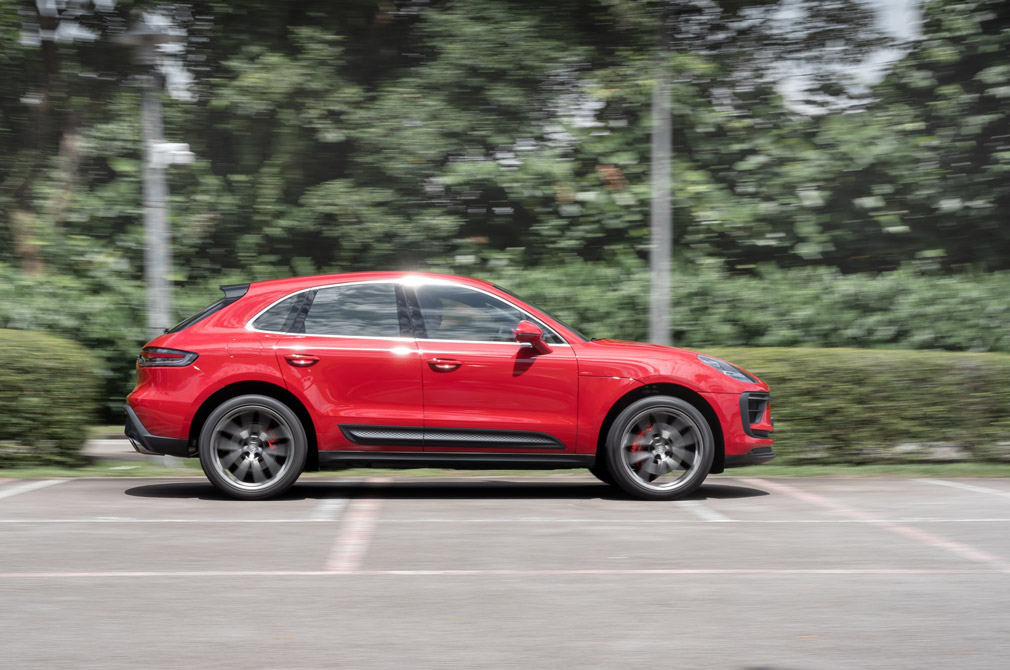 This generation of Macan is probably the last one to be solely available with internal combustion engines. The succeeding model is likely to be electrified (mild hybrid, hybrid or plug-in hybrid) or perhaps even full electric.

That means these models are becoming a rare commodity. They won’t disappear just yet, but we all know the countdown has begun.

That may be the ultimate lure for a keen driver in search of a high-performance SUV. 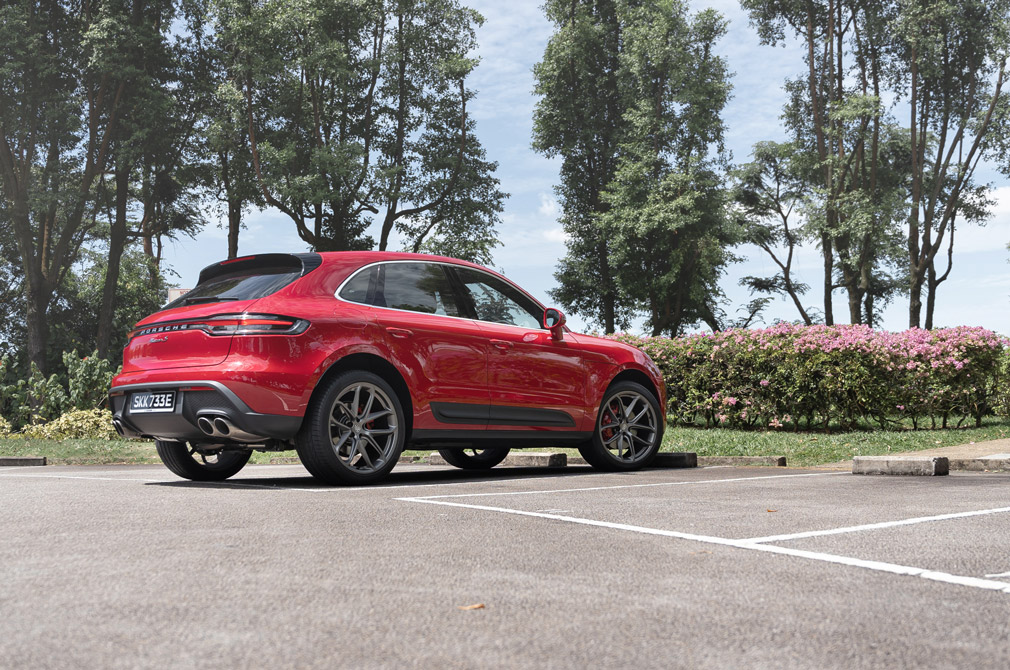