PCOS affects 10% of women of reproductive age; how to tell if you have it Victoria Beckham was diagnosed with PCOS while trying for her fourth baby. The condition affects 10 per cent of women of reproductive age.
PHOTO: Karwai Tang
PUBLISHED ONDecember 21, 2021 3:51 AMBy Sasha Gonzales

At 17, Malaysian Deena Marzuki was diagnosed with PCOS, or polycystic ovary syndrome. Her periods became irregular and she struggled with problems ranging from excessive hair growth and mood swings to fatigue, migraines and weight gain.

Her doctor gave her birth control pills to counteract the hormone imbalance, but the medication didn't help.

"Even though I was physically active and eating very little, my weight continued to creep up, which bothered me," says the now-32-year-old social entrepreneur, who lives in Kuala Lumpur.

"Between 17 and 23 I took illicit drugs, hoping they'd help me stay slim. Within months of losing my addiction and quitting those drugs, my weight ballooned from 49kg to 130kg. It was a frustrating time.

"Going on fad diets didn't help. I even tried alternative treatments like hypnotherapy and acupuncture , but the weight just piled on. In 2014, I became severely depressed."

Her mood swings affected her daily life and ruined some of her closest relationships. "I'd get angry for no reason. People called me crazy and dramatic and cut me out of their lives. My ex-boyfriends thought I was psychotic," she says. 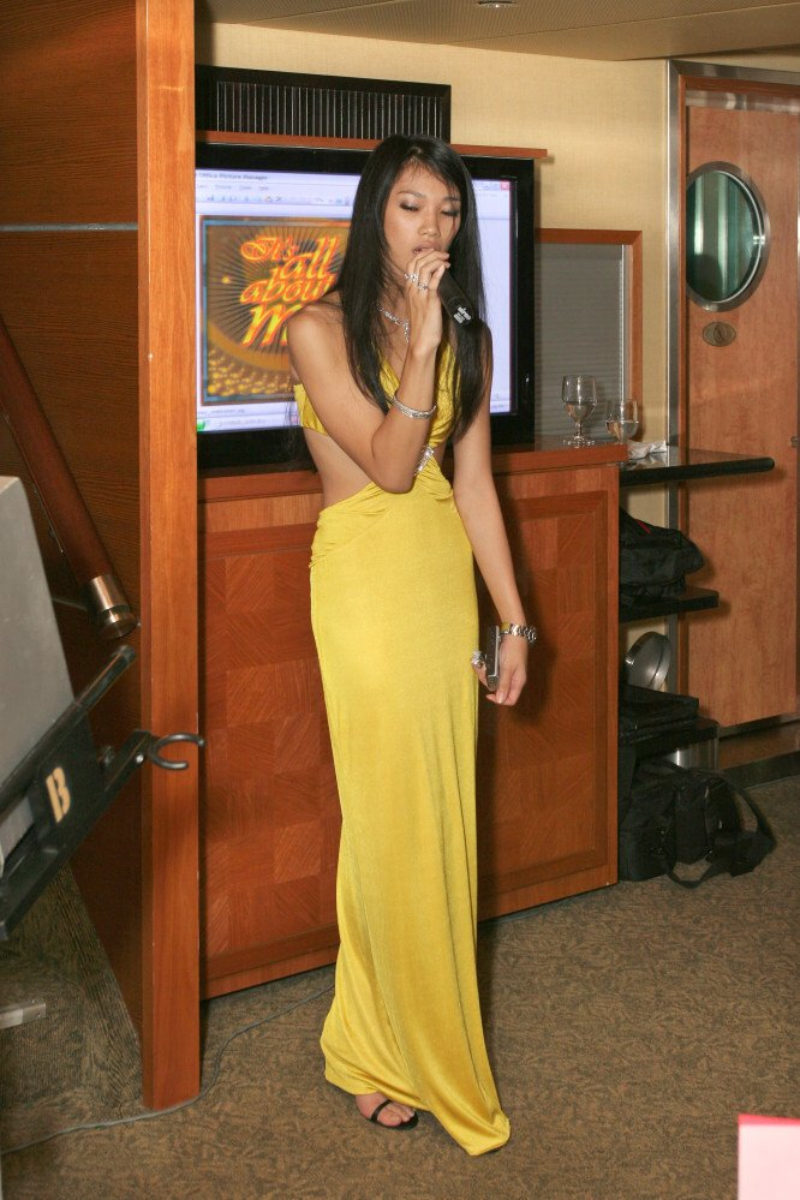 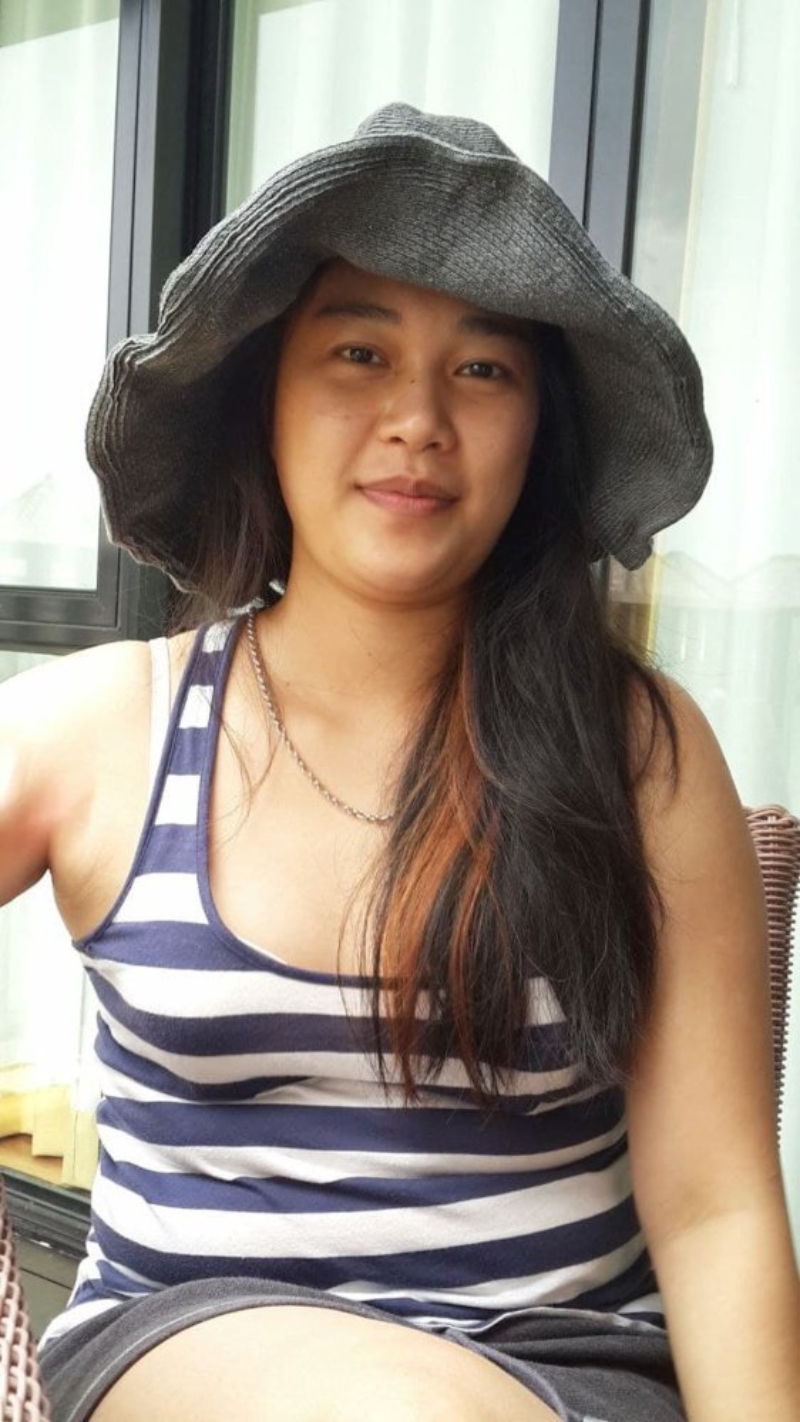 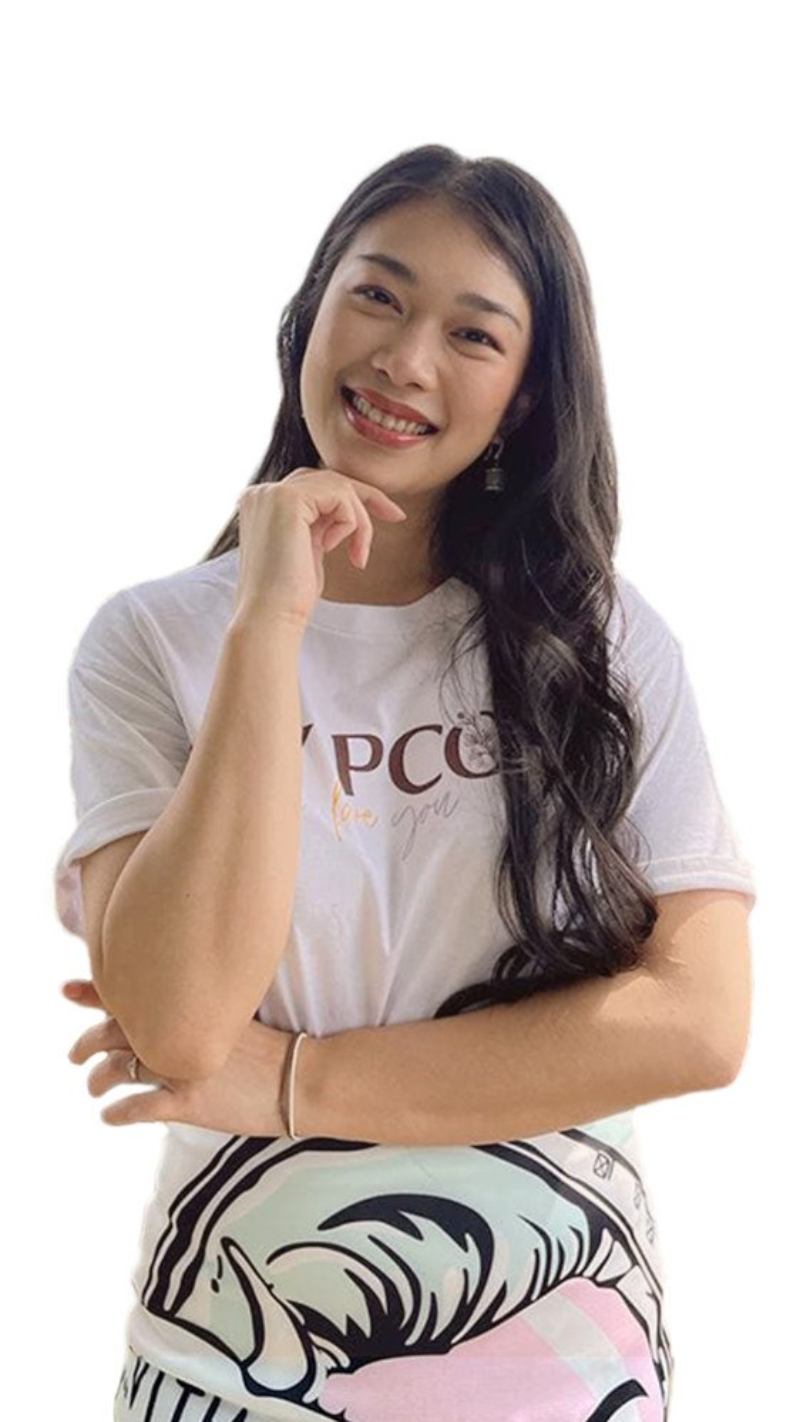 The fatigue was also debilitating; some days, Marzuki couldn't get out of bed and had to call in sick at work.

The condition is caused by hormones in a complex interplay between genetics and environmental factors that is not yet fully understood; however, it does tend to run in families.

Hallmarks of PCOS include high levels of testosterone, also called hyperandrogenism, which can cause acne, oily skin, male pattern hair loss and excessive hair growth on the face and body; irregular or absent periods, which may result in infertility; and cysts on the ovaries.

"The cysts are actually little follicles containing an egg which have failed to develop properly, so pelvic pain is not usually a feature of PCOS in the same way that it might be with larger ovarian cysts that may twist or rupture," Hutchins says.

PCOS may also increase a woman's risk of anxiety and depression, but it's not known whether this is due to the disease itself or the symptoms it causes. Infertility, acne, hair loss and excessive hair growth may all negatively impact a woman's emotional health. 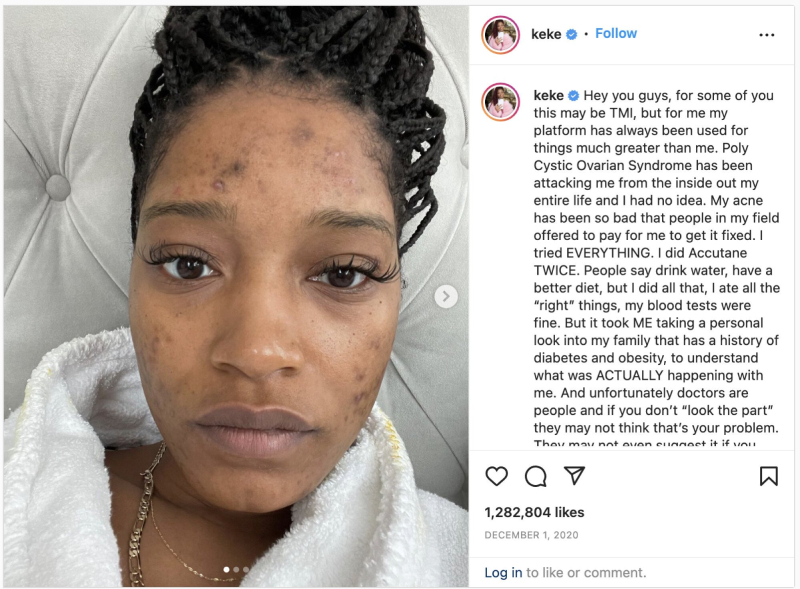 Several celebrities with PCOS have discussed living with the condition. In a December 2020 Instagram post, American actress Keke Palmer talked about — and shared photos of — her PCOS-related acne flare-ups, saying she'd tried almost everything to minimise the breakouts.

Ex-Spice Girl Victoria Beckham was diagnosed with PCOS while trying for her fourth child. In an interview with the defunct British entertainment magazine Now , she said that she felt pressure to conceive, yet most people didn't know that she was struggling with infertility at the time.

It may take years to be correctly diagnosed with PCOS. This is partly why so many women with PCOS symptoms feel helpless and alone.

Hutchins says: "Due to the varied ways in which PCOS manifests, women may end up seeing multiple health care professionals before a diagnosis is reached. For some, this can take up to two years, and this delay may have a negative impact on their quality of life." 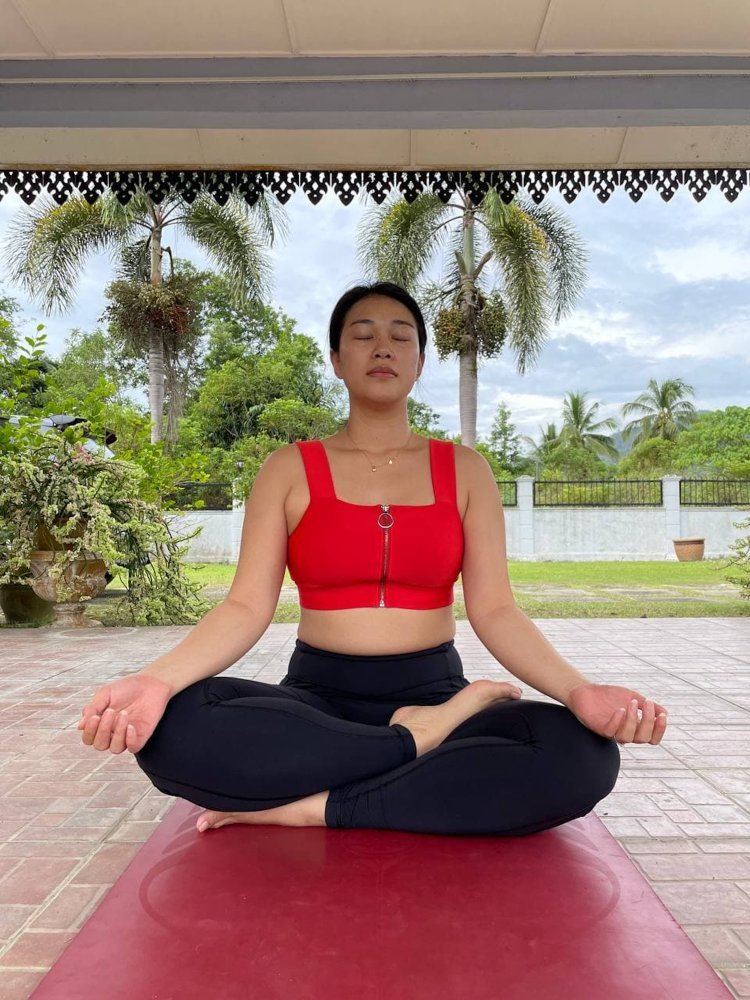 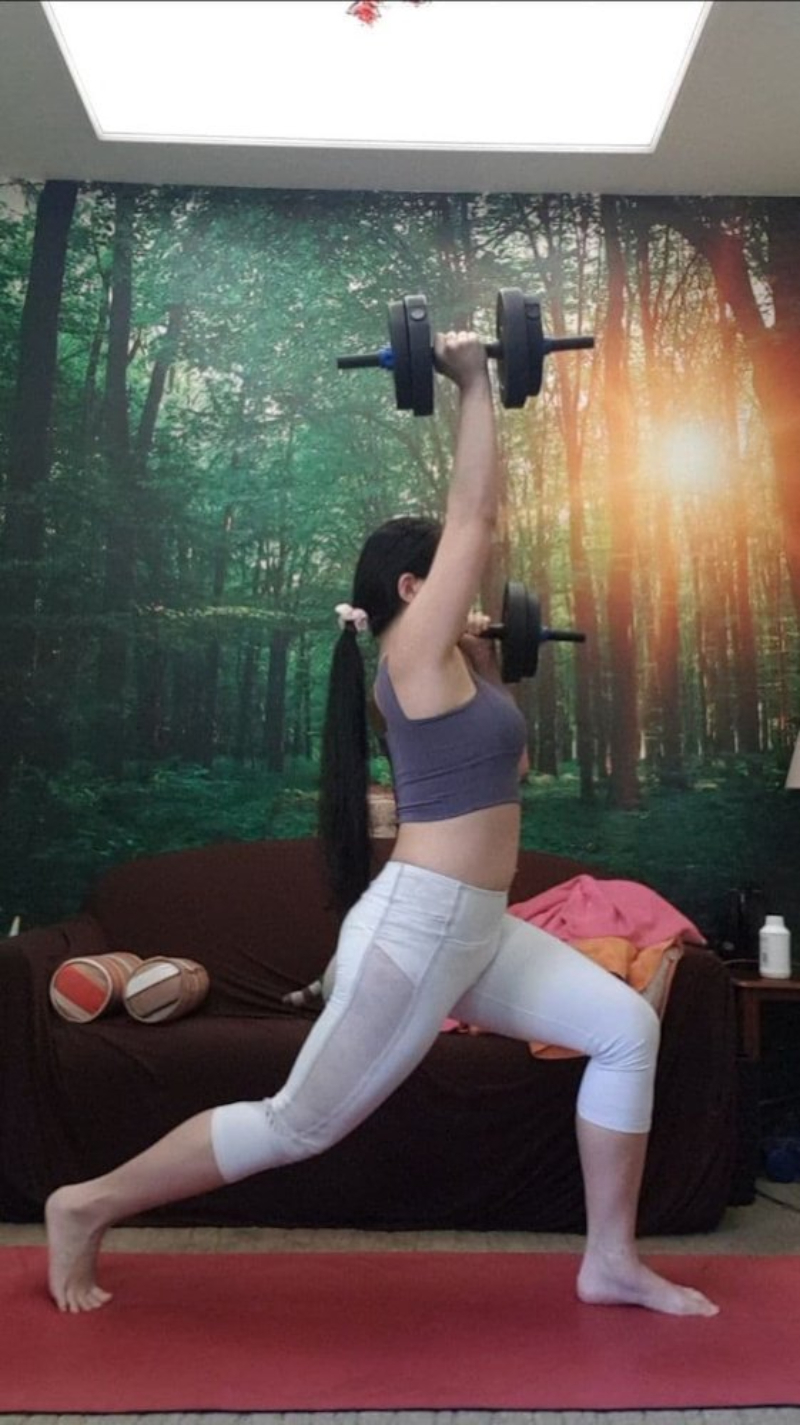 PCOS is associated with a range of health problems. Metabolic abnormalities such as obesity, insulin resistance, Type 2 diabetes and hypertension, for example, are more common in women with PCOS. Women should therefore be regularly screened for these conditions and try to modify their risk factors for these by making lifestyle changes.

Women with PCOS also have higher levels of oestrogen, causing the lining of their womb to become abnormally thick, Hutchins adds.

"If not managed, this may increase their long-term risk of endometrial cancer (cancer of the womb). Using hormonal contraception prevents this abnormal thickening."

When Marzuki was diagnosed with PCOS, her doctor told her that she wouldn't be able to fall pregnant, but in June 2020, she conceived naturally. Her happiness was short-lived, however, as she miscarried soon afterwards. The experience pushed her into overhauling her lifestyle.

"While I was pregnant, my weight shot up from 76kg to 85kg in a week because I didn't monitor what I ate. After the miscarriage, I decided to turn my life around. I started lifting weights and doing yoga, Pilates and cardio workouts.

"I also minimised my intake of gluten and dairy, which I'd read caused inflammation, and took supplements like vitamin D, zinc and magnesium. To manage stress I practised breathing techniques and made sure I got sufficient sleep every night. It wasn't long before I started feeling better."

"Even a five to 10 per cent reduction in body weight can restore normal ovulatory periods and fertility and reduce androgens. Given that women with PCOS have insulin resistance, a diet very low in refined sugars and carbohydrates seems to make sense intuitively."

Medication can also help with PCOS, but it depends on the woman's situation, says Hutchins.

Among common treatments for women with PCOS not wanting to conceive is the oral contraceptive pill. Women who do not want to or who are unable to take hormonal contraception may use the diabetes drug metformin to help restore ovulatory function and improve insulin sensitivity and glucose metabolism.

This September, Marzuki partnered with Stephanie Yang and Ili Sulaiman, two other Malaysian women with PCOS, to launch My PCOS I Love You, an organisation dedicated to supporting PCOS sufferers and their loved ones.

Working with health and fitness professionals, they guide women with PCOS who want to change their lifestyle habits or try alternative therapies. Their website also features stories of "cysters" — other PCOS sufferers — to let women know that they're not alone.

Marzuki no longer takes medication for her PCOS. There are no more small cysts on her ovaries, the migraines she used to experience are gone, her menstrual cycle and hormone levels are back to normal and she weighs a healthy 70kg. She credits her lifestyle changes with helping her get this far.

"PCOS has no cure. I know that symptoms may return if I let go of my healthy habits, so I try to be disciplined about maintaining my current lifestyle. Of course, I do slip up sometimes, but when that happens I don't dwell on it and keep moving forward.

"After 15 years of living with PCOS I'm the healthiest and happiest I've ever been. I never thought I'd see this day, but I worked really hard to get here," Marzuki says.