When countries began closing borders and implementing travel restrictions, many Singaporeans had to either postpone or give up their travel plans, including students who planned to study overseas.

Even with the Vaccinated Travel Lanes (VTLs), almost 75 per cent of people polled said that they wouldn't take the opportunity, citing high costs and safety concerns.

However, as countries start opening back up and travel restrictions continue to change, some students are determined to pursue their studies abroad.

Desiree Cho, a psychology student at University College London (UCL), has been treating her journey in London as an extended holiday, relishing personal joys like cooking and studying.

The 20-year-old told AsiaOne, "I thought that I would be quite anxious about moving alone because it's a foreign country and there's a lot of formal matters to settle. Deep down, I was worried and anxious.

"I tried not to think about how I would potentially be lonely or distressed. Instead, I just focused on my excitement and tried to be positive."

Aside from her travel woes, another huge concern was healthcare.

"My greatest difficulty was being alone when I was facing stomach problems," said Desiree.

"Usually, I can rely on my family to take care of me when I'm sick, but in London, I was wholly in charge of taking care of myself and tasks like cooking, cleaning, attending school and running errands. Naturally, I also missed the company of family a lot when I was sick." 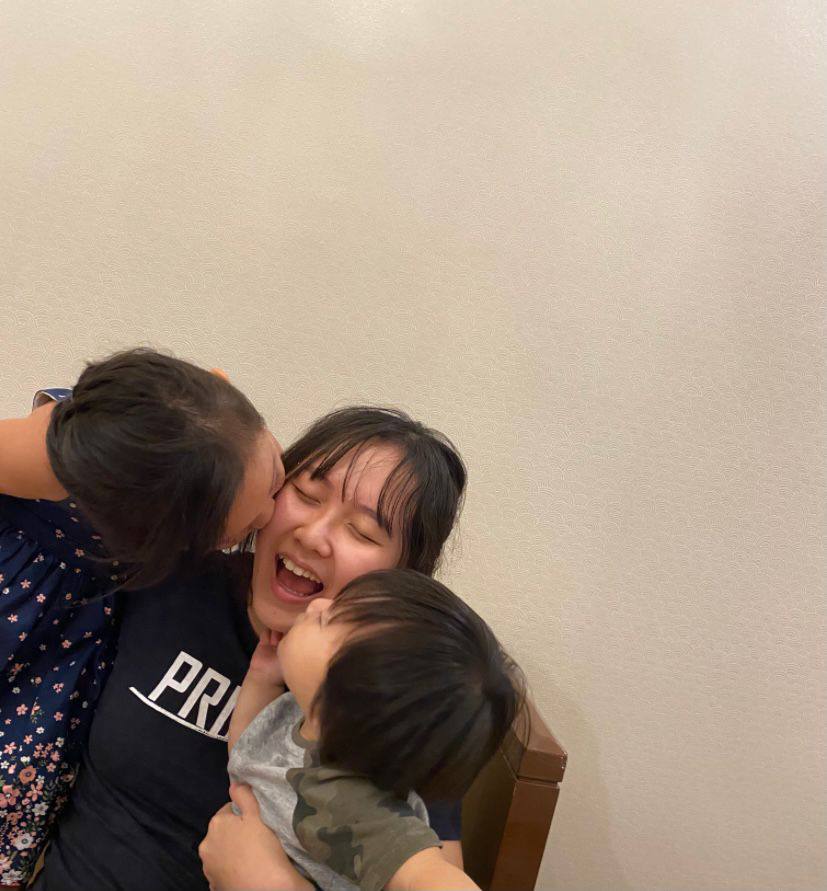 Fortunately, travelling back to Singapore hasn't been as much of a hassle for Desiree. Despite the changing travel restrictions, Desiree was able to return to Singapore recently via the VTLs.

"It was quite convenient because I only needed to do a polymerase chain reaction test right before departure and upon arrival," said Desiree.

"But it's a little more troublesome for my parents to visit me in London now, because there's a lot more hassle to travel out due to the changing restrictions for short trip durations. " 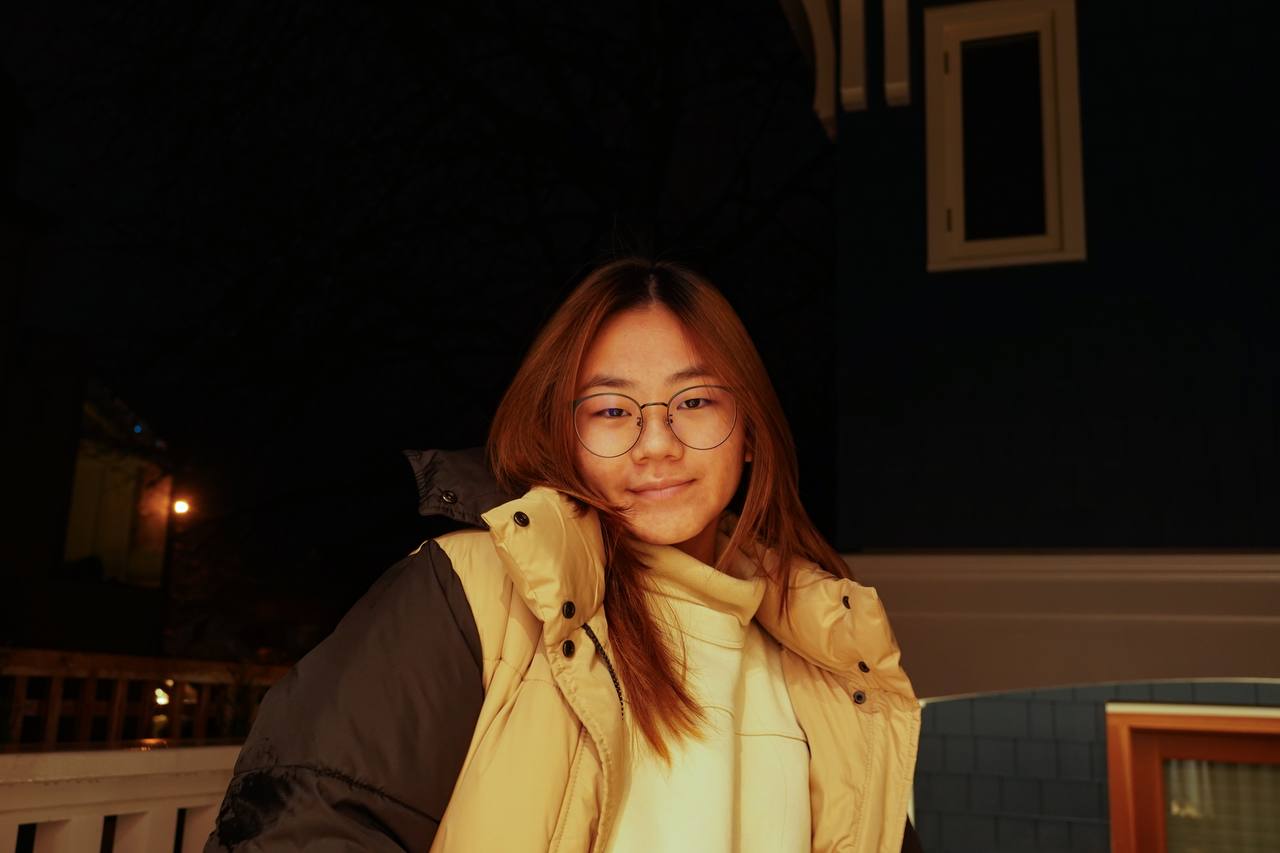 A film major at Simon Fraser University, Lau Xuan Wei finally departed for Vancouver, Canada back in September after a series of unfortunate events.

Although she was packed and ready to go one month prior, the 20-year-old ended up missing two weeks of classes when the processing of her student permit took longer than expected.

She shared: "Normally, it takes about three weeks, but because of the pandemic, it ended up taking 11 weeks to process. By the time I got my permit, I was two weeks late for school, so I had to immediately book my flight and leave within two days." 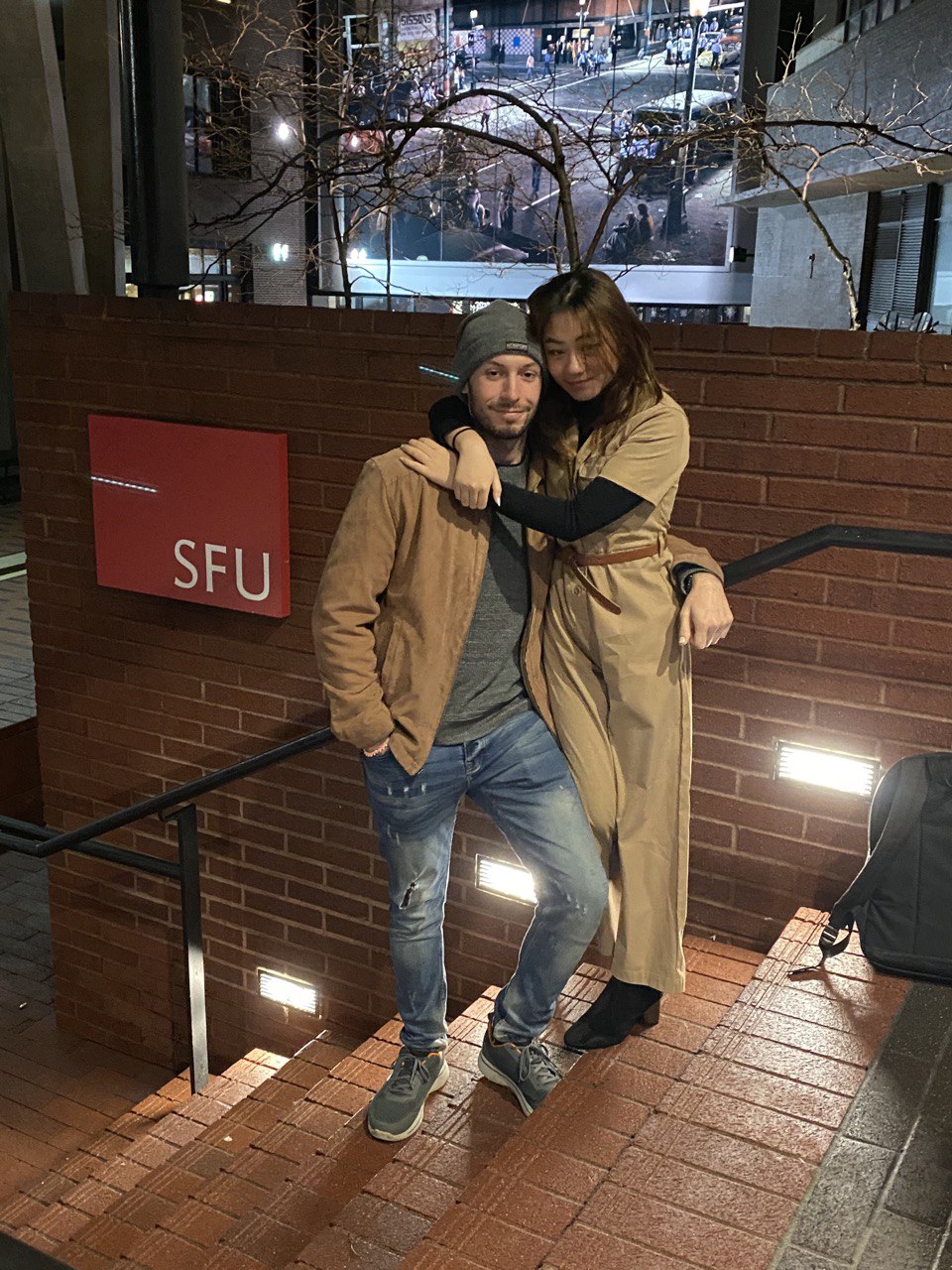 In spite of the hiccups before her arrival, Xuan Wei has been adjusting well, even managing to hone her cooking skills to avoid ordering in. But she's still facing some fashion struggles as it's "hard to nail fashionable looks and still be warm."

Xuan Wei also shared that even though Vancouver has a "very healthy number of Asians" moving to a western country still had her family concerned for her safety, as well as that of her brother, who is also studying in Canada.

"The pandemic brought a lot of racism towards Asians which did affect my decision," she shared. "My dad was especially worried about the racism because I'm moving to a country where I'm in the minority. Every day, he would check if there were any hate crimes happening in Vancouver and how often."

Studying overseas has been in the cards for a long time for 21-year-old Rijul Sharma, who is currently serving his national service.

Rijul, who's been planning on going to the United States since he was Secondary 4, said that his family has been a huge influence on the matter, especially his father.

"My family has been dead set on going to the States since 2016 because my dad, having worked there in the past, is a firm believer of the 'American dream'," said the 21-year-old.

But despite the early planning, the process has been long and hard for the family, especially when it comes to getting their green cards — which allow foreign nationals to live and work in the United States permanently.

"We applied back in 2016 and only just got our green cards confirmed," said Rijul. "We also had to go through many interviews with the US embassy which were sometimes postponed because of Covid-19 restrictions."

Although Rijul has yet to accept any university offers, he said he wants his choice of university to be affordable, situated in a good neighbourhood and one which will allow him to pursue a career in medicine.

However, the delays have not deterred his excitement one bit. He said, "For myself, I just wanted to get away from the hustle and bustle of Singapore and experience a fresh start in another country."

"I'm looking forward to independence and a fresh start in a foreign country… So going overseas, staying by myself and making my own financial decisions are very exciting for me."

Another student who shares the same sentiment is 20-year-old Rachel Lim, a veterinary science student at Australia's Murdoch University.

Planning to fly off in February next year, Rachel said she's looking forward to living independently, the beach, practical classes and, of course, working with animals.

Despite the hectic situation and setbacks from the pandemic, Rachel has been receiving tremendous support all around.

She said, "Overall the process has been pretty hectic… But I'm grateful that I've received a lot of support from the university, my seniors, university application agents, as well as my parents."

"They scheduled extra practical sessions for us in 2022 so that we would be able to catch up with the onshore students in our batch," she added.

"I was a bit worried that I'd be missing out on a ton but I'm thankful that my lecturers and unit coordinators have been very accommodating and supportive of offshore students, both in terms of curriculum and wellbeing."

'Everything about this is going to be a first for me': Winny Wint Htae, 20, Queensland University of Technology 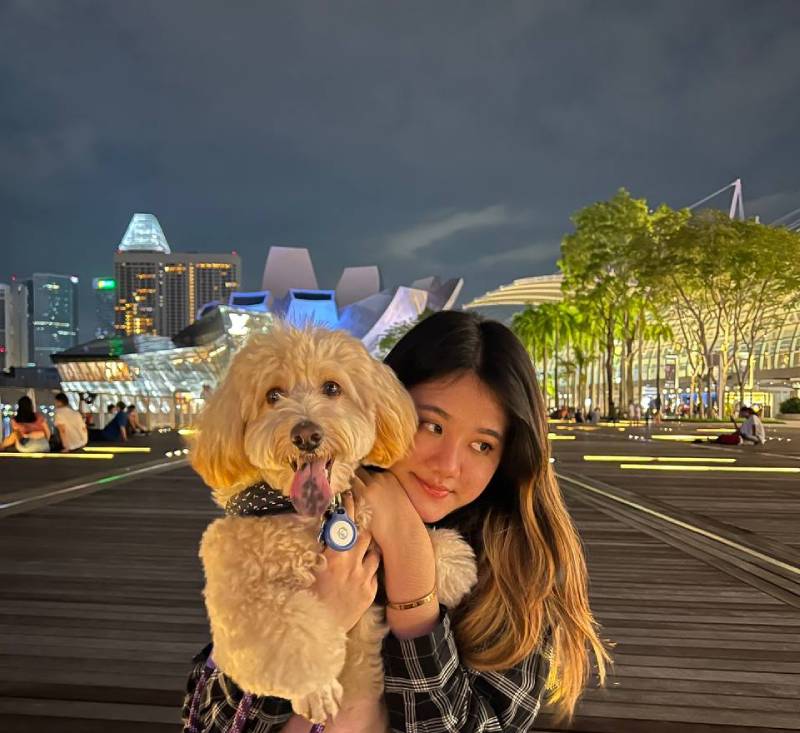 Although solo travels often sound liberating and freeing, it's been a huge hindrance mentally for Winny Wint Htae, from having to move alone to dealing with changing travel restrictions.

When the Omicron variant began causing alarm globally, the 20-year-old was concerned about "not being able to leave Singapore and having to start school online", but now just hopes that "the travel situation stays this way or improves".

The business and communications student is looking to book her flight to Australia in early 2022.

Winny said, "Everything about this is going to be a first for me, from taking a flight alone to moving to a whole new country by myself."

"Because my parents can't be away from home for too long, I'll have to travel to Australia and settle in by myself, which I'm quite nervous about." 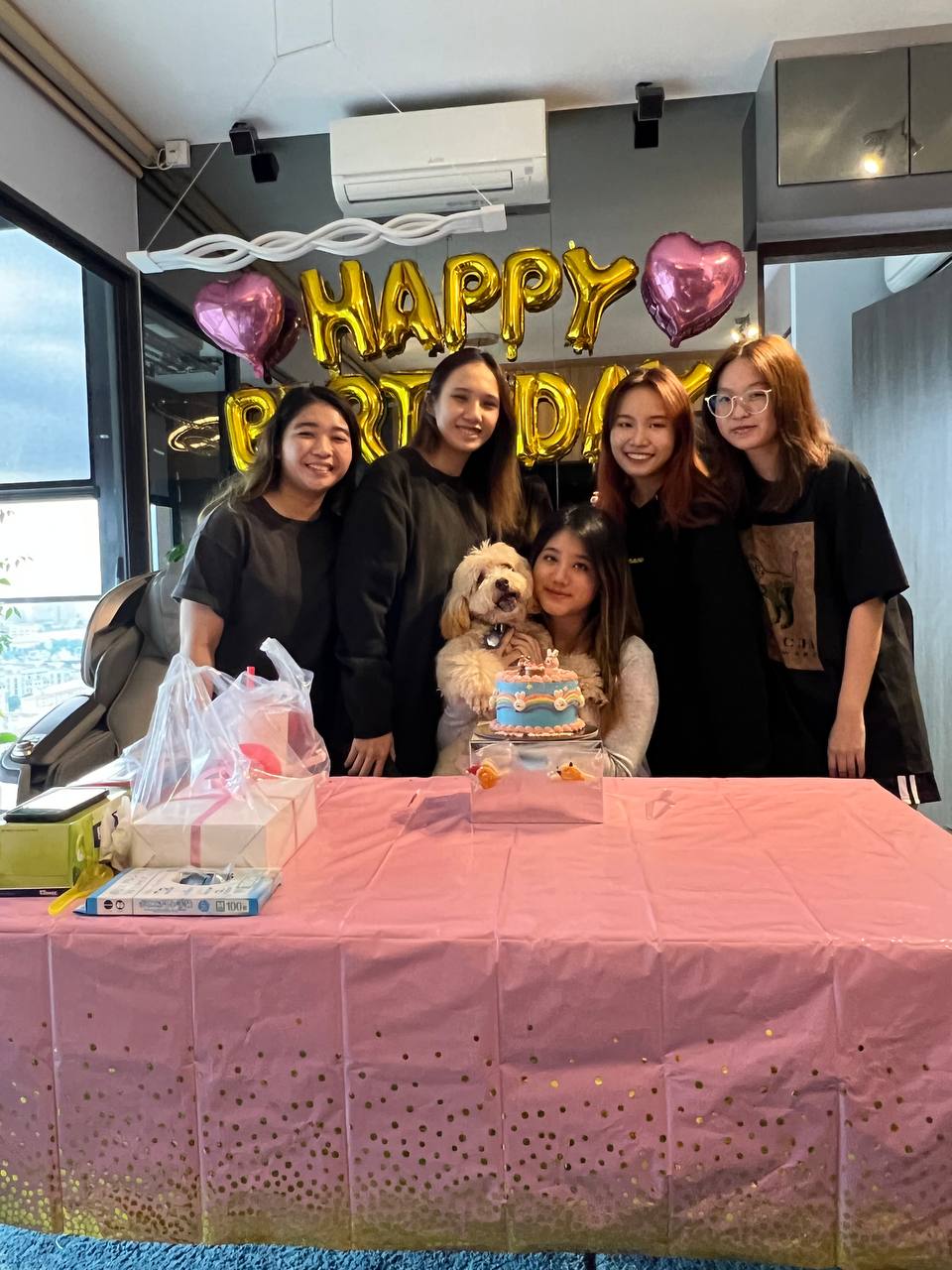 Although the prospect of living alone and being fully independent in a foreign country is daunting, Winny has been taking it in her stride and is excited about what's to come.

"I still think there are things I can learn by living alone, like being independent and taking care of my own finances. I'm also looking forward to experiencing life in another country with different cultures and people," said Winny.

"Honestly, I've just been telling myself: How bad can it be? Other people have done it so there's no reason why I can't!"