Mitsubishi has premiered the plug-in hybrid variant of the new Outlander. The new Mitsubishi Outlander PHEV brings together the firm's expertise in electrification and all-wheel-control technology into a spacious SUV body.

The drivetrain components of the new Mitsubishi Outlander PHEV have been completely updated. To begin with, the output of the electric motors has increased by 40 per cent.

The drive battery of the SUV has also been increased and now has a capacity of 20kWh. It can facilitate an all-electric drive range of up to 87km.

In line with this, the Mitsubishi Outlander PHEV's petrol tank has also been enlarged to increase its overall range. 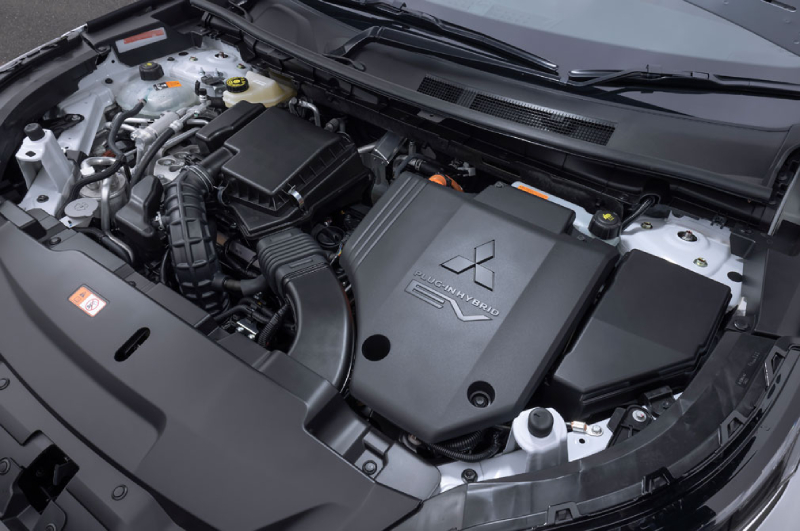 When the battery goes flat, you can rely on the 2.4-litre four-cylinder that produces 131bhp and 195Nm. Mitsubishi says the Outlander PHEV can achieve a fuel economy of up to 16.6km/L when driven in hybrid mode.

All that power will be put onto the road through Mitsubishi's Super-All Wheel Control all-wheel-drive system. In this Outlander PHEV, the system is upgraded with an additional brake Active Yaw Control function for the rear wheels.

This means the car is able to distribute driving force to the front and rear wheels optimally according to road and driving conditions.

Torque vectoring by controlling the brakes on the left and right wheels is also possible for the front and rear wheels.

Inside, passengers will find a horizontally sculpted instrument panel.

Mitsubishi says that the finely textured soft padding has also been utilised throughout this interior.

Meanwhile, the monitors and gauges are designed to be reassuringly easy to see. The selectors, dials and switches, on the other hand, have been designed to provide a confident grip and operation.