From Michelin-starred restaurants to a hawker stall: This chef whips up squid ink and lobster bisque pasta from $6.50 These days, you'd have to fork out a pretty penny to get a decent plate of pasta at most eateries.

But Nudedles.4, a humble hawker stall that opened on Dec 8 at Chinatown Complex Food Centre, is hoping to change that with its affordable but tasty offerings.

The stall's name is a fun play on two words — noodles and nudes. The owner, 27-year-old Clarence Chooi, tells AsiaOne that the word "nude" represents the plain pasta noodles that he hopes to spice up with his sauces and ingredients.

It's pretty unusual to see someone a young as Clarence helming a hawker stall, but he actually has almost a decade of F&B experience — at some pretty illustrious restaurants, no less — under his belt.

The journey to becoming a chef

Early on, Clarence had already thought that becoming a chef was a promising career option. So, in 2011, after his N levels, he enrolled in the Institute of Technical Education (ITE) College West, where he took up a Nitec course in Western culinary arts.

This in turn landed him an opportunity to train under the Institut Paul Bocuse programme in 2013, which only accepts a select few ITE students every year.

And while Clarence admits that the journey was no walk in the park — think long hours, being on your feet the whole day and infrequent meal times — he shares that these experiences helped mould him into the chef that he is today.

"Slowly, as I worked at different restaurants through the programme, it helped me to persevere more," he adds.

After completing his studies and National Service, Clarence began his hunt for a job, but this took quite some time as he "couldn't find a restaurant that [he] liked".

Thankfully, he eventually found himself a home for two years at Olivia, a fine-dining Spanish restaurant at Keong Saik Road.

However, all good things must come to an end, and Clarence eventually decided to leave Olivia in February last year.

But he didn't resign without a plan. For quite a while, he had toyed with the idea of pursuing his own F&B venture. He also wanted to chase his dream while he was still young.

"I don't want to try to start a business when I have many commitments like marriage, kids and family," he elaborates.

From acclaimed restaurants to a humble hawker stall 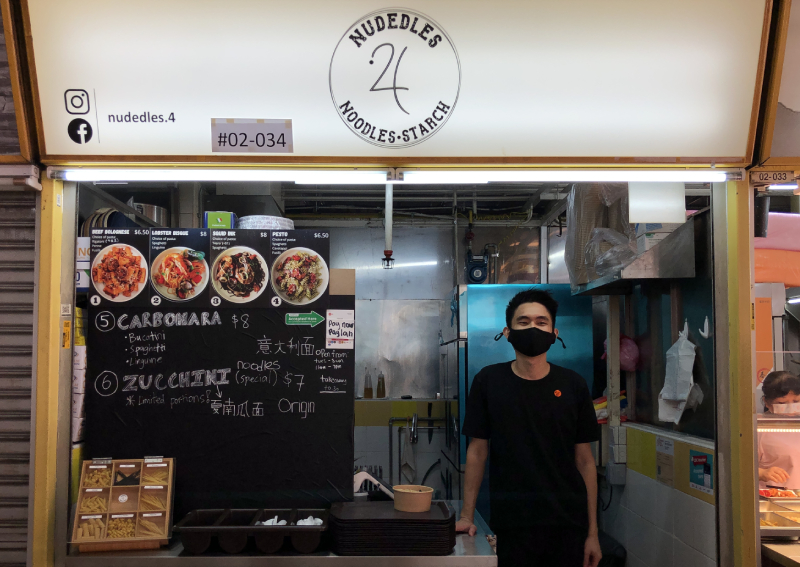 Understandably, the transition from restaurant chef to hawker was a big one. Clarence admits that there is a "world of difference" between the two.

But while some may assume that helming your own hawker stall is harder as compared to working under someone, Clarence disagrees. Even though hawker life is more fast-paced, especially during peak hours, he says it's less stressful. 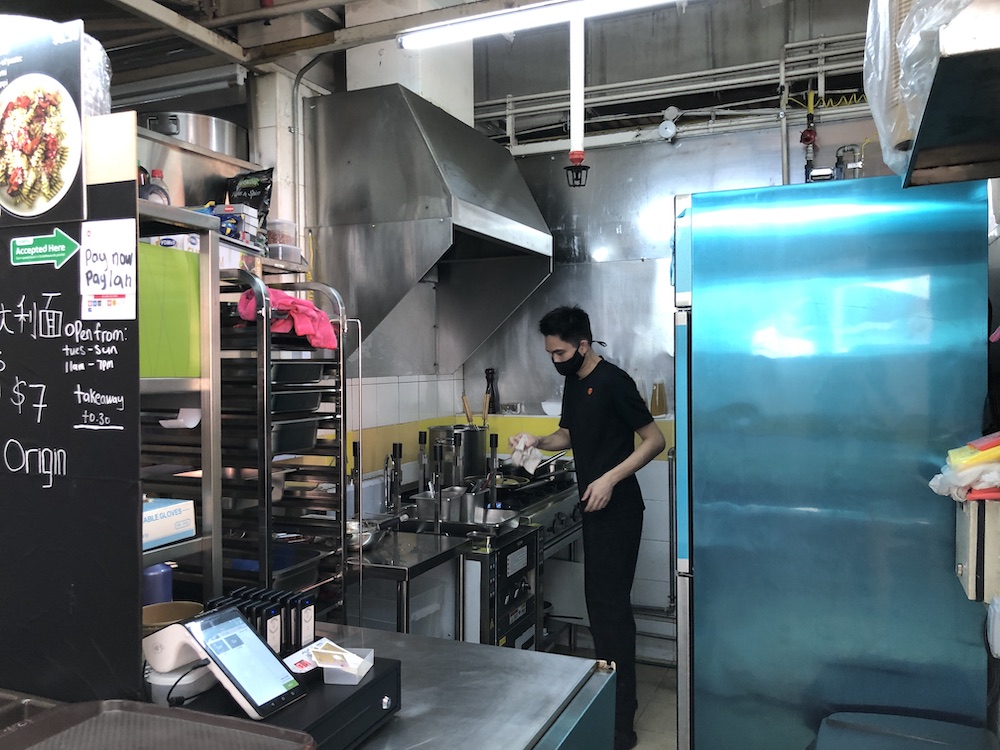 And now, since he is his own head chef, he gets free rein over how the food tastes and looks before it goes out to the customers, giving him one less thing to worry about.

Apart from getting used to the hawker grind, Clarence also had to come to terms with not receiving a fixed, monthly pay check. In addition, he now has more responsibilities on his shoulders such as rent and the cost of his own equipment and ingredients.

And that's not all. Starting his own stall also involved a hefty investment — he shares that he pumped about $30,000 into the business.

The money all came from his own pocket and was mostly saved up during his two-year stint at Olivia.

While money may be a taboo topic for some, Clarence isn't afraid to be candid. He explains, "It's good to let people know the real cost of setting up a hawker stall."

And while it does seem like things are going pretty smoothly for him as of now, the talented man still chooses to remain modest, maintaining that what he's achieved so far is nothing much to shout about.

"I always tell people that having a business is easy, but keeping the business going is the hard part," he humbly shares.

"For me, having a stall is not like, 'wow', because I look around me and there are also people who have stalls."

Nudedles.4 may be a hawker stall, but a quick glance through its menu reveals dishes that are typical of what you'd expect in a cafe or restaurant, such as lobster bisque ($8) and squid ink pasta ($8), minus the high price tags. 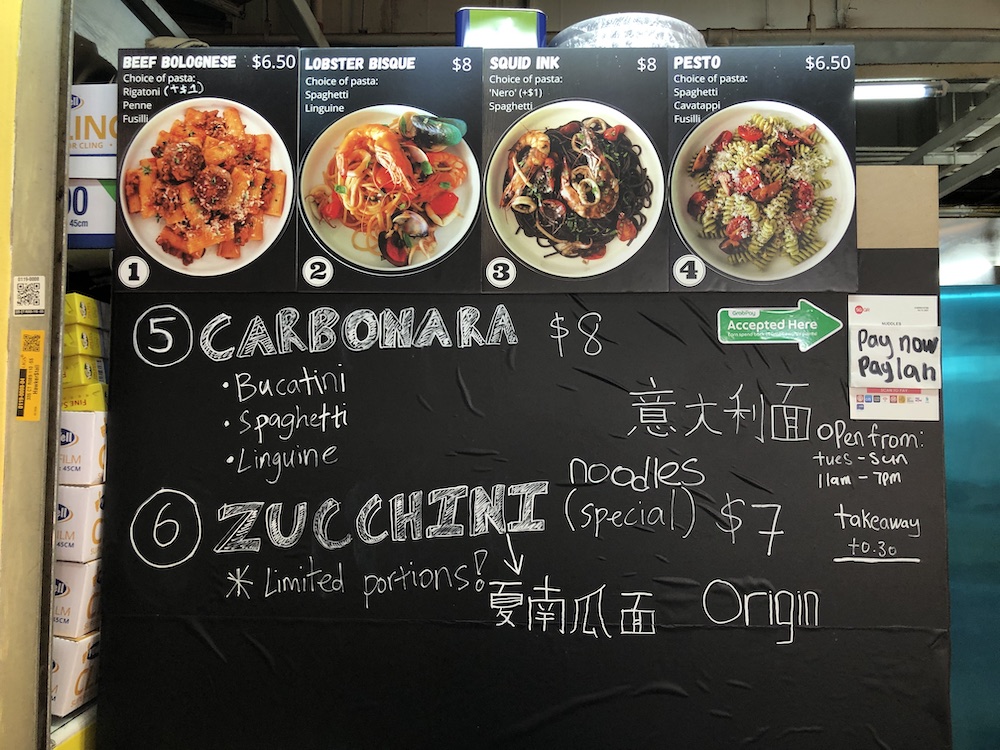 Interestingly, Clarence tells us that out of all the dishes, the beef bolognese is his top pick because of his mother.

"You know, for mums, when you cook something good, they'll tell you that you can open a store to sell it? So, following what my mum said, I put it as my number one item on the menu," he tells us with a hearty chuckle.

Those who frequent restaurants will know that Clarence is already selling his pasta at a steal. But unfortunately, he still receives the occasional complaint about his prices.

"Some aunties complain it's too expensive and tell me that my food should be priced below $5," Clarence shares. He also explains that for dishes like the Lobster Bisque and Squid Ink pasta, $8 is the "sweet spot" that's good for both him and the customer.

But this doesn't mean that Clarence cuts corners when it comes to ingredients. While he was still working at restaurants, he kept in contact with a handful of reliable suppliers that continue to offer him good deals for quality produce, allowing him to keep his menu prices affordable.

It may be affordable. But is it good? 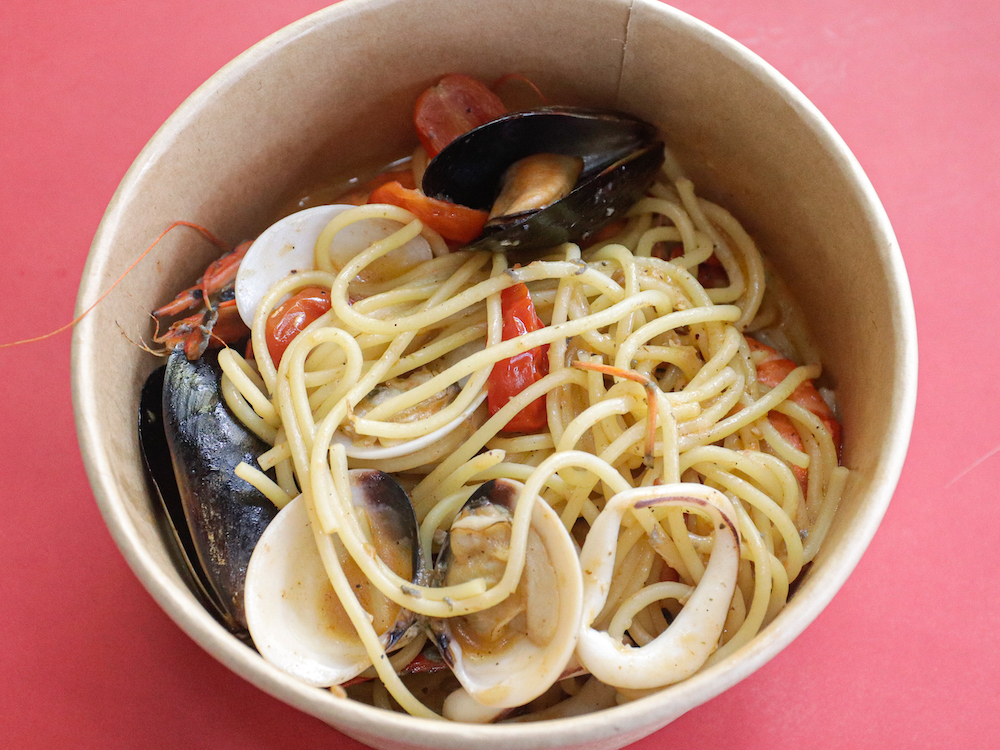 We couldn't resist ordering the lobster bisque for a taste test. And boy, were we blown away.

The al dente pasta was coated in a complex, umami-packed gravy that had a strong seafood flavour. Our bowl also came brimming with fresh, premium ingredients like mussels, clams, squid and prawns. 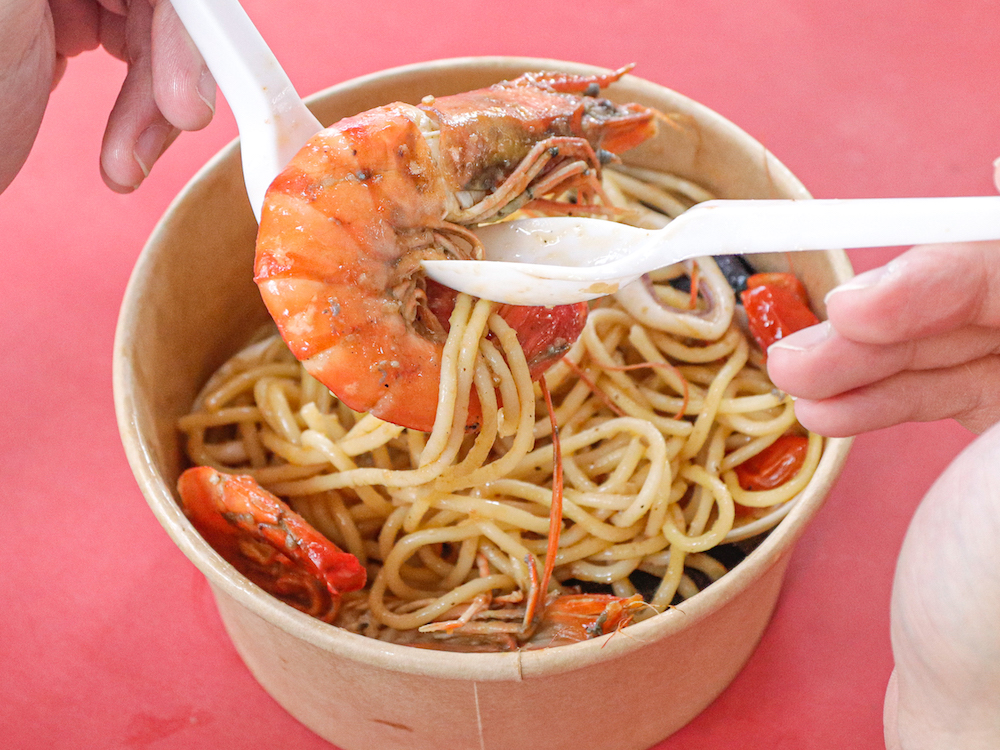 Pasta-wise, customers are also allowed to customise the dish with their choice of noodles. For the lobster bisque, you're given the option of spaghetti or linguine and we went for the former.

Other dishes on the menu come with other options such as penne, fusilli, cavatappi and rigatoni.

Our final verdict? Nudedles.4's pasta tasted like something out of a fancy restaurant — definitely worth every penny we paid, and then some.