Mercedes-Benz has launched their new C-Class in Singapore, which for the first time, is electrified throughout the model range thanks to mild-hybrid and plug-in hybrid options. The C-Class is one of the most popular Mercedes-Benz models in Singapore and potential customers have much to look forward to.

All cars in the C-Class line-up now feature a 48V mild-hybrid system with an integrated starter-generator as standard and a plug-in hybrid model will be available in the next few months.

Until that arrives, Mercedes-Benz is offering four models, the C180 and C200, both available in either Avantgarde or AMG Line variants. 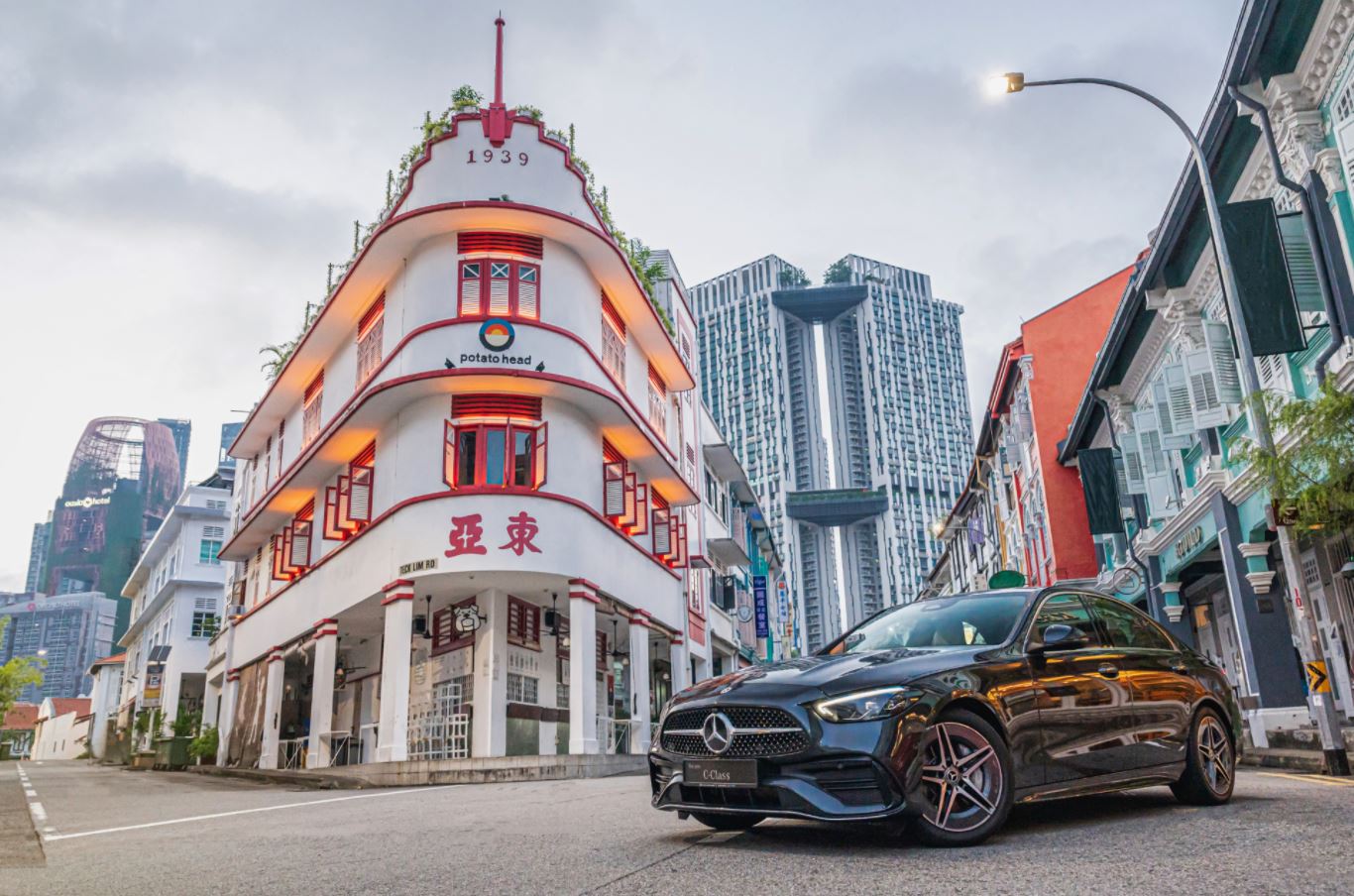 The new C-Class has been refreshed inside and out with new styling elements and internal components. Though the C-Class has grown across all dimensions - such as the wheelbase increasing by 2.5cm - the drag coefficient of just 0.24 has been retained from its predecessor.

All models now also feature powerdomes on the bonnet to further highlight the new C-Class's focus on sportiness. A wider track and 18" or 19" wheels also add to that effect. 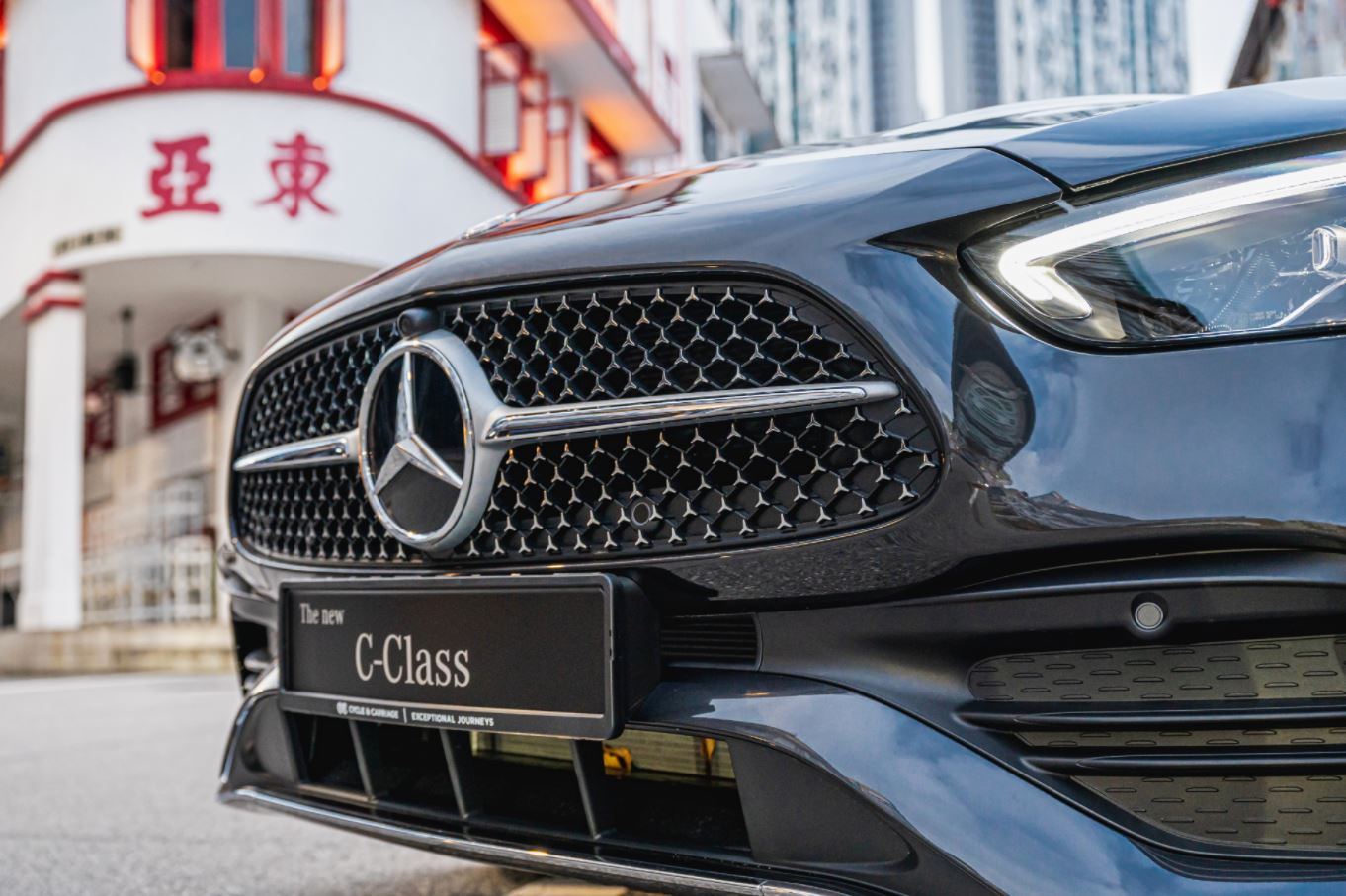 The front grille has gone through a major redesign with AMG Line models now featuring a diamond grille made up of 200 three-pointed stars.

The Avantgarde models will receive a more conventional grille with vertical slats and chrome surrounds. While all models get LED headlamps as standard, there is also an optional Digital Light headlamp array that shines with a resolution of over 2.6 million pixels. 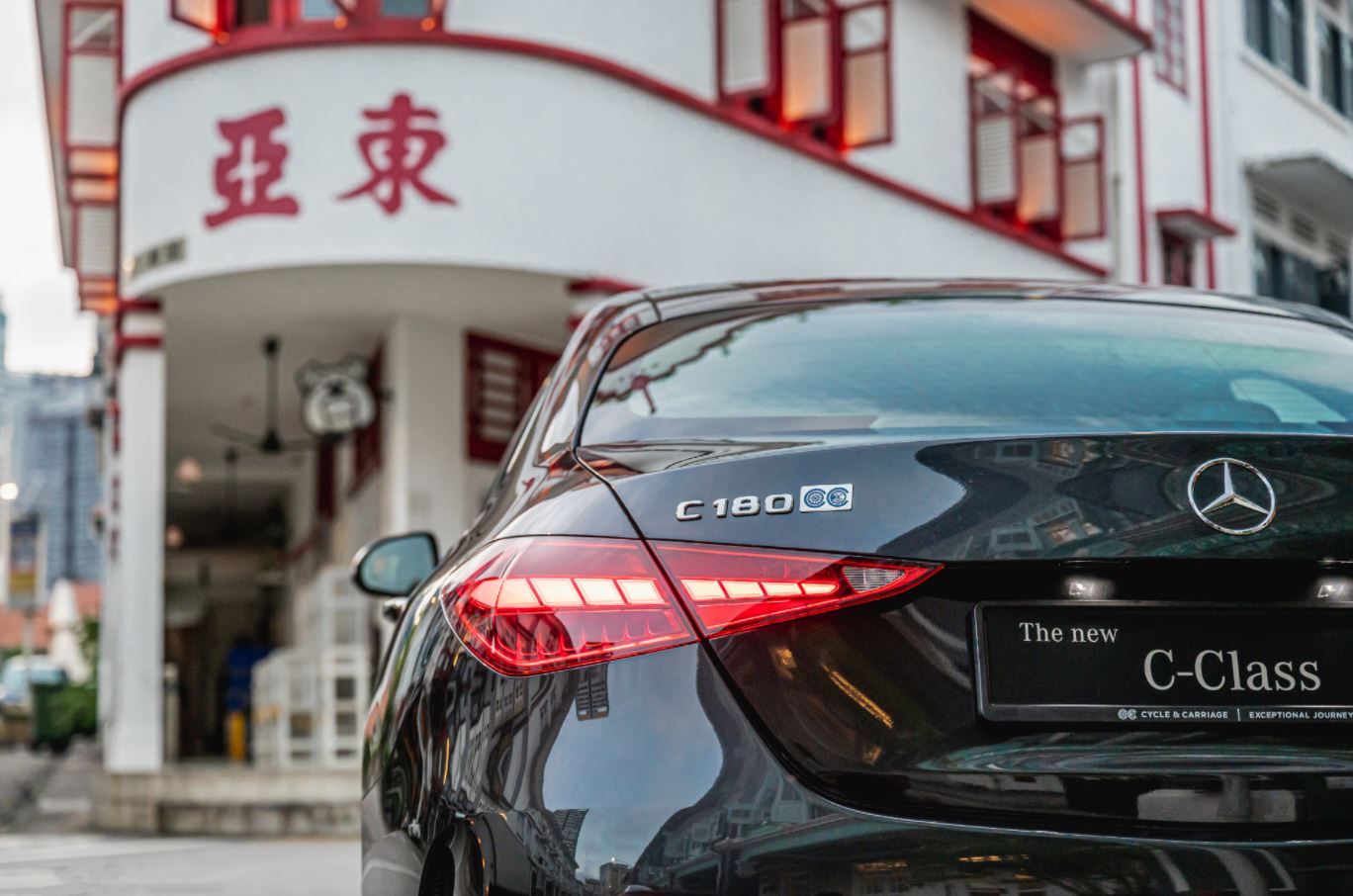 The rear of the C-Class now sports a two-piece design tail lamp that splits across the rear quarter and the boot lid.

The Avantgarde and AMG Line models also feature slightly different cosmetic features on the rear, such as optical air vents and exhaust trim. 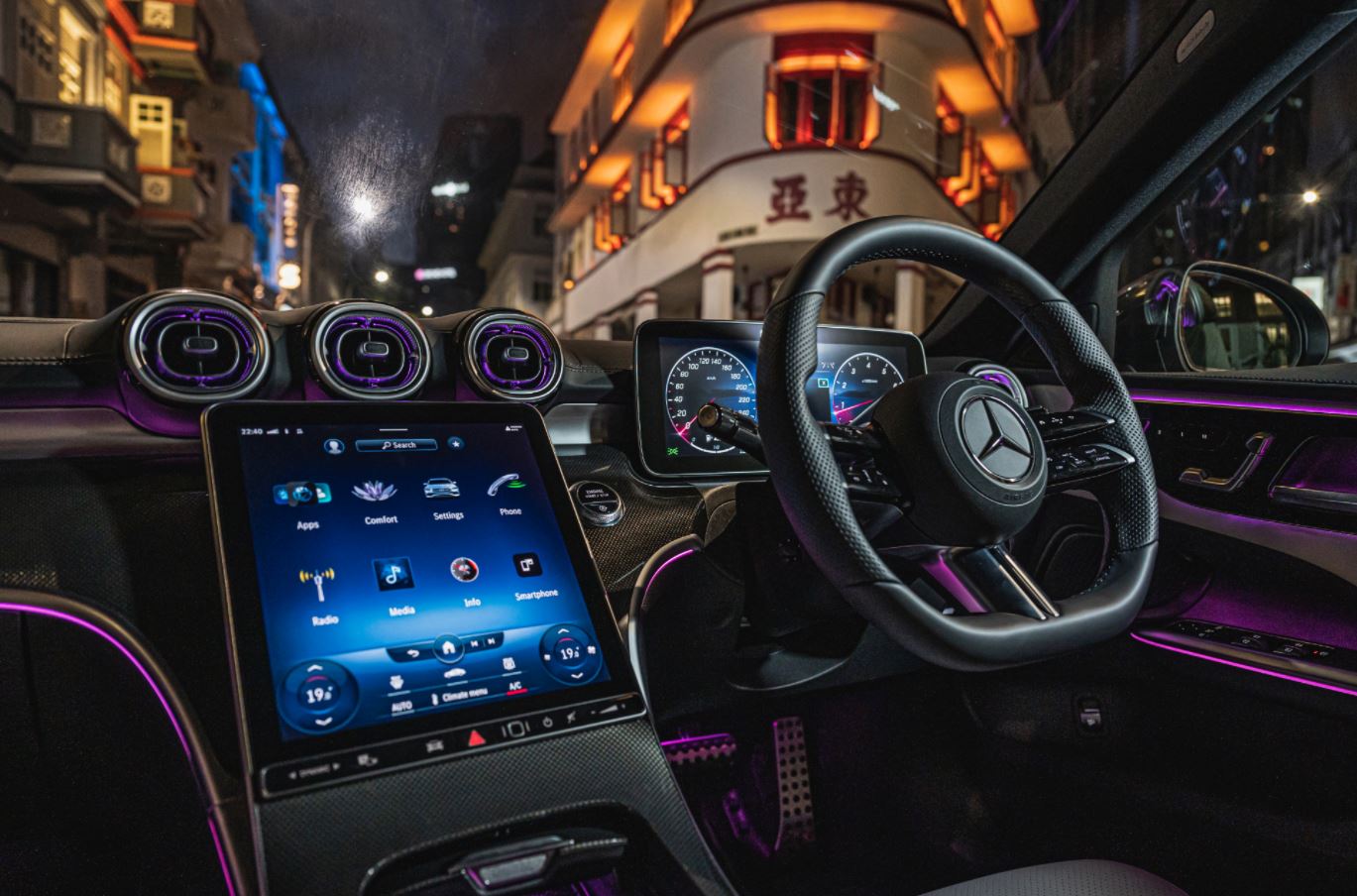 On the inside, the C-Class has received the interior debuted in the new S-Class with the highlight being the 12.3" vertical centre screen that runs on the new MBUX 2.0 system and houses several vehicle functions and all the infotainment options.

The driver also gets an 11.9" digital gauge cluster as standard. MBUX Augmented Reality for Navigation (optional for C180, standard on C200) is also available which superimposes navigation information on a video feed of the vehicle's surroundings. A colour heads-up display is also available as an option. 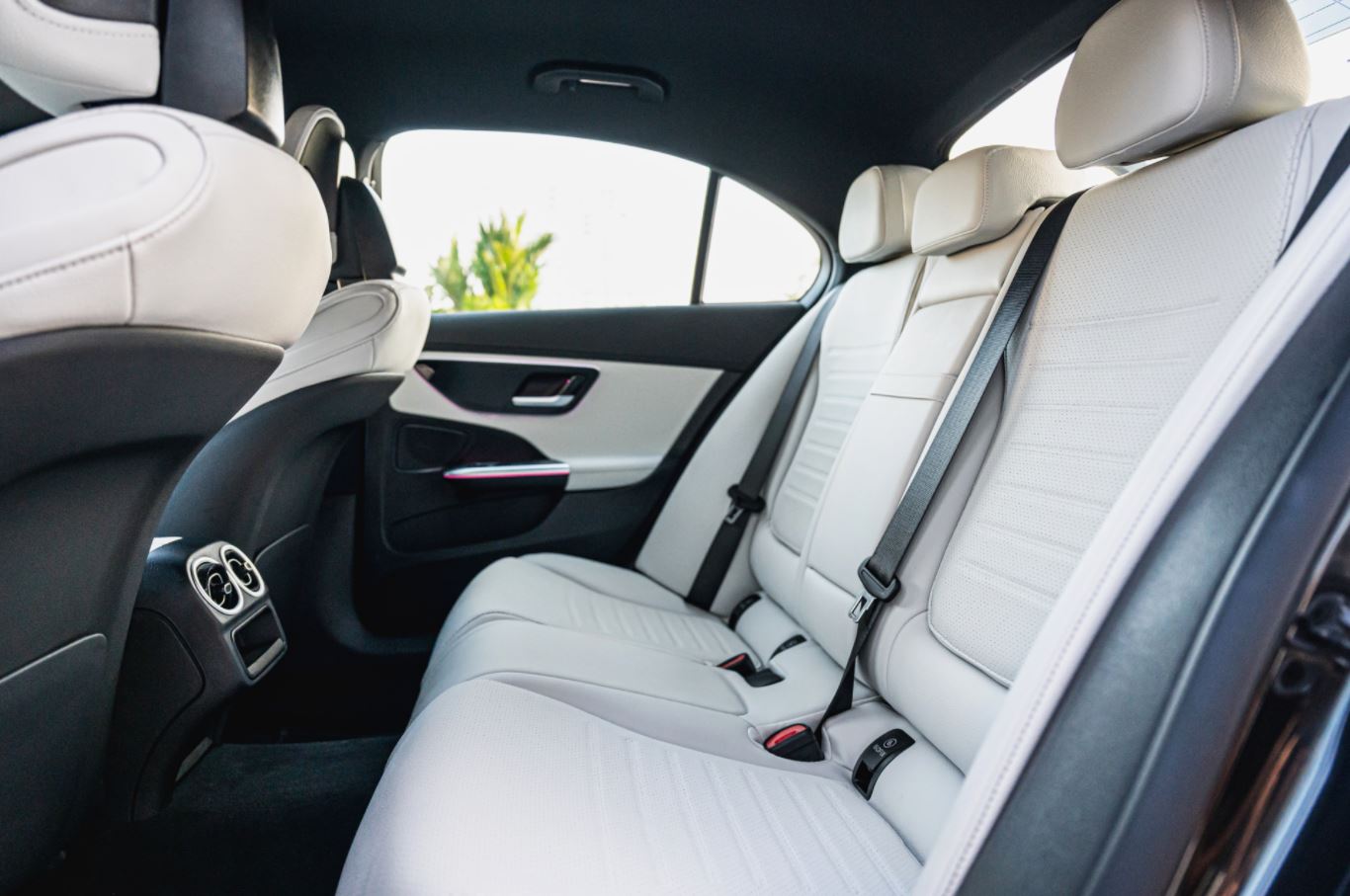 AMG Line models can be specced in two-tone leather and come with the Nappa leather sports steering wheel with shift paddles. However, all models get optical fibre ambient lighting with 64 colours as standard. 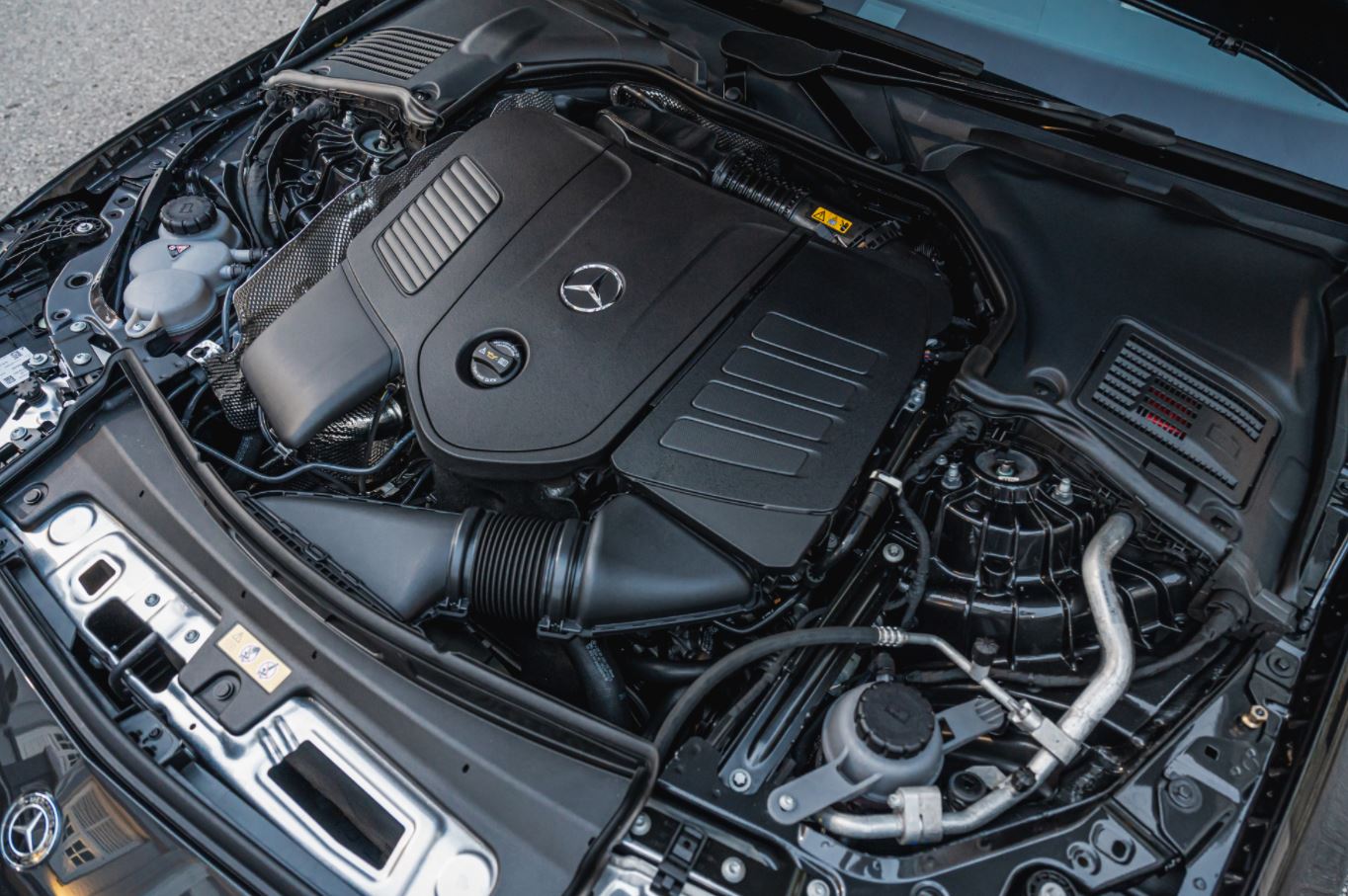 The new C-Class range is powered by a 1.5l four-cylinder turbo petrol engine with the 48V mild-hybrid system. A plug-in hybrid C300e model will be available in the coming months that will replace the 48V mild-hybrid system with a 25.4kWh battery that will allow for 100km of electric-only driving. Power in all models is fed to the rear wheels through Mercedes-Benz's 9G-TRONIC transmission.

For the first time, the C-Class also features rear-wheel steering that can turn up to 2.5 degrees. At up to 60kph, the rear wheels turn in the opposite direction to the front wheels to reduce the turning radius.

At speeds above 60kph, the rear wheels turn in the same direction as the front wheels to enhance handling stability at high speeds. 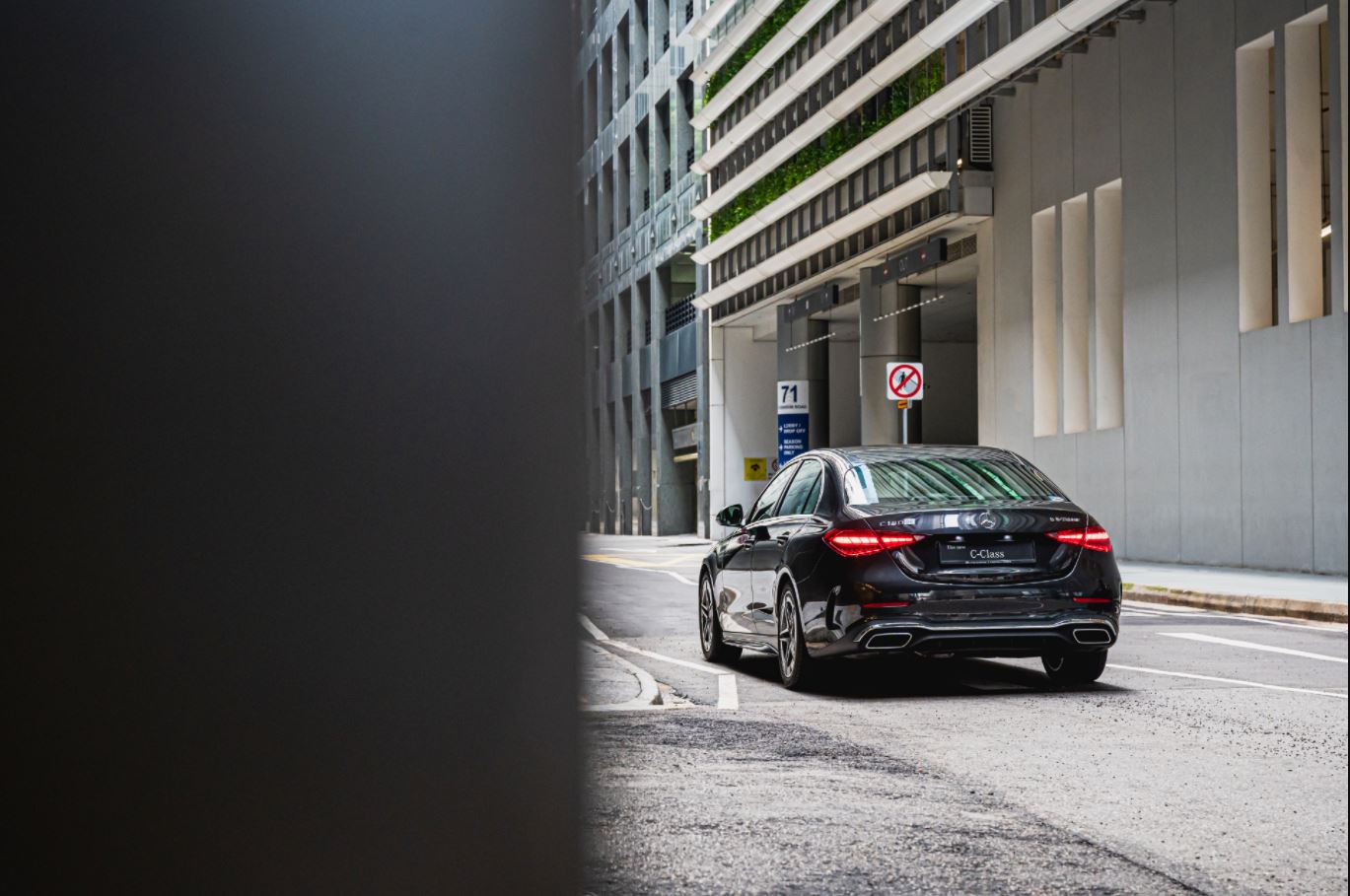 The C180 Avantgarde, C200 AMG Line, and C300e plug-in hybrid will all be made available for order in due course.

All prices are accurate at the time of writing.