To say that Trevor James is enthusiastic about food is somewhat of an understatement. Malaysia’s top YouTube food personality – better known as The Food Ranger to his 4.6 million subscribers – litters his video titles with dramatic hyperbole, capitalised words and copious exclamation points.

There’s the “level 9999” kola bhorta he tries in Bangladesh, and the “god level” cemita sandwich in Mexico made by a dexterous Puebloan woman whom James earnestly dubs “the sandwich ninja of Mexico”.

His sincere enthusiasm doesn’t just bring in the clicks on social media, but also wins the hearts of the street food vendors and hawkers that James interacts with during the course of his gastronomical adventures.

It’s also what gets James invited back to the food carts and kitchens of hawkers around the world, where he dives in headfirst to observe the creation of a huge range of local dishes.

“It’s amazing that we get to do what we do, and I’ve always found excitement in travelling all over the world,” James says. “It can be challenging to come up with new ideas, to create a long-form video every week – but I wouldn’t trade it for the world.”

The 32-year-old blogger has been filming his food tours and uploading them to YouTube since 2013 when he was an undergraduate, almost exclusively covering street food. He used to run his Food Ranger channel as a one-man show, but his wife Ting has since joined him on the production side.

“I do the eating and the editing, and Ting does the filming and trip logistics,” he laughs.

The duo spent up to 250 days a year on the road before the pandemic, documenting James’ mouth-watering meals at obscure street stalls and little-known hawker stands in places from Tibet to Turkey to Pakistan.

Despite the Canadian native’s peripatetic nature, he is currently settled in Malaysia, where he has lived since November 2019, before travel restrictions set in. James jokes that being able to eat durian every day is his “idea of a happy life”.

“When I first visited Malaysia in 2006, I immediately fell in love with the food and the people, and I remember thinking it would be an amazing place to live,” he says, recalling his first brush with local delights such as nasi lemak and beef rendang with relish. “I fell in love with how there’s a real mix of cultures and cuisines to try.”

As a teenager in the cosmopolitan Canadian city of Calgary, James was fascinated with the prospect of travelling to far-off lands. After graduating from high school, he laboured through a summer job to fund a four-month journey through Southeast Asia.

Later, during his second year at the University of British Columbia, he moved to China and never looked back. 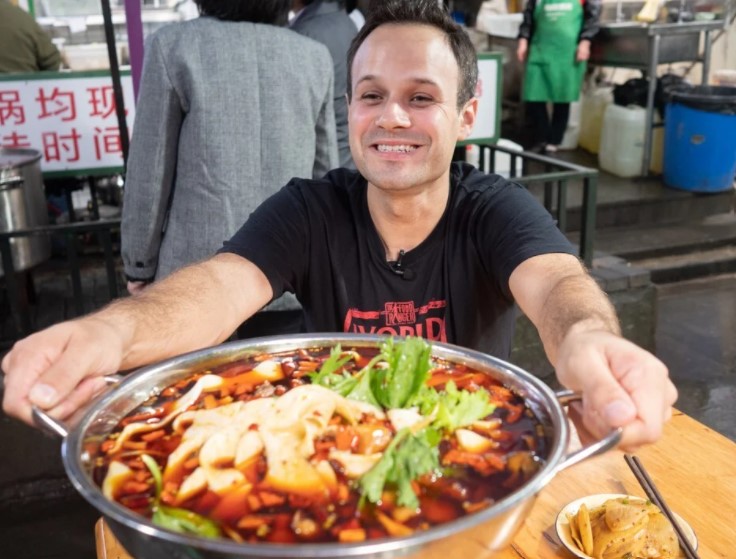 “My favourite food in the world is Chinese and Indian cuisine,” says James, who speaks fluent Mandarin – enough to astound any street vendor he encounters in China – and understands a smattering of other helpful words (“awesome”, “looks delicious”) in a range of other Asian languages. “I love strong flavours like durian, petai stink beans and spicy sambals – so living in Asia is the perfect place for me.”

Having spent most of his adult life in the region, James says he has seen first-hand how more developed Asian countries, including China, are starting to lose their street-food heritage.

He feels it’s a shame not just because it’s one less place for him to visit, but because he has a real love for these countries’ food heritage.

“I can see it in the comments on my channel – people love watching us visit street-food stalls and small family-run shops. They get excited to visit those stalls themselves after watching,” he says.

“For me, that’s where the best food is. It’s catered to the locals, isn’t changed at all for tourists, and you can chat with the vendors and other customers too. I love doing this to get to know a destination better – for me, it’s the best way to travel.” 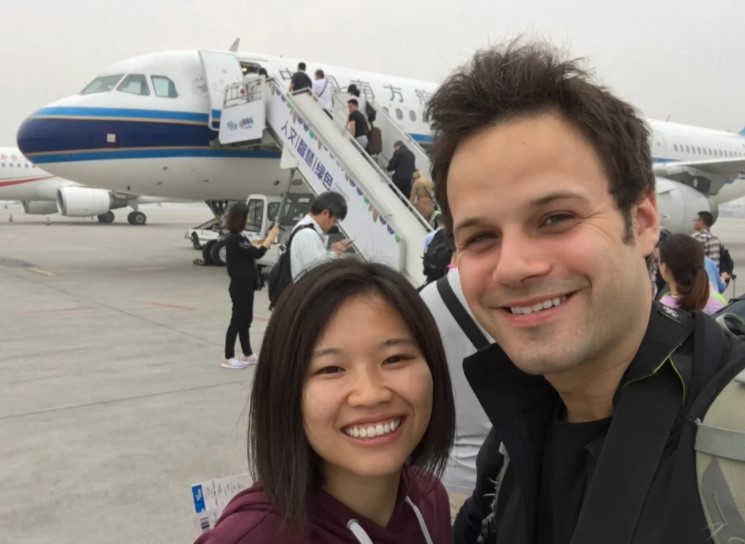 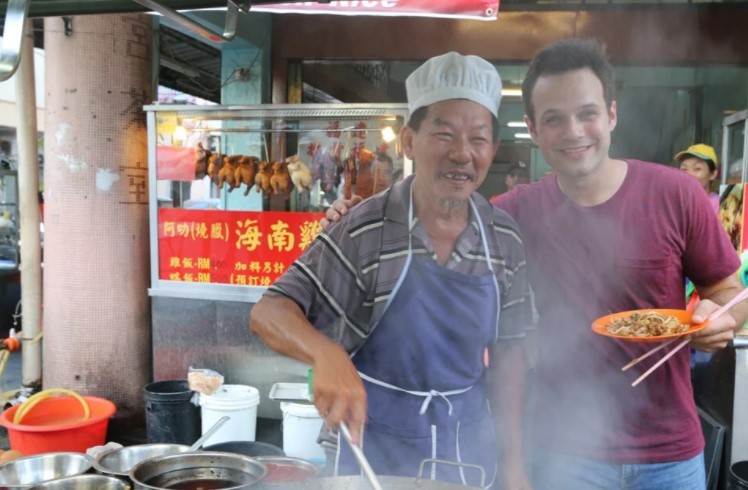 While James admits the incessant travelling does occasionally wear on his indomitable cheerfulness, he says he’s energised by the feedback he gets – not just from his legions of fans, but also the hawkers and street vendors he meets along the way.

“Recently, we visited an amazing hokkien mee stall near Kuala Lumpur, and I later received a message that the line is much longer since we’ve featured it,” he says. “Quite often, people will leave us comments saying that they visited a certain stall and it was delicious, or that a certain location is much busier after we featured it. That’s one of my favourite parts of doing what we do.” 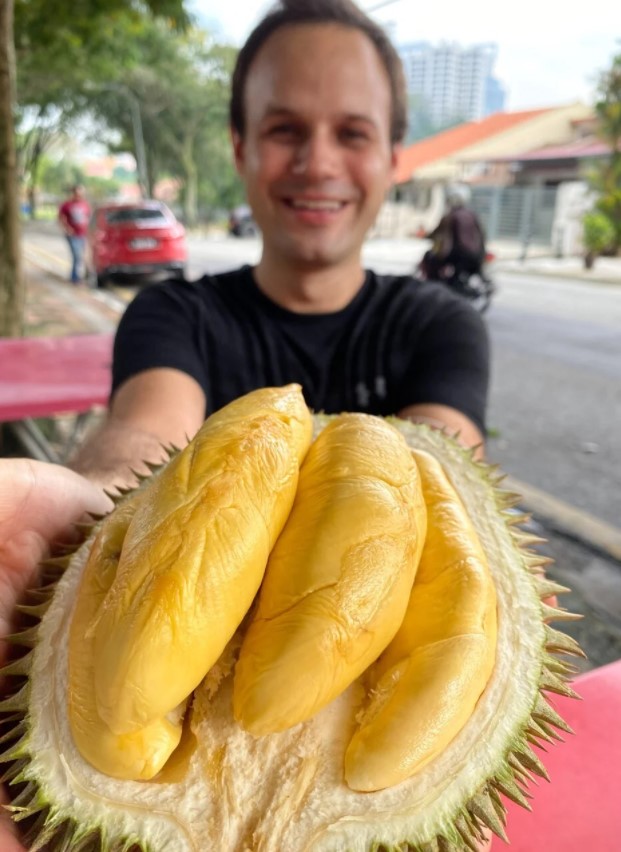 While James is kept busy with his current undertaking – he’s on a food-motivated road trip through Malaysia’s 16 regions and states – he is looking forward to the day when air travel resumes.

“We made a goal to visit every country in the world over 10 years, and I would love to continue that goal,” he says. “But once we can, we’re going to visit our families in Canada and China – I really miss my mum and dad.”