About a year after Night Owl Cinematic's Ryan and Sylvia showed off the '$2 million apartment' they co-owned, the penthouse unit has since gone through a massive $200,000 makeover following their divorce.

As one can expect, a lot can be done for $200,000 and the bachelor pad looks like it came right off the pages of a home and design magazine.

For one, the space now looks like an updated luxurious Japanese ryokan or American log cabin with all the trappings of modern technology. 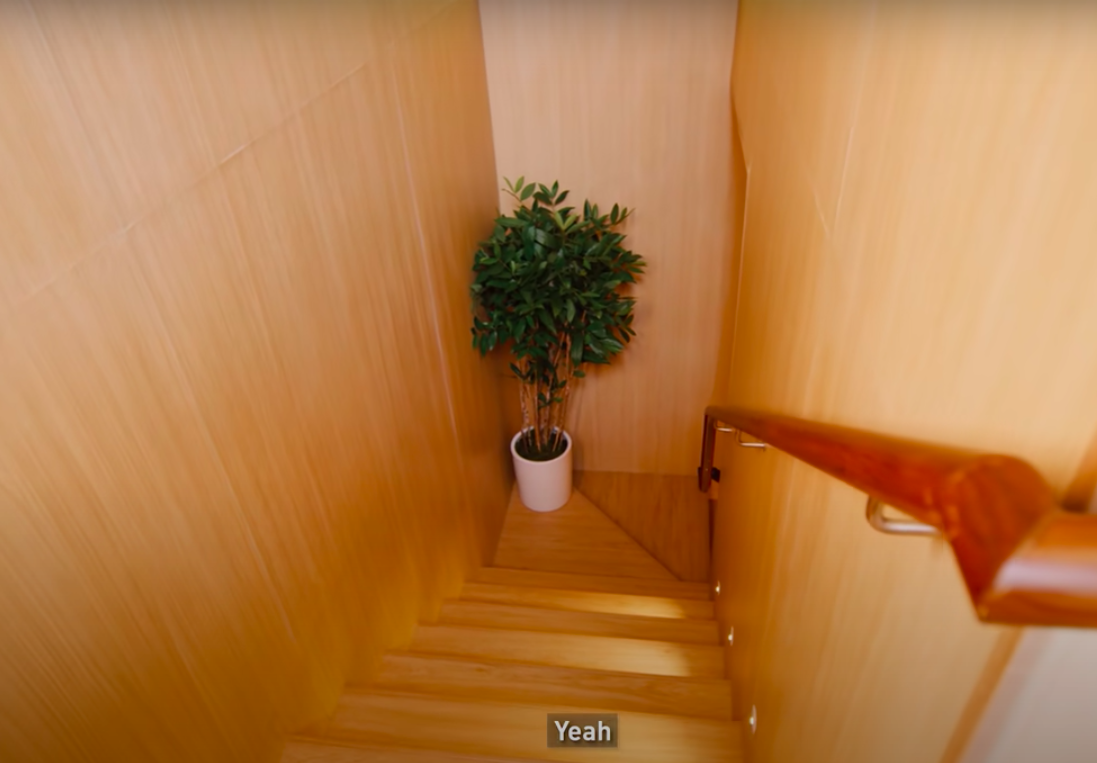 Due to his love of wood, even his ceiling and walls are overlaid with wood-like vinyl, including his balconies (he has two). 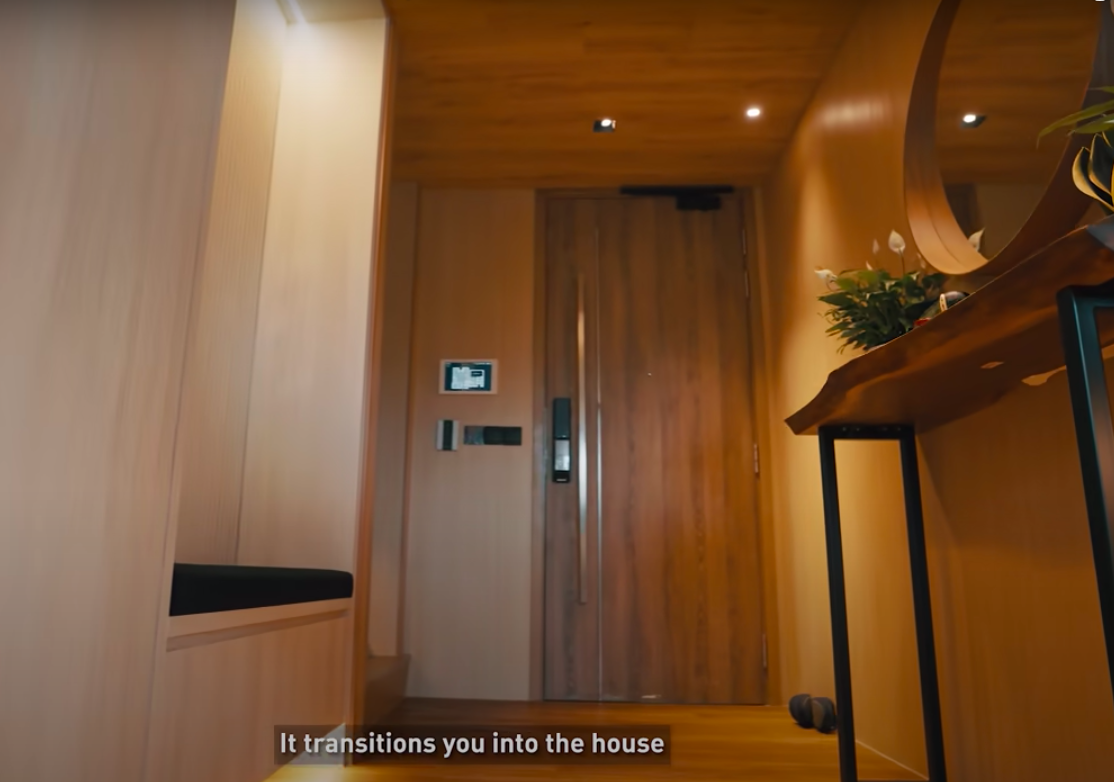 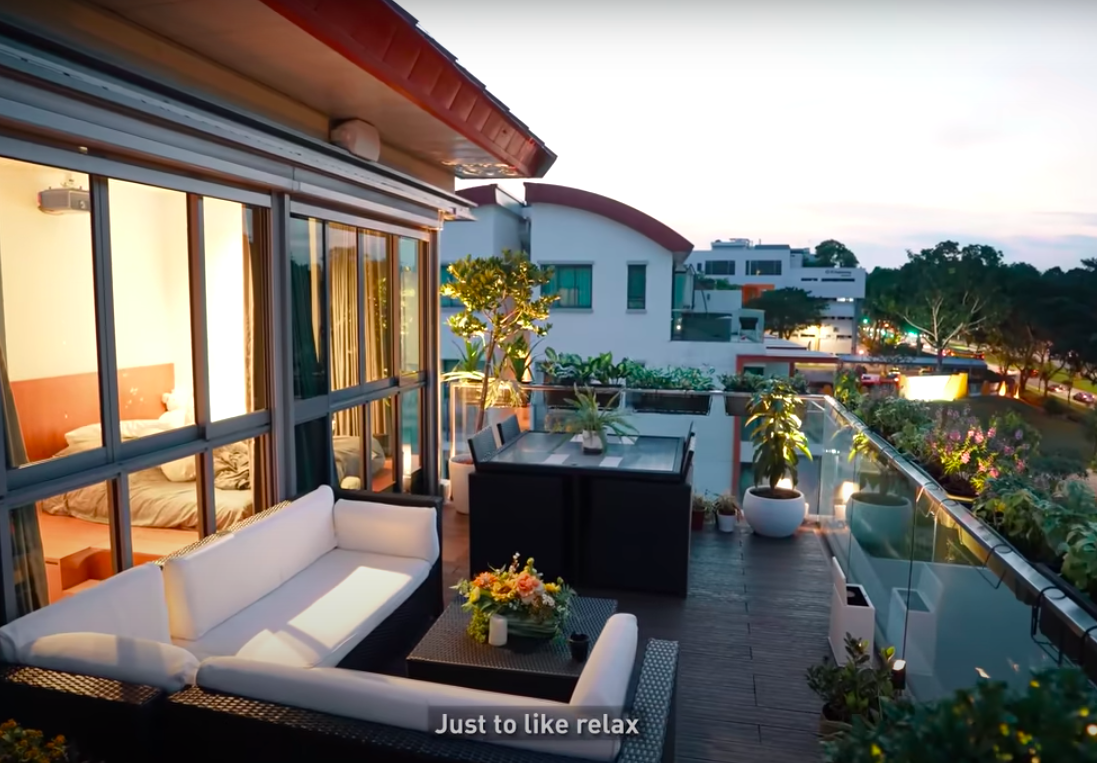 As per its previous incarnation, the apartment still retained its Smarthome features, but with some extras thrown in.

This includes voice-controlled lighting and Samsung fridge that not only allows you to receive and make phone calls but also see what's inside through an app.

The fridge in particular, is a dream come true for Ryan. He wrote on Instagram, "when I was young, I saw this fridge as a prototype and I told myself when I grow up, I would want this when I made it!" 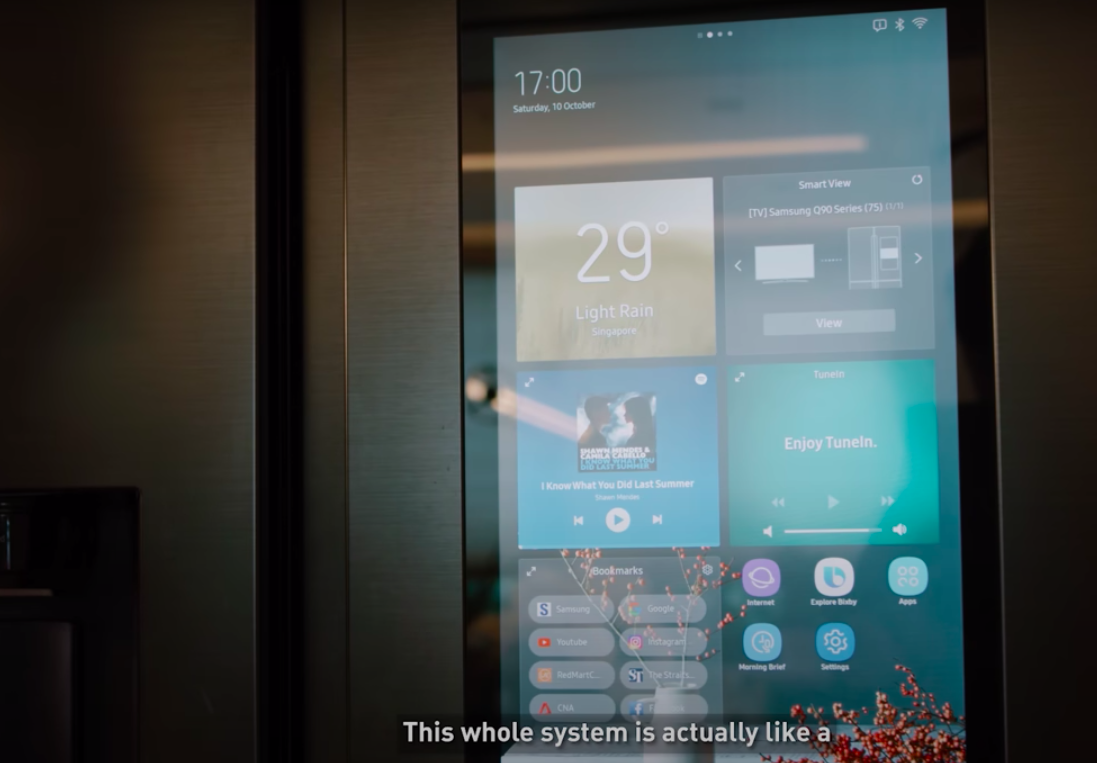 And speaking of 'extra', his home also boasts a Wi-Fi enabled smart water heater by Ariston, so that through the app, you can have your water heated to whatever temperature you choose, wherever you are and whenever you want.

Envisioned his home in The Sims 4 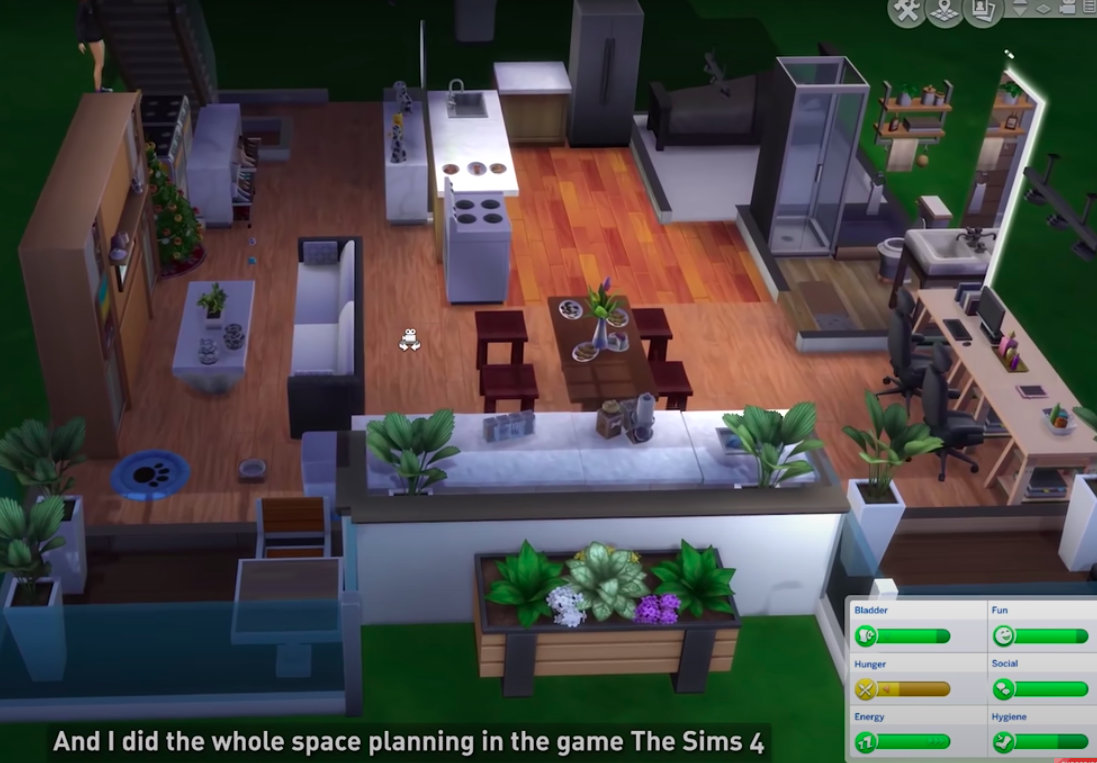 Some tech went into the planning process as well, as Ryan envisioned how his home would look like, using The Sims 4 game. Quite ingenious, and it's a tip I may actually try out for my upcoming home renovation.

In the video, Ryan says he used the life simulation game to do the space planning, so that he could tell his interior designer exactly what he wanted for his home.

No longer a 'Taobao home' 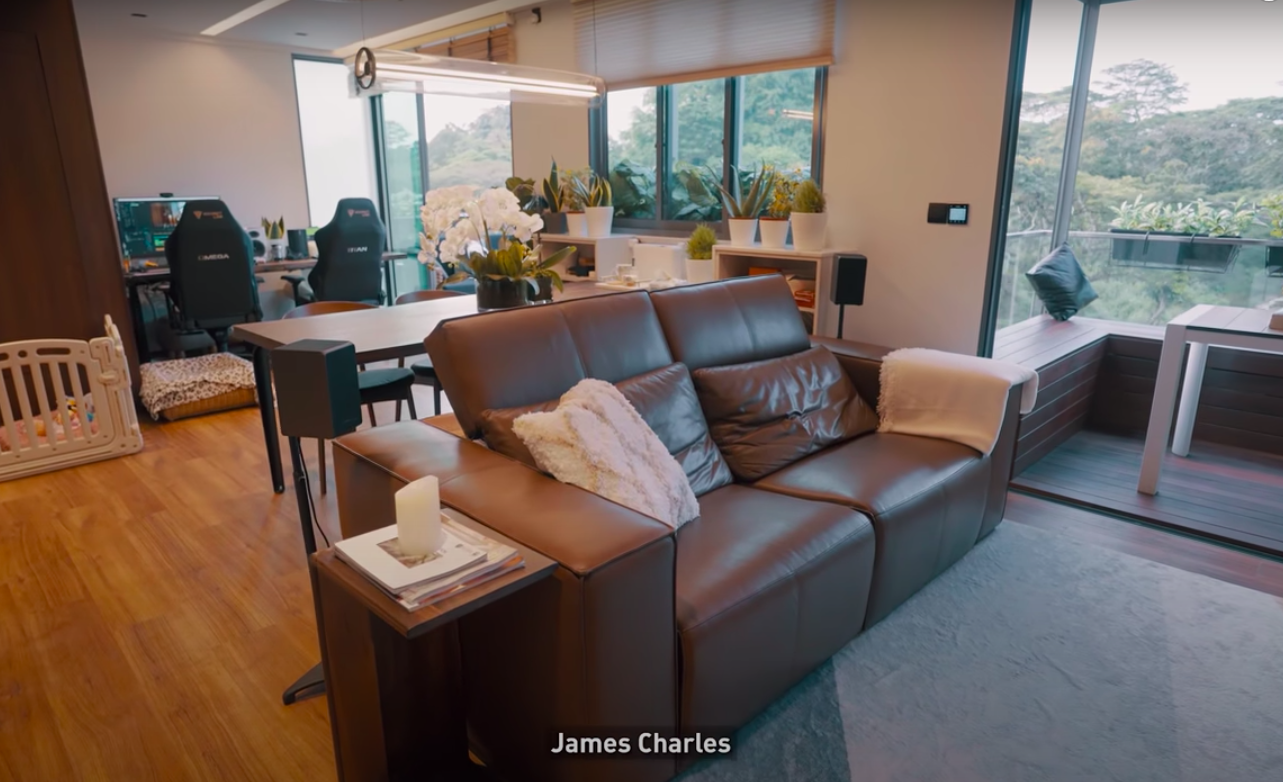 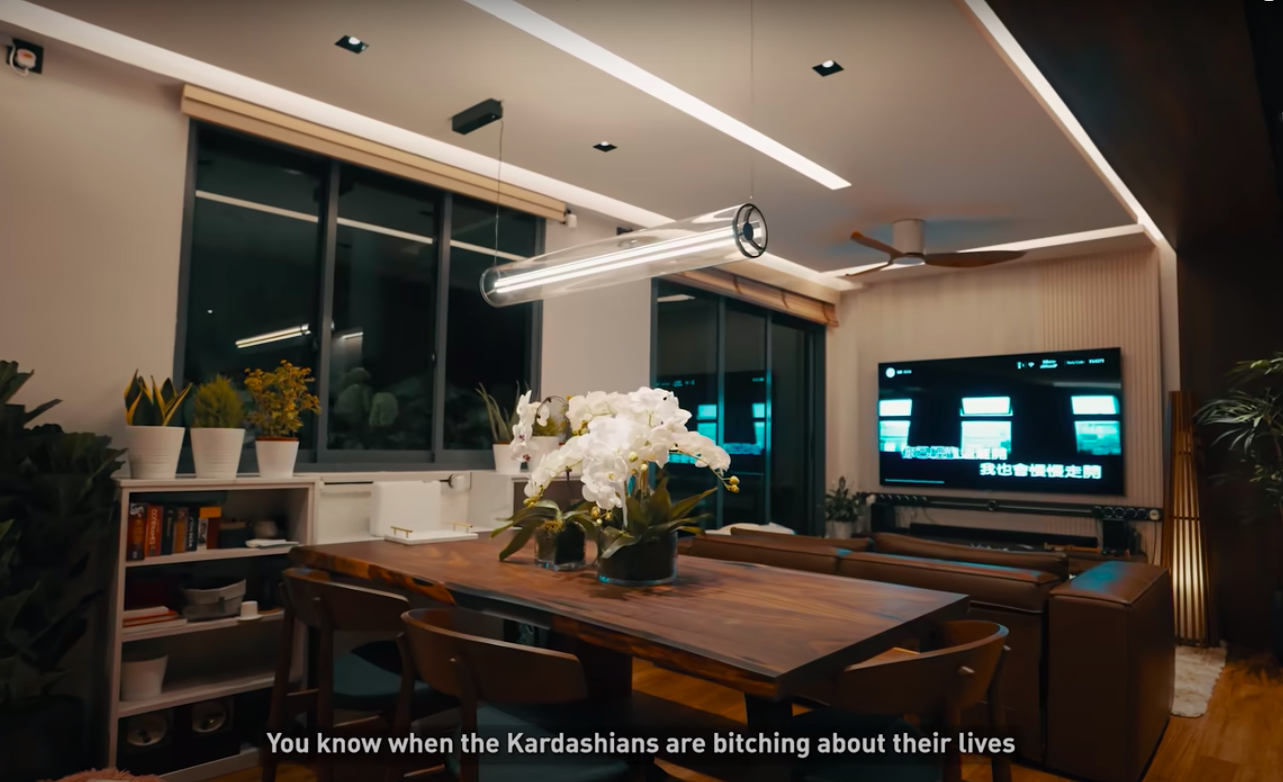 Besides a completely different look, one obvious difference that the space is much larger.

Two of the four bedrooms in the home were sacrificed with walls hacked to create a more spacious living and dining area.

One of his three bathrooms was also removed to accommodate a larger kitchen. 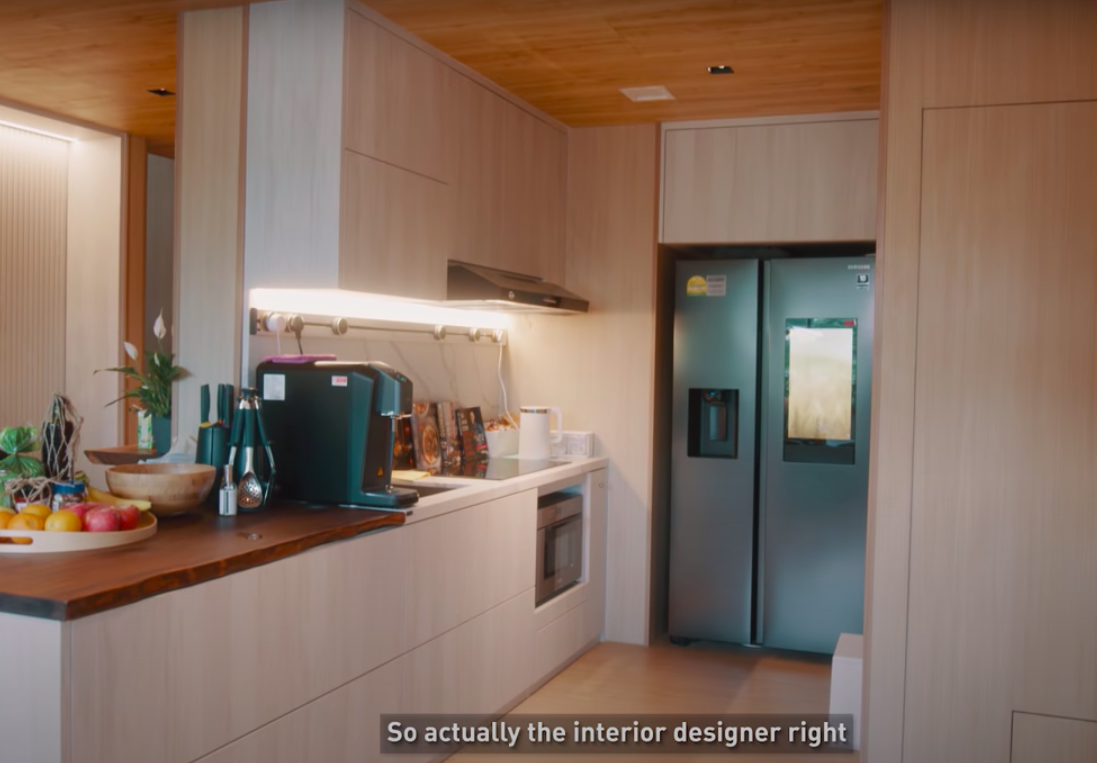 “Although I’m not a great cook, I do enjoy cooking from time to time, so my priority was a bigger kitchen."

Another big difference is that the furniture in the house is no longer "almost 100 per cent" sourced from (or sponsored by) Taobao. Instead, Ryan's new pad is furnished by Scandinavian furniture provider, Grey and Sanders. 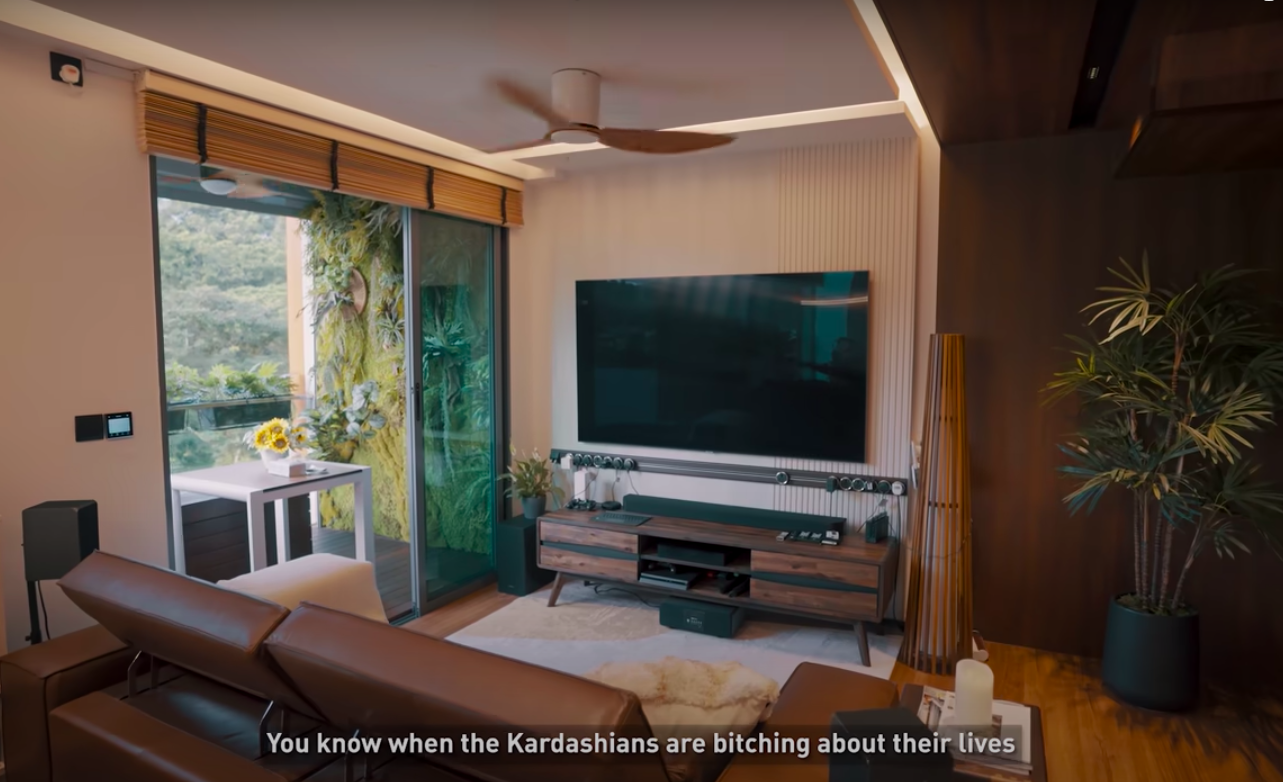 In his helper's room, an odd thing that struck us was definitely the fact that the washing machine is placed within the confined space, right beside the bed. 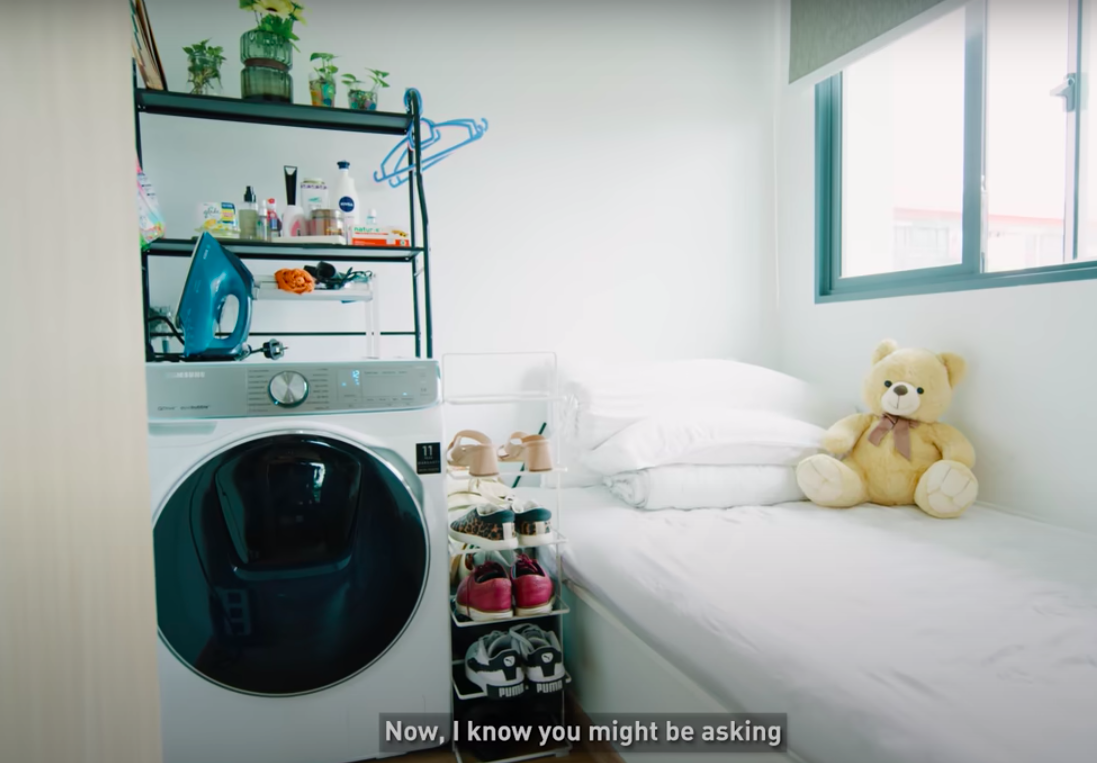 In a plug for the brand on how noiseless the machine is, Ryan explained: "Initially right, I asked her, if I put the washing machine here, just don't use it at night.

"But then she told me that she uses it at night because it's so quiet."

He has a 'vagina' table 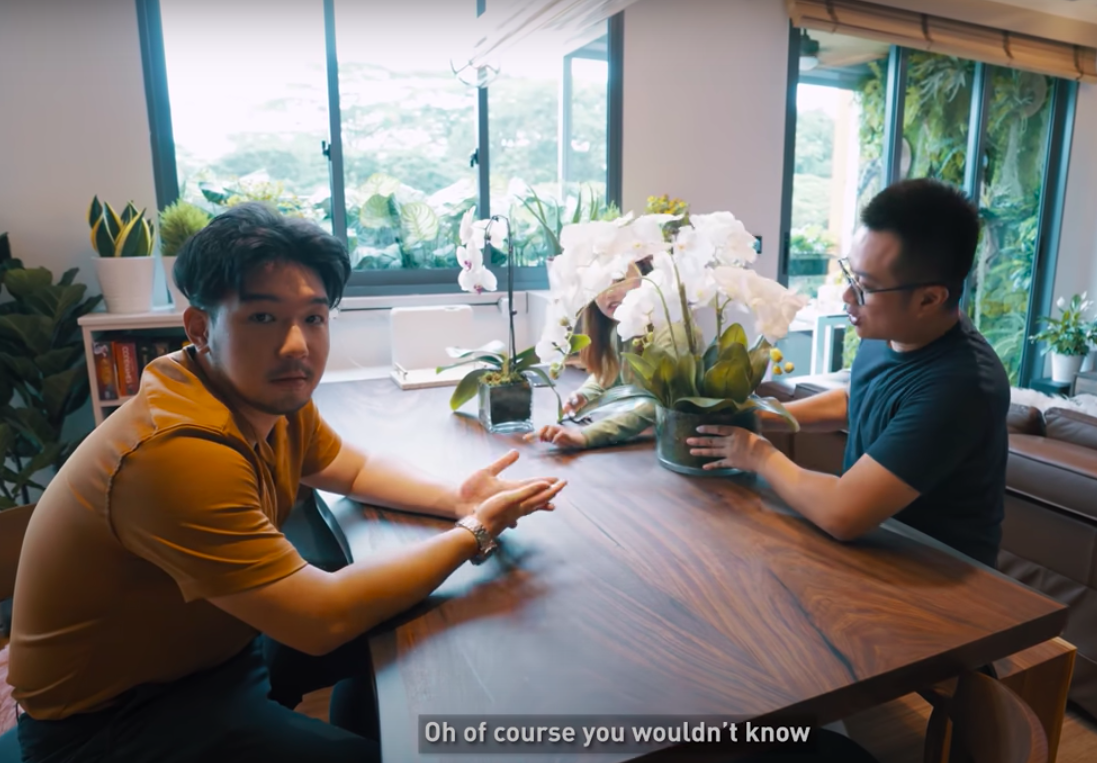 One item in the house that Ryan's super proud of is a wooden dining table which he calls a "vagina table". As for the reason behind its unusual moniker, it's because the formation of the wood grains resembles, well, the female genitalia.

More intriguingly, Ryan adds that he "spent a lot of time looking for this perfect slab". 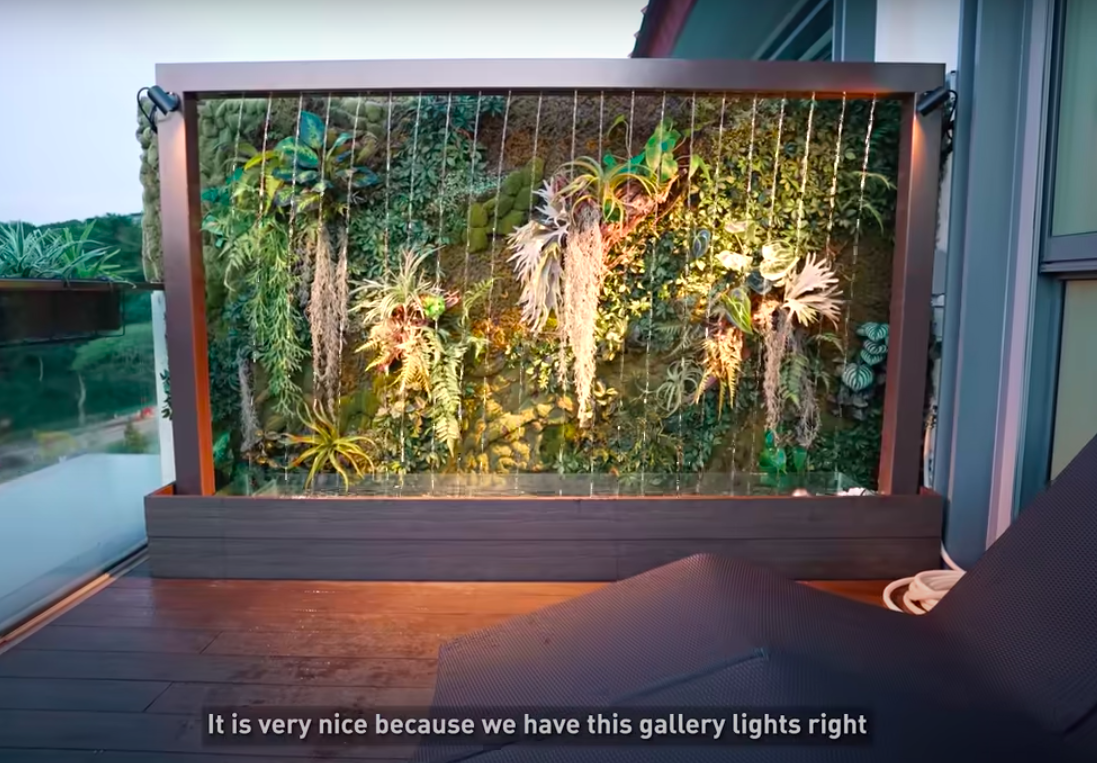 Being a huge dog-lover, Ryan's new pet pooch Mantou has taken over the space left by Porky, who's now living with Sylvia.

As before, all doors in the home have been fitted with a dog flap to grant the adorable Shih Tzu an all-access pass across the home.

And it seems post-divorce, the business partners are still on good terms, as they had stated in their tear-filled divorce announcement video.

Besides sharing that he's "happy now" and that "life is very good", Ryan also thanked his ex-wife for allowing him to proceed with the home renovation, which was impressively completed within a month.