Lina Ng admits to being 'tiger mum', shares how she prepares her kids for PSLE The Mediacorp drama Lion Mums is known to tackle topics that any Singaporean mum can relate to. Issues such as tuition, work-life balance and stressed out children are all addressed in the show.

Just like the three "lion mums" in the series, the stars who play the characters are hardworking mothers themselves. This includes local actress and host Lina Ng, who plays Chae Lian.

theAsianparent reached out to the celeb mummy to find out what life is like as a working mum in Singapore. Apart from being an actress, Lina Ng is a full-time mum of three sons. From her parenting style, to how she prepares her kids for exams and how she relates to her character, Lina doesn’t leave anything out. 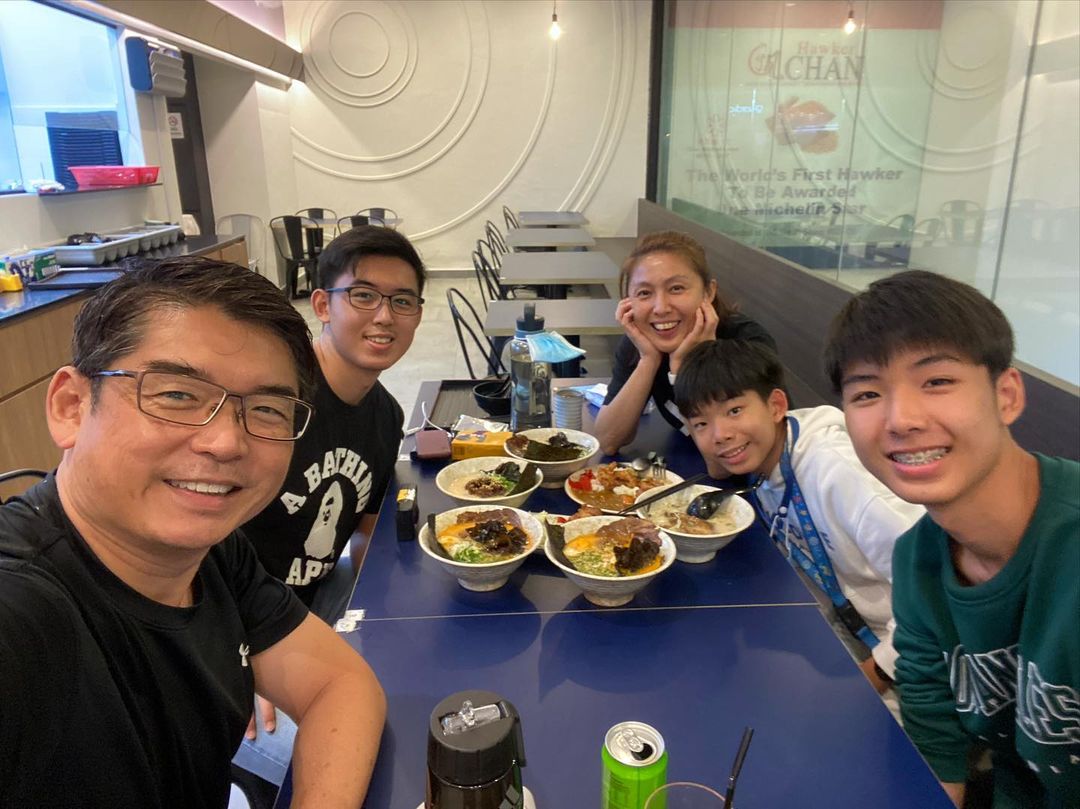 When asked what type of parent she is to her sons, Lina says she used to be a "tiger mum". But once they grew up, she became more like a friend to them.

The celeb mum is very hands-on when it comes to her kids. Lina shares how she can be “firm on discipline yet tender" as a mum.

For the actress, her priority is always her family. This is why she dictates her “off-limit hours” whenever she engages in jobs.

“Those are when I need to fetch my younger son to tuition or when there [are] special occasions at home,” she tells theAsianparent.

Lina adds, “When all my boys were below 12 years old, I chose to be a full-time housewife, driving the children to and from school and enrichment.”

The challenges of being a working mum

But balancing work life with your family isn’t that easy. The celeb mum has her own fair share of challenges as a working mum and one of her difficulties is finding time for herself.

“To do things I enjoy and having enough time to rest. There are so many things I need to manage. It just felt like too many things, so little time!” Lina stresses.

Another is her mental wellbeing as it is important for Lina to have time for some “self love”. This means “getting enough rest, eating well, time for exercises [and] leisure”.

Like other mothers, she also has worries such as whether her kids are “getting bullied” or if they'll go “astray” during their teen years.

Preparing her children for PSLE 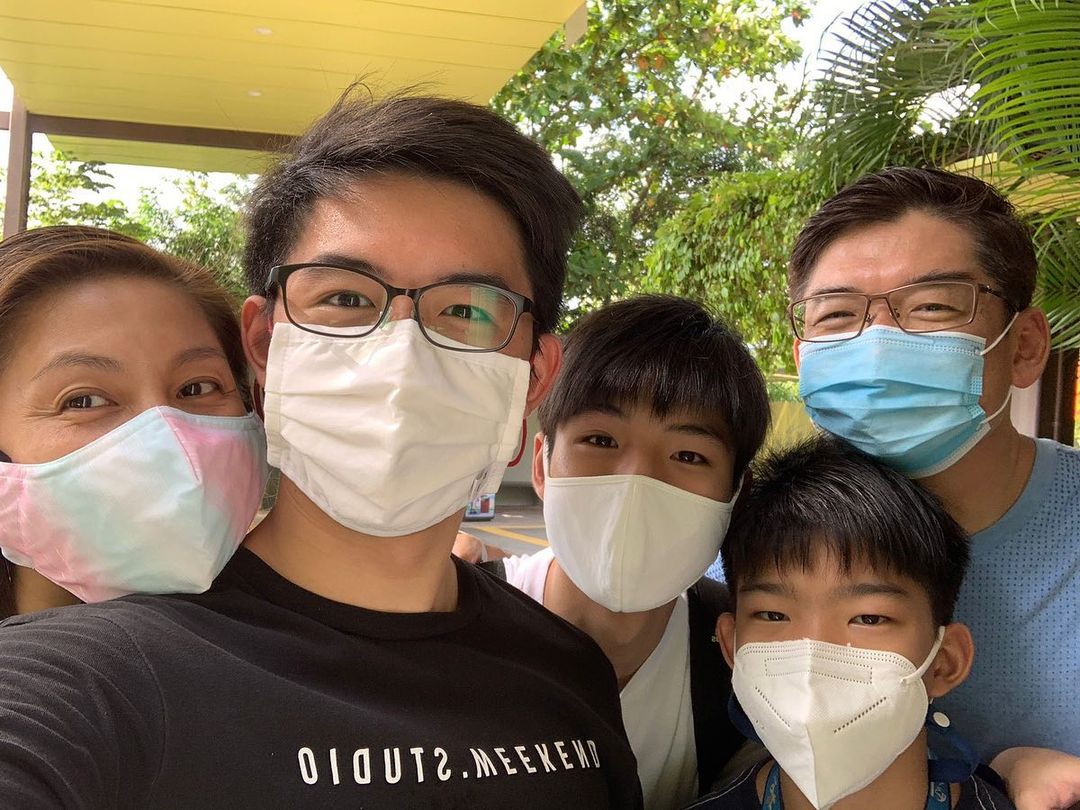 As for the Primary School Leaving Examination (PSLE), actress Lina Ng says she would typically take the year off to help her children prepare. But since she already has experience preparing for the PSLE with her two older boys aged 15 and 17, the celeb mum says she isn’t as stressed over her youngest child.

“The intensity will come at the end of Primary 5 when I have to prep him for Primary 6 preliminary exams, then the PSLE,” she says.

The Lion Mums star also shared some advice for parents who have children preparing for the examinations. 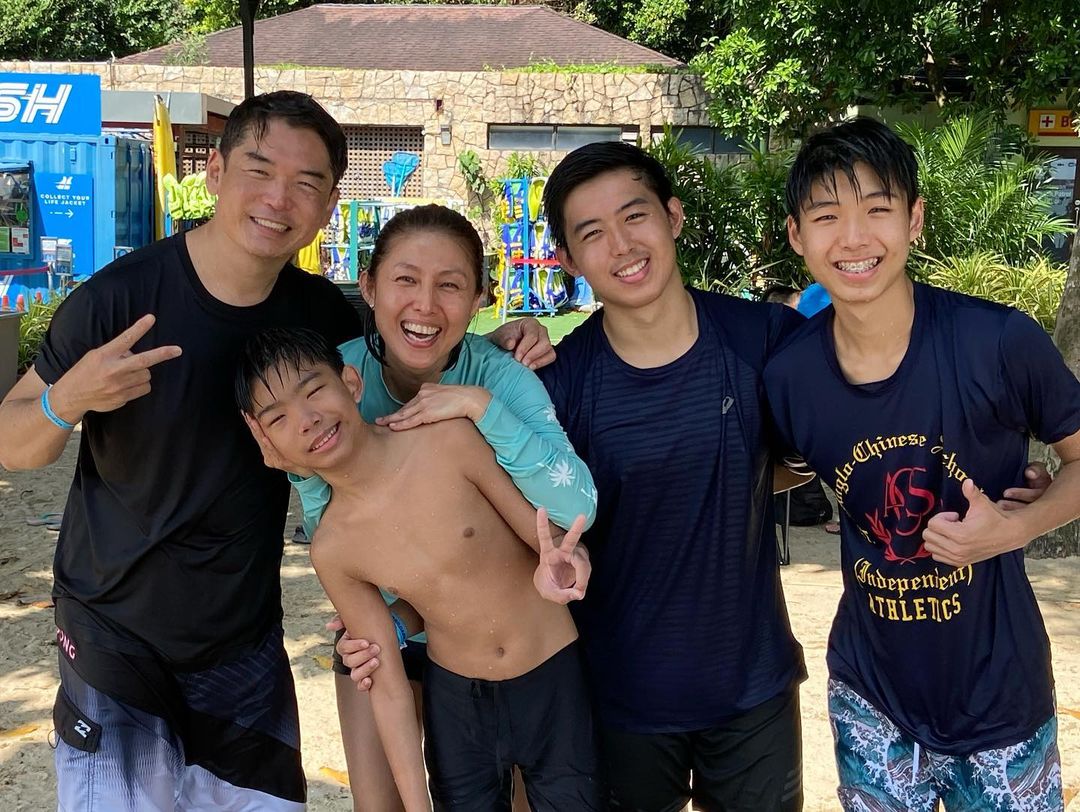 Lina’s character Chae Lin is an elitist mum who expects perfection from her children. Given that the actress has a healthy relationship with her three sons, we were shocked to hear that there are a few similarities she found between her and Chae Lin.

In the most reason season, her character shows signs of perimenopause, shares Lina.

"I’m reaching that age. Had ‘warned’ my hubby and sons of my mood swings [sic].”

She also finds herself relating in the moments when children talk back to her in a rude and argumentative manner or when she feels helpless in situations beyond her control, she says.

Before signing off with theAsianparent, actress Lina Ng also listed down some of her New Year’s resolutions, as well as plans she hopes to do with her family this 2022: